Preview: Teams ready to dive in on CFL Combine 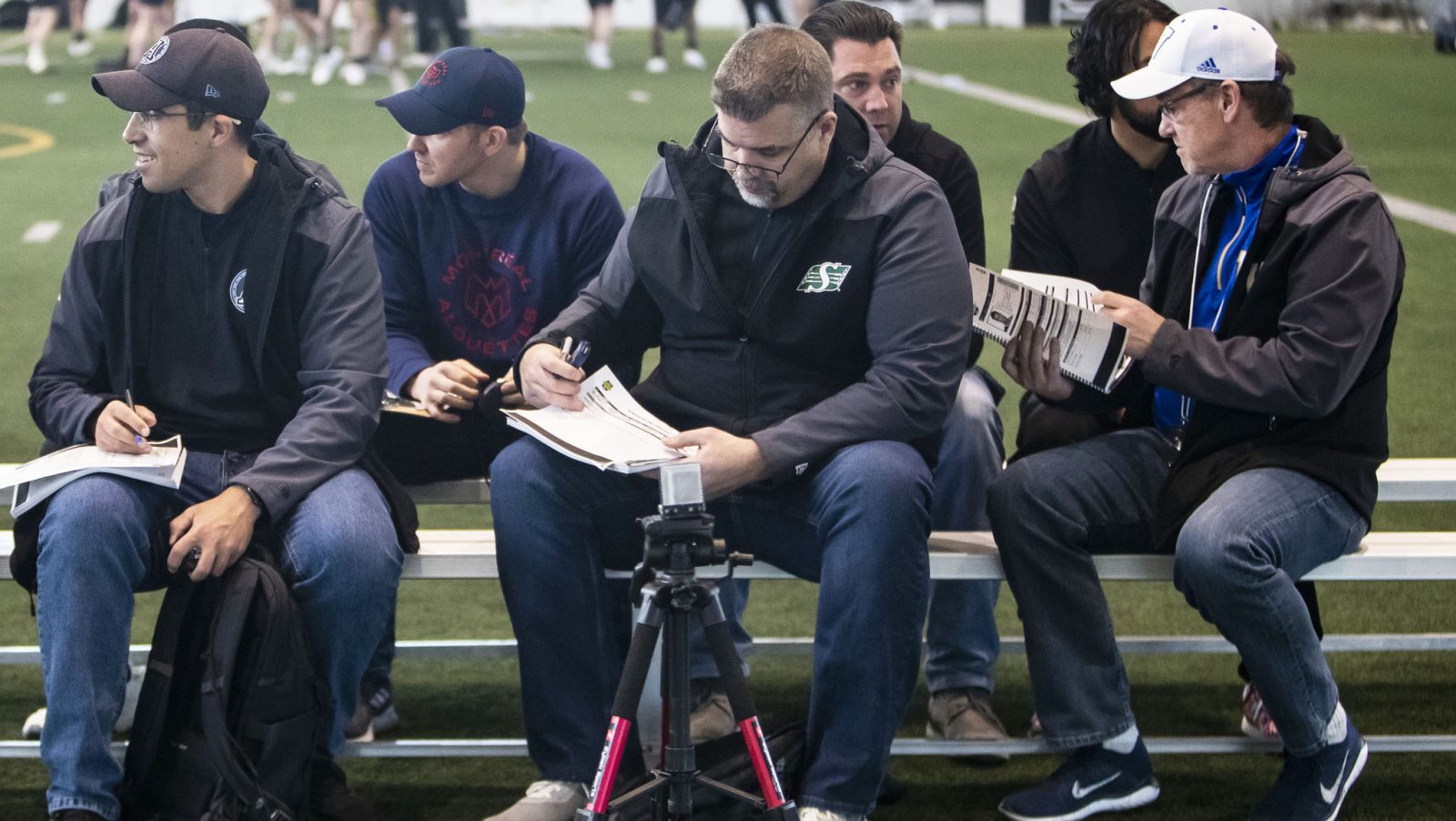 Preview: Teams ready to dive in on CFL Combine

TORONTO — In many respects, the bulk of the work is done for the CFL Draft-eligible class of 2022.

The prospects, whether they’re the 50-plus Nationals or the 34 Global players that will be on hand, have spent years with their teams, building up a resume that’s bolstered by stats, awards, championships, with much if not all of it on film. For the most part, the general managers, coaches and scouts across the CFL know who they’ll be seeing this weekend at the CFL Combine presented by New Era.

The combine is that one final stage for prospects to make, or maybe change an impression a team has of them. They’ll all have the chance to go through the physical testing and measurements of the combine, they’ll meet with teams for interviews and they’ll wrap up the weekend with one-on-ones, showing what they’re capable of in as close to a game-like setting as they’ll get before CFL training camps open a couple of weeks after the May 3 CFL Draft.

So what’s the best way to navigate this weekend? How does a prospect go about winning over a team and convincing them that they have to have them come draft time?

CFL COMBINE presented by New Era
» Landry: The art of the CFL Combine interview
» NCAA prospects to watch at the National Combine
» Check out the CFL Scouting Bureau’s winter rankings 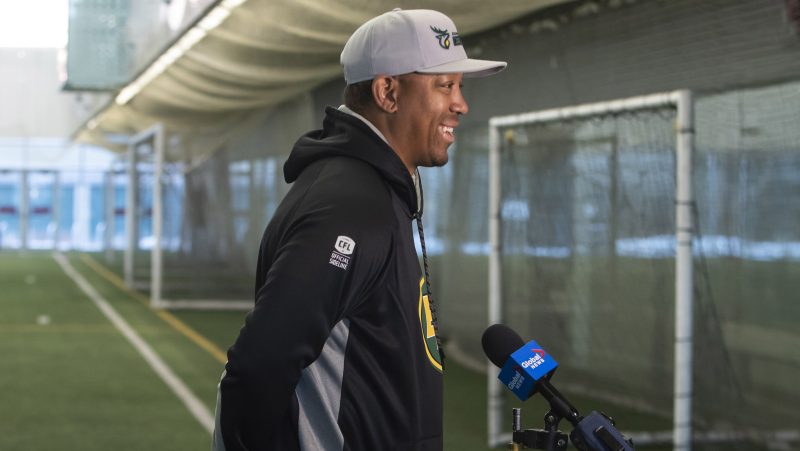 “Certainly we’re looking for the athleticism and the ability to change directions. A guy that can play multiple positions is intriguing,” Edmonton Elks GM and head coach Chris Jones said on Thursday.

“I think more so as I’ve gotten older we delve into more of the character issues and things of that nature to try to figure out exactly who we’re getting and if what we’re getting is as advertised.

“I think that that’s something that, like I say, used to (be) I didn’t worry about it at all. And now it’s become more and more (important). If you take a page from what Winnipeg has done, they’ve been able to put a group of guys together that do play with each other very well. And again, they have carryover from year-in, year-out, I think that leads to success.”

“Watching the film is one thing. You get an idea of what these guys are,” Elks assistant GM Geroy Simon added.

“This week gives us an opportunity to sit down and talk to these guys. Find out what makes them tick, find out why they did certain things in certain games and what makes them up as far as characters.

“This is a puzzle that we’re putting together. You’re not just going to find a bunch of players and throw them all in there and make it work. You’ve got to find the right pieces to to help your team win and that’s what we’re looking for.”

Jones, Simon and the rest of the Edmonton crew is working its first draft together, since Jones was hired in December. The Ottawa REDBLACKS are in the same boat, working under GM Shawn Burke, with a revamped front office all getting to know one another. While some personnel types have over the years put prospects in the hot seat during the interview sessions, Burke isn’t interested in a hostile atmosphere. 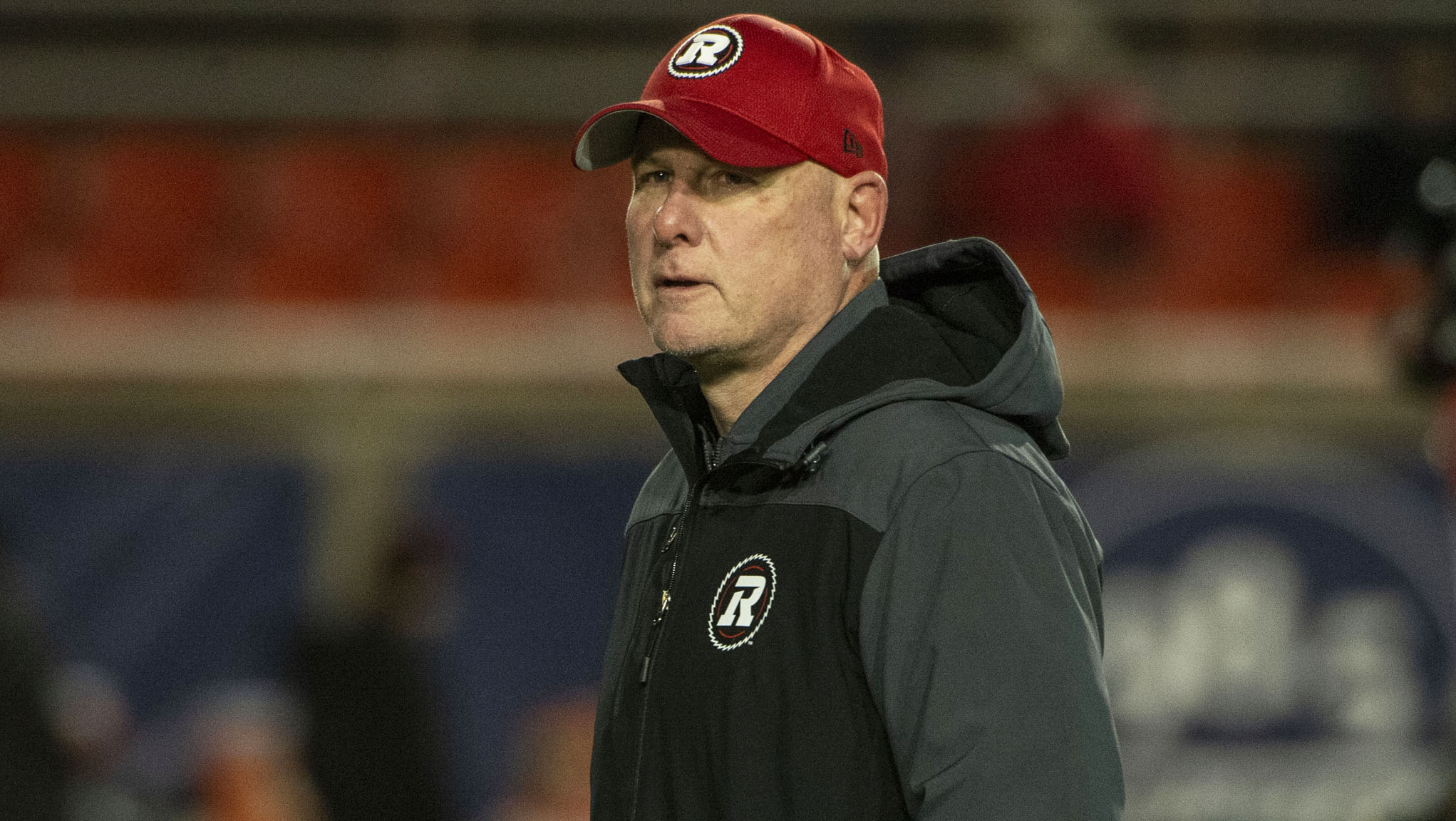 “I think it’s a special weekend for all the participants and you’ve got to respect that. It’s probably to this point, the highlight of their careers to be here this weekend. So we’re going to be an accommodating room,” Burke said, adding that there are other opportunities for teams to talk with the players leading into the draft and lots of time to cover off difficult topics.

“It’s only 15 minutes, so you want to make them comfortable,” REDBLACKS head coach Paul LaPolice said.

“You want to hear about them and their life stories and things we can learn about them. I’m always concerned, I want to know how they show me they have a passion for this game, because the two guys sitting here (LaPolice and Burke) have a huge passion for the CFL. How do they bring that out? How have we seen a passion for football? Because it’s a hard business.”

This weekend will mark the first in-person National Combine that the league has held in two years. The pandemic forced the cancellation of all but the Ontario Regional Combine in 2020 and participants last year sent in video of their testing results as part of a virtual combine. Being back and in-person will make a big difference for everyone involved.

“I think it’s good to get all of us coaches and even general managers in the same area and we can talk in more of a friend environment,” Calgary Stampeders head coach Dave Dickenson said.

“I’m looking forward to meeting these guys, not only (for) the interviews; I just really do a much better job at seeing people in-person. I know for myself, the game is played in a certain way on the field and I’m looking for certain things. So when I can actually see it in person, I believe a little more. What my eyes tell me gives me a little more belief.”