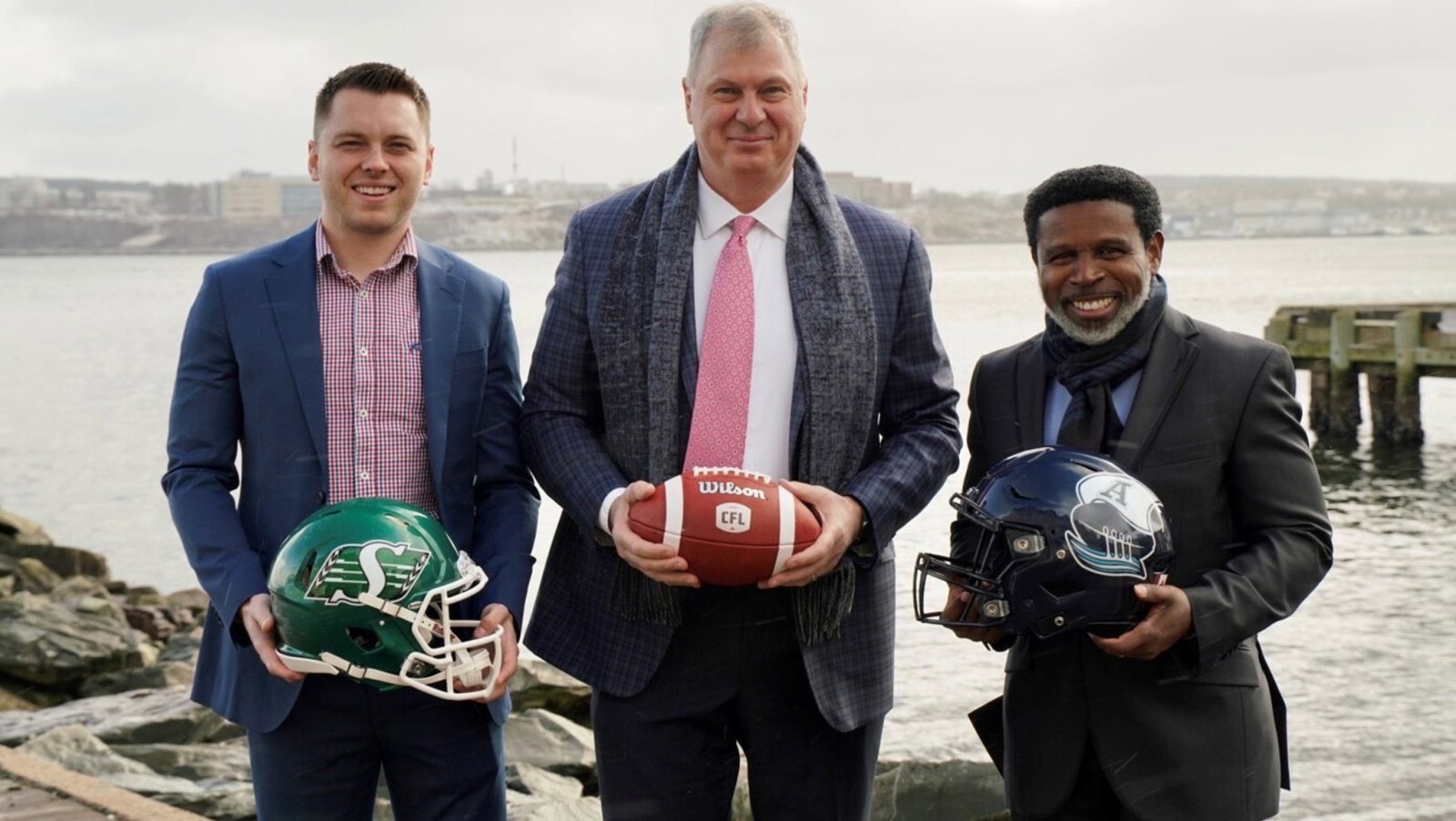 HALIFAX — The east coast’s biggest celebration of football – Touchdown Atlantic – will return to the region on Saturday, July 16 as the Saskatchewan Roughriders take on the Toronto Argonauts.

“We’re so thrilled to welcome CFL football to Nova Scotia, and we couldn’t be more excited for the return of Touchdown Atlantic!” said CFL Commissioner Randy Ambrosie.

“Come for the game and stay for a vacation. We’ll bring the football and we’ll bring the fun. But together, we’ll build the atmosphere and create Atlantic Canada’s event of the year!”

RELATED
» Lauther, Muamba get back to Maritime roots for TDA game
» Steinberg’s MMQB: 5 big names poised to return to form in ’22
» Re-watch the entire CFL Combine presented by New Era 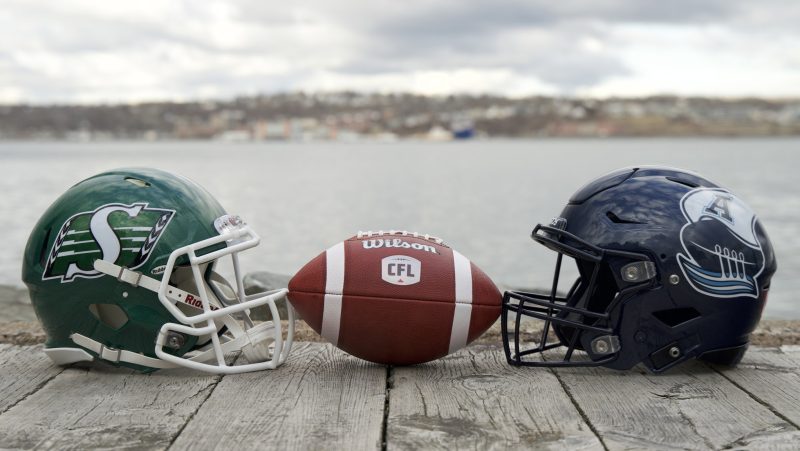 The province of Nova Scotia will host its first regular-season CFL game on July 16, when the Riders and Argos make the trip to Wolfville for Touchdown Atlantic (Kyle Scott/CFL.ca)

• Saskatchewan Roughriders at Toronto Argonauts on Saturday, July 16
• Acadia University’s Raymond Field in Wolfville, N.S., will install approximately 7,000 seats to reach a capacity of 10,000 for the game.
• Bus transportation will be arranged on gameday to deliver fans from Halifax to Acadia University.
• Gameday will feature a pre-game tailgate at nearby President’s Field with live music, food and beverage vendors, and activities for the whole family.
• Ticket-holders for the 2020 edition of Touchdown Atlantic have been contacted with information regarding ticketing and repurchasing.
• Public sale begins on April 26.
• Average ticket prices are approximately $50.

• Teams to arrive earlier in the week to engage the community and welcome CFL football back to the region.
• Ambassatours to offer wine tours, Bay of Fundy excursions and harbour cruises, to celebrate the region and showcase a few of its many offerings.
• In association with Football Nova Scotia, players from Saskatchewan and Toronto will host a number of football camps for the community.
• Grey Cup 109 Team Party Headquarters: The CFL championship game will be hosted in Regina on November 20. To kickstart the celebrations surrounding the Grey Cup, the Saskatchewan Roughriders, the Toronto Argonauts and the Atlantic Schooners will join forces to host fans at the east coast’s biggest block party, featuring a nightly concert series.
• In celebration of the 2022 Halifax Pride Festival (July 14-24), CFL alumni will host football clinics for women and members of the LGBTQ2+ community to reach new fans and those looking to better understand the game.

“Touchdown Atlantic is a celebration of not only our game, but also this incredible part of the country and the people who call it home,” added Ambrosie. “Atlantic Canada is an important part of our CFL family, and for three unforgettable days in July, Canadian football will stand tall on the region’s biggest stage.”

The 2022 edition of Touchdown Atlantic will represent the first-ever regular season game played in Nova Scotia. The province previously hosted a pre-season contest at Saint Mary’s University’s Huskies Stadium in 2005. Moncton was home to Touchdown Atlantic games in 2010, 2011, 2013 and 2019. The 2020 event was cancelled due to the COVID-19 pandemic.

“On behalf of the Steering Committee, we are thrilled to welcome the CFL to Nova Scotia this July. The excitement and enthusiasm for Touchdown Atlantic here in the Maritimes just goes to show that Canadian football has a home in Atlantic Canada, and we are ready to welcome fans from across the country to experience some great east coast hospitality.”
– Bruce Bowser, Chair, 2022 Touchdown Atlantic Steering Committee

“This is a wonderful opportunity to showcase Wolfville, Acadia and this amazing part of Nova Scotia and Canada, with its farm markets, vibrant wine industry and heritage sites that are foundational to the entire Country.”
– Wendy Donovan, Mayor, Wolfville, N.S.

“Acadia is pleased to welcome the Saskatchewan Roughriders and Toronto Argonauts to Raymond Field in Wolfville. It’s a wonderful opportunity for our campus and community, and in particular, our renowned Axemen football program, to experience the excitement of professional football. We are very grateful to the CFL for this incredible opportunity.”
– Peter J. Ricketts, President and Vice-Chancellor, Acadia University

“From my first visit to Atlantic Canada, I thought and often say that these may be the nicest people on the planet. Its natural beauty, and the infinite fervour for sport and life, spanning the entire region, is captivating. Atlantic Canada hosting us on July 16 is indeed a gift, and a permanent team on the east coast would be a treasure!”
– Michael “Pinball” Clemons, General Manager, Toronto Argonauts

“I know I speak for all of Rider Nation when I say how excited we are to be playing in Touchdown Atlantic. Our fans believe in the power of the CFL to bring this country together, and I can’t wait to see how the passion of our fanbase blends with east coast hospitality.”
– Craig Reynolds, President and CEO, Saskatchewan Roughriders

“I wouldn’t be where I am today without the support of my friends and family in Nova Scotia, and to play a game in front of them this season will be unforgettable. There is a lot of love for football in Atlantic Canada. I hope by bringing the game to the east coast, we can inspire the next generation of CFL players.”
– Brett Lauther, Kicker, Saskatchewan Roughriders; Native of Truro, N.S.