Stock Assessment: Breaking down the big men in the trenches 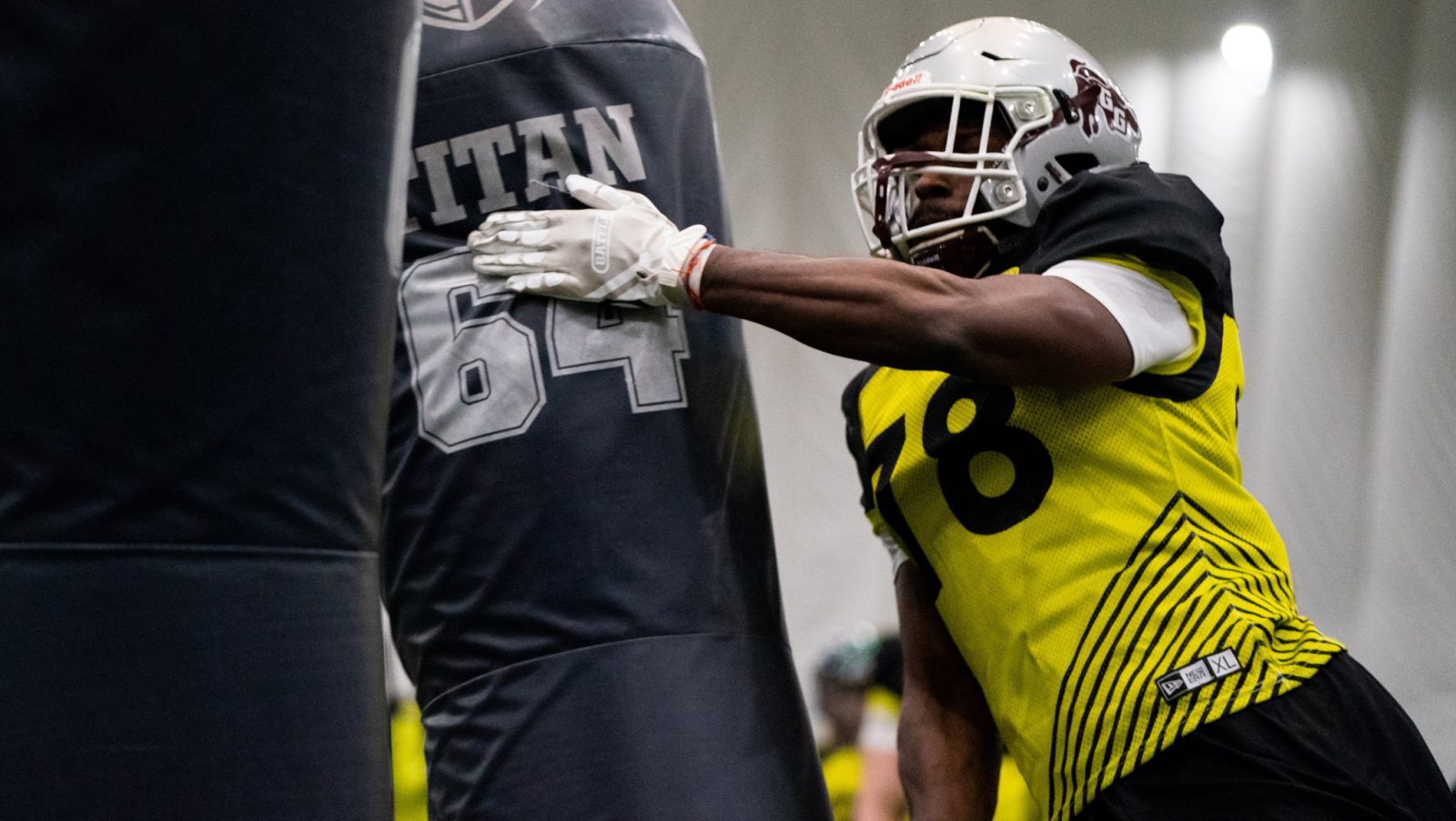 Stock Assessment: Breaking down the big men in the trenches

Stock assessments are back in the trenches as we break down some of the draft’s offensive and defensive linemen.

There was no player at the 2022 CFL Combine who made a bigger mental leap in the minds of all in attendance than Rodeem Brown. While his testing numbers weren’t out of this world, we entered Sunday’s padded session believing tackles Noah Zerr and Zack Fry would own the podium of prestige.

Instead it was the untraditional frame of Brown who out-leveraged every opponent he faced and unquestionably sent teams scrambling back to Golden Bears game film to learn more.

From the Eastern Regional Combine to the best testing offensive lineman at the national showcase, anyone who has been around the Gee-Gees football program knows how good this Gananoque, Ontario native is and has been after getting named team MVP in 2021.

Now the rest of us know what he’s capable of. I don’t see Pelehos getting past the second round on May 3 after his collective combine efforts.

With each passing draft season that I assess here on CFL.ca I believe more and more that expectation is the enemy of appreciation. Zerr really didn’t do anything wrong at the combine, he performed well in one-on-ones, has solid game film and tested adequately.

The problem is coming in many believed he would separate at an unrealistic rate from the rest of his U SPORTS class. When that didn’t happen he became the subject of much over assessment, but I still don’t think it will hurt his draft stock much.

With just 13-reps on the bench, slightly below average lineman size at CFL Combines since 2001, and some game film that leaves you wanting more, Butler could be sliding backwards come draft night while the back he blocked for, Rasheed Tucker, is moving forward.

He tested well, showed in one-on-ones what he did on tape and comes with a long pedigree of accolades and support from those who understand the position. It was a textbook combine weekend from the 2021 Vanier Cup champion.

I love Mackellar’s combination of size and finish on film. I think he could interview his way into the first three rounds, but for now he’s laying below the radar of the popular lineman conversation.

Size and length for days, but questionable movement skills and athleticism at that frame have Kozushka as a question mark on my board, much like tall trees before him Mason Woods and Arnaud Gendron-Dumouchel.

From a standout Buffalo pro day a month ago to a well-rounded and somehow quiet National Combine, Federico is easy to like in a variety of ways and could be enticing a first round grade.

I have to admit I haven’t had a chance to watch much of Archibald yet, but after his National Combine I – and scouts – will be searching out the big man from Montreal and Upper Canada College. At just over six-foot-two and 246 pounds, Archibald is slightly undersized but ran as well as anybody at his weight and showed off a 32.5” vertical leap that paints his explosion off the ball accurately.

With fellow Can West standout Nathan Cherry and Riley Pickett tag teaming their way up collective draft boards, Adamson set testing measures below positional average across the board. His size will tantalize as a mid-round selection but there is work to do for the team selecting the Bisons big man.

I was intrigued by Lemieux-Cardinal entering the weekend due to natural height and burst, but his combine fell flat of my hopes with only nine reps on the bench and lower body explosion numbers well off the mark.

With some testing numbers below where I thought Knight would land, there was a temptation to say his stock had dropped, but in the context of teams wanting to kick the Mustangs big man inside as an athletic defensive tackle instead of a large defensive end, it all makes sense.

His game speaks for itself and the testing numbers will be the tiniest of footnotes in whatever CFL career Deionte has.

A converted receiver who runs like the wind and has a frame you can fill in to play multiple roles on a CFL roster, Eveillard projects as a mid-round selection and possible project with large upside. Thats not too dissimilar from former Gee-Gees defensive end Alain Pae, who miraculously jumped all the way into the second round a few years ago.

After advancing from the Western Regional Combine, Plamondon was the rare lone Dinos representative in the trenches at the 2022 national showcase. I don’t have a great handle on his game as of yet, but his testing metrics certainly suggest there is more than enough to work with in his six-foot-three, 240 pound frame.