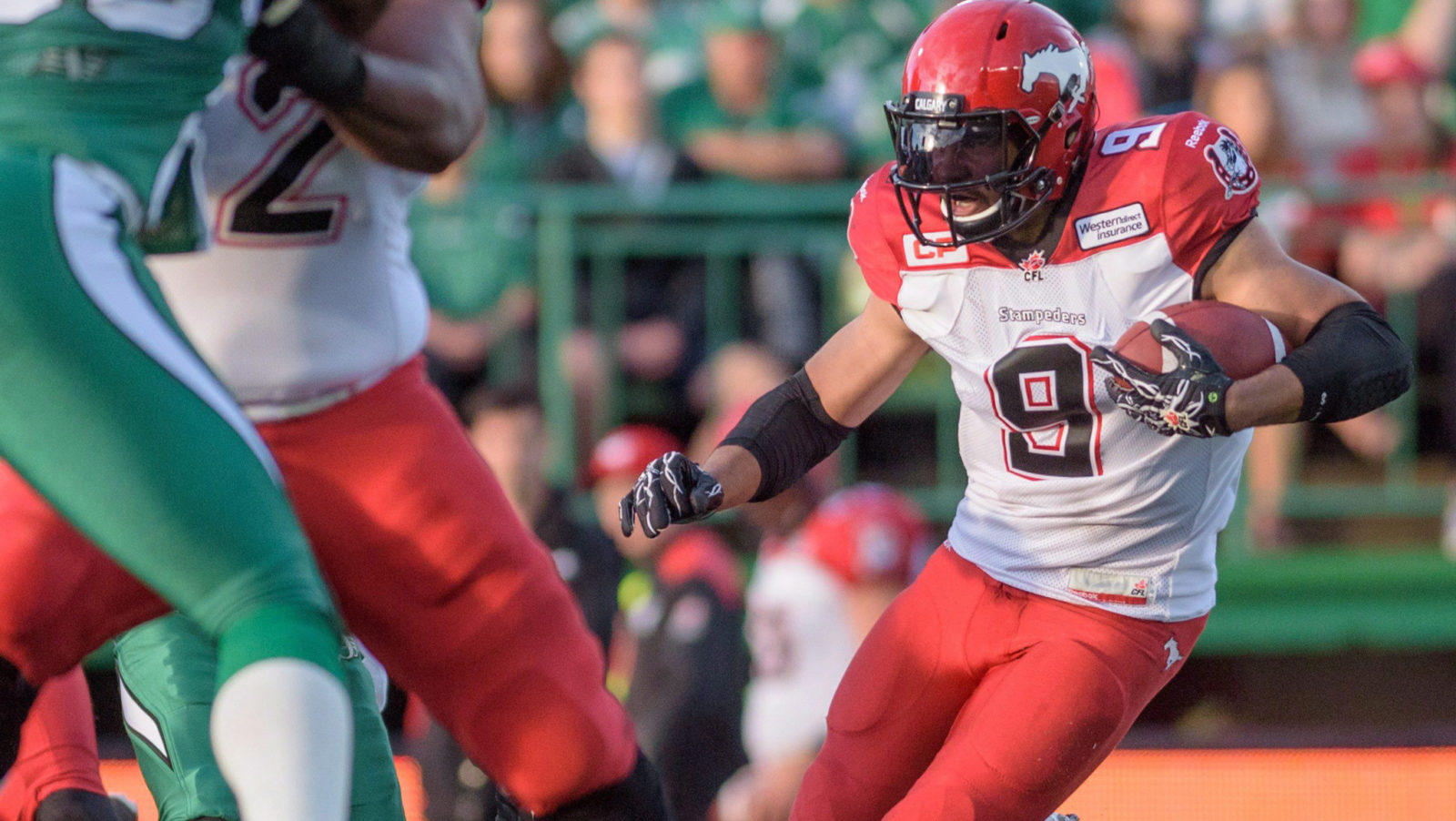 We are less than a month away from the CFL Draft! It’s that special time when we get to root for our teams to take collegiate players that we may not know in great detail yet. When we look back at recent No. 1 picks, you see that it isn’t exactly a list of players that have set the league on fire.

The last player selected No. 1 to make an all-star team was Ottawa REDBLACKS offensive lineman Alex Mateas, who went first in 2015. Some of that can be chalked up to the pandemic making it more difficult for these young men to develop and of course the draft is one of sports’ greatest crapshoots. That doesn’t mean that the next generation of stars won’t be mined from this upcoming draft, because the odds are several names you hear on May 3 will become household names.

With that in mind I have put together my ultimate roster of players selected in the CFL Draft. A quick note: When it comes to specific positions at both linebacker and within the secondary, I am going with the generic designation of “linebacker” and “defensive back.” These players were all talented enough with brains packed with more than enough football IQ to switch all over the field. Finally, this exercise illustrated to me that stars are not necessarily taken with the first couple picks. So many of these excellent players were drafted outside of the Top-5. 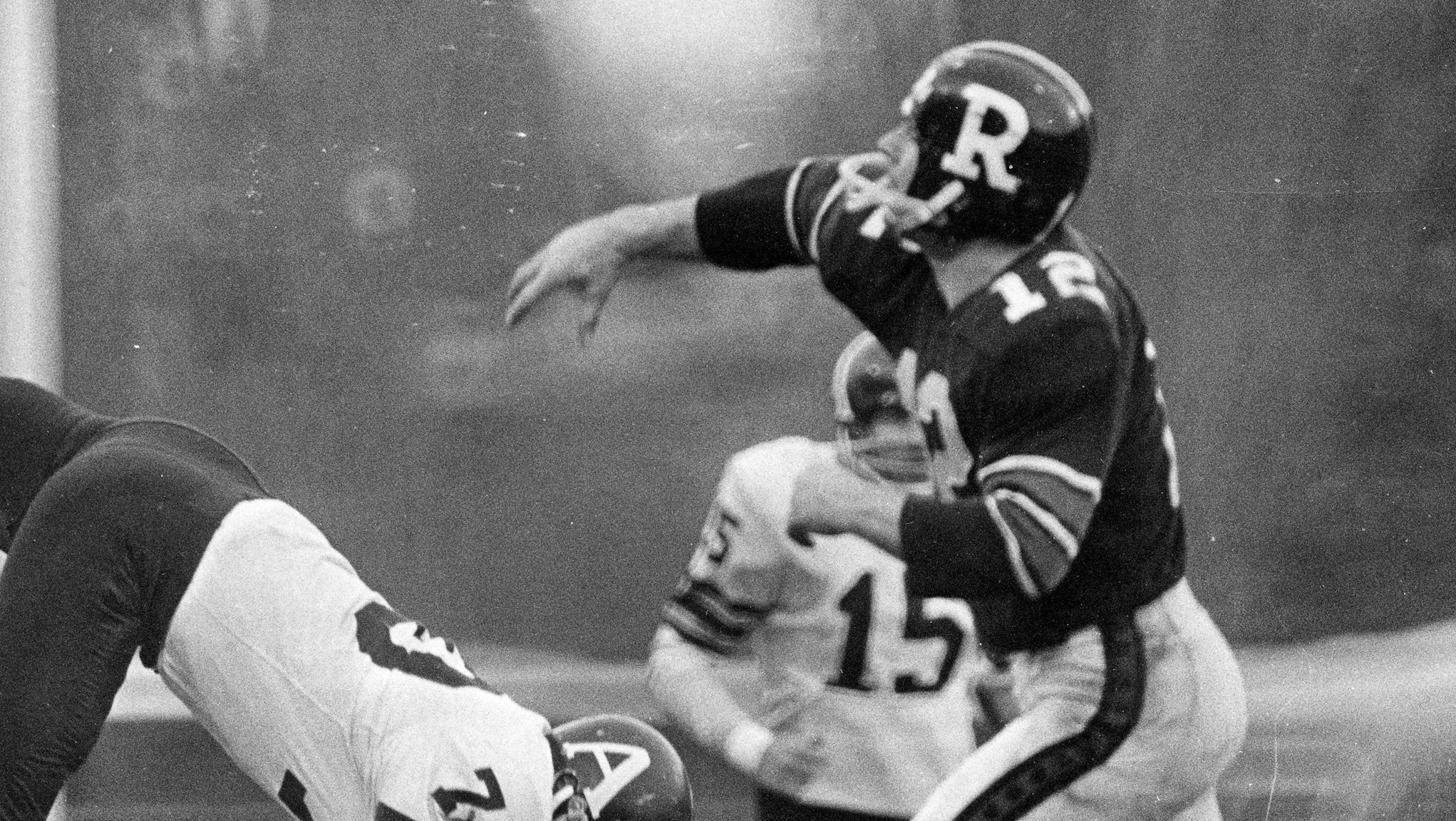 This is the most obvious pick, isn’t it? The Hall of Famer has more awards than Meryl Streep. We are all waiting for the next Canadian quarterback to pick up the mantle he left so long ago.

The first of so many players drafted way lower than I would have expected/remembered. I can stare at his yearly averages per carry for hours. Seriously, I want to call up every scouting department from that year and ask them what were they thinking?

That’s right, my list includes a fullback. They block, they catch, they’re allowed to carry the ball a couple times a year but damnit, they’re people too and they deserve respect. The man put up over 6,500 total yards and managed to score 45 times during his career.

I caught the tail end of his career, but I was always amazed how someone at 33 years old (1992 season: 91-1,444-11 TD) would routinely be wide open outrunning so many helpless defensive backs.

All right, now I’m just getting angry at the Toronto Argonauts. Fun fact: In 1998 Toronto took a kicker you have never heard of with the second selection, with Cahoon just sitting there! I both love and hate looking up old drafts. I know that I earlier acknowledged just how chaotic the draft is and I understand every scouting department puts in endless hours looking at every prospect. But how did this first ballot hall of famer with over 13,000 receiving yards slip to sixth!!? I should not be this angry about something that happened nearly a quarter of a century ago.

One of only two players to be taken at the top of the draft on my list. What I love about doing an article like this is it allows me to learn about stars form the past I had not come across before. This Hall of Famer made a name for himself with the BC Lions, amassing 9,248 receiving yards and was twice a West Division all-star. More importantly, he had the nickname “Dirty Thirty.” How aggressive did you need to be in the 1970’s to warrant that nickname? I imagine Jim would have racked up thousands in fines if he played today.

The 1997 Grey Cup MVP was a force for the Argonauts in the 1990s, garnering three East Division all-star nominations.

Chris falls into the “no brainer” list. When you do a list of greatest CFL offensive linemen to ever play this game, if Chris isn’t in your top-two you are doing it wrong,

The 2013 winner of the CFL’s Most Outstanding Offensive Lineman award. I hope we see him play again soon, if of course he is comfortable and motivated to get out on the field again.

My heart would go with Chris Schultz from the same draft class (taken two picks earlier by Toronto) but Rod is a member of the Canadian Football Hall of Fame and was a six-time CFL all-star.

When you think about Montreal’s dynasty, the first thing that comes to mind is of course Anthony Calvillo. But in 1998 the Alouettes drafted both Cahoon and Flory in the same year. Flory twice won the Most Outstanding Offensive Lineman award. When you can hit on two legendary players in the same draft you are set up for a decade-plus of success.

I apologize that I do not know more about a man who enjoyed a 14-year career culminating with an induction into the Hall of Fame. On his Wikipedia page it says: “He was once hit by a flying beverage container during a live tv interview.”

I have many questions, including what sort of fool would throw a drink at an all-star lineman? 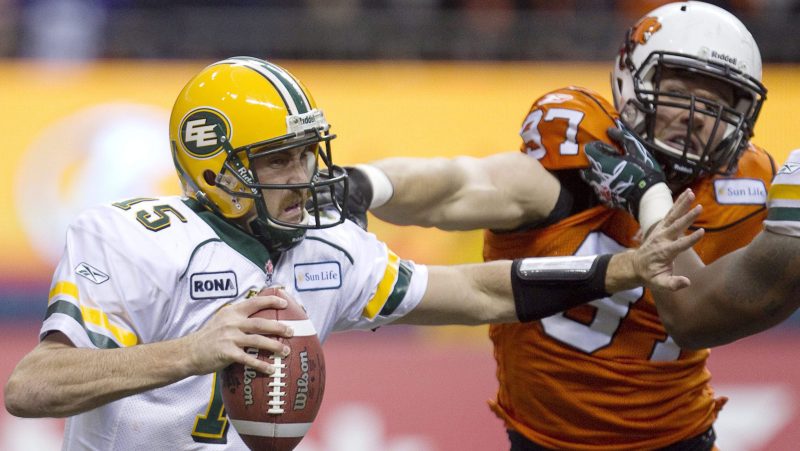 A Canadian Football Hall of Famer, Brent Johnson is one of the best to ever chase a quarterback in the CFL (Photo: The Canadian Press)

Johnson twice led the league in sacks and won the CFL’s Most Outstanding Defensive Player award in 2006. The list of national players to come away with that honour is VERY small. Yes, I know, how did he slide so far!?

The 2015 Hall of Fame inductee was a terror from his end position, finishing with 77 sacks.

Hell of a defensive tackle and a damn good writer as well.

I mean this in the best way possible and in the most loving way, but Ed was one of the dirtiest players I ever watched. Classic player that you loved if he was on your team and not so thrilled to see him when he played against your favourite quarterback.

The second top pick of this list, Henoc continues to dominate at his position.

One of my favourite players growing up, Mike could also be player/coach for this squad.

A consistently productive player, Eiben was a part of five East Division all-star teams and had over 700 tackles to his name.

The two-time East all-star finished his decade-long career with 25 interceptions and over 250 tackles.

Anyone with over 50 interceptions deserves to be on this list. Yes, Glen is a fantastic broadcaster, but I think focusing on this fact alone overlooks all the all-star teams he made during his career.

A big hitter throughout his career, Craig made three divisional all-star teams and was named to the CFL All-Star team in 2015.

A versatile player that could also fill in at linebacker, but I’ll take his physicality in my secondary.

Lui’s career was so damn impressive that no one even wonders if it was smart to draft a kicker so high. The league’s all-time leading scorer is more than deserving of being taken fifth.