Steinberg’s MMQB: 3 burning questions ahead of the CFL Draft 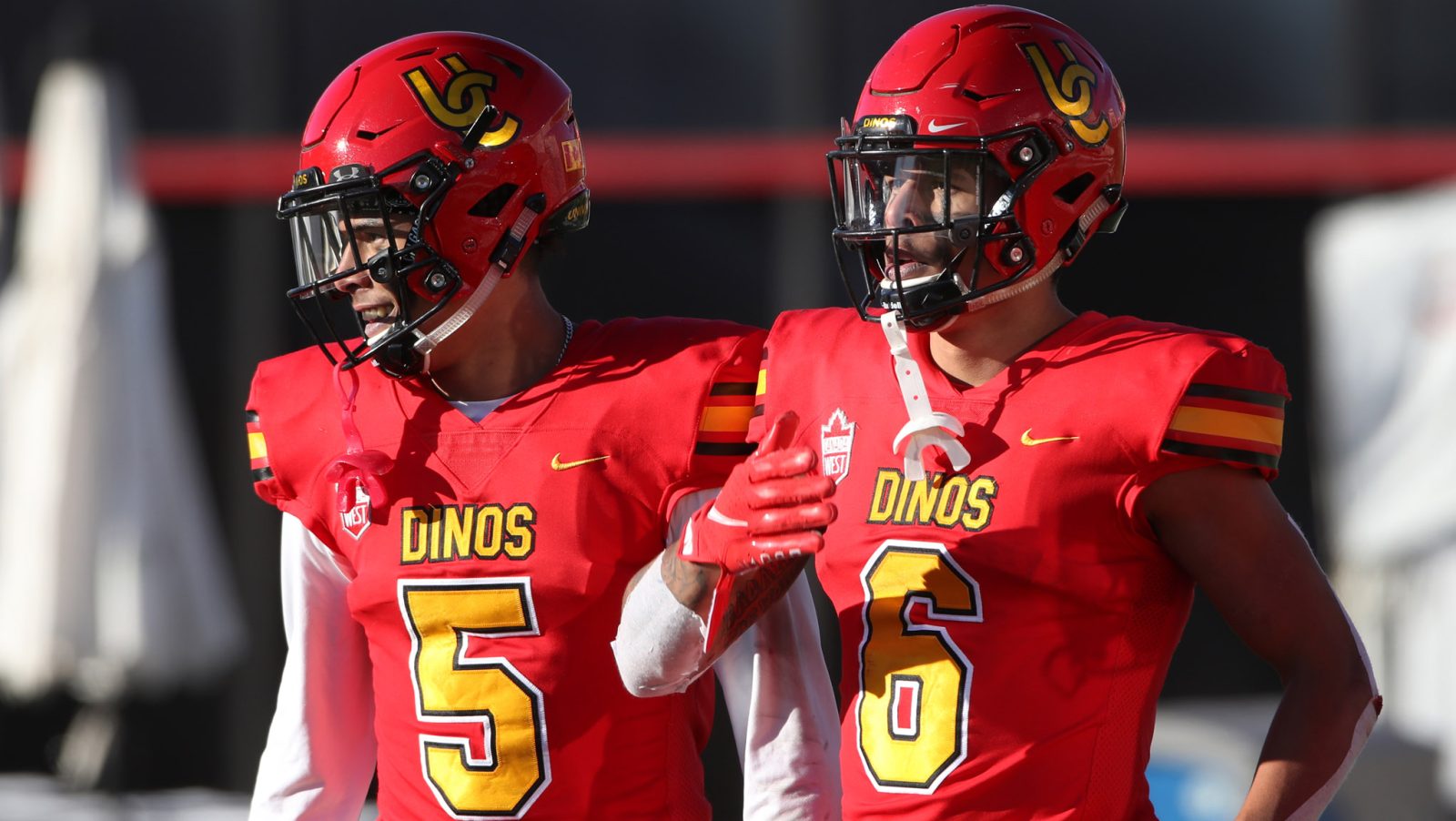 Steinberg’s MMQB: 3 burning questions ahead of the CFL Draft

We are just over three weeks from the biggest date on the off-season calendar: the 2022 CFL Draft.

With the CFL Combine presented by New Era in the books, there’s only one signpost between now and the May 3 event, and that’s the NFL Draft in Las Vegas, which goes April 28 through the 30 in Las Vegas.

As we know, what happens at the NFL Draft can impact the CFL selection order to varying degrees, depending on the year. With that in mind, here are a few questions I’m looking forward to being answered in the next 22 days.

Will a team draft the Philpot brothers together? 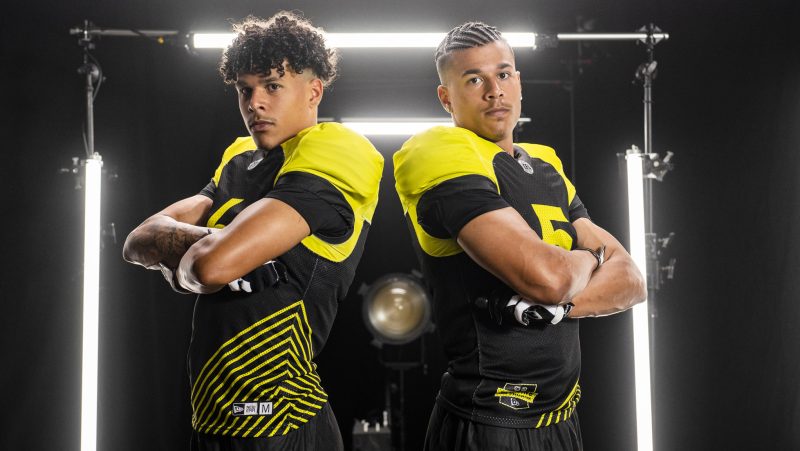 This is a fun question…but it’s also one I’m curious about. In Jalen and Tyson Philpot, we’re talking about something extremely rare: elite athlete twin brothers who play the same position. While odds and probability would suggest Tyson and Jalen go to different teams, a large part of me wonders if a general manager can be creative enough to swing a deal to draft the University of Calgary standouts side-by-side.

Of course, the genesis of the question comes from hockey when the Vancouver Canucks selected Daniel and Henrik Sedin second and third overall at the 1999 NHL Draft. It took significant wheeling and dealing to pull off, but then general manager Brian Burke made it work. It’s not an apples-to-apples comparison, of course, but it’s that type of aggressiveness that would get it done.

A couple teams come to mind when talking about drafting both members of the Philpot receiving tandem. The BC Lions already hold the third overall selection and will also enter the draft with a second-round pick and a pair of thirds. Could they use their 2022 draft capital, or perhaps some picks from next year’s draft, to secure an additional first rounder this year? Similarly, Toronto has a pair of second round picks to go along with their first rounder.

Whoever drafts Jalen and Tyson, whether separately or as a duo, are going to be thrilled. Jalen, slotted second by the CFL Scouting Bureau in their January rankings, led all U SPORTS receivers with 799 receiving yards in six games last season to go along with three touchdowns. Tyson, ranked fifth, finished third with 746 yards and led the nation with nine touchdown catches.

Where does Jesse Luketa go?

Luketa’s fate is as interesting as I can remember. The Scouting Bureau’s top ranked prospect in January is likely to be a day two or three pick in the NFL, which means the Penn State linebacker will likely fall down the order to some extent. For instance, the Bureau had receiver Josh Palmer ranked number one overall in last year’s final listing. But, because he was a third-round pick of the Los Angeles Chargers, Palmer didn’t get selected a few days later at the CFL Draft.

But it doesn’t always work that way in similar situations. As a recent example, Neville Gallimore was an eighth-round pick of Saskatchewan in 2020 despite being a Dallas Cowboys selection in the NFL. And, knowing territorial selections are back for 2022, I wouldn’t be surprised to see Luketa go at the end of the second round. Luketa is an Ottawa product and the REDBLACKS are one of the two teams, along with Edmonton, to possess a territorial selection this year.

Even without the territorial situation, though, Luketa is the type of player you could easily see being selected in a later round by a CFL team. Luketa put together an outstanding senior season, racking up 61 tackles and an interception in 12 games; he had his best game statistically with nine tackles in Penn State’s Outback Bowl appearance against Arkansas. At six-foot-three and 247 pounds, Luketa has the physical tools to be a dominant defender if he makes his way to the CFL at some point. 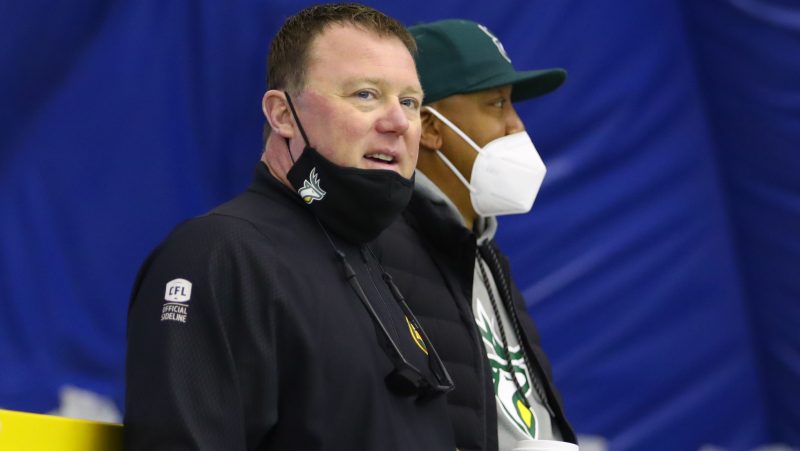 As we know, the first overall pick in the CFL Draft is rarely the top ranked player by the Scouting Bureau. Typically, teams are looking at adding an impact player who can play in short order when selecting first. That’s why general managers shy away from players taken in the NFL Draft, or even signed by NFL teams, with their first-round picks. They’re just too valuable to be used on players who might not be north of the border for a few years.

Knowing that, there are a few interesting targets for Edmonton to consider when using their first overall pick in a few weeks. Leading that charge is linebacker Tyrell Richards, who presents all kinds of options for whoever selects him in the first round. Richards, who didn’t suit up in 2021 after three years at Syracuse, tested and impressed at three positions at the Combine: linebacker, defensive line, and defensive back. Richards racked up 26 tackles, two sacks, and a forced fumble in 2020 with Syracuse.

Then there’s Western defensive lineman Deionte Knight, who exploded onto January’s rankings after a dominant campaign. In 11 regular season and playoff games, Knight finished with 52 tackles, 13 tackles for loss, and ten sacks en route to winning the J.P. Metras Trophy as Canada’s top defensive lineman. While it sounds like he’s getting NFL interest, you can bet the Elks are looking at Knight hard as a potential long-term disruptive force in their front four.

Defensive back Enock Makonzo will garner plenty of attention at the top of the draft, too, after deciding to turn pro last week. The Coastal Carolina product recorded 67 tackles, a forced fumble, and a fumble recovery in his final season. When you also factor in the Philpot brothers, the Elks are going to have plenty of options all over the field when they zero in on their first pick of the 2022 draft.