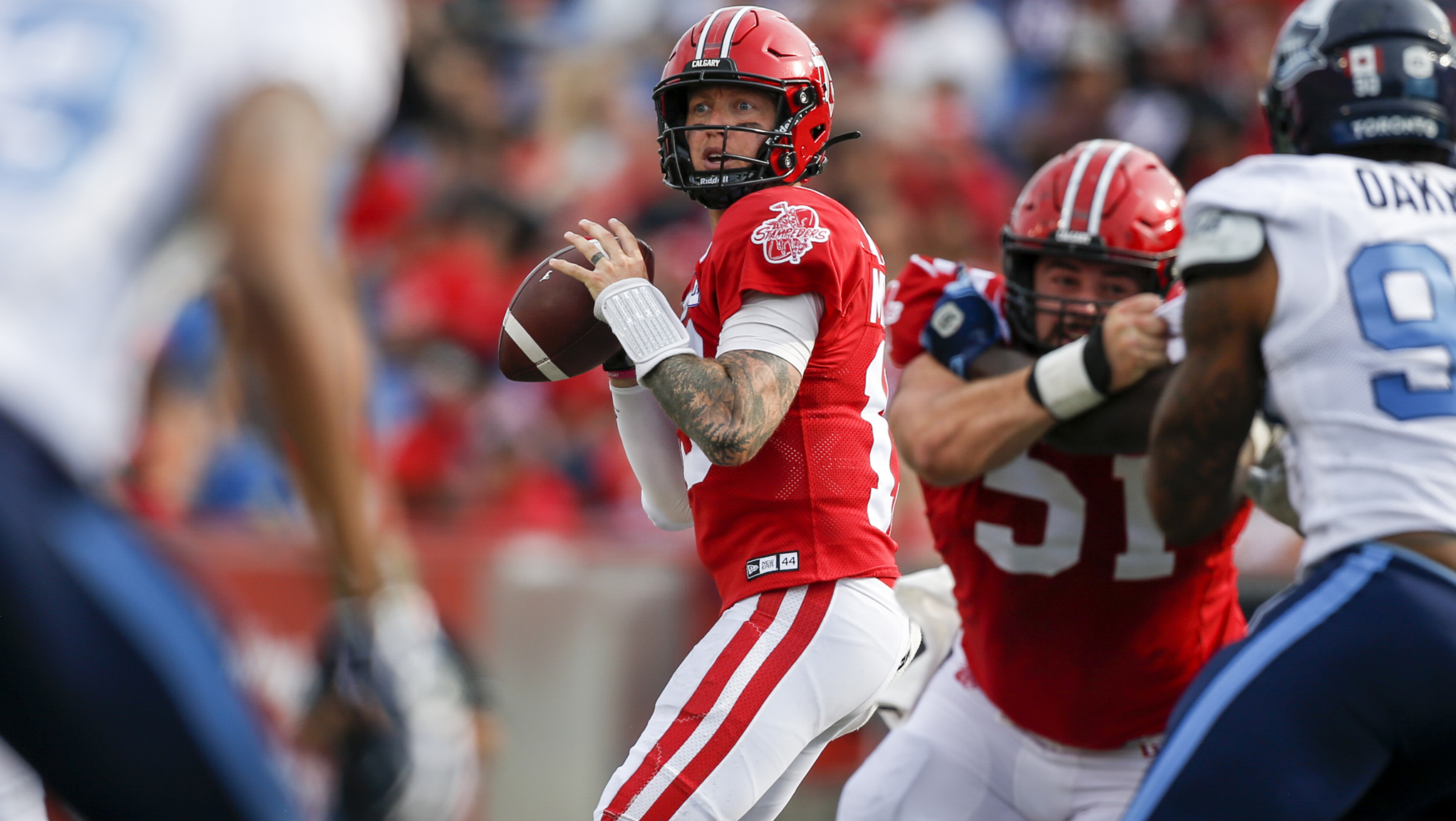 There are so many candidates for what the second-most intriguing storyline will be heading into the 2022 CFL Season.

Can the Winnipeg Blue Bombers get the Grey Cup three-peat, something not done since the Warren Moon days in Edmonton? Is this the year Cody Fajardo and his receivers find a way to help the Saskatchewan Roughriders knock off the Bombers? What will the Toronto Argonauts offence look like with the addition of Andrew Harris and Brandon Banks? How much better is Ottawa with Jeremiah Masoli taking over the quarterback position?

These and other off-season developments will battle it out for the silver medal from an interest standpoint. The gold standard for the story that will create the most headlines will be all things Bo Levi Mitchell.

Mitchell checks the four most important boxes when it comes to football intrigue:

The first point is so self-explanatory I will not insult your intelligence going over just how much the quarterback moves the needle so let’s just move on. Since his first year (2014) as the full-time starter for the Calgary Stampeders, Mitchell was the definition of an ironman. For five seasons he started 81 out of a possible 90 regular-season games with some of those missed starts the result of him being a healthy scratch after the team had clinched the Western Division.

Starting in 2019, though, pectoral and shoulder injuries have led to 10 missed games in 2019 and 2021 for the two-time MOP. Who doesn’t love a good injury redemption story? Every third sports movie centres around the grizzled veteran hoping for one more chance at glory. Admittedly at the age of 32 Mitchell is not exactly right on the edge of retirement but for a player who experienced nothing but stellar health for the majority of his career I am fascinated to see how he bounces back from the last couple of years where good health was no longer a given.

It’s one thing to deal with the bumps and bruises of a football season but it is an entirely other matter when you add on the surgeries and rehab sessions Mitchell has gone through. I’m sure many parts of western Canada may disagree with this, but the CFL is just more fun when Bo is fully healthy and playing like an elite quarterback. I love watching Cody Fajardo and Zach Collaros sling it but when they must do it against peak Mitchell, well that is far more compelling. Give me higher stakes every time.

Which brings me to my next point: Did you recognize Bo when he was on the field last season? Calgary made the playoffs, nearly beat Saskatchewan in the Western Semi-Final and did go 1-1 against the eventual champion Winnipeg Blue Bombers, yet it felt like the two-time CFL all-star had less of an impact on Calgary victories than in years past.

Obviously, injuries played a big part but for the first time in his illustrious career Bo finished with fewer touchdown passes than interceptions. Among quarterbacks with 200 or more passing attempts only rookie Taylor Cornelius had a worse interception percentage while Mitchell finished with a lower completion percentage than all but Cornelius and Vernon Adams Jr. It wasn’t a disaster of a season but by his lofty standards you cannot look back at 2021 and say Mitchell was a top-four quarterback in the CFL. I can’t remember ever having him lower than fourth.

The 2021 season was weird one for the Calgary quarterback right from the start, losing 23-20 at home to Toronto on a last-second interception by the Argonauts’ Shaq Richardson. Then in Week 2, in a game that ruined sports bettors across Canada, Mitchell threw four interceptions in an ugly 15-9 loss to the BC Lions.

Soon after this 0-2 start a broken fibula would send him onto the six-game injured list. His return would see the Stampeders end the year with a 7-2 record, but the passing game just never had that same vicious efficiency as it did in year’s past. I for one am not yet ready to live in a world where Mitchell is “good.” I want the lead up to Calgary’s Week 6 clash in Winnipeg to be about last year’s MOP taking on Mitchell, who is back to his 2018 MOP form. 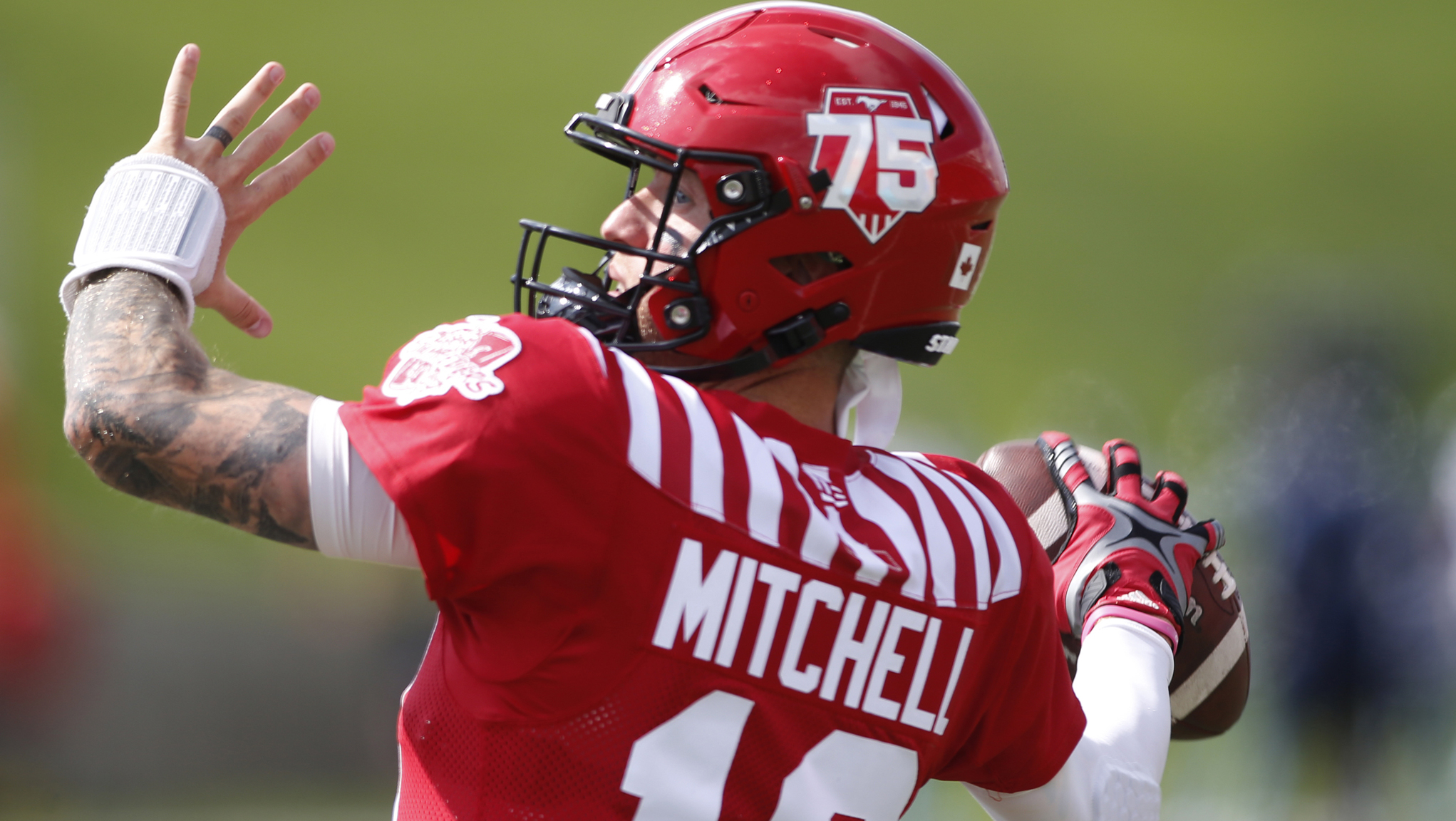 If the past 500 words or so haven’t convinced you that the play of Mitchell isn’t the No. 1 pre-season story, let me throw out my last argument: Are you aware that this is the final year of Mitchell’s four-year contract with John Hufnagel and company? Now add in another classic trope from sports movies, the young upstart! Last year not only saw Mitchell have his worst professional season but we also got a glimpse of first-year quarterback Jake Maier, who threw for 300-plus yards in his first three career starts; a feat never done before in the CFL.

So to recap, we have the older veteran playing for another big contract all the while the younger quarterback (who signed a one-year extension) is looking to start his own journey to football stardom. There is the potential for so many different plot twists among the Stampeders’ quarterbacks and I have no idea how it will all play out. Does Mitchell bounce back and regain his form? Do the injuries continue to haunt him, and he decides to make the transition to TV? Mitchell was outstanding during his hits with TSN last season. What is Maier’s status by the end of the year? There are so many questions and only the play of Mitchell will answer them.

One final point. There is more than enough talent to help elevate Mitchell back to MOP form. When he won in 2016 and 2018, Calgary collectively only had one 1,000-yard receiver in those two years and that was Marquay McDaniel in 2016. Despite his production, McDaniel still only ranked 10th in total yardage among all CFL receivers.

In fact, in Mitchell’s second MOP season (2018) his leading target was Kamar Jorden, who finished the year 11th in receiving yards with 944 while the team’s leading rusher was Don Jackson at 924 yards. The point here is not to disparage any of Calgary’s past skill players — by the way in 2016 Jerome Messam led both Calgary and the CFL with 1,198 rushing yards — but rather to highlight the fact that Mitchell has been productive even without a top-three target.

Between Ka’Deem Carey running the ball and Reggie Begelton, Kamar Jorden and Jordan Williams-Lambert catching the ball, Mitchell could easily bounce back and make 2022 feel like 2018. Be honest, even if you are the most anti-Stampeder fan out there you can at least admit the fate of Bo Levi Mitchell will be a central story to however the 2022 season unfolds.