Newly-signed Saunders ready to go with the Bombers 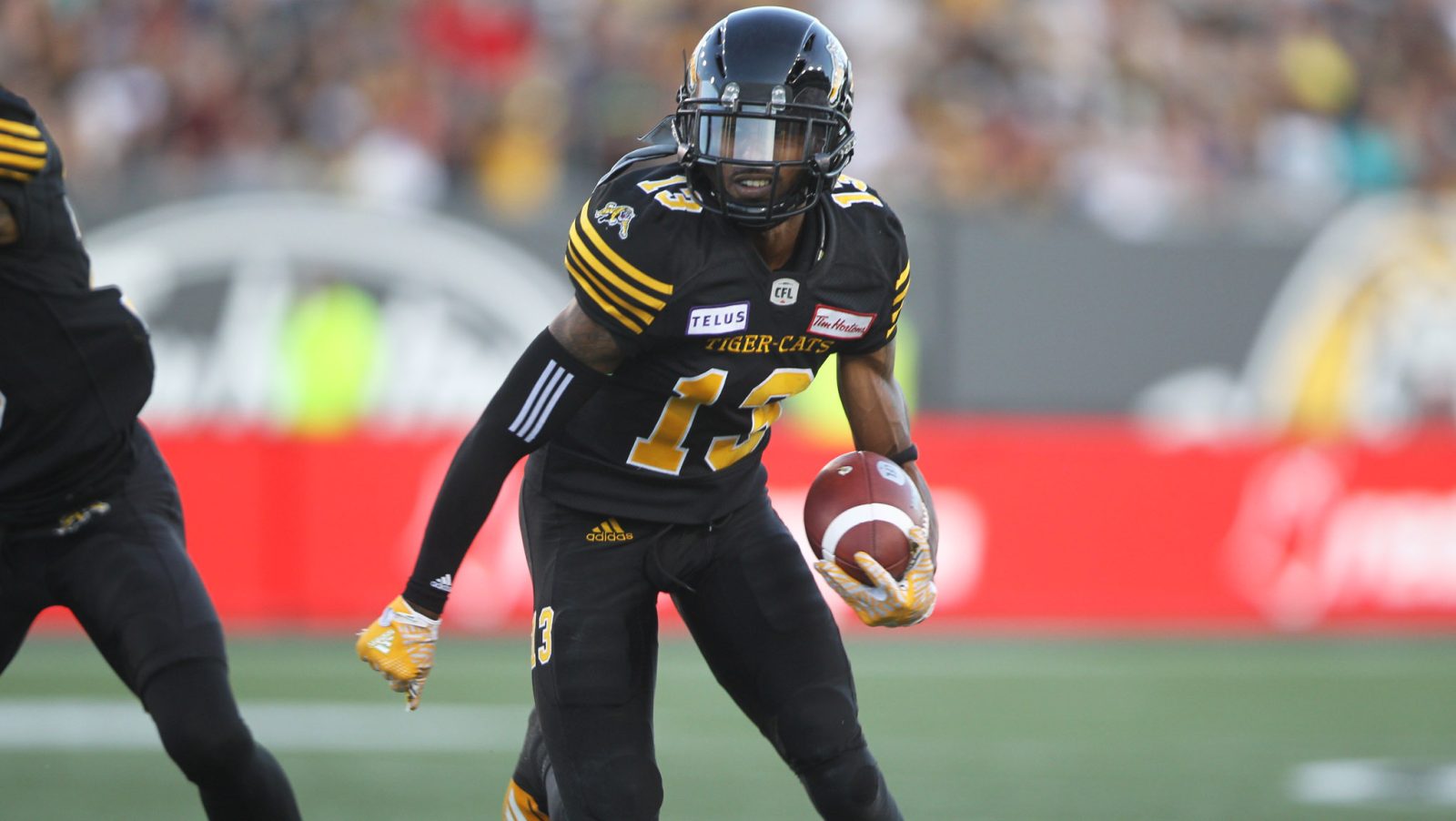 Newly-signed Saunders ready to go with the Bombers

Jalen Saunders experienced some dark moments that would have broken many a man.

It began with a devastating knee injury amid a stellar campaign with the Hamilton Tiger-Cats back in 2018. Then the XFL folded during the pandemic, robbing him of a return to the field before a shot with the Ottawa REDBLACKS disappeared when the Canadian Football League shuttered its’ doors in 2020. To top all that off, he was then involved in a serious car accident a year ago that not only cost him another season, but almost took his life.

So, hell yeah, Saunders has had his resolve tested.

“It’s been a quite a long road just to get back,” began the newest Winnipeg Blue Bombers receiver in a media conference call on Monday from his home in Sacramento, CA. “But I’ve been fighting just to get back to this exact position, praying, and just doing the right and positive things, just taking each step to get back to this position. It’s a blessing in disguise, to say the least, considering I almost had a fatal car crash last year around this time. It’s definitely excellent.”

The Blue Bombers officially signed Saunders to a two-year contract last Thursday, bringing aboard a former 1K receiver – 1,170 in 2017 – who played his last game in 2018 with the Ticats before blowing out his knee in that year’s Labour Day Classic.

Last May, just before he was to report to training camp with the REDBLACKS, he was in a serious car accident while driving his cousin to the airport in Atlanta, as his vehicle crashed into a drunk driver who was asleep in a pass lane and was subsequently rear-ended by another. Saunders said he was ready to roll by November of last year, but with the REDBLACKS out of the playoff picture he opted to continue his recuperation.

This winter he was contacted by Blue Bombers’ Senior Director of Player and Public Relations Darren Cameron about a possible return, followed by a phone call from Zach Collaros – his quarterback in ’17 in Hamilton and now here in Winnipeg.

“I had paid attention to Zach; I basically paid attention to everyone playing ball,” said Saunders. “But Zach hollered earlier this year. I first reached out to him, and I was like, ‘What do you got going on up there in Winnipeg?’ He was just like, ‘Yo, come sign up here. I’d love to play with you again.’ So, then I kind of just reached out to Darren, he did his part, and this is the final result.”

Saunders has been training with his father and uncle while working and coaching kids. Through it all he never lost his desire to play, nor his passion for the game. His faith in all that never wavered, either. 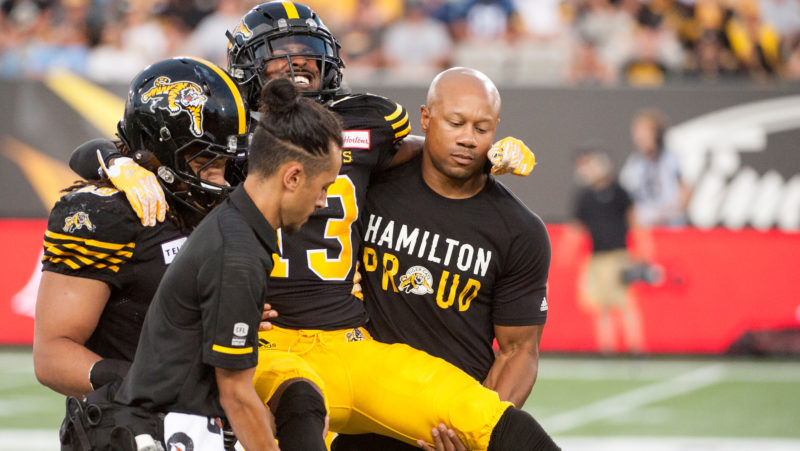 Jalen Saunders suffered a season-ending injury in 2018 while he was with the Ticats (Adam Gagnon/CFL.ca)

“Just wake up and say a great prayer, man,” said Saunders, when asked about his faith’s foundation. “Whoever you pray to, just do it day and night. Seek and you shall receive. That’s the best I can put it to you.

“If you talk to yourself, talk to yourself. Whatever you do to put yourself in a higher being. That’s exactly where it’s at, that you need to be at. So, my thing is like whatever needed to get done to achieve yourself, take care of your mental and your physical health. That’s all it really takes.

“… I’m a Pat Hill (his former coach at Fresno State) baby. We’ve got a saying, ‘Anytime, anybody, anywhere.’ It doesn’t matter who, what, when or why: we just show up and that’s what we’re going to do. We put our hardhat on. That’s how we rock ‘n roll out here in northern California. Central Cal… everyone has that type of mindset. We didn’t grow up near the beach and have all that luxury stuff. We’re hardhat workers out here. Farmers… anything… that’s the type of lifestyle we grew up around out here.”

What will be answered next when camp opens next month – both for Saunders and for the Blue Bombers – is whether the 29-year-old former Fresno State/Oklahoma/Hamilton star still has game. If he does, the club has found another proven commodity – along with long-time CFLer Greg Ellingson – to help offset the losses in free agency of Kenny Lawler (Edmonton) and Darvin Adams (Ottawa).

Saunders, for what it’s worth, is convinced his skillset is still honed. Near the end of Monday’s media session Saunders was asked how close he is to the ‘old Jalen’ with his speed and agility. He didn’t hesitate with his reply.