Examining Draft needs for every team 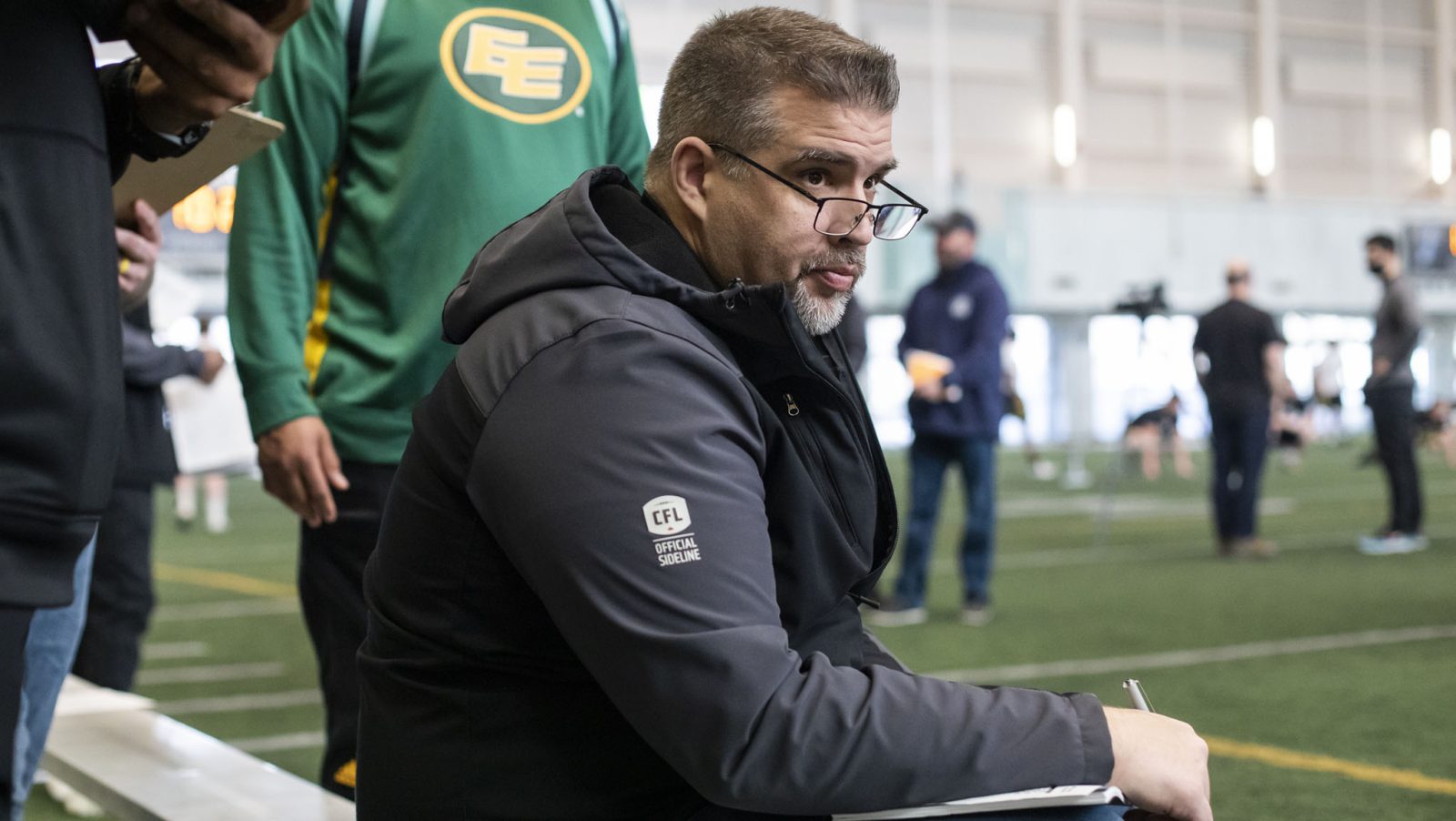 Examining Draft needs for every team

With the CFL Draft less than a week away, teams around the league will be holding their mock drafts within their inner circles. Different teams do it different ways but it comes down to assessing the other rosters of the other teams, and seeing where they tend to go on draft day. Some teams traditionally just take the best player available, some are forced to draft for needs and there are other teams that are much harder to predict where they’re going to go.

The personnel department assigns teams to their group and they’ll hold mini drafts to see what player will be available at what pick and who they’d like depending on those outcomes. They’ll do these multiple times to give different scenarios a run so they’re as prepared as possible for when the clock hits their turn.

If I were holding a mock draft, the first thing I’d do is breakdown if there are any big needs for any team that may sway how they choose the player on draft day because outside of glaring needs, you’ll see teams go by best available or ensure they solidify depth in their national starting positions.

So let’s take a look at how each team stacks up in order of the draft.

If you’re looking at needs for the Elks, they need to find some more starting calibre talent on the defensive side of the ball. Defensive line, defensive back, linebacker all have a guy or two who has proven they can start but they don’t have near the ‘ratio’ breakers that we see elsewhere around the league.

When you see the depth of the linebackers, defensive backs and defensive linemen at the top of this draft board, it’s a pretty easy selection on which side of the ball Chris Jones will opt to go. His pick of Cameron Judge second overall was his best pick as the general manager of the Saskatchewan Roughriders.

The rebuilding Ottawa REDBLACKS are ready to take a jump forward this season as they’ve clearly taken a bullish approach with an aggressive off-season of moves. With the additions of Darius Ciraco, Jacob Ruby and Hunter Steward on the offensive line with some of the up and coming players already in Ottawa, they’ve done a good job securing an improved offensive line.

Where I see the need again is at linebacker, where the draft is strong at the top for the second overall pick. Ottawa has its deepest Canadian defensive depth at d-line, with linebackers and the back end of the defensive secondary lagging behind.

If they have a receiver ranked higher, however, that they think can be a game changer in the years ahead, I wouldn’t mind that either. Shaq Johnson, Llevi Noel and Nate Behar are a decent group. Remember though, that this team missed a 1,000-yard calibre guy in Brad Sinopoli at receiver last year. Maybe one of the Philpot twins could make an impact for coach Paul LaPolice, who loves multi-dimensional talents on offence. While it’s not a glaring need, it wouldn’t hurt and they can take care of the defensive depth later on in the draft.

The BC Lions are a team that can flat out draft the top guy on their board. The Lions are a team that could use the talent across the board in terms of Canadian depth. Linebackers Jordan Williams and Bo Lokombo are the exception. They’re solid. David Menard also had a good year last year at defensive end in Montreal. Jevon Cottoy looks the part of a starting receiver with over 500 yards in a shortened season last year.

But the depth behind two starting Canadian linebackers and the defensive line and the receiver and even the offensive line is not deep enough that would leave this armchair general manager very comfortable.

The Lions need to make the third overall pick count and there is no reason to worry about many positional absolute must haves throughout the draft. Beefing up the talent of Canadians across the board will only help BC.

The Montreal Alouettes are another team like the Lions that have solid players in starting roles like Kristian Matte, Chris Ackie, newly acquired Hergy Mayala and Vincent Desjardins but could use more depth. When the injuries start happening (which is inevitable in football) your depth gets tested.

I’m really interested to see where the Alouettes go here because of the options they have in front of them. This is when those mock drafts start paying off. Als’ GM Danny Maciocia will have a number of scenarios playing out with the first three picks ahead of his team to get a feel for who would land at No. 4.

If you’re drafting out of the highest of needs, defensive line would be top of my list for the Alouettes, with offensive line and defensive secondary also a little higher on the list. 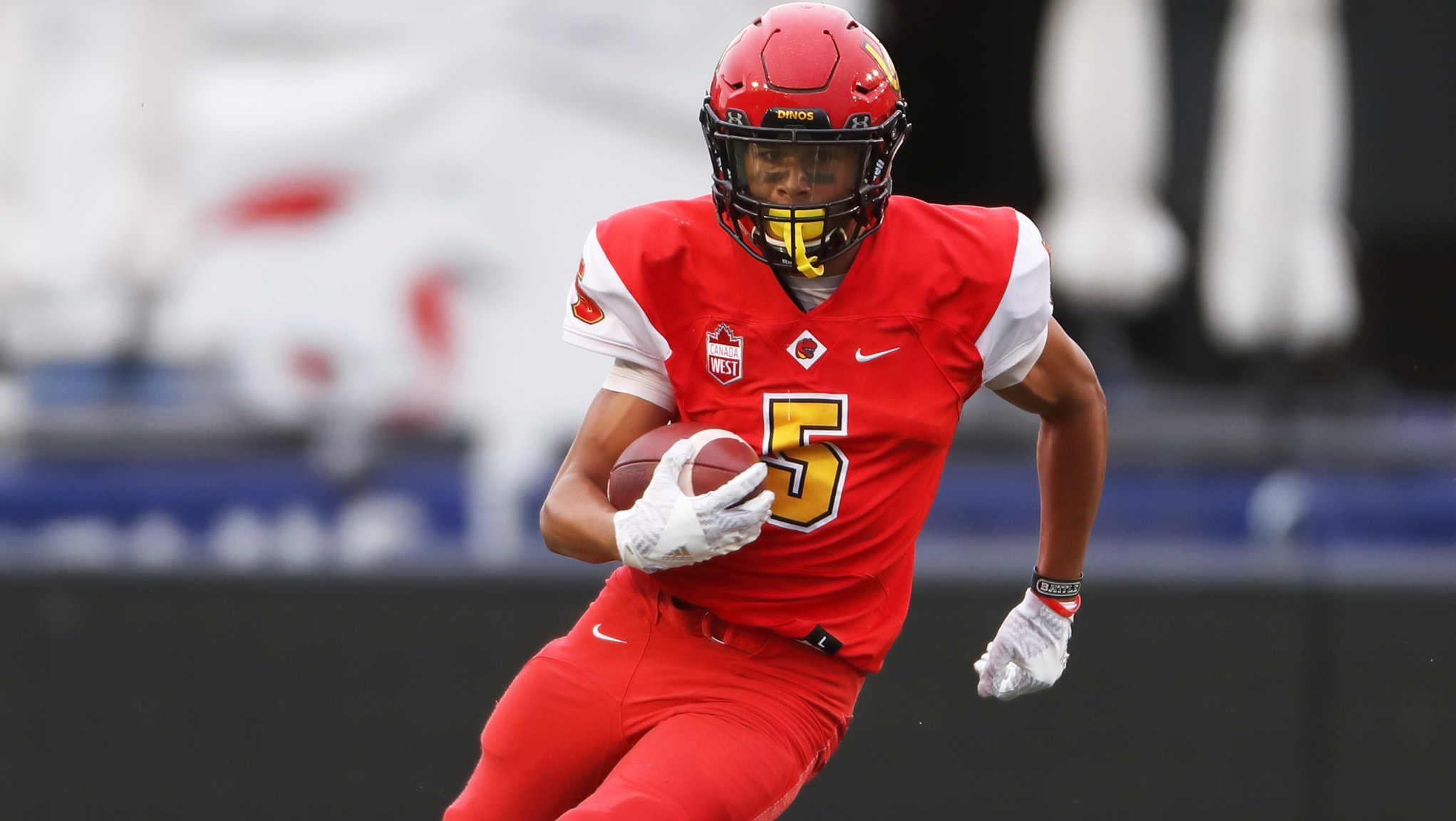 When I’m writing out where I think the Stamps go with the ratio, I have three offensive linemen, two receivers, a defensive lineman and a linebacker.

So priority No. 1 is the offensive side of the ball, though John Hufnagel rarely/if ever drafts out of need. He’s very much a take the most talented player on the roster type of football exec.

The good news for him is that at the fifth overall pick he may have solid talents with a Philpot twin or two available and a few of the top offensive lineman available like Noah Zerr, Rodeem Brown or Zack Fry.

After having their Canadian talent continue to get purged, the Stamps did do some work this off-season like bringing in Cameron Judge to solidify his linebacking group.

I’ll be honest. I really like the Toronto Argonauts’ ratio set up right now going into the draft. They’ve done a lot of work in free agency of late to have some flexibility. Even losing offensive tackle Jamal Campbell is not too much stress on them after bringing in Justin Lawrence from Calgary.

Over the last few years they’ve also brought in a linebacker in Henoc Muamba and now perennial top Canadian running back Andrew Harris.

So if you’re looking at needs it’s what is behind those two super stars to fill out the depth. They only have one other Canadian to run the ball and the players behind Muamba aren’t near his calibre.

While I believe with their first pick it’s easy to take the best available player in Toronto, if a running back like Saskatchewan’s Adam Machart is around or a linebacker in round two, that’s where I’d look if I were them.

For the most part, I’m a fan of what the Roughriders have in talent across the board. Offensive lineman Jamal Campbell really finishes the set when you look at how the Riders line up their starting Canadians, with the ability to start four across the offensive line, two at receiver and then you can throw in Micah Teitz, Mike Edem and potentially Godfrey Onyeka or Nelson Lokombo if necessary.

Where is the need? Jeremy O’Day can not rest easy with the offensive line and hope another year older and another year better. Sure, that’s what you hope happens, but there needs to be assurances that the Riders are ready to handle the pressure that comes with potentially having four Canadian starting offensive linemen. Mattland Riley is a former first round pick who you (here’s that word again) hope can be a great sixth offensive lineman.

There should be plenty of offensive line options, including a few guys with Saskatchewan ties available at seven, but O’Day again has afforded himself the pleasure of being able to take best available. 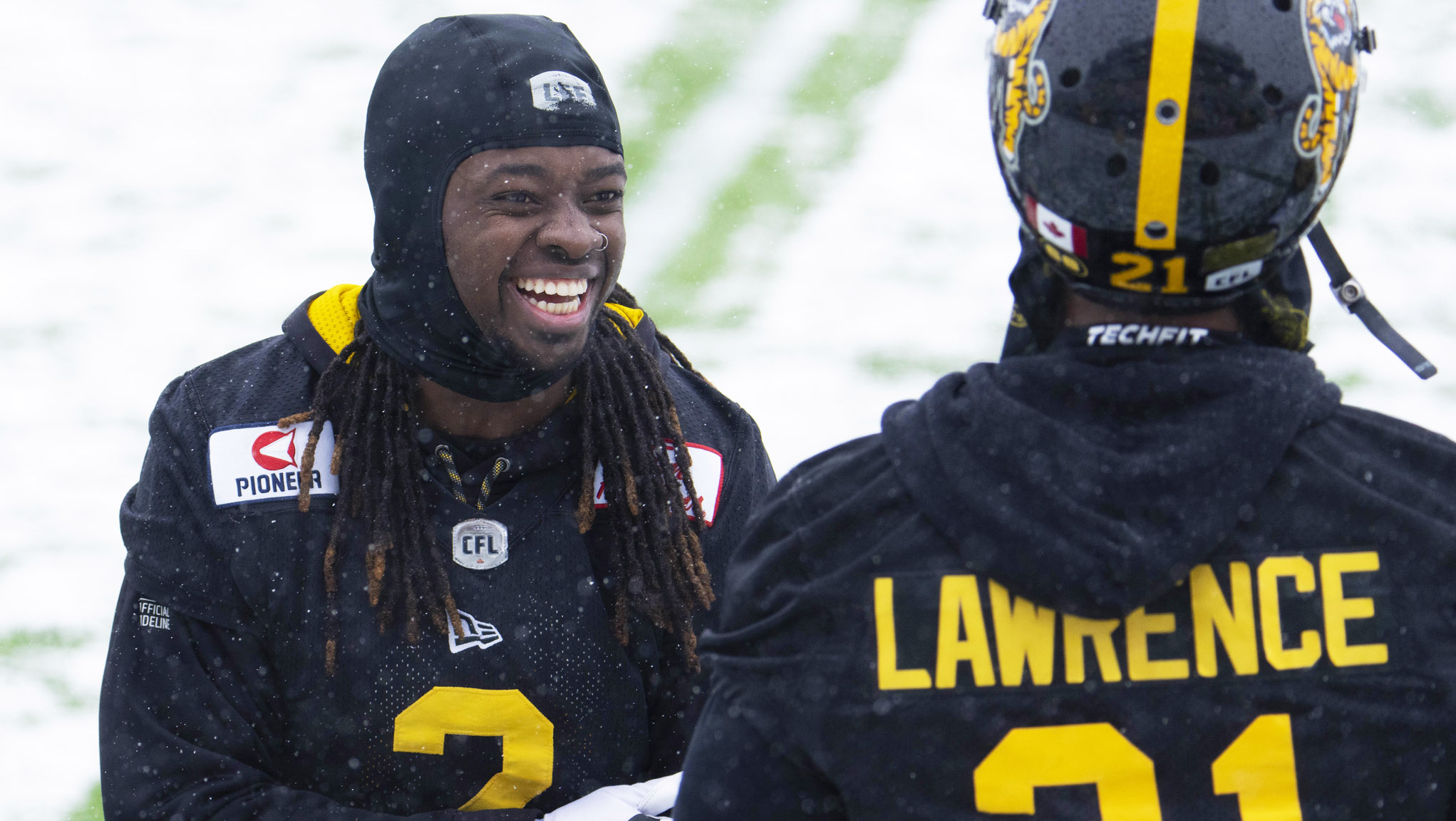 Tunde Adeleke (left) has emerged as a star defensive player for the Ticats, who could opt to try to surround him with more National talent at next week’s Draft (Peter Power/CFL.ca)

Right now the Tiger-Cats have only 28 Canadians signed for this season. Two of them are kickers so the team is looking to beef up their options in the 2022 draft.

Their need is to pick players who will be coming to camp. But my biggest need for the Tiger-Cats after the retirement of Mike Filer and Darius Ciraco going to Ottawa is that the Tiger-Cats need to keep Dane Evans upright in order to succeed. So here we are again for an offensive lineman to be picked near the bottom of the first round.

However, the Tiger-Cats need to grow their depth on defence regarding all positions because after Tunde Adeleke and Ted Laurent (who isn’t getting any younger), it starts to thin out on starting calibre players to help out for the rotation in Hamilton.

Since winning the Grey Cup in back-to-back seasons, the Bombers have lost Andrew Harris to Toronto, and offensive lineman Drew Desjarlais and defensive lineman Jonathan Kongbo to the NFL.

The Bombers are similar to the Tiger-Cats with just 25 Canadians under contract right now.

They only have one defensive lineman under contract and he’s a starter in Jake Thomas with nothing behind him, so that will be a hole the Bombers will try to fill on draft day. Depth of offensive line has taken a knock with Desjarlais’ departure. They have a good starting trio but only have two backups TOTAL right now.

Thankfully they are able to move on from Andrew Harris with Brady Oliveira and Johnny Augustine showing they can both handle the load, let alone share it.

The other position of need is starting Canadian receiver. With only three players to fill their traditional two spots, it does not leave a lot of depth for the Bombers. Nik Demski and Drew Wolitarsky are very good options but only Brendan O’Leary-Orange is there in case of injury.

General manager Kyle Walters has some work to do on draft day to fill out his National talent depth. His starting group of seven is outstanding! No questions there.

So here’s how my mock draft of the first round would look if we’re just going based on some of the big needs for each team: