TORONTO — Jalen Philpot loves the game inside the game.

Football is a team sport of course, but according to Philpot, there’s just something a little extra special about a receiver battling head-to-head with a defensive back.

“I’ve just always found a sense of pride of just stepping on that football field, strapping up with the gear and just going out there and competing,” Philpot told CFL.ca at the CFL Combine presented by New Era last month.

“Especially for my position, it’s a one-on-one battle most of the time, so it’s just showing that I’m better than the guy that’s lined up in front of me, it’s kind of a sense of pride for sure.” 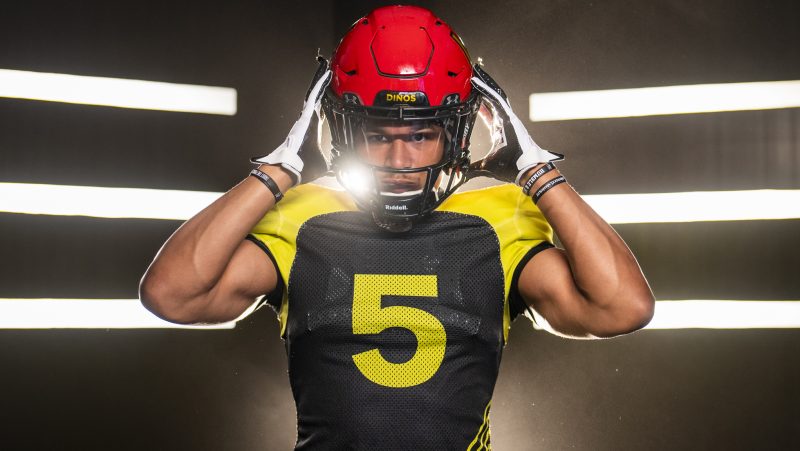 Jalen Philpot is anxiously awaiting hearing his name called by a CFL team on May 3 in the CFL Draft (Kevin Sousa/CFL.ca)

Philpot amassed 113 receptions, 1,889 yards and 10 touchdowns in his three seasons with the Dinos. In only six games in 2021, he recorded 43 receptions, 799 yards and four touchdowns, earning him his second-career nod as a U SPORTS First Team All-Canadian.

He attended the CFL Combine in March, looking to show to the scouts and general managers in attendance his speed and route running ability in the drills and one-on-one period.

In the spring edition of the CFL’s Scouting Bureau, Philpot was ranked fifth and is projected to go fifth overall to the Calgary Stampeders in Marshall Ferguson’s second Mock Draft.

Only time will tell where he gets selected on May 3 but according to the pass-catcher, he’s working hard to make sure he’s the best he can be as he gets ready to help any team find success.

“I love football so I’ll just be in the weight room, I’ll be in the film room just doing everything I can to get better,” said Philpot. “(A team is) going to get someone who is a perfectionist, works on everything, works on their craft and just a big play player.

“I’m going to grind for every extra yard, every first down and just do everything I can every week to help my team win.”