Richards the 1st: Recapping an eventful Round 1 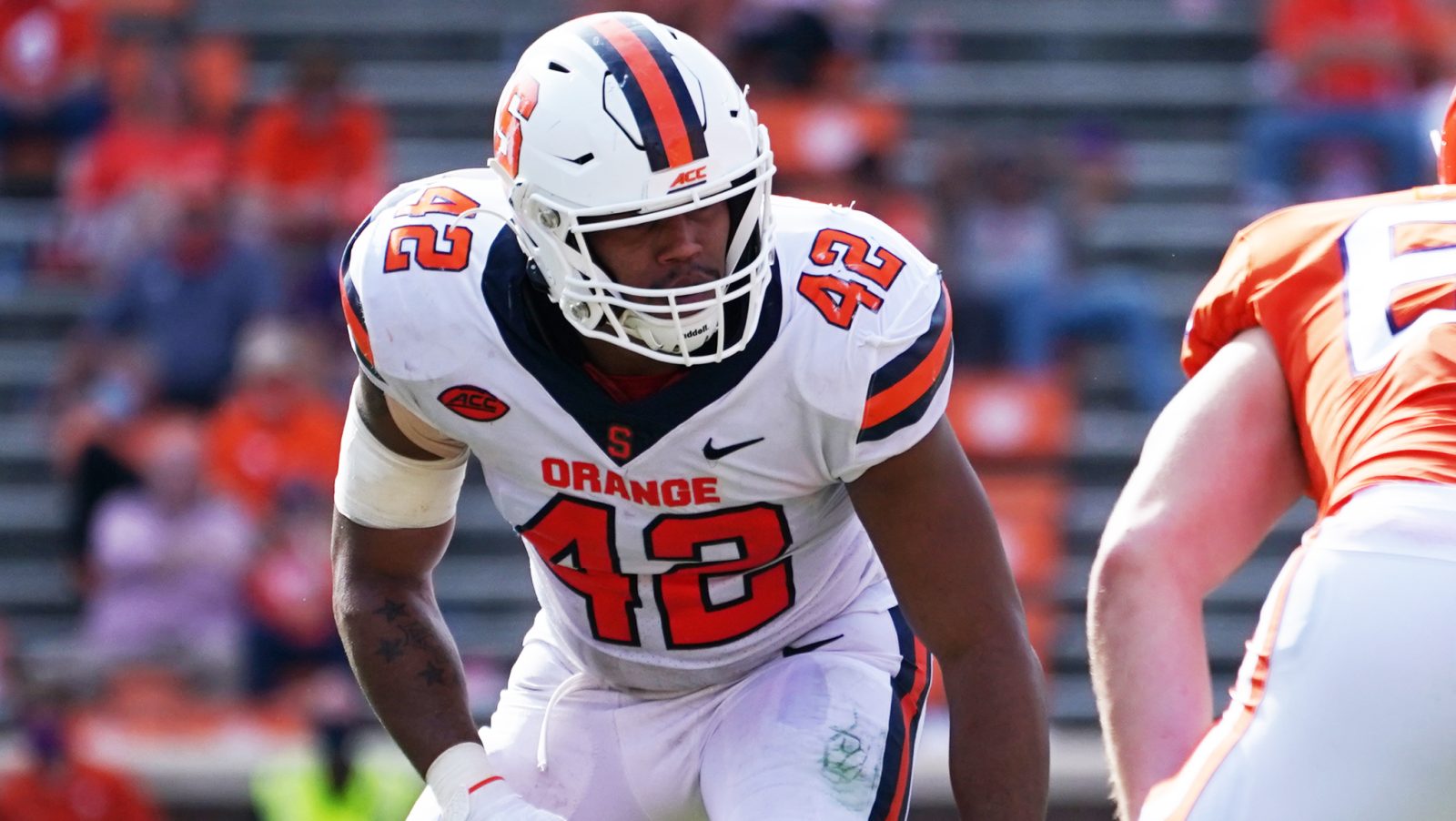 Richards the 1st: Recapping an eventful Round 1

TORONTO — As expected, Tyrell Richards was the first overall pick in the 2022 CFL Draft. The Syracuse linebacker’s destination ended up being a draft day surprise, though.

A trade on the morning of the draft saw the Montreal Alouettes move up from fourth to first overall, swapping spots with the Edmonton Elks, to take Richards first overall. The pick swap cost the Alouettes the rights to offensive lineman Carter O’Donnell, a Red Deer, Alta. native that played his U SPORTS football at the University of Alberta. O’Donnell has been with the Indianapolis Colts the last two seasons.

With Richards the most talked about possibility as a first overall pick, the draft broke away from what was suspected in much of the first round. The Ottawa REDBLACKS kept it local with the second overall pick, taking Ottawa GeeGees o-lineman Zack Pelehos.

“Zack’s progression was evident through the combine, and what he brought to his program,” REDBLACKS general manager Shawn Burke said through a team release.

“He’s nasty, he’s going to be physical, and he brings the type of football we want to play.”

The BC Lions scooped up Saskatchewan Huskies DL Nathan Cherry with the third overall pick, snagging a 2021 first-team All-Canadian to add some depth to their defensive line. Cherry was ranked 20th in the spring edition of the CFL Scouting Bureau.

After trading down to the fourth spot, Elks’ GM Chris Jones opted for defensive back Enock Makonzo, out of Coastal Carolina. Makonzo had 71 total tackles and 10 for loss, forced three fumbles and had one fumble recovery while allowing only 108 passing yards on 30 targets, the Elks’ site reported.

Two names that fans were expecting to hear in the first round found their CFL homes in the second half of the opening round. The Calgary Stampeders took receiver Jalen Philpot fifth overall, keeping the U of C Dino in the same building for the foreseeable future.

Philpot was part of a Vanier Cup-winning team in 2019 and suited up in the College Gridiron Showcase following his senior season.

With the sixth pick, the Toronto Argonauts stayed true to form with their first round pick, taking six-foot-three, 322-pound offensive lineman Gregor MacKellor out of St. Francis Xavier University. The Argos have taken o-linemen four times in the last five years.

The Saskatchewan Roughriders made a sound move with the seventh overall pick, taking Samuel Emilus. The Louisiana Tech receiver had 17 catches for 247 yards with three touchdowns last year with the Bulldogs. He was more impactful with UMass, he had 653 yards off of 59 catches, with seven touchdowns through 22 games over three seasons with the Minutemen.

“At UMass, he was the aerial attack,” TSN’s Duane Forde said of Emilus.

After losing National receiver Brayden Lenius to the Atlanta Falcons this winter, the Riders have added some depth to their Canadian receiving corps. Marshall Ferguson, taking a break from his CFL.ca work to sit on the TSN panel, praised his catch radius. That could add more big play ability to the Riders’ offensive attack this season.

Having gained the eighth overall pick via a Monday night trade with the Hamilton Tiger-Cats, the Elks used their second first choice on quarterback Tre Ford. The selection marked the first time that a quarterback was chosen in the first round since 1980.

Ferguson wondered if Ford could help the Elks with his speed and if Jones and Elks’ offensive coordinator Steve McAdoo might use him in the same way that they used backup QB Jordan Lynch in Jones’ first go-round in Edmonton in 2014 and 2015.

The first round wrapped up with the second Philpot, Tyson, being chosen by the Alouettes. When informed by TSN panel host Farhan Lalji that the Alouettes open the season on the road in Calgary on June 9, the newest Alouette smiled.