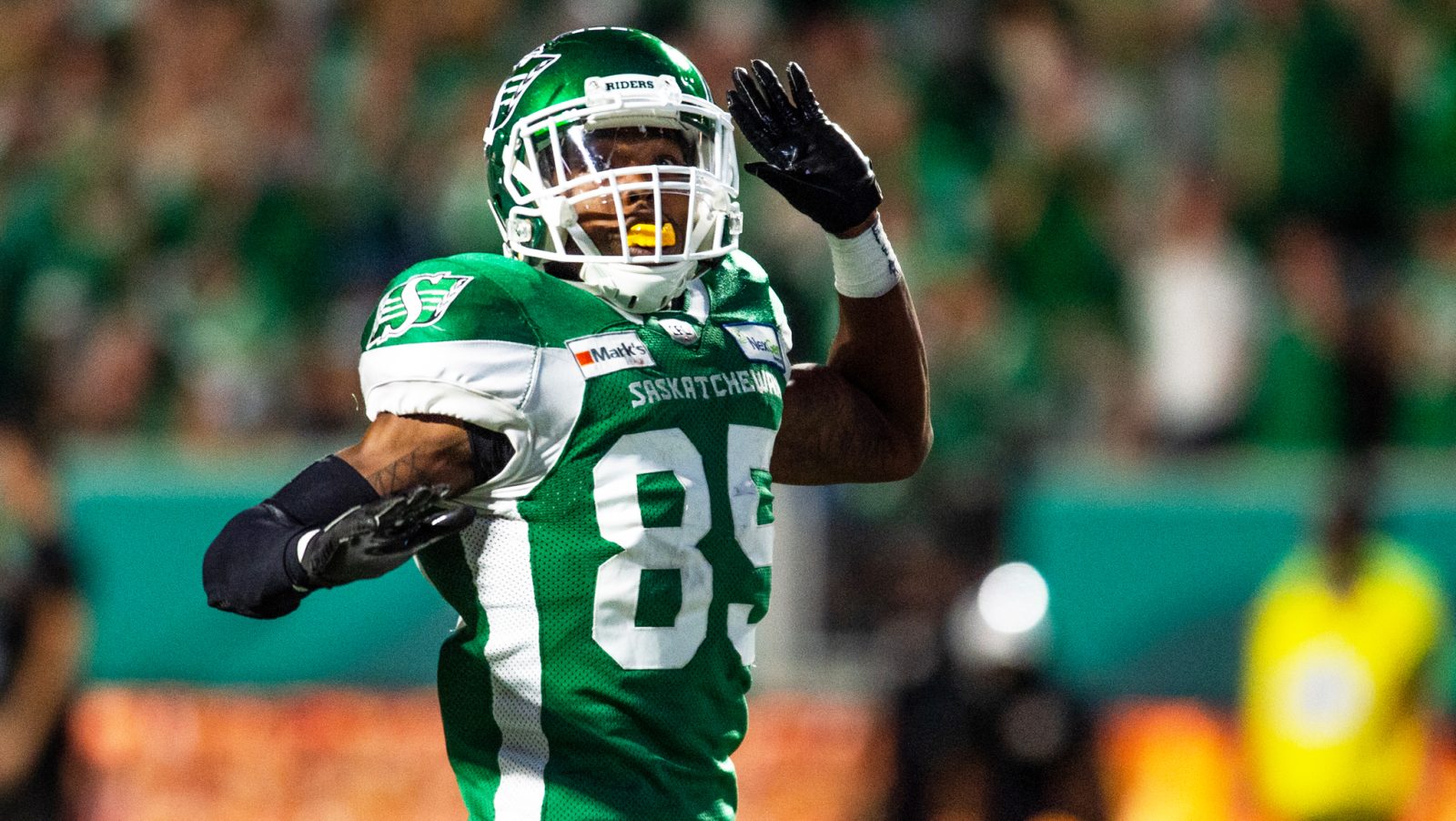 REGINA — There may be no more of a natural fit than the idea of the Saskatchewan Roughriders hosting a Grey Cup.

The city/province where three-down football reigns supreme feels like the perfect place for the country to get together and celebrate the game for a week, then hand out the Grey Cup in front of a packed house at Mosaic Stadium.

In the same way that the planning has been in motion for years — remember, the pandemic pushed this game from its initial hosting date of 2020 to 2022 — so too has the buzz around the idea of the Riders playing in that game this November that sits at the end of what promises to be a magical week.

For the Riders’ faithful, there’s no reason to think that it can’t happen, either. The 2013 Riders ran that pressure-filled gauntlet, giving Old Mosaic the perfect (ski-doo flipping) sendoff it deserved after a fan base that’s historically been disappointed was rewarded with a storybook ending to its season.

It felt like the second that the Riders were ousted from the Western Final last year, the focus shifted to the 2022 season and the possibilities it presents.

Riders’ general manager Jeremy O’Day has tried to break free from the 2013 idea of the team going all in to bring the Grey Cup home. That’s largely because this is a team that regardless of where the Grey Cup will be played this year, has been built to take a good run at finally upending the defending champ Winnipeg Blue Bombers and ending its championship drought at nine years (eight if we’re subtracting 2020, which should be a societal norm at this point). 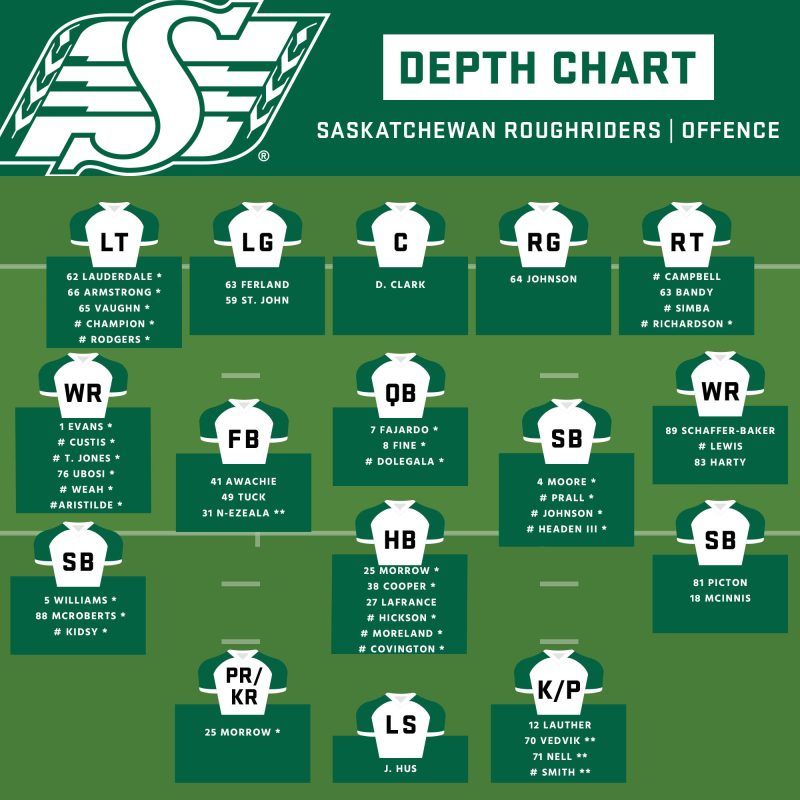 To get there, we’ll have to see some offensive growth. Cody Fajardo‘s numbers dipped in 2021 compared to his breakthrough season in 2019, though offence being down was a league-wide trend last season.

While every team across the league struggled with a compressed schedule, Fajardo and the Riders’ offence could stand to benefit the most from some of the normalcy that the 2022 season is offering. Training camp, pre-season games and a full schedule could make a world of difference for a group that went without Shaq Evans for much of last year and added Duke Williams in the final stretch of the season. If the chemistry and production is there between Fajardo and these two elite receivers, fans will be very happy with what they see on Riders game days this season.

The Riders lost a great Canadian talent from its receiving corps when Brayden Lenius signed with the Atlanta Falcons, but Kian Schaffer-Baker and Mitchell Picton lead a talented group that will have room for them to further establish themselves in the offence. Remember also that the Riders used their first-round pick in this year’s CFL Draft to take Louisiana Tech’s Sam Emilus. He could be a solid contributor as a rookie.

The run game will be an interesting thing to watch in camp. With the departure of William Powell, the starting gig is up for grabs, even if O’Day and head coach Craig Dickenson said in the off-season that Jamal Morrow may have a leg up on it. Morrow showed off his speed in the return game last season (expect to see more of that, too) and will take his shot at starting, while battling Shaq Cooper for the job. Cooper signed this winter after spending the 2021 campaign with BC. National Kienan LaFrance and a trio of Americans — Justin Covington, Frankie Hickson and Shamar Moreland — should make this an interesting battle.

Of course, everything in the offence depends on the protection that Fajardo gets and the holes punched open for the run game by the offensive line. Saskatchewan allowed 40 sacks in 2021, the second-worst total in the league. New tackle Jamal Campbell will try to alleviate that and the idea of a healthy Terran Vaughn, who missed all of last season with a shoulder injury, back at left tackle should be a reason for optimism. 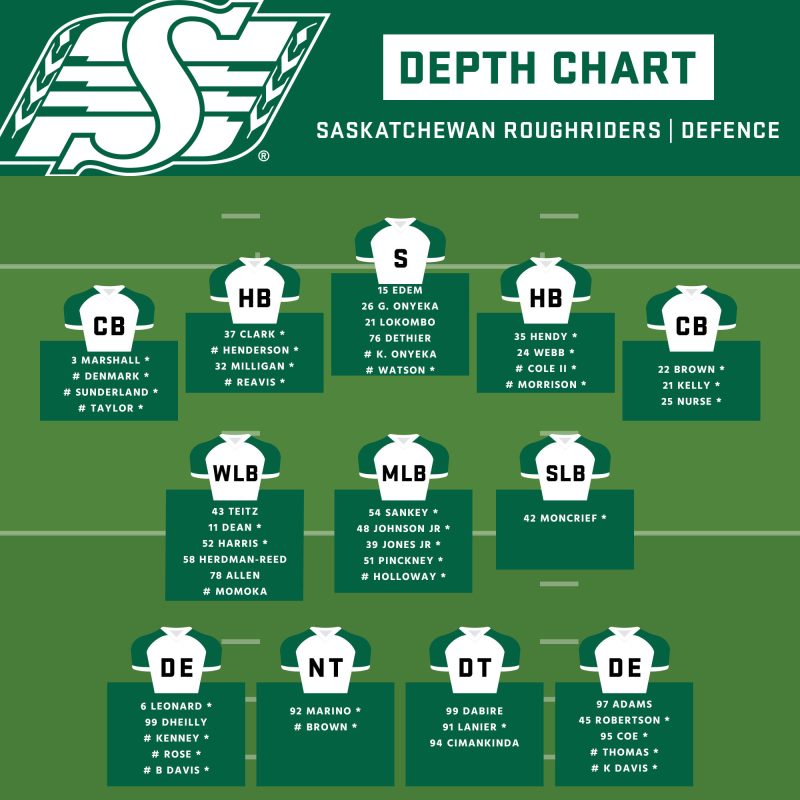 The Riders will look different on the defensive side of the ball this year. Ed Gainey came to be loved by fans and a dreaded face for the opposition, but the Riders opted to let him leave in free agency this winter. That admiration/fear may shift over to cornerback Nick Marshall this season, after he tied with Gainey for the team lead in interceptions, with three. Loucheiz Purifoy (two interceptions) also left in free agency, which should create some stat-bumping opportunities for some new faces. One of those to watch is 2021 draft pick Nelson Lokombo. He was lost for the season with a training camp injury and will be hungry to make a name for himself.

Perhaps the most impactful change for the Riders comes to its linebacking corps. O’Day picked up Darnell Sankey and Derrick Moncrief in free agency. Pairing them with National LB Micah Teitz after his breakout 2021 season should make for a high-energy, game-changing linebacking corps. Remember that Teitz’s breakout season came as a result of Larry Dean‘s season-ending injury. If the Riders get Dean back this year at full health, they’re fully stocked at the linebacker position. Even if Dean needs some time to get fully up to speed, the talent in front of him should allow for that, too.

On the d-line, the Riders will look to duplicate the QB pressure they generated in 2021. The team finished second in the league in sacks, with 47. A.C. Leonard (11 sacks in 2021) was a leader and there’s plenty of room for others to step up their sack totals after Jonathan Woodard left town for an NFL opportunity. Garrett Marino had four sacks last year as a rookie and would be a good nominee to step into a bigger role.

Finally, on a team coached by Craig Dickenson, the light has to shine for a moment on special teams. The Riders have been an innovative, fearless group in that regard since Dickenson assumed head coaching duties in 2019 and that shouldn’t change this year. With one of the best kickers in the league in Brett Lauther, an excellent punter in Global Kaare Vedvik and a promising young returner in Morrow, the Riders are a constant threat of making game-changing plays with their special teams work. All of that should only improve this year.

The Riders head into the 2022 season in a good spot, with a maturing core that will have a very alluring goal to work toward. If it all works out for them, they’ll have an entire province behind them as they try to bring the Grey Cup home.