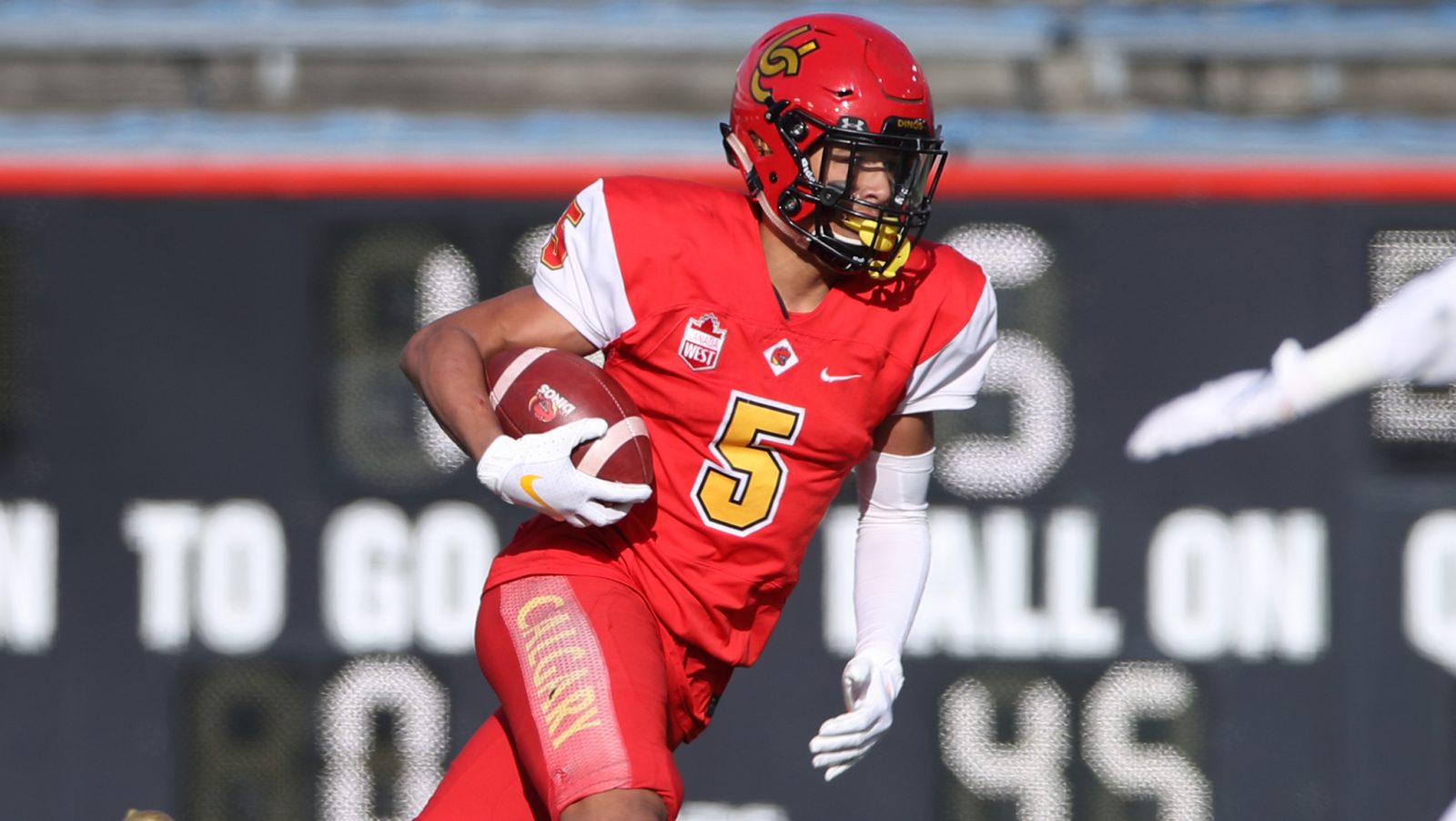 CALGARY — The Calgary Stampeders have signed all eight members of their 2022 draft class.

All the 2022 draftees are expected to be in Calgary for the start of rookie camp on Wednesday although St-Lot will not be taking part in on-field activities as he continues to recover from an injury.

MORE CFL DRAFT COVERAGE
» CFL Global Draft Tracker: Get up to date with every pick
» In the Books: Trades help shape an exciting ’22 CFL Draft
» Landry’s five takeaways from the CFL Draft

Philpot played 22 games over three seasons at the University of Calgary. He recorded 113 receptions for 1,889 yards and 10 touchdowns during his Dinos career. Philpot was a Canada West all-star in 2019 and 2021 in addition to twice being named a first-team all-Canadian. He was part of a Vanier Cup-winning team in 2019.

Through four seasons with the Golden Bears, Schakel tallied 145 tackles, 6.5 sacks, five forced fumbles and one interception. In 2021, he received the President’s Trophy as the Canada West Outstanding Defensive Player after making 51.5 tackles in six games for a U Sports-best 8.6 tackles per game and adding eight tackles for loss, four sacks and three forced fumbles. Schakel is a two-time academic all-Canadian and in 2021 he won the conference’s Russ Jackson Student-Athlete Community Service Award.

Royer played strong safety at Western Illinois in 2019 and in 12 games for the Fighting Leathernecks, he recorded 74 tackles, five passes defended and one fumble recovery. He reached double digits in tackles in a single game on three occasions. Royer transferred to Western Illinois after attending Charleston Southern. He redshirted in 2015 and was a medical redshirt in 2016 after suffering an injury in the season-opener. In 2017, Royer played nine games for the Buccaneers and recorded 77 tackles and one forced fumble.

Butler played five seasons for the Gaels and helped guide the team to an undefeated season in 2021. As a team captain in his final year, he paved the way for running back and fellow Stamps draftee Rasheed Tucker to finish second in the country with 672 rushing yards. He was also invited to the East-West Bowl.

Braden started all six games at left tackle for the University of Regina in 2021. In 2019, he suited up for all eight games and made starts at both right guard and left tackle. Braden is a two-time academic all- Canadian. Prior to joining the Rams, he played four seasons for the Regina Thunder junior team.

Tucker played 21 games over three seasons at Queen’s. He had 269 career carries with the Gaels for 1,573 yards and 15 touchdowns as well as 23 catches for 210 yards. In 2021, he earned first-team Ontario University Athletics and U Sports all-Canadian honours after rushing for 687 yards and eight touchdowns during the regular season and adding 419 yards and four scores in the playoffs. Tucker was a three-time U Sports academic all-Canadian.

St-Lot played 20 games for Maine over the course of the 2018 and 2019 seasons, recording 31 tackles and adding one interception and two fumble recoveries. He sat out the 2021 season due to injury.

Amoako started all six games at York in 2021 and made 12.5 tackles, three pass breakups and one interception. In four seasons with the Lions, he has registered 44 tackles in 27 games.