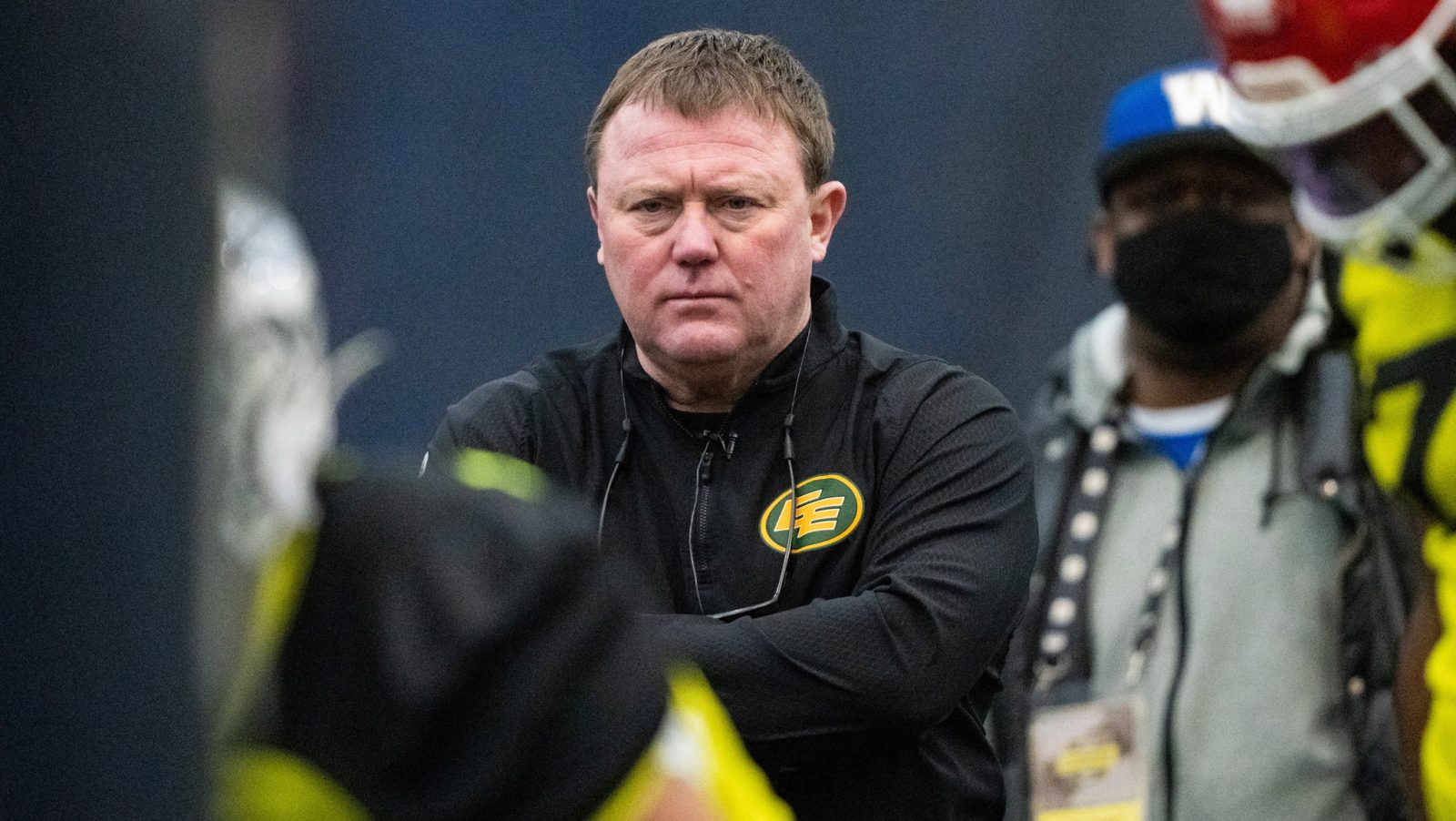 The 2022 CFL Draft has come and gone and the Edmonton Elks were the stars of the show. Chris Jones is back as head coach and general manager and he was calculated and aggressive in his first draft back at the helm. You never know for sure how things are going to go coming out of a draft any given year, but I sure like what Jones and the Elks did last week.

Edmonton grabbed their biggest headline on draft day when they sent their number one overall selection to the Montreal Alouettes. In return, the Elks moved down to fourth overall and received the playing rights to offensive lineman and 2020 third-round pick Michael O’Donnell.

MORE CFL DRAFT COVERAGE
» A team-by-team look at the 2022 CFL Draft
» In the Books: Trades help shape an exciting ’22 CFL Draft
» Quote Board: Chatting with the top 3 CFL Draft selections

With that newly acquired fourth overall pick, Edmonton selected Coastal Carolina product Enock Makonzo. As has been noted by CFL.ca colleagues Don Landry and Marshall Ferguson over the last few days, Makonzo seems like a perfect fit with Jones, mainly due to his remarkable versatility.

Officially listed as a defensive back, we also saw Makonzo take significant snaps on the edge and at linebacker during his time in the NCAA. Knowing how Jones covets versatility and unpredictability in his defensive packages, Makonzo seems to be a glove-like fit. Maybe Jones sees him as a safety, or perhaps we see Makonzo settle in as a cover linebacker…or maybe that’s just scratching the surface of how Edmonton uses their first pick of 2022.

In O’Donnell, the Elks have acquired a promising Canadian offensive lineman currently with the NFL’s Indianapolis Colts. But it’s not crazy to think the University of Calgary product could end up in Edmonton down the road. O’Donnell has been with the Colts the last two seasons but has spent most of his time on their practice squad. If at any point O’Donnell’s time in Indy comes to an end, the prospect of playing time with the Elks will be staring him in the face.

But that wasn’t the only big move made by Jones last week. Prior to Tuesday’s draft, Edmonton acquired an additional first round pick, number eight overall, from the Hamilton Tiger-Cats. It was a bold move from Jones, as the Elks sent a pair of roster players the other way, including offensive lineman Kyle Saxelid who started 16 games over the last two seasons.

With their second first rounder, Edmonton made one of my favourite selections of the day in University of Waterloo quarterback Tre Ford. We dubbed Ford the draft’s most interesting man in last week’s column, and we wondered if his potential NFL options might shy away a few teams in the first round. It certainly didn’t have that effect on Jones and the Elks.

Ford is perhaps the most gifted athlete in the 2022 draft class and his potential is through the roof as a CFL quarterback. Players like Ford don’t come along very often, as it’s rare to have a high-end pivot available in a draft of all Canadian players. Whether he sticks in the NFL or not, drafting Ford eighth overall is an extremely smart and calculated risk from Jones.

Edmonton is coming off a nightmare 2021 season that prompted sweeping change up and down the organization. As a result, Jones is back in green and gold and his hiring immediately won back faith from a lot of Elks fans. I can’t imagine his work at the draft last week did anything to quell that excitement heading into the 2022 season.

The Als get their guy

Tyrell Richards seemed locked in for weeks as the number one overall pick, and we all assumed he was destined to be selected by Edmonton. But when Montreal made their move and climbed three spots, it became that much clearer Richards was going number one. And now the most gifted defensive athlete in this year’s class is officially a member of the Alouettes.

Richards has been on the radar as a potential top pick since debuting as the number two ranked prospect in the CFL Scouting Bureau’s first rankings back in September. But his case became more emphatic when the Syracuse product attended the CFL Combine and blew the doors off.

Richards took snaps at multiple defensive positions at the Combine and was a clear standout across the board. Richards was officially listed and drafted as a linebacker, which is where he sees himself fitting in with Montreal in the immediacy.

“The preference right now is definitely linebacker,” Richards said on Tuesday night. “As a linebacker you have to understand what’s going on everywhere. That will help me be able to play multiple positions within the defence. I just want to go in and kind of prove myself through camp and try to show the type of player I can be on the field.”

After a tough 2021 season where nothing seemed to go right, the Ottawa REDBLACKS had some good fortune when it came to their territorial selection at the end of the second round. Penn State linebacker Jesse Luketa, who went in the seventh round to Arizona last weekend, was born and raised in Ottawa, which made their 20th overall pick an absolute no-brainer.

Only two teams got territorial picks in 2022: Edmonton and Ottawa, based on their results from last season. It just so happened an elite talent like Luketa qualified for the REDBLACKS, which made it far easier to select a player who’s also an NFL pick. Ottawa will be playing the long game with Luketa, but if he does move north of the border, his hometown team is waiting.