It was an eventful off-season for the Ottawa REDBLACKS as change was in the air. There’s a new man in charge, a new quarterback, a handful of new receivers, new defenders and a new outlook heading into the 2022 season.

The revolving door of quarterbacks and lack of protection were the forefront of what went wrong with the REDBLACKS offence that saw the unit at the bottom of almost all offensive categories.

So when the new general manager, Shawn Burke, came into town, he quickly got to work and used free agency as an opportunity to overhaul his team’s offence. He brought in a franchise quarterback and a plethora of star receivers for him to work with. Burke also re-tooled the offensive line and signed a new (old) face at running back.

Plus with a few additions to the defence that is sure to make the group more aggressive, things are looking quite different in the nation’s capital as the season approaches. 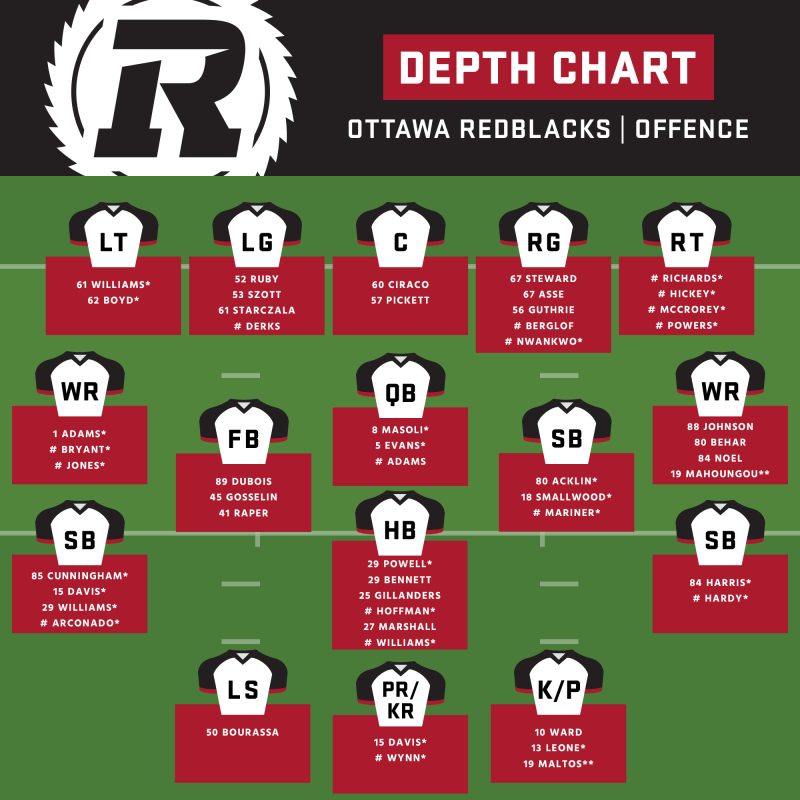 Jeremiah Masoli headlines the biggest change for Ottawa on offence. Masoli signed with the REDBLACKS as a free agent earlier this off-season, starting the domino effect of change. The 33-year-old pivot spent eight seasons with the Hamilton Tiger-Cats, becoming an East Division All-Star and the East Division’s nominee for Most Outstanding Player in 2018. He was a part of three Ticats teams that played for a Grey Cup (2014, 2019, 2021), bringing a veteran presence and playmaking abilities with him to Ottawa.

B.J. Cunningham, Darvin Adams, Jaelon Acklin and Shaq Johnson headline a new-look receiver room and R.J. Harris re-signed to remain in REDBLACKS colours. Ryan Davis was one of the bright spots for Ottawa in 2021, in 14 games he hauled in 55 catches for 589 yards and two touchdowns to go along with 382 kickoff return yards and 99 yards on punt returns. It’ll be interesting to keep an eye on him to see if he can earn a starting job in camp.

William Powell returns to Ottawa after two seasons away from the team. With the REDBLACKS, Powell had back-to-back 1,000-yard rushing seasons (2017, 2018) and is hoping to find that magic again in his return.

The REDBLACKS also looked to retool their offensive line this off-season. Burke and co. signed Ucambre Williams, Hunter Steward, and Darius Ciraco as free agents in February after adding Jacob Ruby in January.

Kickers remain the same with Lewis Ward and Richie Leone ready to handle kicking and punting duties, respectively. With DeVonte Dedmon’s departure to the NFL, it’s likely the Davis will be the primary kick returner, barring any standouts in camp. 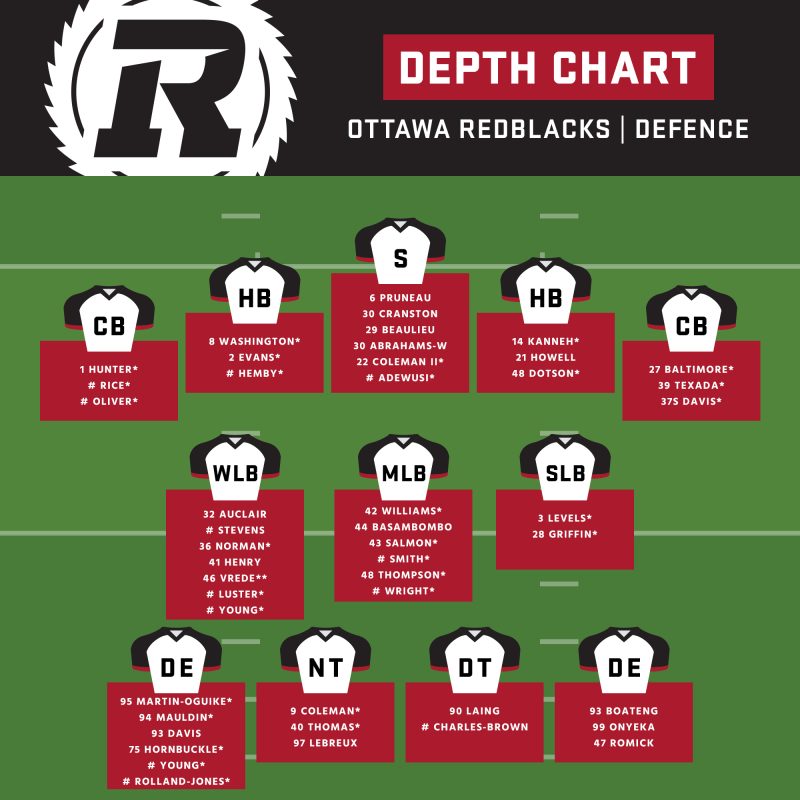 SAM linebacker Patrick Levels and defensive lineman Kwaku Boateng headline the new faces on the defensive side of the ball. Levels tallied 42 tackles, three sacks, an interception, and scored a touchdown last season with Montreal while Boateng amassed 15 tackles, four sacks, and a forced fumble in Edmonton. Both will be a welcome addition to the defence.

In the secondary, Antoine Pruneau is set at safety while last year’s interception leader, Trumaine Washington, and veteran Abdul Kanneh should start at halfback. Sherrod Baltimore and Money Hunter are the likely starter at cornerback.

Avery Williams is likely to patrol the middle of the defence once again. With the departure of Micah Awe, Adam Auclair, who backed up Awe last season, could be the starter WILL but keep an eye on that battle in camp as there may be someone that stands out to beat him for the job.

As anyone could tell you, sports aren’t played on paper so REDBLACKS fans will have to wait to see how this new-look team gels on the field in real game action. But until then, the optimism is high and with additions of playmakers all over the field, Ottawa should be in a good spot to be competitive in the East Division this season.