Nye: A name to follow for each team’s camp 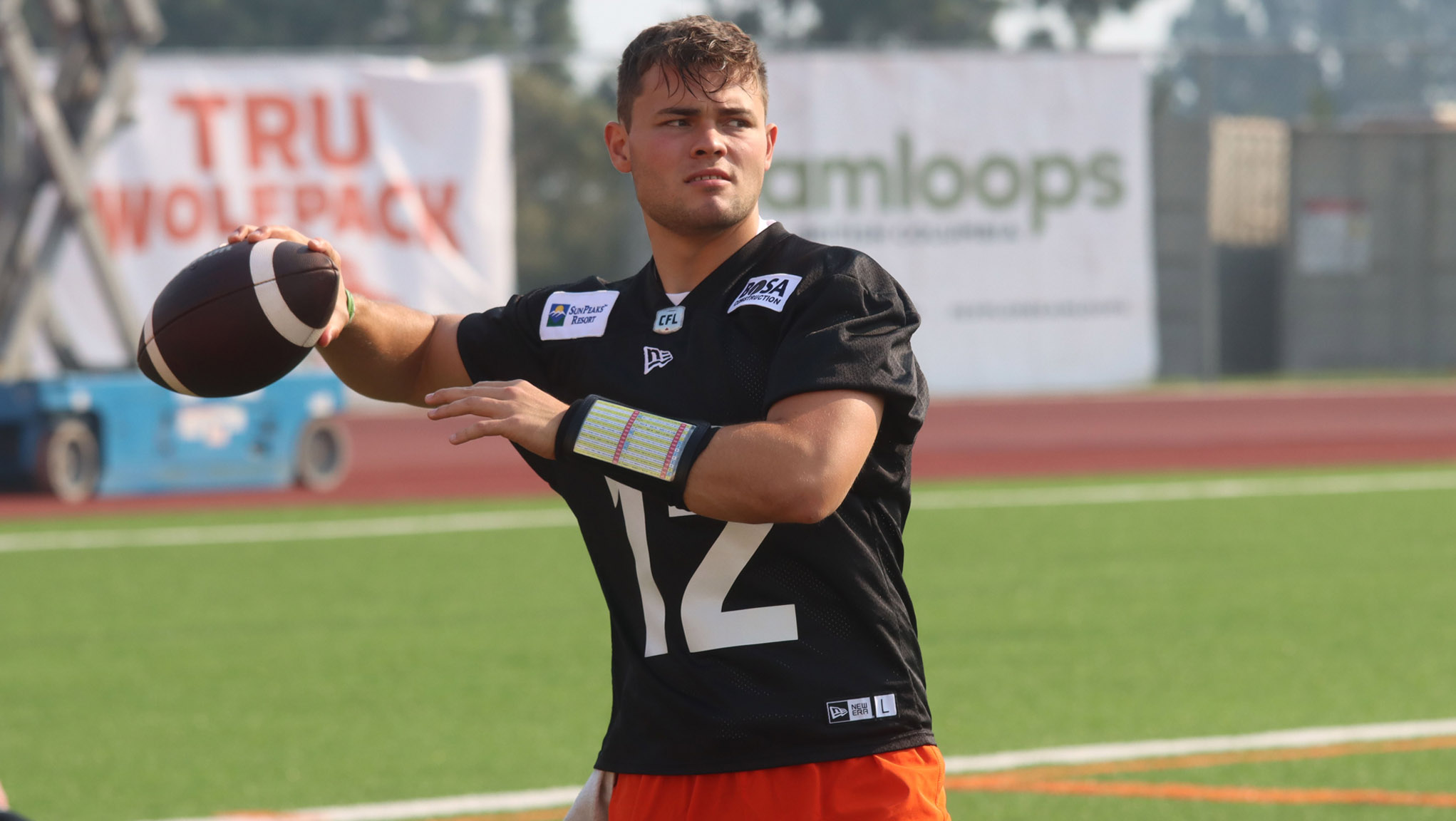 Nye: A name to follow for each team’s camp

Football fans always have an answer for what intrigues you about certain teams. After a busy off-season of signings, re-signings, hirings, firings, drafts and trades, it’s time to see how these teams all piece it together.

As rookie camps open up across the country I definitely have an answer for each team of the one thing that intrigues me most about them.

RELATED
» Morris: Lions go young and Canadian at QB
» Landry: All eyes are on quarterbacks in Edmonton
» Ferguson: Bombers need to embrace change in ’22

C’mon, isn’t this easy? We’ll all be watching closely to see how Nathan Rourke establishes himself as the starter at the beginning of camp.

It’s never easy to take over for a future hall of famer, but Rourke doesn’t have the pressure of taking over after an incredibly successful season for a team losing a high calibre quarterback. Instead, Rourke is being asked to lead a team that expects to be on the rise rather than one that is already on top.

While you usually see starting quarterbacks rested through most of the pre-season with a few reps here and there, I’d expect we’ll see a lot more of Rourke and it’ll be where my attention will be throughout the next three weeks.

OK, I refuse to pick quarterbacks for every team…so Bo Levi Mitchell‘s health aside, I’m interested in seeing how Cameron Judge adapts to the Stampeders’ defence.

You remember Judge being an all-star linebacker for the Roughriders that went to Toronto and like Charleston Hughes who left Saskatchewan to go to Toronto last year, had a down year.

I watched Judge up close for the three seasons in Saskatchewan as he rose to one of the top Canadian players (I voted for him to win the MOC in ‘19) so it came as a surprise to see how much his game dropped in 2021.

I’d expect Judge to be back in top shape but you’ll want to see it early to have faith that Judge could be a major ratio breaker for the Stamps this season.

And Duron Carter. Carter and Chris Jones have one of the most intriguing relationships of all time. It was a rocky road with the two in Saskatchewan as Carter re-gained his stature as a top target and then saw the relationship sour to the point of a strange practice altercation that eventually led to Jones flipping Carter over to the defensive side of the ball.

Carter is starting his Elks career at defensive back and will actually get a full camp. He also hasn’t played since 2019 so it adds even more intrigue to see how Carter looks in his return to football, albeit on the defensive side of the ball.

My answer changed this week when the Roughriders signed Charleston Hughes.

The man is 38-years old and wants to come into camp and have players in their 20s be absolutely shocked when they find out how old he is.

Hughes is a low risk, high reward signing for the Riders. If Hughes looks like he’s beyond his best years, the team has enough young defensive ends to move on from the future hall of famer.

If Hughes is back to the guy we saw in 2018 and 2019 for the Riders, we’ll see one of the strongest pass rushes in the CFL, with A.C. Leonard coming off the other side.

Before Hughes signed, I was going to go with offensive coordinator Jason Maas, to see if he incorporates more deep balls into the offence. Cody Fajardo conceded that they didn’t even work that much on deep balls last year, which was a big part of Cody’s success in 2019.

The Winnipeg Blue Bombers saw Kenny Lawler and Darvin Adams walk out of the receiving corps, so the opportunity knocks for a newcomer to be the next one up.

While the Bombers went out and signed Jalen Saunders and Greg Ellingson, I’m more curious to see what Rasheed Bailey has in store this season.

He had 629 yards and five touchdowns last year and showed himself to be a player that is on the rise. I’d love to see him take the next step into a more starring role in the offence. The soon to be 29-year old is right at the prime of his career to become the No. 1 guy in Winnipeg.

Paul LaPolice has to feel the heat in Ottawa after a down year in 2021 and with a new general manager in charge, LaPolice is in an intriguing position.

How much does his offence change with the addition of Jeremiah Masoli and the wave of other talented players brought in from around the league?

How does he do in trying to get the most of a group of guys who have never played together as a whole?

The head coach has many more questions to answer in Ottawa and needs a great training camp to hit the ground running early in 2022.

It feels like this could have been the answer as well in 2021, as I’m interested to see what first overall pick from last season Jake Burt brings into his second camp. He was catching some attention in camp last year until injuries took away his first season in the CFL.

This year, with Nikola Kalinic departed down south, Burt has a bigger opportunity to get into a decent role within the offence.

Burt is a big target, who can line up all over the field from in tight as a listed tight end to in the backfield as a fullback who can quickly get into the pass game. Yes, I’m intrigued to see if Burt can build off a good rookie camp to become the pick Hamilton was hoping for in last year’s draft.

A new face to the Canadian Football League is where I’m heading for Toronto.

Chad Kelly comes to Toronto with a great CFL set of attributes. If you saw him at Ole Miss, you’d know Kelly can make plays with his arm and his legs. Injuries in his senior year impacted his draft stock in the NFL and Kelly is hoping he can achieve his professional potential with the Argonauts.

While McLeod Bethel-Thompson and Antonio Pipkin are the veterans leaders of the room, at 28, Kelly has seen plenty of football and adds some intrigue to an already intriguing off-season for the Argonauts. It sounds like he enjoyed his first day of work with the Argos.

1st CFL practice in the books ! Boy I love this already !!! Blessed to be back out on the field doing what I love and that’s playing football !!! Go Argos !! Let’s go !!

The Alouettes traded up in the CFL Draft to make sure they got their hands on the athletic Tyrell Richards at No. 1.

When Richards arrives it’ll be interesting to see where another No. 1 pick sizes up as he makes his shift from college to the pros. Richards can line up in multiple positions because of his athleticism and size.

The Alouettes also don’t have a deep national pool of talent across the defence, so while he doesn’t need to start, the Als are hoping to see him take on the league like BC’s Jordan Williams did last year. The 2020 first overall pick was an absolute stud for the Lions.