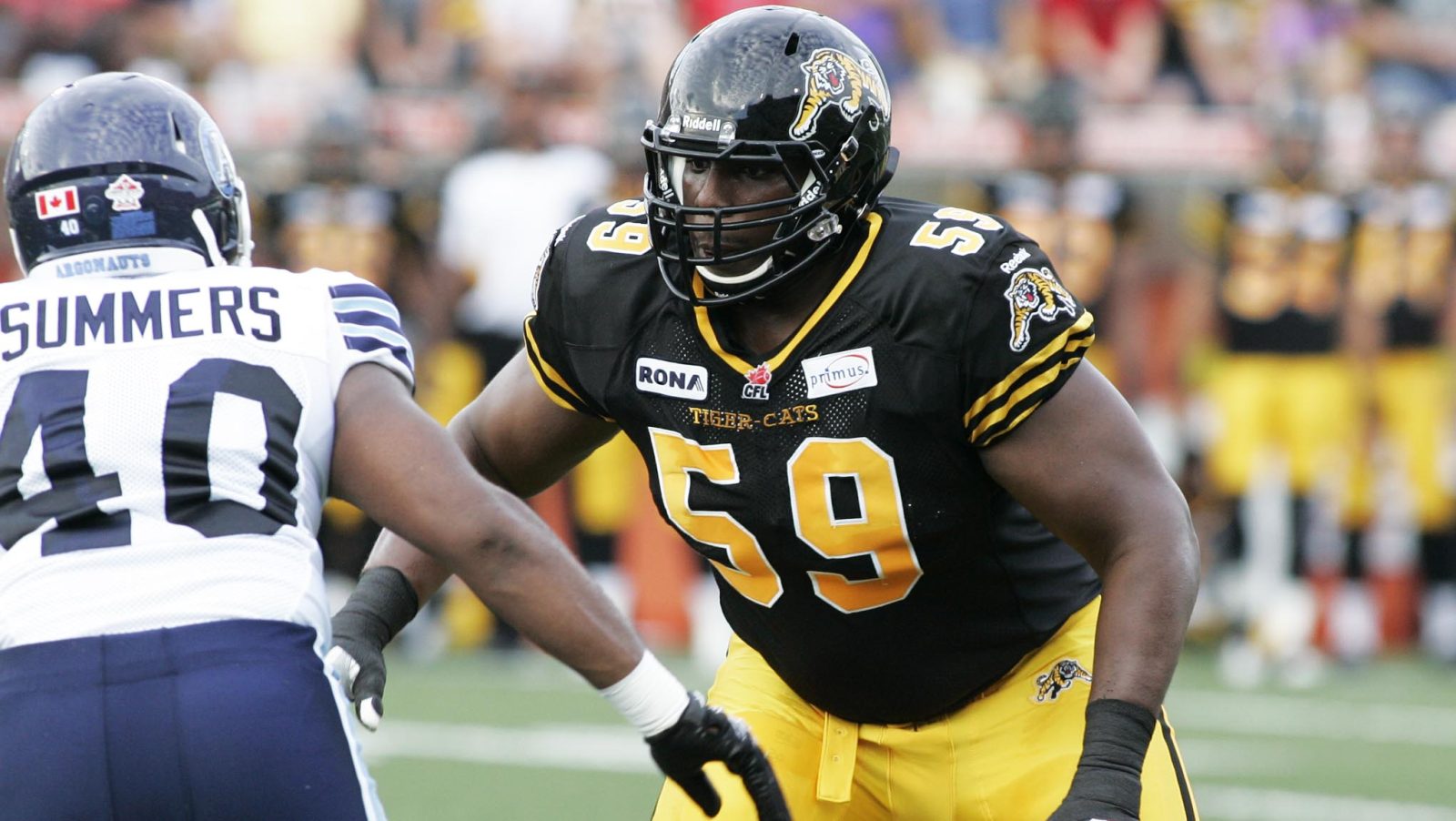 Brian Simmons always did have a feeling that he’d like to get into the football operations side of things once his playing career was over. But the former offensive lineman did not attempt to go through that door after he retired, in 2017.

Now, almost five years after he last performed in a CFL game, the 37-year-old is taking the opportunity to investigate the possibilities as one of nine people selected to take part in the CFL’s Diversity in Football Program.

As part of the program, Simmons will be with the Hamilton Ticats throughout training camp and the 2014 CFL East All-Star is a natural fit.

Having played six of his seven CFL seasons in Hamilton, the native of North Carolina settled in the Steeltown after his retirement and currently resides in Binbrook, on the city’s southeast side. 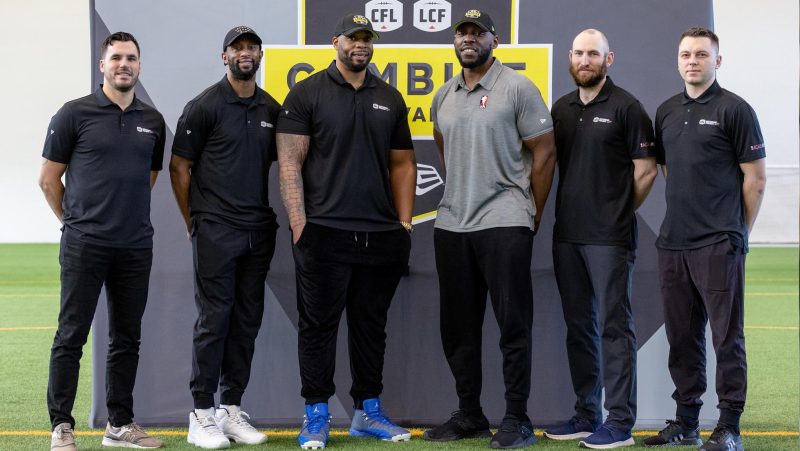 He’s done a lot in the construction industry over the years after first having a job in security. Simmons has worked on renovations, been a brick layer, and a landscaper. For the last two years, he’s been employed as a window and door contractor, a job he quite likes.

But the tug of football has always been there, lurking in the back of his mind.

Still, Simmons was not aggressively looking to chart a course for a front office football job when a message from the CFL Players’ Association landed in his inbox earlier this year. In that message was a description of another initiative called the Mentorship Program. He was curious and decided to apply.

One of six applicants chosen for the mentorship cohort, Simmons was given a crash course over a week’s time where he learned an awful lot about the business and management side of pro football. “It was really informative,” he said. “I learned so much about the CFL. Things I never knew as a player as far as how the league actually runs. It was an eye-opener. Like, I really had no idea.”

At the end of the week, the six participants were each assigned a mentor, and Simmons was paired up with an old acquaintance, Shawn Burke, the general manager of the Ottawa REDBLACKS. Burke was the Ticats’ director of football operations when Simmons first signed with the team, in 2011.

It was Burke who brought the Diversity in Football program to Simmons’ attention, suggesting the former player take a look. “When I applied,” said Simmons, “honestly, I didn’t think I’d be selected. But I’m excited about it.”

The Diversity in Football Program is an initiative being undertaken by the league in cooperation with the Canadian Centre for Diversity and Inclusion. It sees each team welcoming an additional individual from a diverse cultural background to join its football operations or business administration departments during training camp.

After the Ticats were matched up with Simmons, the team reached out to their former O-lineman to see what he’d like to try his hand at. It was suggested he might take a shot at coaching. Simmons thinks he could one day make a good coach, but “it’s just not something that I’m ready for right now.”

“It’s funny,” said Simmons. “I have such a great relationship with Coach O (Ticats Head Coach Orlondo Steinauer), that he would be the one guy that I would try coaching, just for him. But I had to be honest with myself in this situation. And I was like, let me go ahead and do what I really want to do.”

What he really wants to do is explore opportunities in the front office. “I would love to become a scout, someday, and work my way up the personnel and operations side,” said Simmons. “When I was a player I always said that I think I would enjoy being on the football operations side a little bit more than coaching.” 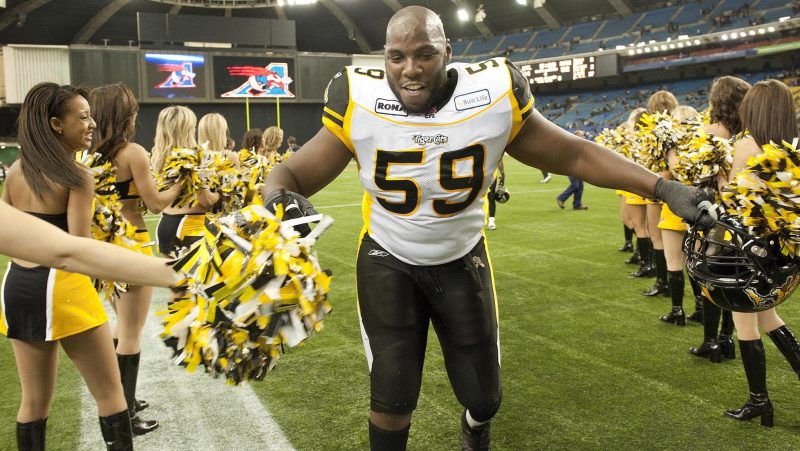 The man who played 90 CFL games, including 18 in his final season when he was a member of the Montreal Alouettes, thinks it may feel a touch weird when he reports for training camp. The last time he did that, he was still suiting up. “It’s gonna be kind of funny, checking in and knowing I don’t have to hit anybody,” he said with a chuckle.

In taking part in the Mentorship Program, and now preparing to join the Ticats through the Diversity in Football Program, Simmons is wondering if he maybe shouldn’t have attempted to follow a front office path five years ago, when he hung up his cleats. But the regrets are minimal, and he is happy to now have the opportunity to explore what the voice in the back of his head has been whispering.

“Sometimes it makes me realize that I probably should have had a plan,” Simmons said. “As soon as I got done playing, I should have tried. Maybe I should’ve tried to jump in at that time. But at the same time I have learned so many things outside of football, since I left, it’s almost like I can’t even put a price on it.”

Contented in his current professional life, but still hungry for football and intrigued by what a future in the sport he loves might hold, Simmons looks forward to learning even more in his time with the Ticats. “It’s good to have that exposure,” he said.

In wondering if the pilot light of football passion he’s kept burning might be leading him back to the game, Simmons is philosophical. “If nothing comes of it, I still enjoy what I do,” he said.

“But I will admit, it doesn’t give me that same passion that football does.”