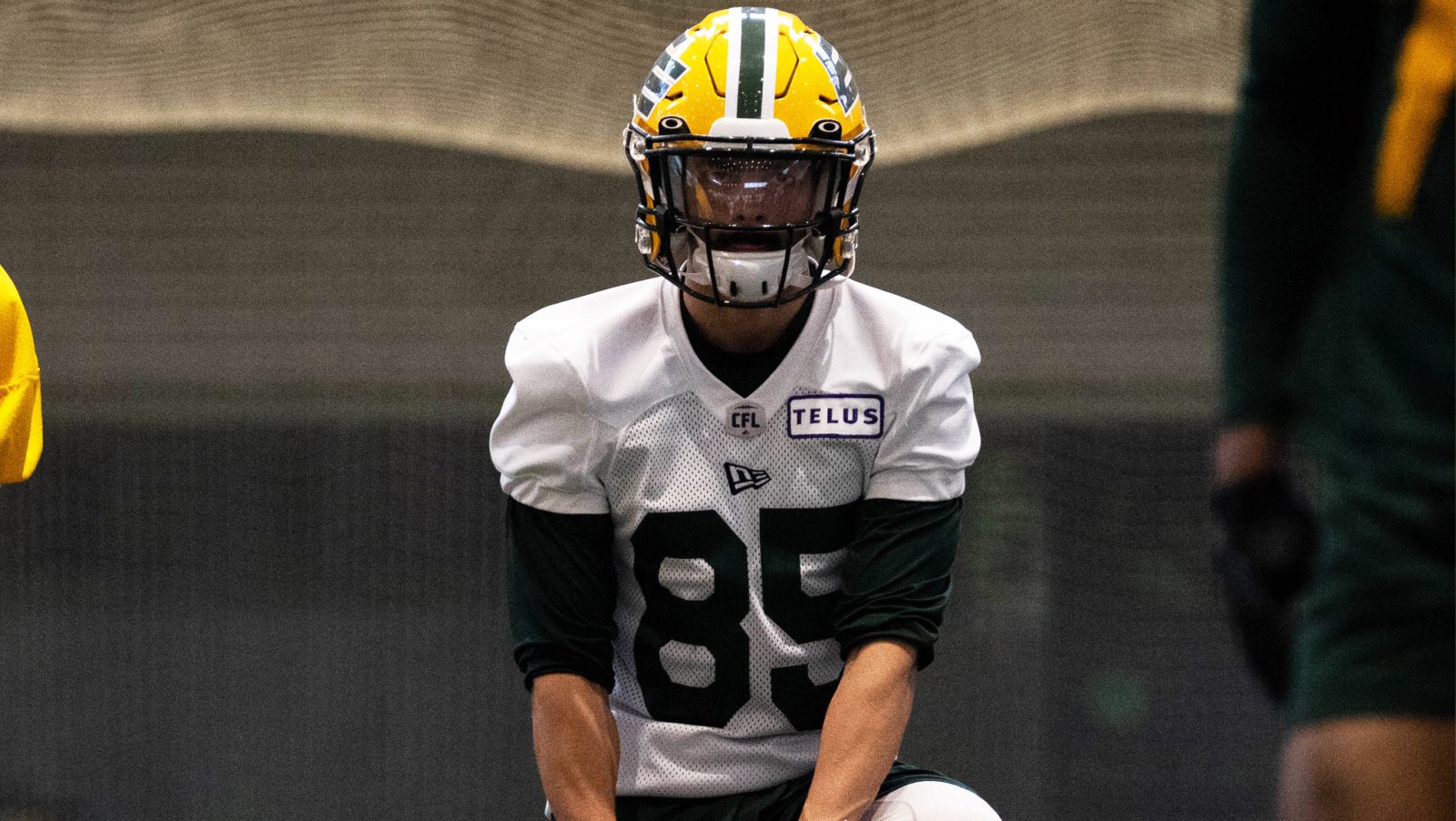 EDMONTON – Training camp continues for the Edmonton Elks and for Green and Gold fans across the country, there is a lot to be excited about with this team for the 2022 season.

On the field, the Elks added Kenny Lawler in the off-season, who was the league’s receiving yards leader just a season ago and fans are more than familiar with what Lawler is capable off on field. In case a refresher is needed, one could revisit his 205-yard performance against the BC Lions in Week 9 last season.

RELATED
» Nye: A name to follow in each team’s camp
» Landry: All eyes are on quarterbacks in Edmonton
» Everything you need to know ahead of training camp

While there is a lot to be excited about for the new Elks season, there is one rookie in particular that has caught the attention of Jones; Gavin Cobb.

“He’s a 41-and-a-half-inch vertical guy, tremendous, tremendous athlete. Very explosive, a guy that catches the football and he’s got return ability both as a punt returner and a kick returner,” said Jones of the rookie wide receiver.

Cobb was drafted 30th overall in the fourth round by the Elks after impressing at both his Regional and National Combine appearances.

At the CFL Combine presented by New Era Cobb ran a blazing 4.53 40-yard dash and followed it up with an impressive 6.97 3-cone time, but Cobb wasn’t finished showing off his explosivity. Cobb jumped at 10’ 9 7/8” broad jump, which was two full inches longer than the second-best recorded jump.

“He puts me in mind of a young Chris Williams,” said Jones of Cobb. “I mean he can run fast; their game is very closely linked and we just hope that he can play as well as Chris Williams did.”

Cobb garnered high praise from his head coach, however as special teams coordinator Merritt Bowden points out, opportunities to return are sparse and athletes will need to make the most of their chances.

“They absolutely have to make the most of them because they might not get but one or two opportunities,” said Bowden. “They have to be smart, but they also have to be fearless, they have to want to go up and make that play.”

Cobb is certainly a quick and very athletic wide receiver, as he looks to make the next steps and progress into a CFL returner, coaches will be keeping an eye on an added sense of fearlessness.

As the Elks get set for their first pre-season game, fans can be excited about the prospect of seeing Cobb suit of for his first taste of CFL action. Edmonton will travel to Winnipeg to face the defending Grey Cup champion Blue Bombers on May 27, with kickoff set for 8:30 p.m. ET.