Norman Kwong came from the humblest and as we look back on it going on 90 years later, some of the most cruel beginnings.

Growing up in Calgary in the 1930s, he watched people go to a park at the top of Centre Street Hill. He heard of kids playing in a wading pool, where their squeals and laughter were devoured by the hot summer air, becoming the memories that people carry with them for life.

Kwong only heard of it. He wasn’t allowed to go there.

“I always wanted to go wading in the pool there, but I wasn’t allowed because it was just for white people,” he once told the Calgary Herald, in a piece that was written on Sept. 6, 2016, after Kwong had died at the age of 86.

“There was no sign or anything,” Kwong told the Herald. “It’s just the way things were.” 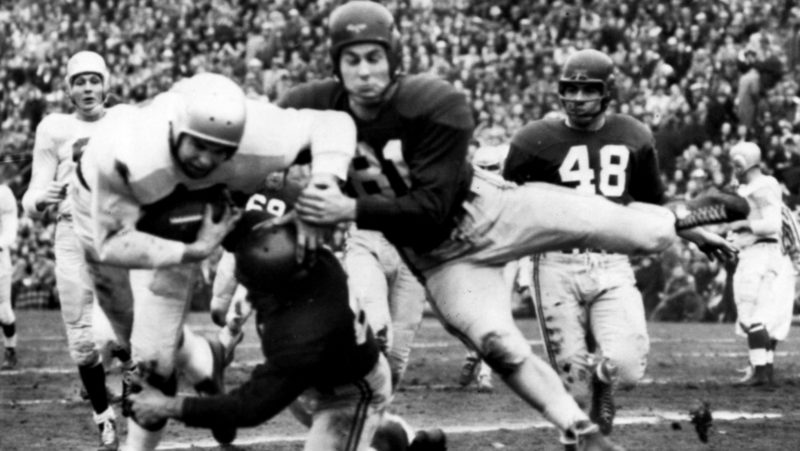 Normie Kwong was a force in the CFL for 12 years, retiring with over 30 CFL records in 1960 (Photo: The Associated Press)

Systemic obstacles can break people and change the course of their lives. They can leave them jaded or feeling like they don’t have a place in the world they live in. That’s the point. They’re meant to. Miraculously, Kwong wasn’t deterred by the racism that surrounded him through the formative years of his life. He first won over Canadian sports fans as one of the greatest players the CFL has ever known, then won over his home province and country as a businessman, a sports executive and finally, the lieutenant governor of Alberta, commanding respect within Canada’s borders and abroad.

His football story alone is a remarkable one, but his life story is so much bigger, so much more important.

“It was difficult being different. I was picked on at school and there were many confrontations,” Kwong told the Herald.

“It wasn’t always bad. I did have a pretty good childhood, but sometimes things were tough.”

Kwong grew up in a Canada that denied Chinese-Canadians citizenship and didn’t let them vote until 1947.

He found football at Western Canada High School and played for the junior North Hill Blizzards. The short, stout and strong fullback joined the Calgary Stampeders in 1948. As an 18-year-old rookie, he became the youngest player to win a Grey Cup, something that former Prime Minister Steven Harper marvelled at during Kwong’s memorial service.

A contract dispute saw Kwong traded from Calgary to Edmonton, just in time for him to join a dynasty in the province’s capital, where he played a part in the 1954-1956 Grey Cup-winning squads.

When he retired from the game in 1960, he left as the holder of 30 CFL records and had twice been named the CFL’s outstanding Canadian player. He was named Canada’s athlete of the year in 1955, getting the nod over his teammate and legendary Edmonton quarterback Jackie Parker and NHL stars like Gordie Howe and Rocket Richard.

When he stepped away from the game that he’d dominated, Kwong’s story had truly just begun. He went into commercial real estate and worked as a stockbroker. He stayed involved in the Calgary community, serving as honorary chairman of the Easter Seal Campaign and as the national chair of the Canadian Consultative Council on Multiculturalism from 1979-1980.

In 1980, he was a part of the ownership group that brought the Flames to Calgary, a role he held until 1994, being a part of the Flames’ only Stanley Cup win along the way in 1989. Football called to him again and in 1988 he became the Stampeders’ president and general manager. Before leaving the role in 1992, he’d helped steer the franchise he once suited up for through financial hardship and got them back on a winning path on the field. 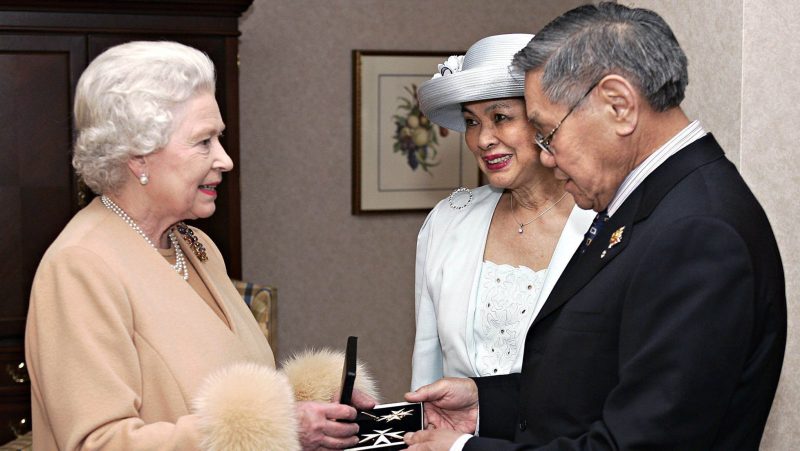 Serving as the lieutenant governor of Alberta, Kwong was presented the Knight of the Order of Saint John by Queen Elizabeth II in 2005. His wife Mary, in white, looked on (Photo: The Canadian Press)

In 2005, he was named Alberta’s lieutenant governor and the first lieutenant governor of Asian descent. It marked an incredible journey for that child at the bottom of the Centre Street Hill park that was surrounded by invisible societal confinements.

“Racism was much more prevalent at the time,” Kwong’s son Randy said at Norma’s public memorial on Sept. 13, 2016.

“He told me it fueled him. He was not advocating violence, but he taught me to rise above that.

“I don’t think he realizes the impact he made across Canada.”

“That always struck me when I found out,” Kwong told the Herald of being the first lieutenant governor of Asian descent.

“And all of a sudden, I’m in this position. It’s kind of ironic. I just wish my mother and father were around to see it.”

They weren’t, but people across Canada did see it and it had an impact.

This year, Ibrahim ‘Obby’ Khan became the first Muslim to be elected an MLA in Manitoba. The former offensive lineman is remembered for his time with the Winnipeg Blue Bombers, but also spent the final season of his career as a member of the Stampeders. Kwong’s legacy is obvious to him, as he happens to follow a similar path from football to the business world and into the political realm.

“If you ask me, he is probably the ultimate pioneer in terms of paving the way for diversity in the CFL,” Khan said.

“Even to be (mentioned) in the same sentence as him is an honour for me.”

When Randy Kwong spoke at his father’s memorial on Sept. 13, 2016, he referred to Norman’s personality as “truly a force of nature.”

“It was a gentle breeze that was not seen but felt,” he said.

“It is not hard to see why he was the most popular guy in the room.”