Steinberg’s MMQB: One question for every East team 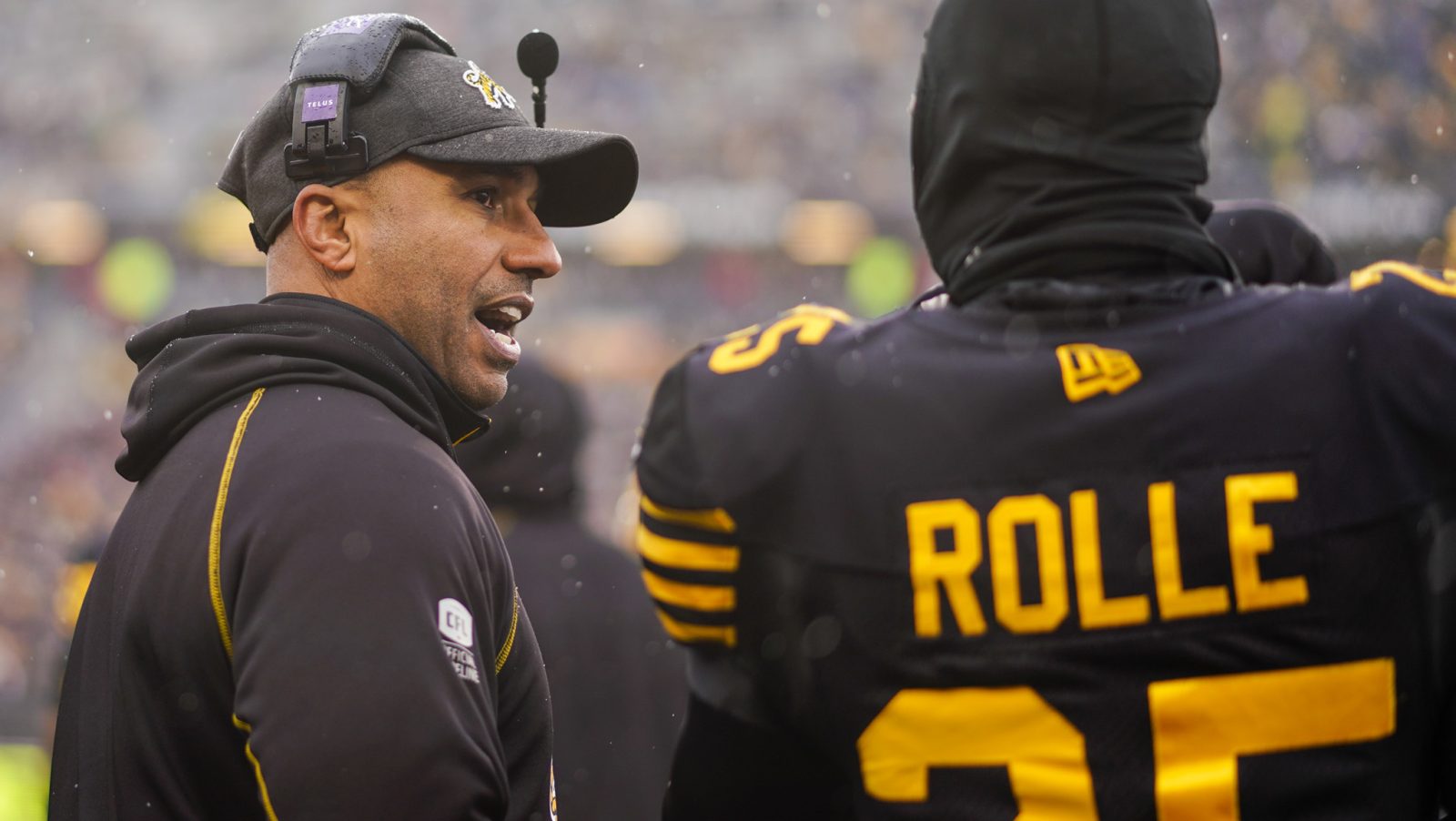 Steinberg’s MMQB: One question for every East team

We’re also just over two weeks from the start of the regular season. Yep, I think it’s officially time to begin previewing the coming season, starting with one question for all four East Division teams.

RELATED
» Everything you need to know ahead of Training Camp
» Ferguson: A training camp wish for every team
»Nye: A name to follow in each team’s camp

Hamilton Tiger-Cats: Is the third time a charm?

In any professional sport, there’s always a danger of overreacting when a team seemingly can’t “win the big one.” Fortunately, the Tiger-Cats haven’t got caught up in that narrative, despite falling just short of their ultimate goal the last two seasons. In reality, though, Hamilton has been a benchmark of consistency since Orlondo Steinauer took over as head coach in 2019. That’s why the only logical course was to run things back for 2022, which is essentially what the Ticats have done.

Steinauer returns for a third season as head coach and has also added president of football operations to his resume. Yes, a few mainstay members of this team have departed, including former Most Outstanding Player Brandon Banks, fellow receiver Jaelon Acklin, quarterback Jeremiah Masoli, and pass rushing force Ja’Gared Davis. But with Steinauer at the helm, and the vast majority of the core intact, Hamilton still looks as formidable as ever.

Without Masoli, Dane Evans looks ready for his chance to be THE guy at quarterback. He’ll have an impressive array of receivers to target, with Bralon Addison, Tim White, and Steven Dunbar all returning. An elite defensive backfield returns all its parts, too, led by Desmond Lawrence, Cariel Brooks, and Jumal Rolle. And, even with Davis’s departure, the Tiger-Cats can still turn to the perennially elite Dylan Wynn, Ted Laurent, and Julian Howsare up front. All this is to say: no one should be surprised if Hamilton returns to the Grey Cup for a third straight year.

Montreal Alouettes: Is this the CFL’s most explosive offence?

For a second straight year, I’m excited to see just how dynamic, dangerous, and explosive the Alouettes can be on offence. In terms of straight up talent, Montreal is as stacked as they come. It all starts with quarterback Vernon Adams Jr. in his third season on top of the depth chart. 2021 had its ups and downs, which is motivation enough for Adams. The fact Montreal opted to re-sign Trevor Harris has self-admittedly given Adams even a little more fire.

Eugene Lewis might be the CFL’s most complete receiver after finishing last season with a breakout 964 yards and nine touchdowns. Busting out right beside him was Jake Wieneke, thanks to 898 yards and a league-leading 11 touchdowns. And don’t forget about Quan Bray, either, who isn’t that far removed from 818 yards and six touchdowns in 2019.

But the guy who glues it all together is William Stanback. For a second straight year, it would be a surprise if anyone other than Stanback leads the league in rushing yards. He did that by a country mile in 2021; in only 13 games, Stanback finished the season with 1,176 yards on the ground, more than 300 ahead of his closest competition. Stanback is the CFL’s best tailback and he’ll be a massive focal point of what could be the league’s most explosive offence.

McLeod Bethel-Thompson has had success at different times since arriving on the CFL scene with Toronto in 2017. He helped the Argos earn the East Division’s top seed in 2021 and led the league with 26 passing touchdowns in 2019, for instance. But whether it’s been James Franklin or Nick Arbuckle with him in the backfield, Bethel-Thompson has never truly been Toronto’s unquestioned number one quarterback. Until this season.

The Argonauts traded Arbuckle to Edmonton late last year. They didn’t bring in names like Masoli or Trevor Harris in free agency. Instead, general manager Pinball Clemons and head coach Ryan Dinwiddie are banking on Bethel-Thompson to guide the ship in 2022. I’m rooting for the guy, because he’s got a great journeyman story and he’s exciting to watch. In 13 starts in 2019, Bethel-Thompson threw for 4,024 yards, 26 touchdowns, and just 13 interceptions. That’s the form Toronto is banking on this year.

The Argos have some promising playmakers surrounding their quarterback. A motivated Brandon Banks joins a talented receiving group that also includes Eric Rogers, DaVaris Daniels, and Kurleigh Gittens Jr. Toronto has also added five-time All-Star tailback Andrew Harris, who will be out to prove people wrong after he and Winnipeg parted ways. It’s a great supporting cast for Bethel-Thompson as he gets ready for his first full season as a starter.

Ottawa REDBLACKS: How long will it take?

We know a new era is underway in Ottawa. We’ve known that since late last season when the REDBLACKS cut ties with Marcel Desjardins, the only general manager the team had ever known. After hiring Shawn Burke as Desjardins’ replacement in December, Ottawa got started on a deliberate and aggressive reshaping. The big question is, though, how quickly will all that change bear fruit?

Much of that is dependent on quarterback Jeremiah Masoli. The biggest name in 2022 free agency reunites with Burke from their time in Hamilton. The REDBLACKS hope he’ll stabilize the most important position in the sport. Ottawa hasn’t had any consistency at quarterback since Trevor Harris left after the 2018 season. With no disrespect to those who have tried to do the job recently, Masoli clearly represents the team’s best chance at stability in four years.

But Masoli isn’t the only big name joining the REDBLACKS. Running back William Powell returns to his first CFL team. Receivers Jaelon Acklin and BJ Cunningham signed in free agency. Ottawa added Ucambre Williams, Darius Ciraco, and Hunter Steward to help bolster an offensive line that struggled in 2021. On defence Ottawa is looking at too many new faces to count, including Trumaine Washington and Patrick Levels. Burke and the REDBLACKS have been aggressive, but things don’t always instantly click with so much turnover. We’ll see how long it takes in 2022.