Landry’s 5 takeaways from the first week of TC 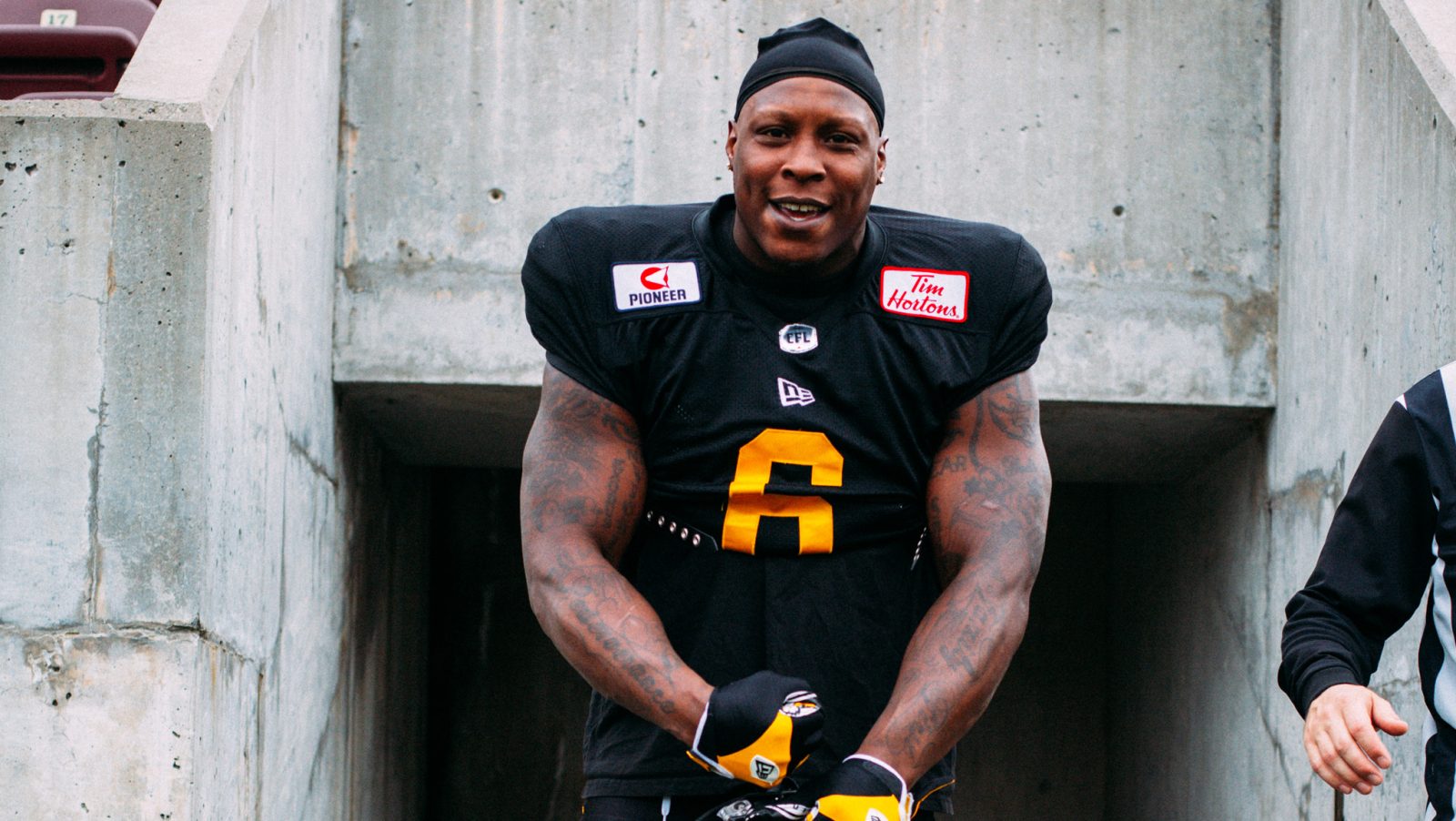 Landry’s 5 takeaways from the first week of TC

Hello, Mike Benson. You’ve offered proof that long snappers really are the brains of the operation. When asked the ultra serious football question “is a hot dog a sandwich?”, all the other Blue Bombers answered “yes” or “no.” But you? You answered “bears, beets, Battlestar Galactica.”

RELATED
» Ferguson: A training camp wish for every team
» Nye: A name to follow in each team’s camp
» Everything you need to know ahead of training camp

Which is, of course, the correct answer. For everything. Michael!!

WE KNOW, WE KNOW. WE’RE WORKING ON IT

I don’t know if it was officially listed as ‘Job One’ by the Saskatchewan Roughriders, necessarily, but it was right up there as training camp began.

The stretch passing game was plainly an Achilles’ heel for the Riders in 2021, as the team struggled to come up with splash plays, ranking second-last in receptions of 30 yards or more (12) and last in completion percentage on passes of 20 yards or more (19.7 per cent).

The Riders’ offence has been airing it out during camp and that is because the team is keenly aware of the need to improve that area of attack. Winnipeg led the CFL last year, completing 48.6 per cent of its 20+ balls, so you can use that as a measuring stick.

“You can tell we’ve been focusing on the deep ball stuff,” said quarterback Cody Fajardo. “I think the chemistry is really getting a lot better.”

It’s gonna need to be.

TRAINING CAMP WILL BREAK YOUR HEART

Appreciate everyone that has reached out or kept me in their prayers. This Achilles injury won’t stop me, I’ll be back stronger 🤞🏿

It seems to happen every year, somewhere.

Somewhere, somebody suffers a cruel fate that breaks your heart a little bit, sometimes a lot, and Ottawa defensive end Kwaku Boateng is that somebody somewhere this year.

The veteran Canadian pass rusher was looking forward to a re-birth in a new beginning with the REDBLACKS after a down year with the Edmonton Elks in 2021. With a fresh start, a reunion with Defensive Coordinator Mike Benevides, and a full training camp to change the chemistry, there were high hopes for a return to form. It was gonna be good.

Then, wham. A ruptured Achilles. On, apparently, a nothing manoeuvre, with no contact involved.

“When it’s something so minuscule that seems to be something that shouldn’t happen,” REDBLACKS’ general manager Shawn Burke told Tim Baines of the Ottawa Sun, “it makes it tougher and more emotional.”

Yup, it sucks. But in the ever-grinding world of pro football, there’s only so much time for commiseration and now the question is: With Boateng out, who rises to the occasion?

Lineman Micah Johnson will turn 34 years old next month, but his new surroundings in Hamilton might have him feeling younger than that. As the stalwart defensive tackle enters his ninth CFL season – first with the Ticats – he is being thoroughly challenged in having to learn a new way of doing things, scheme-wise.

“It’s definitely a different system,” said Johnson. “Way different from Calgary and way different from Sask. For me, it’s making it fun. It’s actually made camp more engaging because I’m actually having to really learn and really study.”

Imagine the middle of the Ticats’ defensive line with Dylan Wynn and Ted Laurent already blocking out the sun for running backs trying to challenge the middle, but now with an energized Johnson rotating in as well.

How energized? Dude is talking about having pass coverage added to his responsibilities.

“I told coach ‘have the inside guys dropping. I’ve been tellin’ ‘em. I can drop! I’ll catch it!’”

Do it, Mark Washington. Doooo it.

HE IS DEADLY SERIOUS, YA FEEL?

Dave Dickenson is not in a bad mood, per se.

But he ain’t in a mood to fool around, neither.

The head coach of the Calgary Stampeders made that abundantly clear after a training camp practice at McMahon Stadium this week, when asked what his plans were heading into the first pre-season game against the BC Lions, scheduled for Saturday.

“I’m planning on playing everybody,” said Dickenson, who then offered plain and simple words of caution to his players.

“But if I feel like a guy hasn’t gotten into their playbook, he’s making the same mistake over and over, then he don’t get to play anymore. You have to show me that you’ve learned and that you’re gonna do it our way.”

I wonder if there’s anyone specific that Dickenson’s message might be for. Probably is, but he wasn’t naming names.

You know who you are, though. The boss wants to see a buy-in. Otherwise… you know.

OKAY, YOU SEE HIM. GOOD. WHAT ABOUT THE OTHER GUY?

The BC Lions already have one of the hardest hitters in the game in Bo Lokombo or, as I like to call him, the Bo-listic Missile. It was tough enough for opposing running backs and receivers to avoid Bo’s insistent wrecking ball ways last season.

Now the Lions need to build a second launch silo with this week’s return of Micah Awe, another linebacker who just loves to flat out blow up ball carriers with scorching closing speed dosed with extreme prejudice. So now the opposition has a second, simultaneous, nightmare to deal with.

Question: If you ran these two directly at each other, at full velocity, what would happen? Would all life as we know it stop instantaneously and every molecule in our bodies explode at the speed of light? Total protonic reversal?

Important safety tip: Don’t do that.

BONUS TAKEAWAY: If Gozer ever shows up, we should totally run Bo Lokombo and Micah Awe at each other at full velocity.

AND FINALLY… A tug o’ war competition between the defence and offence, Hamilton Ticats? Huzzah!

I love me some ol’ timey athletic flexing. Over to you, Ottawa REDBLACKS. If I don’t see a birling competition next week, that’s an opportunity lost. I mean, the canal’s right there.