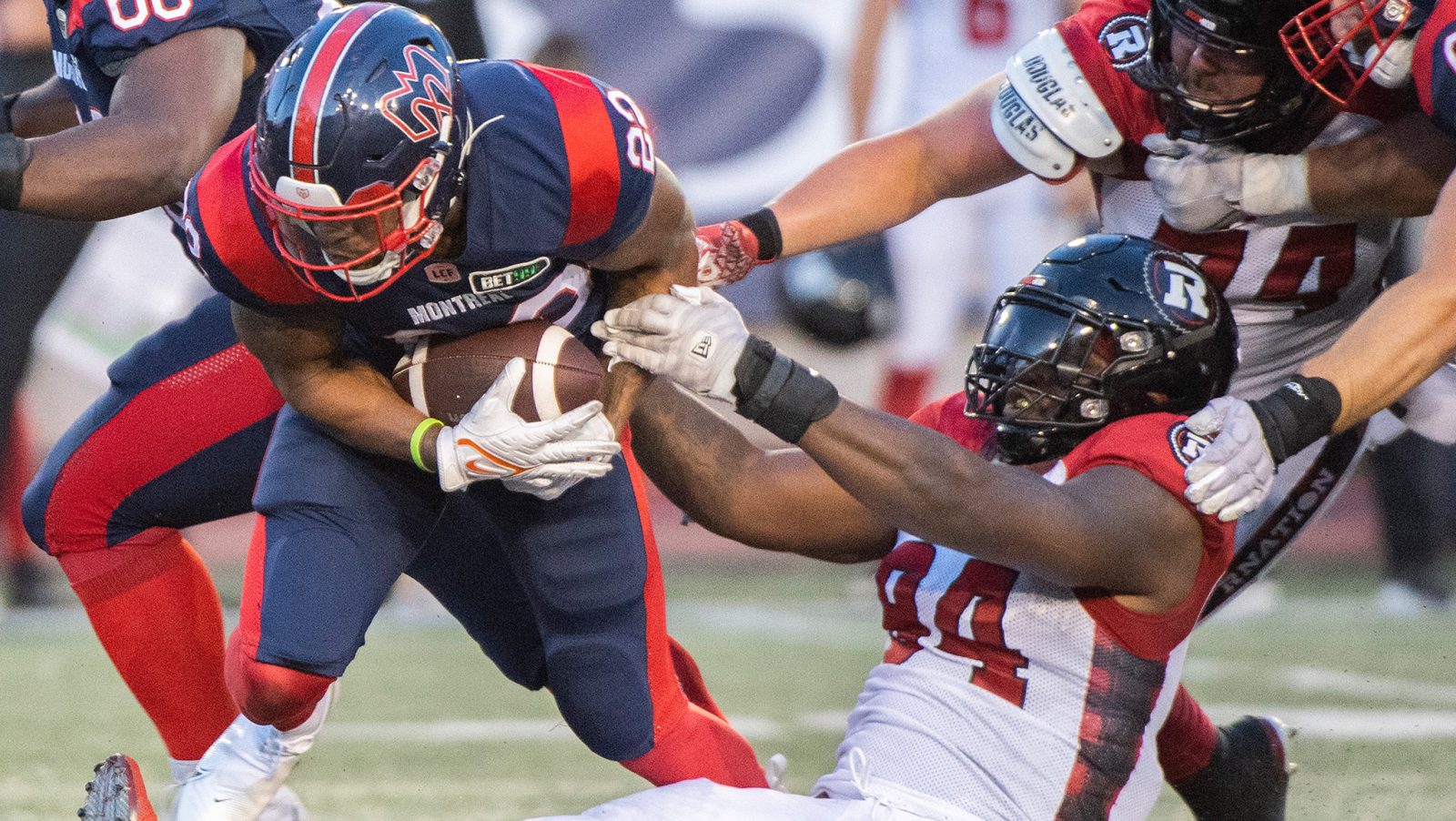 MONTREAL — The Montreal Alouettes topped the Ottawa REDBLACKS 27-26 in a pre-season battle that came down to the final seconds of the game.

The Als were down 26-20 entering the final minute of the fourth quarter during Friday night’s matchup. The Alouettes used four quarterbacks on the night, but it was Davis Alexander who engineered the game winning drive, which was highlighted by a 53-yard completion to put Montreal in scoring position.

“We want every game to matter and no matter who’s in there we want to fight to then end,” Alouettes head coach Khari Jones told TSN after the game. “That’s what I’ve seen in these first two pre-season games, is that we have a lot of fight on this team.”

Despite throwing a total of four interceptions, Montreal was able to utilize their own defensive prowess to create three takeaways of their own and create disruption in the REDBLACKS’ backfield, sacking the opposing quarterbacks five times in the game.

A pivotal one came from Brock Gowanlock late in the fourth quarter, which forced Ottawa to punt the ball back to the Als, setting up the game winning drive.

Aside from showing resiliency on the field, Montreal had to battle through adversity in the week leading up to the game. The team had to cancel a practice in the lead up to Friday night’s matchup when a number of players caught the flu.

“We have a lot of really good players here and we have a lot of tough decisions to make,” said Jones of his teams’ play, “but I love the way these guys just battled to the end.”

As the 2022 CFL pre-season comes to a close, the Alouettes will certainly have some difficult roster decision to make before entering the first week of the regular season.

The Alouettes will take on the Calgary Stampeders on Thursday to open the regular season, with kickoff set for 9:00 p.m. ET at McMahon Stadium.