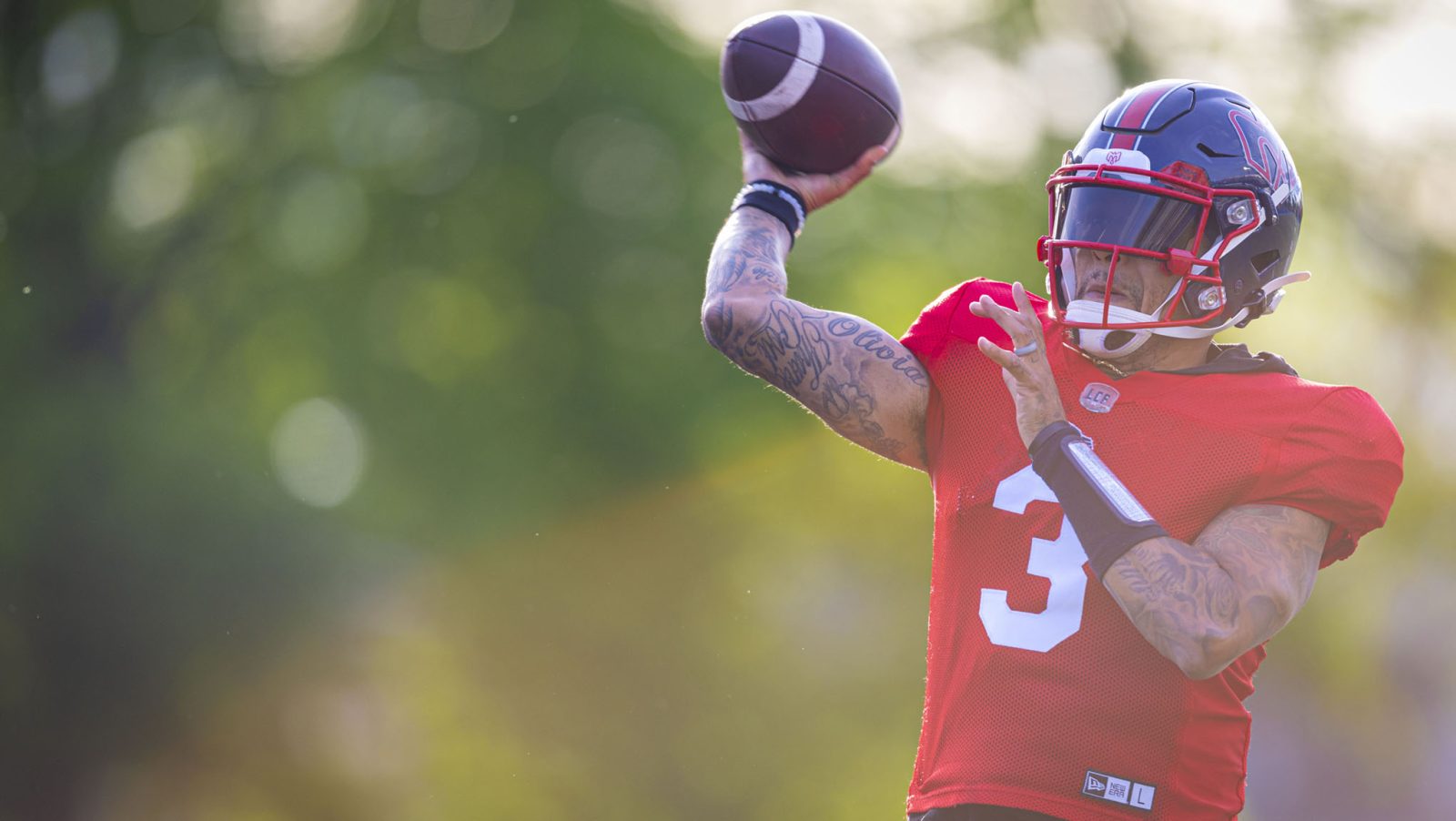 A return to normalcy — along with several rule changes — should bring more offence to the CFL after last season’s abbreviated schedule resulted in a reduction in scoring as teams averaged a combined 43.1 points per game.

The 2021 campaign also lacked a single team that averaged more than 300 passing yards per game nor an offence that produced at least 400 total yards per game from scrimmage.

An increase in offence bodes well for CFL Fantasy football users and while the likes of elite performers like Edmonton’s Kenny Lawler ($9,802) Montreal’s William Stanback ($8,236) and BC’s Lucky Whitehead ($9,190), are known commodities, winds of change are beginning to permeate the landscape. The 2022 season is ripe for new fantasy standouts to emerge in place of those who have been familiar fantasy mavens over the past few years.

As we break down the top pivots, running backs and receivers, prepare to feel the gusts of wind. Consider it a welcomed icy chill as the weather warms up.

A healthy Vernon Adams Jr. stands atop this list. He led the league in TD pass percentage (5.9 per cent) and average yards per depth of pass (13.9). Another season of all-stars Jake Wieneke and Eugene Lewis should translate into 4,5000 passing yards, 600 rushing yards and 30-35 combined majors.

The elements are in place for Cody Fajardo — who enters a contract year — to have a career year. A full campaign of Duke Williams and an improved offensive line are the foundation for potentially huge numbers. Oh, yeah: He also has Shaq Evans, Kyran Moore and promising youngster Kian Schaffer-Baker at his disposal. 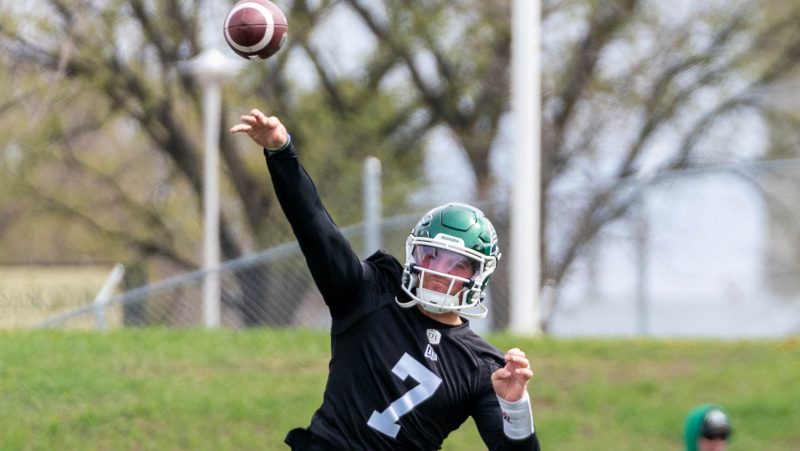 Cody Fajardo has a deep pool of talented receivers to dip into this season, which should bode well for fantasy players (Photo: The Canadian Press)

After taking the long green of the REDBLACKS, Jeremiah Masoli no longer has to look over his shoulder, and if he and a host of veteran newcomers can gel immediately, Masoli could approach his all-star numbers from 2019. Like Masoli, Dane Evans no longer has to worry about a short hook, but he does have to do so without longtime Ticats playmaker and former MOP Brandon Banks. Still, Air Hamilton should find the skies friendly most weeks.

McLeod Bethel-Thompson was interception-prone last season and will look to throw the ball downfield more often. He continues to be streaky, so fantasy users beware.

Zach Collaros’ dominant 2021 season in the air will be tempered with the loss of Kenny Lawler and Darvin Adams and even with the departure of Andrew Harris, the Blue Bombers will remain conservative, so don’t look for huge passing numbers out of Winnipeg.

Nathan Rourke has the upside to become a top-three pivot by season’s end. The second-year pro has a nose for the end zone (23 per cent of his drives resulted in majors), and any QB that has Bryan Burnham and Lucky Whitehead will score points.

Did 2021 signal the beginning of the end for Bo Levi Mitchell, who had the worst numbers of his career? Don’t bet against it, especially since he appears to be fully healthy for the first time in years.

Nick Arbuckle is set to finally get his chance to shine. There will be downs, but the Elks (and fantasy users) will enjoy the ups.

Of the backups, Trevor Harris has the best chance to be fantasy dominant if given the chance to start. 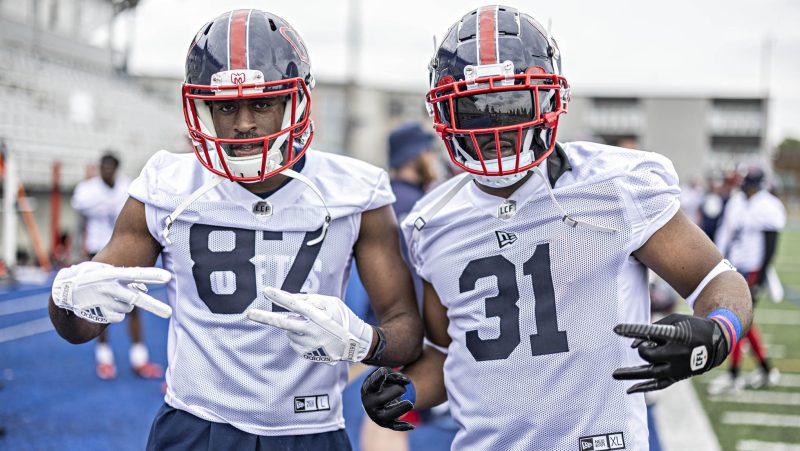 William Stanback is the clear-cut choice as fantasy’s best back as he enters 2022 with a chance to rack up 1,000 yards for a third straight season. He could be very, very scary if the Alouettes involve him more in the passing game.

A pivotal factor in Calgary’s late-season push into the playoffs, Ka’Deem Carey rushed for at least 78 yards in five of the Stamps’ final seven regular-season games and is a solid bet to cross the 1,000-yard mark for the first time in his CFL career.

James Wilder Jr. looked a lot like his 2017 self, yet his value could go higher if he’s able to find the end zone more often. You know the Elks will make him a factor in the passing game, where he’s shown he can rack up fantasy points on receiving alone.

A strong finish (198 yards on 29 carries in his last two games) could be the harbinger for bigger things for James Butler, who, like Wilder, can be effective in the passing game.

The Ticats’ chase for a third straight Grey Cup appearance will hinge on how healthy Don Jackson can be. Sean Thomas-Erlington will be a factor in the backfield yet Jackson is the back who can move the chains when the weather turns nasty and a season is at stake.

Does future Hall of Famer Andrew Harris have one more season of quality running left in him in his new locale? Will the Argos limit his workload and give a youngster like A.J. Ouellette more opportunities? We shall see.

Jamal Morrow has a great chance to finish higher than where he starts the season ranked. The Roughriders have every reason to be excited about giving the elusive back who can also offer fantasy points in the passing game.

William Powell has returned to the REDBLACKS, yet questions about the mileage he’s compiled and the quality of Ottawa’s o-line give every reason as to why he’s ranked here.

Brady Oliveira should be ranked a little higher, but this could be the year he and Johnny Augustine become a running back by committee, which would dent the production of both.

There is curiosity with Dan Adeboboye, who could leapfrog Ouellette and become the back of choice, if the Argos give Harris a breather. Walter Fletcher shone as a late season fill-in for Wilder and could be equally effective if the Elks need him to take a bigger role in the event of a Wilder injury.

The well-traveled Shaq Cooper is the Riders’ Plan B if Morrow can’t handle the lead job. De’Lance Turner has intriguing skills, but will be relegated to spot touches so long as Stanback is on the field. 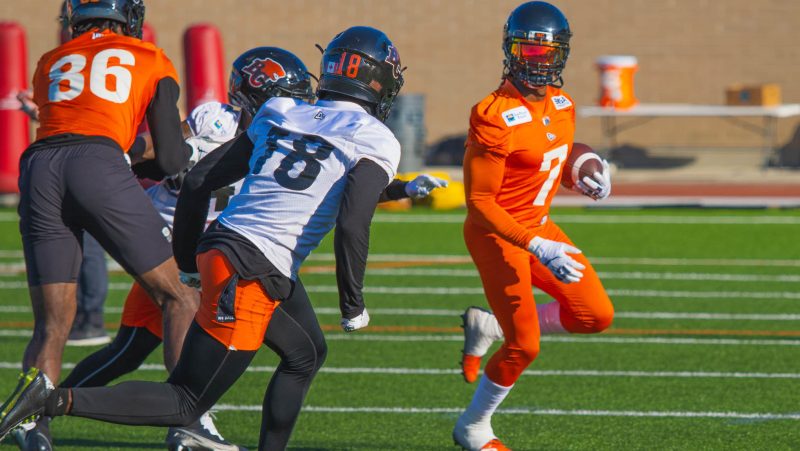 Lucky Whitehead established himself as an elite talent in his first year with the Lions. He’ll look to build on that this season (Photo: BCLions.com)

Choosing the top receiver is tough, as each of the top three could lay claim to No. 1. In the end, the choice of Eugene Lewis was simple: he has the best rapport with his pivot than either Whitehead (limited but good experience with Nathan Rourke) or Lawler, who will have to adjust to a new quarterback in Edmonton.

Reggie Begelton could have easily been atop the rankings, yet the concern of whether Mitchell is in decline tempered his bid. Still, Begelton will be an every week play; fantasy users could thrive with a Mitchell-Begelton combo so long as Mitchell’s salary remains low.

No one should be shocked if Duke Williams ends the season as the league’s top fantasy receiver. He averaged 16.8 yards on his 17 receptions and had a 76-1,282-7 pace had he had the chance to play 18 games. Williams could see his average go up if he and Fajardo develop a deep ball relationship that would terrify the league.

You could take a deep sleep before Week 1 and wake up at the end of the regular-season knowing Burnham will produce All-CFL numbers and a Sports Centre Top-10 catch a few times.

Bralon Addison, finally healthy, could really emerge as a top-five fantasy receiver now that Brandon Banks is gone. He and Dane Evans paired up very well in 2019.

Wieneke has to prove last year’s 11-major campaign was no fluke. One of the league’s most efficient scorers, look for Wieneke to flirt with double-digit scores again. You have to like Rasheed Bailey now that he’s Winnipeg’s featured deep threat, with Lawler and Darvin Adams having left Champ City. Eric Rogers, Greg Ellingson and Derel Walker are each due for bounceback seasons after injuries mauled all three in 2021.

The aforementioned Adams and Ellingson could be upstaged in Ottawa by the sure-handed Jaelon Acklin, who should get more targets than he did in Hamilton. Kyran Moore and Shaq Evans will not only have to share the receiving pie with Williams, but Saskatchewan’s young wideout Kian Schaffer-Baker only tapped into his immense potential last season. There’s room for a major breakout from not only Schaffer-Baker, but also Hergy Mayala, who arrives in Montreal after a disappointing 2021 that saw him average just 9.8 yards per catch and no majors.

Keep an eye on Luther Hakunavanhu, who opened eyes with his big-play potential during a brief stint with the Stamps last year. Jalen Philpot is in position to become a fantasy factor as a rookie. Jovon Cottoy and Johnson are also low-end plays who could bring back great value for fantasy users. 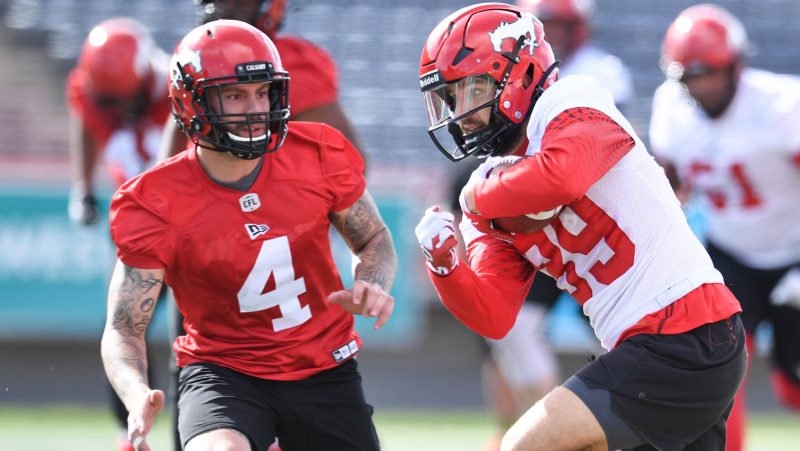 Cameron Judge could be a big addition to a Stamps’ defence that’s traditionally been a very tough one (Photo: Stampeders.com)

The Bombers took some hits, yet were able to bring back the bulk of their two-time Grey Cup title-winning defence, including the fearsome duo of lineman Willie Jefferson and Jackson Jeffcoat. Expect this D to continue being the most difficult to contend with.

Hamilton may have the league’s best secondary with veterans Tunde Adeleke, Cariel Brooks, Ciante Evans, and Jumal Rolle. They also brought Richard Leonard back home after he spent this past season with Calgary. The secondary was a big reason why the Ticats allowed a league-low nine completions of more than 30 yards.

A still-stout Stampers defence gets a huge boost with national LB Cameron Judge heading out west via a trade with the Argos. Saskatchewan finished second in the league with 47 sacks last year but the loss of team leader Ed Gainey will be tough to rebound from. However, Nick Marshall remains in the secondary and will be asked to guide a host of talented yet inexperienced DBs like 2021 draft pick Nelson Lokombo.

The Alouettes were gutted big time in the off-season, especially in the secondary. Plenty of new faces will have opportunities to make a name for themselves with second-year coordinator Barron Miles looking to guide the youth movement, which will be helped along by holdovers Almondo Sewell, Nick Usher, Michael Wakefield and newcomer Avery Ellis.

BC should be much better this season with star defensive back Delvin Breaux Sr. returning to action and LBs Bo Lokombo, Jordan Williams and Loucheiz Purifoy bolstering a unit that will seek an improved pass rush.

The REDBLACKS added LB Patrick Levels as part of a massive roster overhaul, but will be without one of their key free agent signings in pass rush specialist Kwaku Boateng, who tore his Achilles in training camp.