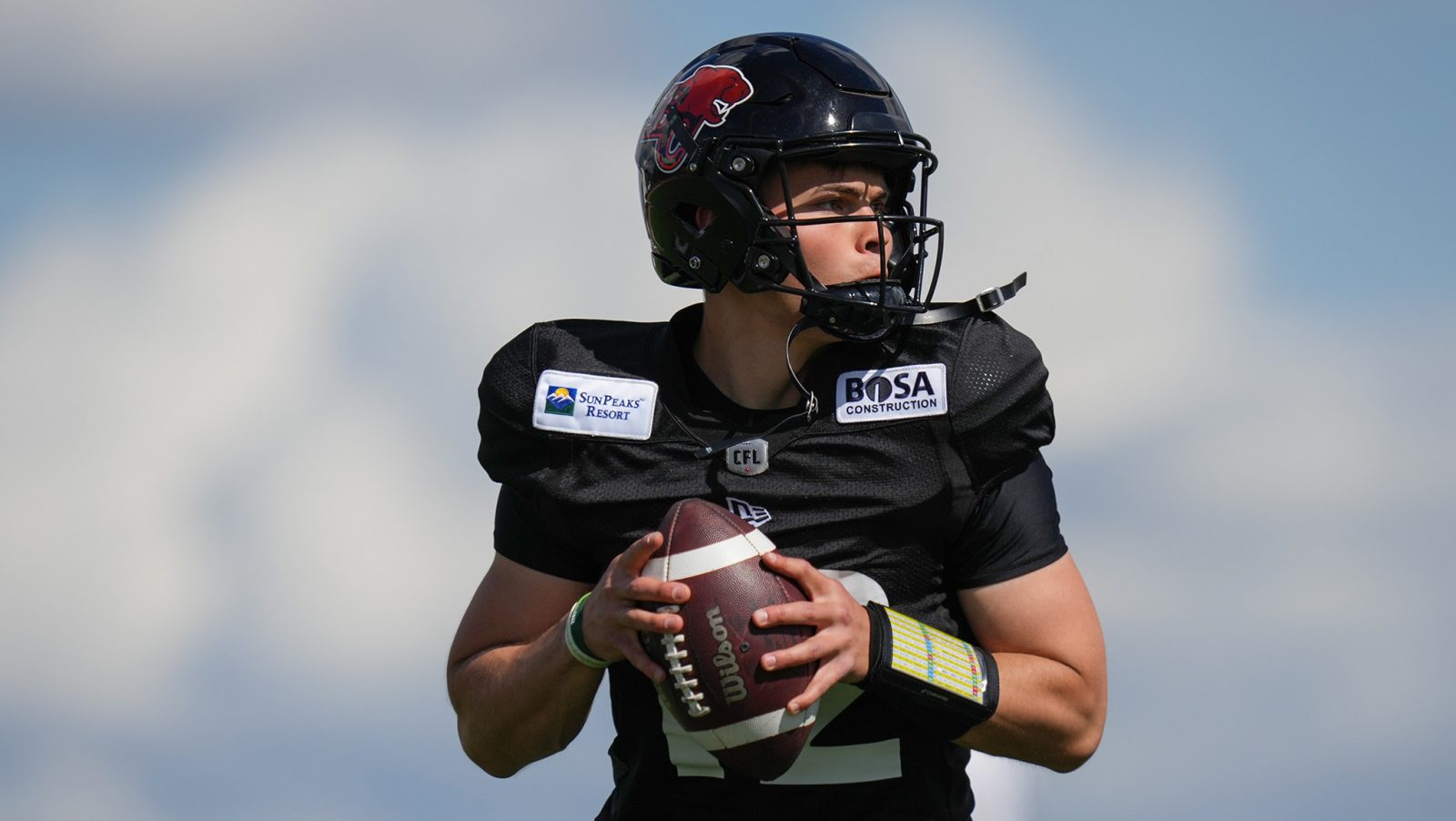 TORONTO – CFL action returns on Friday night as the second week of pre-season football is set to kick off with four games scheduled.

After an exciting first week of pre-season action and the debut of some new faces in new places, there are still an abundance of exciting storylines to keep your eyes on for Friday night.

Starting in La Belle Province, the Ottawa REDBLACKS will be squaring off against the Montreal Alouettes which is set to get underway at 7:00 p.m. ET.

Last week the REDBLACKS showed their big off-season acquisitions in Jeremiah Masoli and Jaelon Acklin, which culminated with Masoli finding Acklin in the end zone for a beautiful toe-tap touchdown. Both Acklin and Masoli will be given a much-deserved rest this week.

According to the REDBLACKS depth chart, this means Caleb Evans will be getting the start under centre against the Als. Evans took most of the share of drop-backs in the first week of pre-season connecting for 116 yards on nine of his 17 passing attempts.

Up front blocking for Evans, the REDBLACKS will be starting their first and second round picks from the 2022 CFL Draft in Zack Pelehos and Cyrille Hogan-Saindon. Both Pelehos and Hogan-Saindon saw action in Ottawa’s pre-season game against the Toronto Argonauts.

Speaking of the 2022 CFL Draft class, Alouettes fans will be treated to the season debut of two of their new receivers. According to montrealalouettes.com, first-round pick Tyson Philpot and third-round pick Vincent Forbes-Mombleau will each be making their Alouettes debut on Friday night against Ottawa.

In the second game of Friday Night Football  action one of the most intense rivalries in the East will be picking up where it left off, as the Hamilton Tiger-Cats travel to Alumni Stadium in Guelph to take on the Argonauts. We all remember how the 2021 Eastern Final played out and the Argos surely still have a bitter taste in their mouths.

Although we’re still in pre-season mode, this one already has the feeling of a regular season game. Both the Argos and the Ticats will be rolling with their starting offensive and defensive units, providing fans with more than enough excitement, including a brand-new wide receiver in Toronto.

Brandon Banks will be suiting up for the first time this season, but he won’t be wearing black and gold. Instead, he’ll be on the opposite sideline catching passes in Double Blue for the team he once terrorized.

For the first time in a live game situation, Banks will be tasked with beating the likes of former teammates Ciante Evans and Tunde Adeleke downfield. While it has been a clean break-up between Banks and the Tabbies, Banks will surely be yearning to get the better of his old team on Friday night.

Accoridng to Ticats.ca, the Tabbies will get back an important piece to their offence with right tackle Chris Van Zeyl returning to the lineup for the matchup against the Boatmen after being sidelined for training camp with an undisclosed injury.

Speaking of intense rivalries, in the third pre-season game of the evening, the Calgary Stampeders will be on the road as they get set to face-off with the provincial rival Edmonton Elks at 9:00 p.m. ET.

The Stampeders will be starting with Jake Maier at quarterback after a solid outing in his first pre-season game. Maier will have the comfort of knowing that veteran wide receiver Richie Sindani will be a passing option for him Friday night, as Sindani gets set to make his pre-season debut.

The Calgary offensive backfield pairing of Peyton Logan and Dedrick Mills also put together an impressive showing in the first week of pre-season, combining for 83 rush-yards, with Mills punching a touchdown. Logan and Mills are listed as the number one and two backs on the depth chart and will likely split the workload again this week.

On the defensive side of the ball, Elks fans can get excited about the prospect of seeing off-season signee Ed Gainey suit up for the Green and Gold for the first time. Deon Lacey will also be making his debut on Friday night, returning to the Double E roster for the first time since 2016.

Offensively, this will be an opportunity for Elks fans to see star running back James Wilder Jr. for the first time this season, and once again the star-studded pairing of Derel Walker and Kenny Lawler will be called on to open the game for the Elks.

In the last game of the evening the BC Lions will play host to the Saskatchewan Roughriders to close out the 2022 CFL pre-season.

If you’re a CFL fan with a love-affair for quarterback play, then this is certainly going to be a game to be keeping a close eye on as both Saskatchewan and BC will be running their starting offences to open this game.

After spending the off-season retooling his mechanics, refocusing his mind and becoming a father, Riderville will get their first taste of Cody Fajardo this season. Throughout the off-season he has made his mission for 2022 clear; win the Grey Cup at home. Fortunately for Fajardo and the Green and White offence, one of the Riders most electric playmakers in Shaq Evans will also be making his season debut.

For Lions fans, it’s the first look at their new starting quarterback in Nathan Rourke in the new season. While it will be an adjustment for fans to no longer see No. 13 standing under centre for the Orange and Black, there is plenty to be excited about with their sophomore quarterback.

Rourke did see action as a rookie in 2021, compiling 52 completions on 82 attempts for 754 yards and three touchdowns. However, this year it appears as if the reigns have been handed to Rourke and fans will be able to catch a glimpse of what’s in store as he prepares to lead the Leos into 2022.

As the 2022 pre-season comes to a close, there are plenty of  storylines to watch out for on Friday night to help fans get all the more excited with the 2022 CFL regular season just on the horizon.