Fantasy Refresher: Diving in on the West 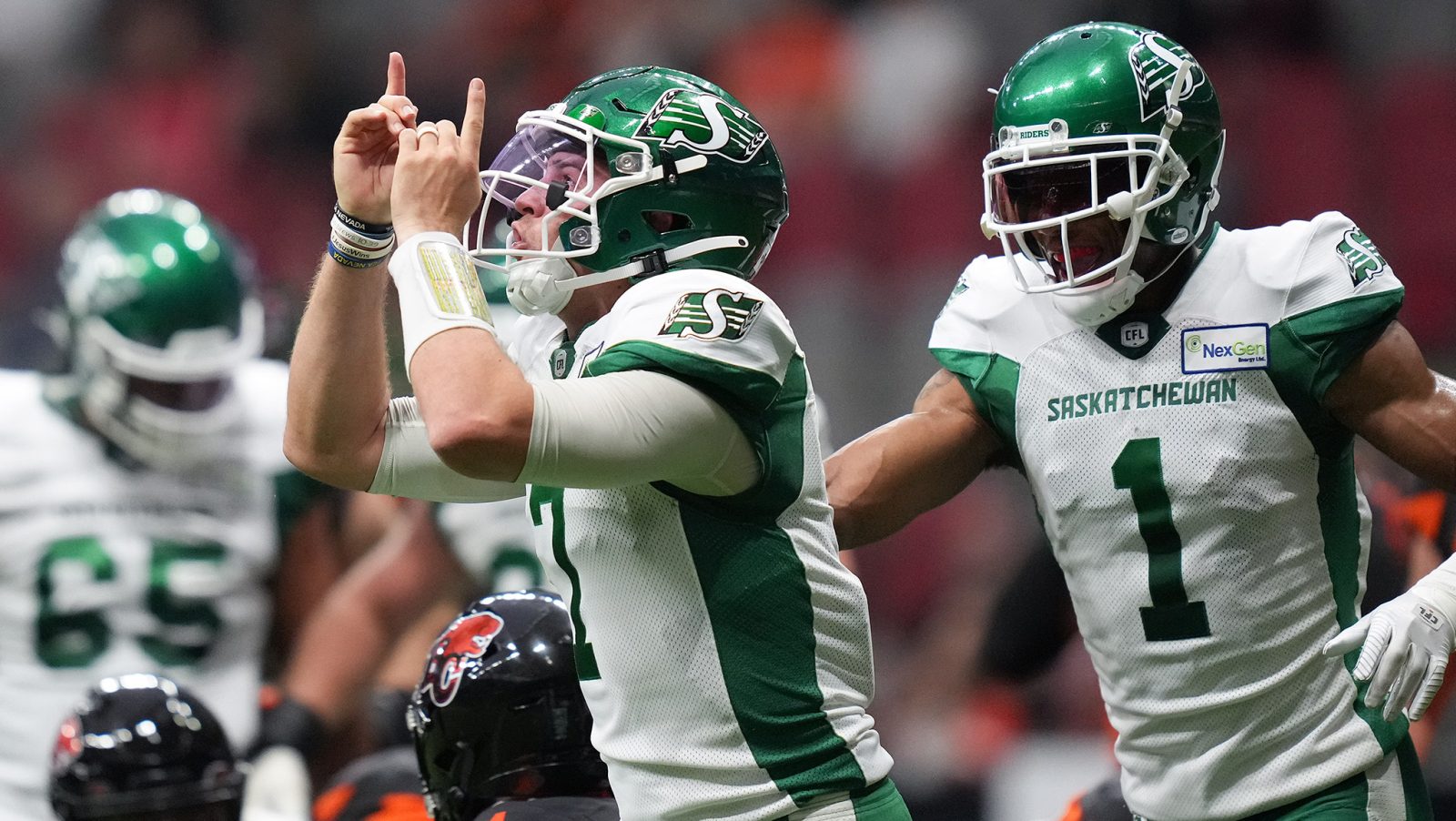 Fantasy Refresher: Diving in on the West

With the new season upon us, let’s take a look at each team from a fantasy standpoint. Here is a look at the West Division, as the chase to dethrone Winnipeg officially gets underway on Thursday.

Positional Battle: With most of the skill position starters set on offence, there wasn’t much drama, although boundary receiver Keon Hatcher provided some interest. Hatcher is a promising young talent who showed flashes of his upside in 2021.

Quarterback: Nathan Rourke will be a star in the CFL. Rourke’s final start of 2021 showed why the Lions chose him to be the heir apparent to the now-retired Michael Reilly. He’s a dual threat who will find his way to the end zone, either with his arm or legs. Michael O’Connor has the potential to shine if given the opportunity, while the addition of Antonio Pipkin gives the pivot corps a veteran who is a gem in short yardage situations. 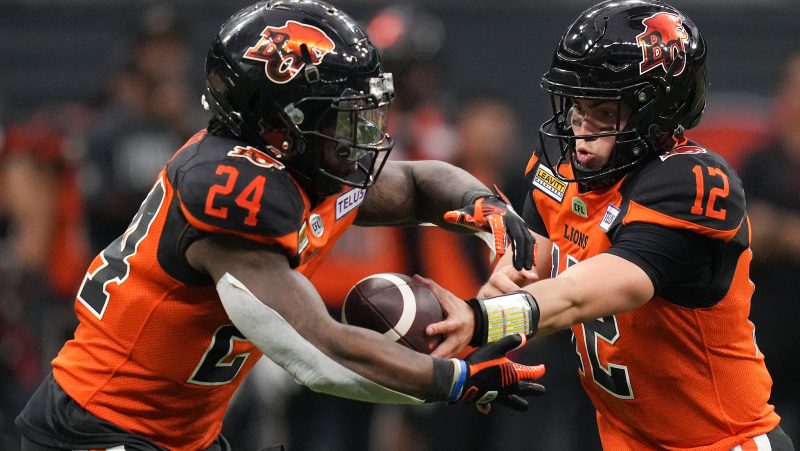 Running back: The Lions’ ground game (74.4 yards per game in 2021) has seemingly found its stride now that James Butler has taken hold of the starting job. Butler finished fifth in the league with 497 rushing yards and is also a sure-handed receiver that adds fantasy points via the passing game.

Receivers: Oh, how good this unit can be once Rourke and the receivers establish a rapport. Western Division all-star Bryan Burnham and CFL all-star Lucky Whitehead finished second and fourth, respectively, in receiving yards and are sure bets to each produce over 1,000 yards and 8-10 majors each. As good as they are, Jevon Cottoy could add to the big-play potential from the Lions’ receiving corps, while Dominique Rhymes and emerging sleeper Keon Hatcher will benefit from defences focusing too much on Burnham and Whitehead.

Defence: A defence that finished eighth in yards allowed last season received a complete overhaul as BC brought in defensive linemen Mathieu Betts, David Menard and Steven Richardson along with 2019 East Division all-star defensive back Delvin Breaux and Loucheiz Purifoy. These new faces will go a long way toward getting the Lions’ defensive unit off the field more frequently after allowing second down conversions at a rate of 46.7 percent last year.

Fantasy nugget: Rourke threw just nine passes of more than 20 yards in depth, yet completed six of those with two going for majors. It’s fun to imagine how potent he could be if given the opportunity to throw deep more often. 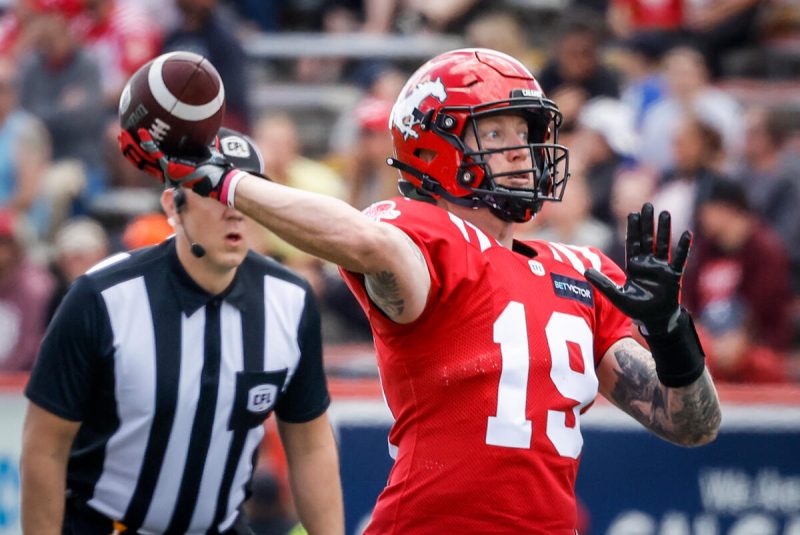 Bo Levi Mitchell threw for 2,594 yards in 11 games last season and will look to get back to the MOP-type numbers he’s traditionally put up in his career (The Canadian Press)

Quarterback: Bo Levi Mitchell led the league with 13 interceptions last season. It’s far too early to dismiss Mitchell, especially with the receiving corps he has. However if the interceptions carry into the regular-season, Stamps fans will likely be calling for Jake Maier, who completed 55 per cent of his deep passes in his three starts.

Running back: The Stamps don’t make the postseason in 2021 without the efforts of Ka’Deem Carey, whose late-season surge placed him second only to Montreal’s William Stanback with 869 rushing yards. Carey is a grinder who can move the chains and give Calgary a more conservative look when needed.

Receivers: Jorden returned for the first time since his near career-ending injury in 2018 and earned Western Division all-star honours with a 53-reception, 767-yard and four touchdown season. He washelped by the presence of Begelton, who had nine receptions 133 yards and a touchdown in the three late season games he appeared in. Having them for a full season will give Mitchell a better chance to prove his naysayers wrong. The aforementioned Hakunavanhu has the ability to take the top off defences. Sindani has always had the talent to shine and could see more action this season. Philpot, the fifth overall pick in this year’s draft, stayed home where he played collegiately and is set to make an impact, while Hunchak is a sure-handed reserve.

Defence: Most of last year’s starters return, but the addition of linebacker Cameron Judge could be the jolt this unit needs, especially in the turnover department, where the Stamps weren’t quite as impactful last season as they have been in previous seasons.

Fantasy nugget: Hakunavanhu averaged a staggering 25.1 yards per catch on his eight receptions. While it’s unlikely he can keep that pace, Hakunavanhu’s ability to cause havoc will make him a fantasy gem should he see an opportunity for more targets.

Positional Battle: Head coach Chris Jones may have pivoted frequently during training camp on who starts at pivot, with Taylor Cornelius holding the slightest of edges over Nick Arkbuckle. Tre Ford, the eighth overall pick in this year’s draft, showed promise in the exhibition season, while Kai Locksley performed better than expected in training camp. 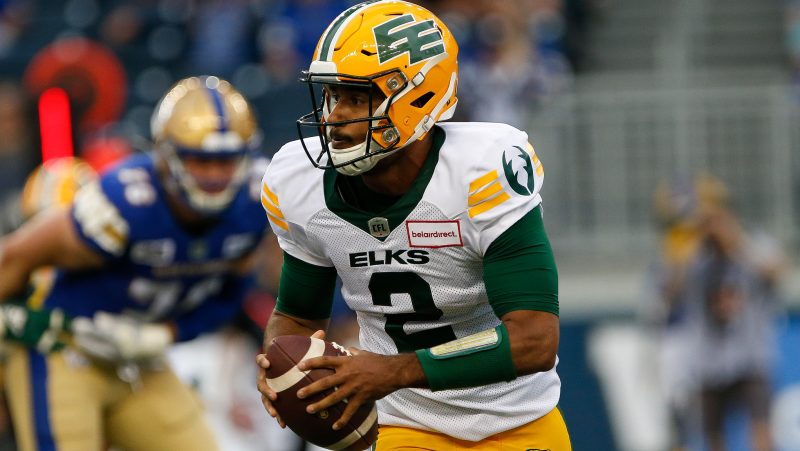 Running Back: James Wilder Jr. finished third in the league with 770 yards while averaging a solid 5.4 yards per carry along with five runs of 20 yards or better. When he’s on his game, Wilder, who will also be a factor in the passing game, will be a fantasy beast on a weekly basis. The Elks unearthed gold in the form of Walter Fletcher, who shined as a starter when Wilder was sidelined near the end of the 2021 campaign. Though not as imposing a physical presence as Wilder, Fletcher showed he can carry the load as both a runner and receiver. Milanovic-Litre arrives from Calgary to add depth to the backfield.

Receivers: Whoever wins the starting job at quarterback will get to throw to Lawler, who had an impressive season (64 receptions, 1,014 yards and six touchdowns) on his way to earning CFL all-star honours as he helped Winnipeg capture a second straight Grey Cup. The free-agent signee adds life to a unit that was forced to use a host of youngsters while the departed Greg Ellingson and returning Derel Walker were hampered with injuries. Former BC Lions CFL All-Star Emmanuel Arceneaux comes back after missing 2021 and former first-round pick Danny Vandervoort has had the best camp of his career. Gavin Cobb, a fourth-round pick from Manitoba, was a training camp sensation who will eventually work his way into the starting lineup.

Defence: Edmonton’s defence allowed 27.6 points per game along with 118.1 rushing yards per contest in the previous season. Former Roughriders Ed Gainey and Deon Lacey were two huge free-agent additions to go along with Nyles Morgan, the team’s top returning tackler and Jake Cerensa, who had a team-best six sacks.

Positional Battle: The Roughriders are excited about the upside of running back Jamal Morrow, so much so they had no worries when veteran running back William Powell made the decision to return to Ottawa. Morrow won the training camp battle for the starting gig and the team was confident enough in him to release Shaq Cooper when the team’s roster was finalized.

Quarterback: Cody Fajardo is in a contract year and is looking for the chance to ignite a Saskatchewan passing game that had just 12 completions of longer than 30 yards in the 2021 season. Much of that came from an offensive line that allowed Fajardo to be sacked a league-leading 34 times in 2021, resulting in a 14-11 touchdown to interception margin. Fajardo will continue to be a presence in the running game, having tallied 468 yards and five majors last season, yet it will be his arm — and how frequently he can use it when passing deep — that will determine if his fantasy value increases.

Running back: Morrow showed what he could do in the open field as a return specialist and the Roughriders are banking on him to do the same coming out of the backfield as a ball carrier. His pass catching skills put Morrow among the best backs in the league, as he’s capable of  at least 50-55 receptions. 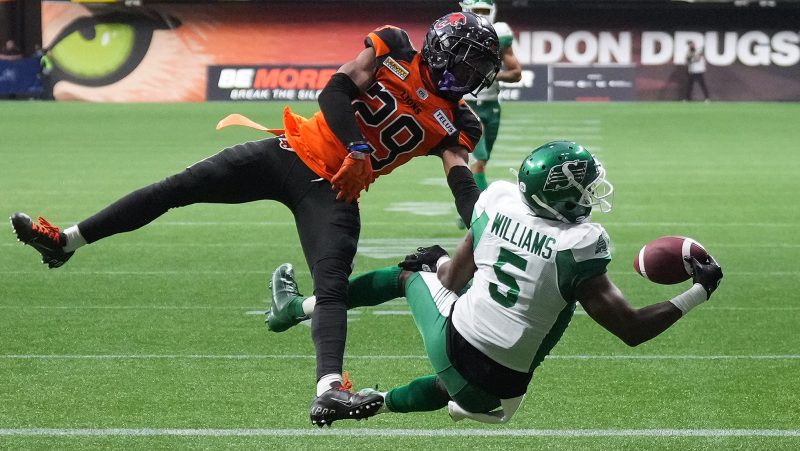 Duke Williams averaged 16.8 yards per catch in four games for the Saskatchewan Roughriders in 2021. (The Canadian Press)

Receivers: The franchise made sure Duke Williams didn’t leave town by signing the former CFL all-star to an extension. Williams put up 17 receptions, 285 yards and a touchdown in the four games he played with Saskatchewan and looks set to reestablish himself among the league’s elite pass catchers. Kyran Moore caught 64 passes last season but averaged less than 10 yards per catch, but the return of  Shaq Evans should do wonders for what Fajardo and the Riders’ pass game. Evans can stretch out a defence and with the improving Kian Schaffer-Baker (47 receptions, 563 yards and two touchdowns), the Riders’ top four receivers can rival anyone in the league. Mitchell Picton and special teams ace Jake Harty will help further the Riders’ depth.

Fantasy nugget: Fajardo led all pivots with 65 passes of better than 20 yards in depth. However, he also led all quarterbacks with eight interceptions resulting from his deep throws.

Positional Battle: Future Hall of Fame running back Andrew Harris chose not to rejoin the boys in Blue to chase a third straight Grey Cup, so Johnny Augustine and Brady Oliveira will compete to fill Harris’ iconic shoes. Both had 100-yard games last season and are well-versed in the offence. It will be up to head coach Mike O’Shea and offensive coordinator Buck Pierce to figure out how to best use them.

Quarterback: Zach Collaros comes off a stellar 2021 that saw him throw a league-best 20 majors and a league-best 23 passes of longer than 30 yards. The latter number might be tempered with the loss of All-Star Kenny Lawler, yet Collaros, a CFL all-star himself, will have a solid set of pass catchers that will make him a steady fantasy option. Dru Brown and Dakota Prukop are the backups. 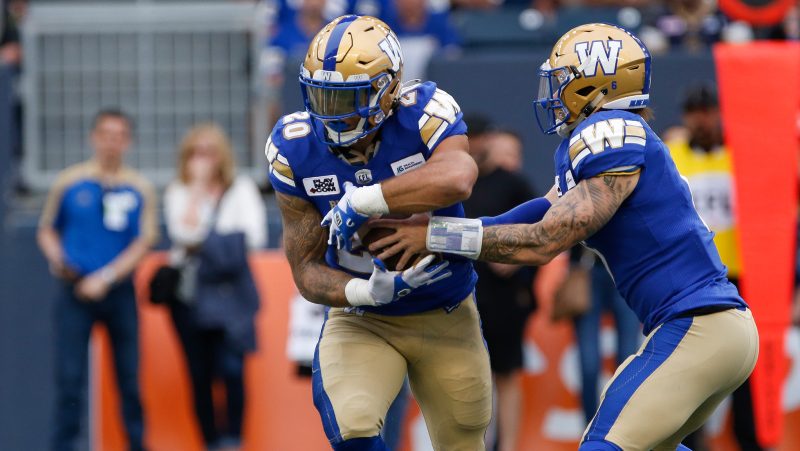 Brady Oliveira had 429 rushing yards and two touchdowns for the Winnipeg Blue Bombers as a rookie in 2021. (The Canadian Press)

Running back: As mentioned above, the running back spot belongs to Augustine and Oliveira. Augustine (7.1 yards per carry) is more of a game-altering runner with his speed, while Oliveira (4.6) is more of a grinder who can move the chains and keep opposing defences on the field.

Receivers: The Blue Bombers lost Lawler, but made up for it with the sure-handed Greg Ellingson, who had recorded five straight 1,000-yard seasons before last year. He will pair up well with Rasheed Bailey, who is expected to be the deep threat that replaces both Lawler and Darvin Adams, while Western Division all-star Nic Demski (48 receptions, 684 yards and four touchdowns ) remains one of the most reliable receivers in the league. Drew Wolitarsky stays in the lineup, with Kelvin McKnight seeking to compete for targets. The Bombers have youngster Brendan O’Leary-Orange, who could become a factor at some point.

Defence: The best defence in the league was able to retain a number of key contributors like defensive linemen Jackson Jeffcoat and Willie Jefferson and linebacker Adam Bighill. Winnipeg allowed the fewest points in the CFL last season

Fantasy nugget: Don’t start a quarterback against Winnipeg’s defence. It’s a fool’s errand. The Blue Bombers allowed a league-low nine touchdown passes while holding opposing passers to a pass efficiency mark of 71.3 that was more than nine points better than second-place Montreal.