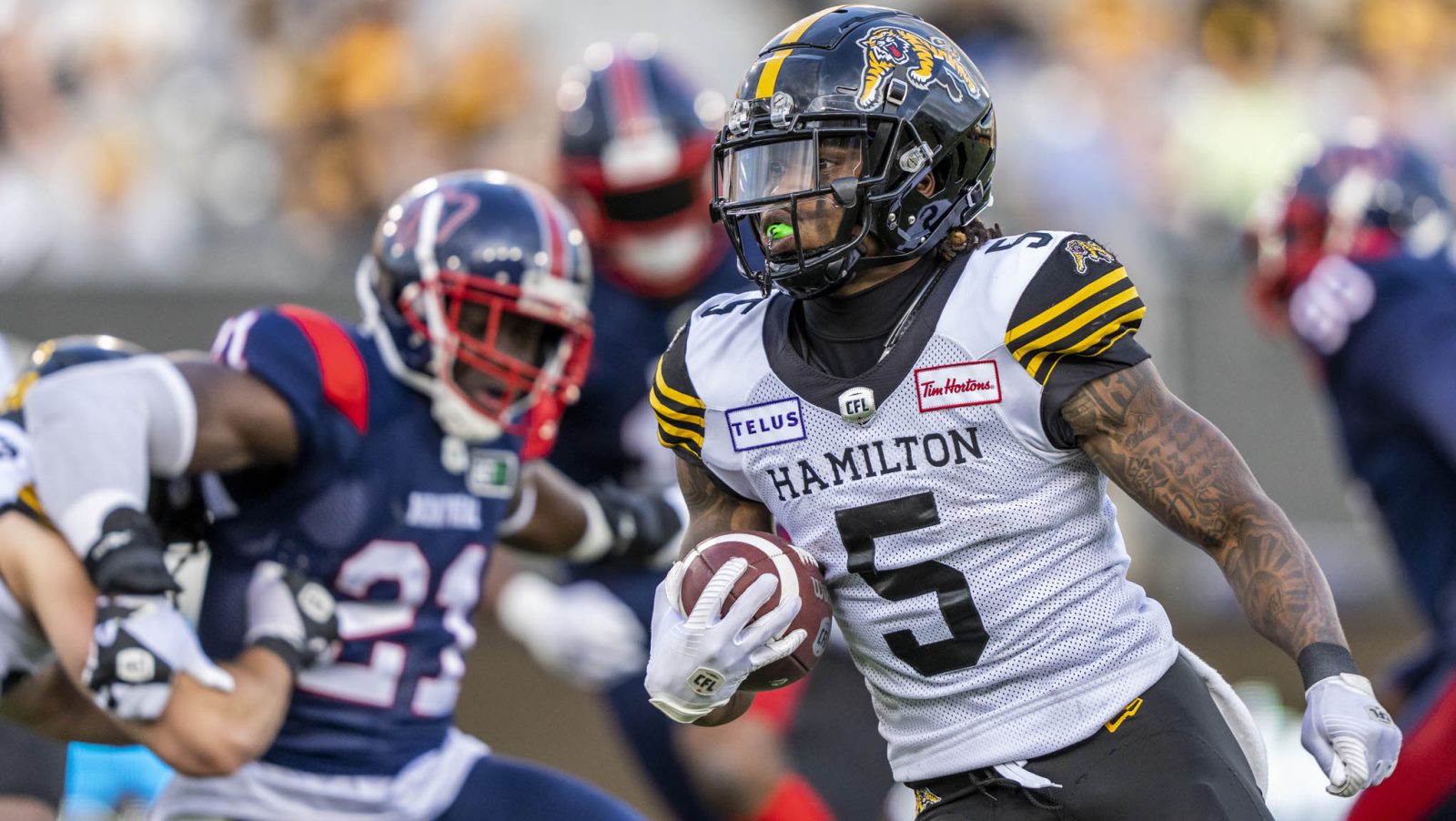 TORONTO — Football is back, with the season opener just two days away. This is, across the board, a time of rare, unparalleled optimism for everyone involved with the game.

You’d be hard pressed to find a player, coach or GM that doesn’t feel good about the training camp they’ve had and their chances this season. That same positivity extends to our esteemed panel of pick makers, who no doubt feel informed and well educated on where each team stands at the start of the season. As we all know though, once the lights go on, we can enter into a different world.

Pat Steinberg navigated that world through a very challenging and unpredictable 2021 campaign to emerge as the champion, going 42-26 along the way. Last year’s run came down to the Grey Cup game, with Steinberg (pick: Bombers) edging out Jamie Nye (pick: Tiger-Cats) to break their tie.

The panel takes its first steps into a new football world on Thursday, and so can you! Click on the links below to visit the CFL GameZone for picks, fantasy and other interactive free-to-play games. 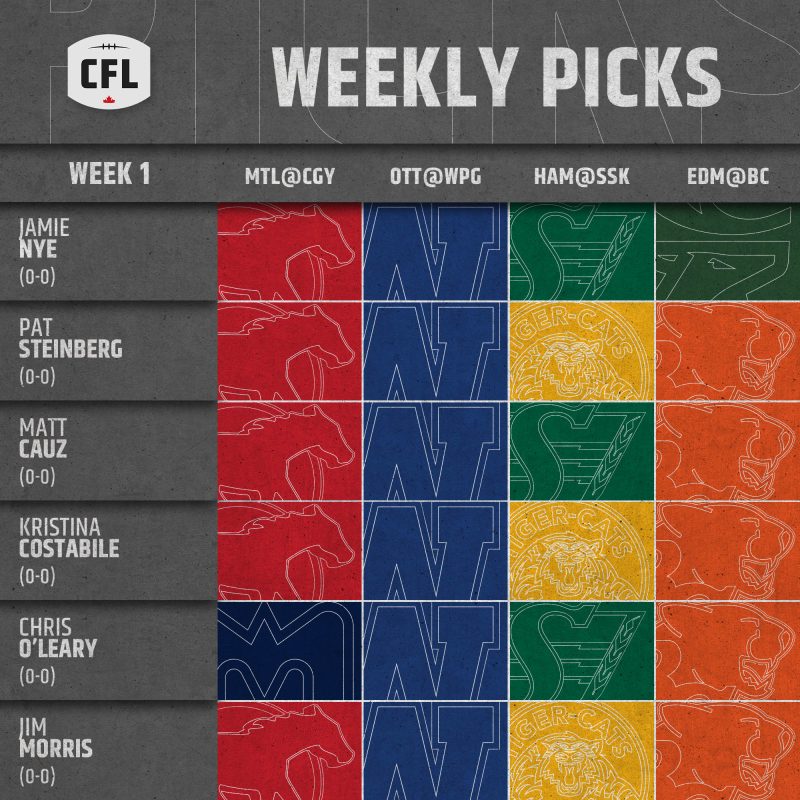 Vernon Adams Jr. has been declared the Alouettes’ starter for Thursday, which will quiet the noise on that front for now. Bo Levi Mitchell and his talented receivers should provide a good test for a revamped Alouettes’ defence that was hit hard over the winter with free agency departures. Conversely, that test goes both ways. Mitchell and the Stampeders’ offence didn’t look the same last year as it has through Mitchell’s dominant run as the team’s starter. Now fully healthy and with the likes of Reggie Begelton, Kamar Jorden and a promising Canadian in Luther Hakunavanhu around him, this is a chance for the Stamps to get back to their old, highly productive ways.

For the second season in a row, Jeremiah Masoli will start his season in Winnipeg, watching the Blue Bombers raise a banner that came at his team’s expense. This year, of course, he’s doing so with a new team. The REDBLACKS had the most eventful off-season of any club in the league, starting with snagging Masoli in free agency and surrounding him with talented new faces. The REDBLACKS will have to come together quickly and have to do so against a Bombers team that’s poised to be as tough as it was last season. We think Ottawa will be good this year, but starting against the Bombers’ defence is a tall order.

We’ve spent a winter and maybe a little more wondering about the big play ability of the Riders’ offence. Cody Fajardo opens the season with what should be a stiff test for him against a Tiger-Cats team that’s built to get after him up front and seek the turnover in the backfield. For the Ticats’ offence, this is a big season for Dane Evans, who finally is the team’s clear cut No. 1 QB. He gets the unenviable task of opening the season on the road at Mosaic Stadium, which will very likely already be in Grey Cup hosting party mode. This is the only game on this week’s schedule that couldn’t get a majority.

While some will wait to see what the Elks will do at quarterback this week, there are no questions in BC. Nathan Rourke will get the start on Saturday when the Lions host the Elks. After a strong pre-season showing on Friday against the Riders (13-19 passing, 151 yards and a touchdown in just a half of work), Rourke seems to have converted some of the off-season skeptics, or at least made them willing to lean in his direction for this week’s matchup. The Elks, meanwhile, looked nowhere near ready for regular-seson in their Friday night pre-season finale loss to the Stamps. That said, this Elks-Lions pairing is a perfect time to remember the dangers of buying into the highs and lows of pre-season play. You can’t put too much good or bad stock into the things we’ve seen to this point. Things get real this week.