From the Editor’s Desk: Welcome to CFL Kickoff! 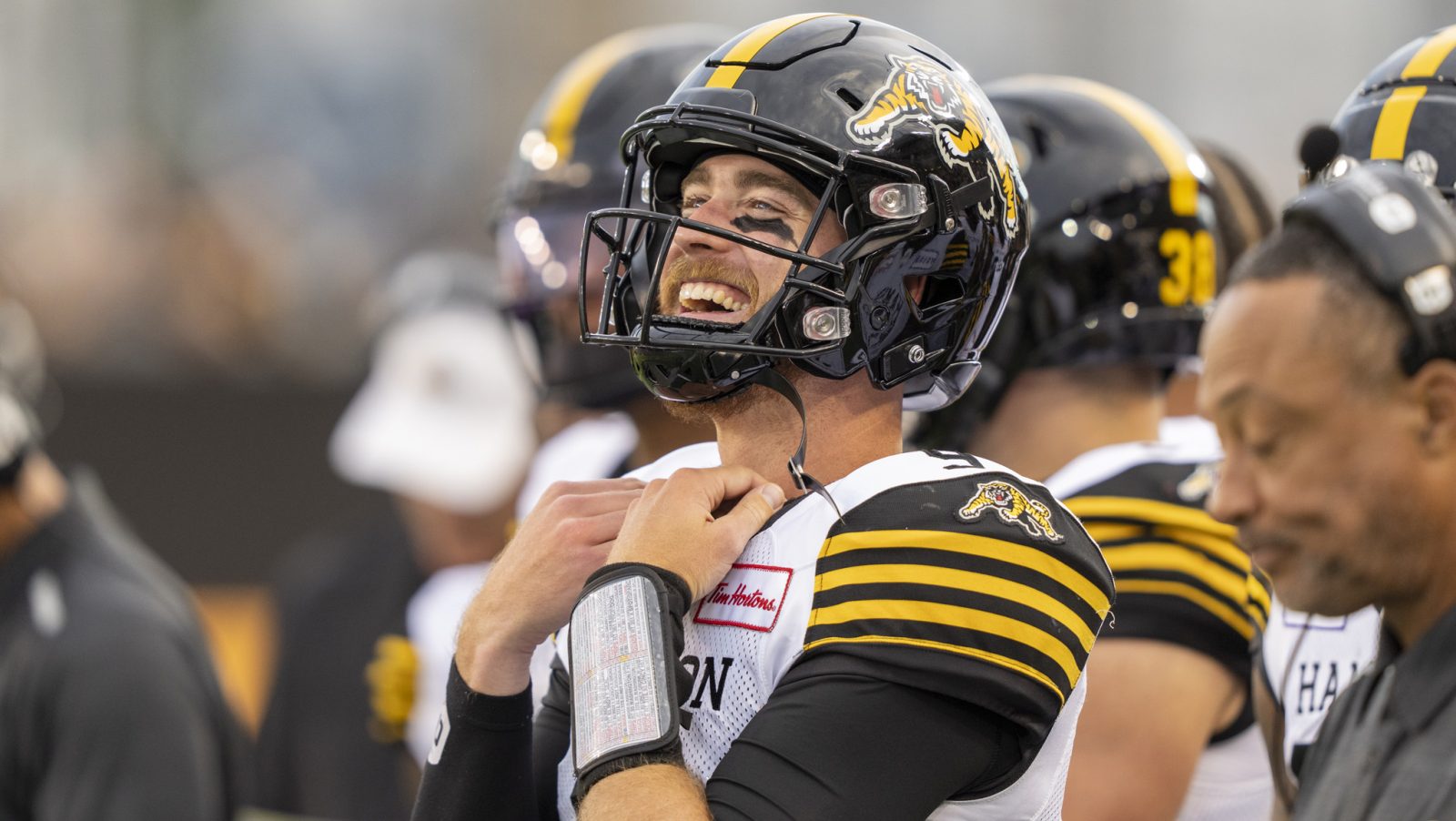 From the Editor’s Desk: Welcome to CFL Kickoff!

Although technically shorter than usual since the Grey Cup was played in December, this year’s off-season seemed to drag along, didn’t it? The winter in Toronto, where I live, was extra cold and long, with what felt like more snow than ever, as I stared out my window dreaming of the summer sunshine at a football field.

So it feels pretty great to say that CFL Kickoff has arrived!

There’s quite a few storylines on my mind as we get ready for the first snap of regular season football on Thursday night.

The Ottawa REDBLACKS are the most intriguing team for me this season. Last year the quarterback carousel and the lack of protection for said pivots were a few of the sore spots for the team as they coasted to the bottom of the East Division with a 3-11 record.

Of course we’ve seen the upgrade the team made at quarterback with Jeremiah Masoli, but what is even more important is the new faces they’ve brought in on the offensive line. General manager Shawn Burke signed Ucambre Williams, Hunter Steward, and Darius Ciraco as free agents in February after adding Jacob Ruby in January. Those are just a few of the pieces to join the REDBLACKS to help an offensive line that allowed a league-most 53 sacks in 2021.

Plus, the upgrades on the REDBLACKS defence can’t be ignored. It’ll be interesting to watch how this team gels together since we all know football isn’t played on paper.

I’ll also be keeping an eye on Saskatchewan’s linebacking group. With Darnell Sankey, Derrick Moncrief, Larry Dean and Micah Tietz (when he’s healthy, he’s currently on the 6-game) all in that room, it appears that the Riders have one of best linebacking corps in the league (*bobs and weaves away from every other fan base telling me I’m wrong*). Darnell Sankey and Larry Dean are both middle linebackers who are known for making plays, Sankey did lead the league in tackles in 2021, so I’m interested to see who lines up where when they hit the field on Saturday night.

How will Nathan Rourke do? Who’s starting at QB for the Elks? Who’s going to take down the defending champs? I have so many questions and I’m ready for some answers this weekend.

If you missed it, the CFL launched its new CFL GameZone, where you can play CFL Fantasy, CFL Pick ‘Em presented by TotalEnergies and the new Preseason CFL Futures presented by BetRegal. You should go and play all three games, because who doesn’t want to have fun?! Click here to check it out.

And now we get to my CFL Fantasy team. Here’s my opening week roster. 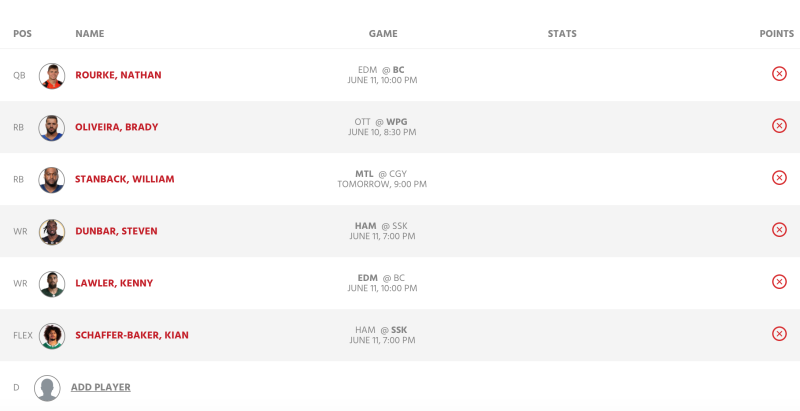 I usually like to set my roster based on what I’ve seen in previous weeks and team matchups but in Week 1, we’ve yet to see anyone play a game so it’s a bit more of a guessing game.

I’m taking the value pick of Nathan Rourke ($7,250). I’m banking that Rourke would be the one to run in short yardage TDs but with Antonio Pipkin in the building now, I’m not quite sure. Even still, he’s not as expensive as some of the other QBs and though the threat of a Chris Jones defence does make me nervous, I’m still rolling with the Canadian pivot.

Before we get into these picks, I just want to mention that picking winners of games at the start of a season when you’ve seen nothing but pre-season is pretty difficult so let’s cut myself, and the rest of the CFL.ca writers, a liiiiittle slack. Unless I go 4-0 this week.. then what I meant to say was picking games this early is easy and I know everything there is to know about this league. Here’s my picks.

We know Calgary plays well at McMahon Stadium and even though I’ve heard rumblings about Bo Levi Mitchell this off-season, I definitely think he’s still got it. Last year was just a blip on his impressive career and I think he returns to form in 2022 now that he’s healthy. Plus, I like Ka’Deem Carey to balance out the aerial attack on the ground. I think the Stamps take their home opener.

Sorry, Ottawa, I won’t bet against the defending champs. That’s all that needs to be said.

While I think this will be a close game, and I’m excited to see both Dane Evans and Cody Fajardo, I think the Tiger-Cats will silence Mosaic Stadium and head back east with a win.

With Lucky Whitehead and Bryan Burnham on one side and Kenny Lawler and Derel Walker on the other, we could be in for quite the aerial show on Saturday night. It’ll depend on the pivots to give the expected big crowd in BC a spectacle with Nathan Rourke starting for the Lions and one of Nick Arbuckle or Taylor Cornelius starting for Edmonton.