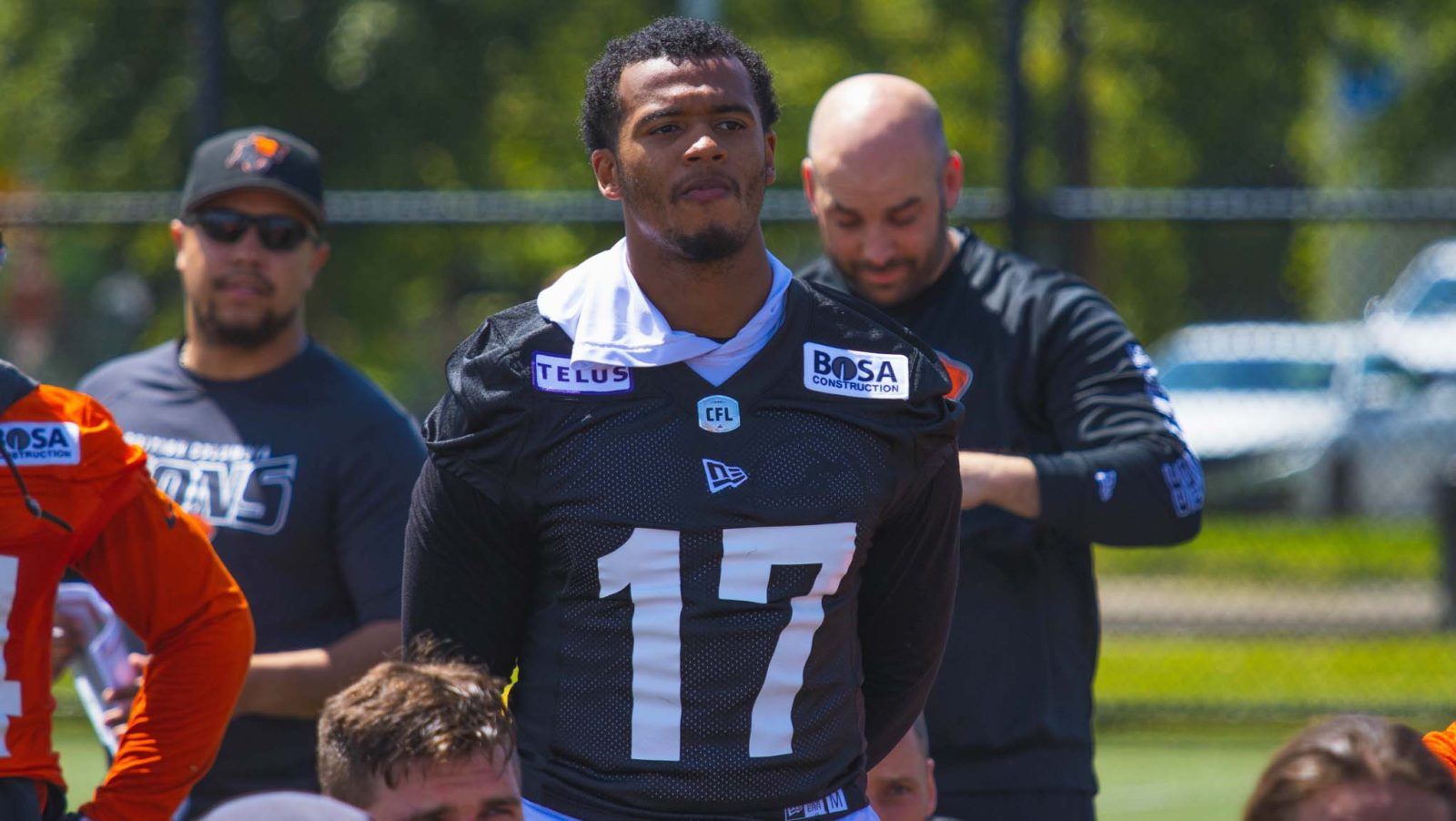 During a break in a BC Lions practice this week some of the players took drinks of water while others stood in groups chatting.

Newly signed quarterback Antonio Pipkin stood by himself, reading from a  list of plays on a small piece of paper. Long after practice ended, when the rest of the team had headed to the dressing room, Pipkin and receivers coach Jason Tucker remained, still going over plays.

Pipkin understands why the Lions signed him after being released by the Toronto Argonauts last month. With his CFL experience, he can be a mentor and sounding board for young quarterbacks Nathan Rourke and Michael O’Connor.

RELATED
» CFL and Genius Sports: Check out the CFL GameZone
»Everything you need to know ahead of the 2022 season
» Where to Watch: 2022 broadcast schedule
» Buy Tickets now for the 2022 season

Pipkin also has the ability to step in and take over the controls should one of the quarterbacks get hurt or if BC’s two young Canadian quarterbacks simply need more time to learn and develop.

“I’m a new guy here,” said Pipkin. “I need to learn the ropes, lead when the time dictates to lead, but more so be a great teammate first.

“In the quarterback room, young or old, your position requires you to be a leader. I was blessed to have a God-given trait of being a leader. I think a big part of being a quarterback is not only being able to lead, but at the right time understanding when I can follow.”

At 26, Pipkin is the same age as O’Connor and is just two years older than Rourke, but he has played five seasons in the CFL with Montreal and Toronto. In 34 games he’s completed 112 of 208 passes for 1,453 yards, four touchdowns and nine interceptions.

Pipkin has been impressed with the pair’s work ethic and willingness to take advice. Both arrive at work early and go home late.

“They are two young guys but they’re far beyond their years of professional football,” he said. “It’s interesting to see how these guys operate and function day-to-day.

“These guys understand the ins and outs of not just being a football player, but being a quarterback and a leader, the guy you want the team to follow.”

Rourke, who will start for the Lions when they open their regular-season Saturday night against the Edmonton Elks at BC Place, said Pipkin can ease the learning curve for the young quarterbacks.

“I was fired up when we were going to get him,” said Rourke. “It’s always appreciated and valued for me to lean on his knowledge and vast experience throughout the duration of the season.”

Rourke said this week Pipkin offered tips on what to expect from the Edmonton defence under head coach and general manager Chris Jones.

“Just getting his side of what we’re going up against has been valuable,” he said. 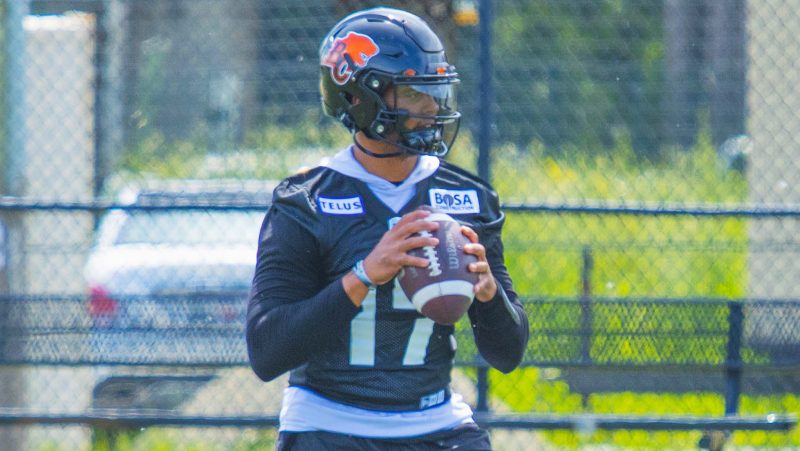 While being close in age to Nathan Rourke and Michael O’Connor, Antonio Pipkin brings a lot of CFL experience to the Lions’ QB room (BCLions.com)

Good players don’t always make good teachers. Some have trouble passing on their knowledge. Others refuse to share what they know with someone who might take their place.

Jordan Maksymic, BC’s offensive coordinator, said Pipkin checked his ego at the door when he stepped into the Lions dressing room.

“He’s very open and very willing to share and talk about his experiences with different teams,” said Maksymic. “Anywhere he can add a suggestion or can help, he jumps at the chance to do that.”

Pipkin believes the team comes before the individual.

“I’m not a selfish guy,” said the six-foot-three, 225-pound native of Gary, IN. “If I feel like I’ve learned something that has helped me, I’m 100 per cent willing to share. It’s up to you to receive it.

“It’s not just me, it’s everybody. This is a veteran team. As long as that knowledge continues to get passed along, you can only make the team better.”

Given the chance, Pipkin would love to play. He’s excited about the opportunity of throwing passes to Lions receivers like Bryan Burnham, Lucky Whitehead, Dominique Rhymes and the six-foot-five, 230 pound Jevon Cottoy, who he calls “a humongous human being.”

“The thing about our profession is you don’t make those calls,” he said. “You don’t pull the shots, you’re not the big decision maker. All you can do is take care of what you can control and be a great teammate.

“Whenever the opportunity presents itself, just make sure you are prepared for it. That’s my focus. It’s not necessarily anything against the guys. I’m competing with being a better version of myself than I was the day before.”

Maksymic said that beside his leadership skills, Pipkin has playing skills. He’s operated a CFL offence and understands the rules and intricacies of the Canadian game.

“It’s nice to have a guy come in that you don’t have to explain all that stuff to,” said Maksymic. “It’s definitely a good security blanket.”

Pipkin started his CFL career in 2017 with the  Montreal Alouettes following a brief stint in the NFL with the Arizona Cardinals. He dressed for 27 games with Montreal, throwing for 1,295 yards, four touchdowns and eight interceptions. He also ran  58 times for 318 yards and nine touchdowns.

Pipkin signed as a free agent with Edmonton in 2020, but didn’t play following the cancellation of the season due to the CVOID-19 pandemic.

He signed with Toronto in 2021, dressing for seven games.

Pipkin played in Toronto’s 23-17 exhibition loss to Ottawa, completing seven of nine passes for 60 yards and one interception. He also rushed once for 10 yards.

Pipkin comes to the Lions feeling no bitterness toward the Argos or Als.

The Lions get their season underway on Saturday night as they play host the Edmonton Elks with kickoff scheduled for 10:00p.m. ET.