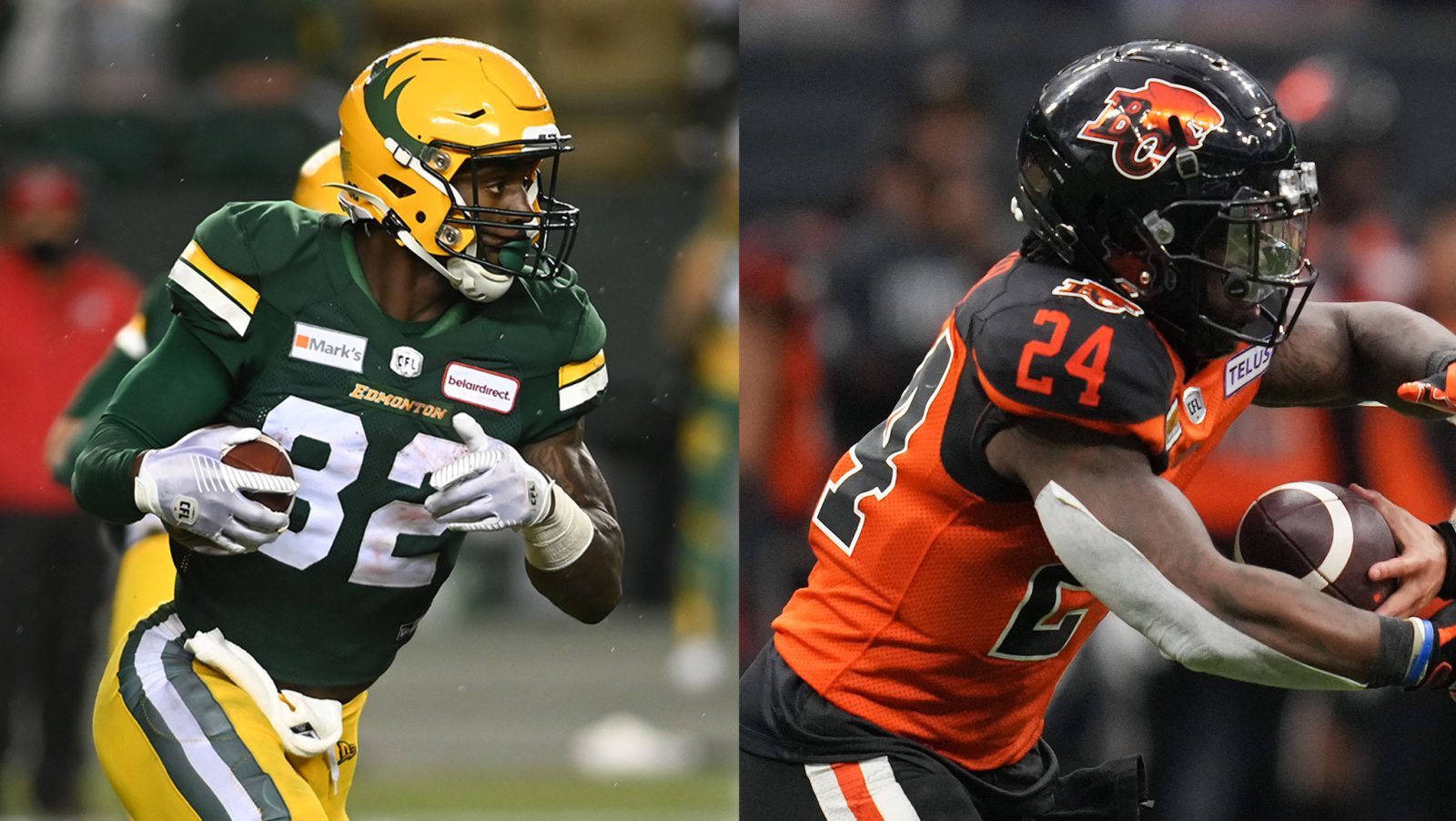 VANCOUVER — It should be a raucous crowd when the BC Lions host the Edmonton Elks on Saturday night to round out the Week 1 schedule.

Tickets for the opener are  a hot commodity in Vancouver, so much so that the Lions opened up select seats in the upper bowl at BC Place.

On the field, much of the Lions success will be dependent on the play of Canadian quarterback Nathan Rourke, who will be given the start on Saturday following the retirement of Michael Reilly at the end of last season.

A pair of star wide receivers would certainly give any second-year quarterback some added comfort, especially when those receivers happen to be Bryan Burnham and Lucky Whitehead. Both of Burnham and Whitehead chose to sign extensions with the Lions this off-season, instead of testing free agency.

The pair of BC wideouts combined for 1,897 receiving yards and nine touchdowns last season, and both of Whitehead and Burnham were recently named to TSN’s annual top 50 CFL players list. Burnham earned the No.8 spot on the list with Whitehead coming in just behind him at No.9.

The Leos utilized the run game the least of any team in 2021, putting the ball on the ground just 211 times. However, towards the end of last season they seemed to have found their stride with running back James Butler who accounted for 101 of those carries.

Through his final four games of 2021, Butler totalled 318 yards and a touchdown on 53 carries and will certainly be looking to start the new season as strongly as he ended 2021.

Offensive coordinator Jordan Maksymic is looking forward to seeing what his offence can do after a good week of preparation.

“I think guys are excited,” Maksymic told bclions.com. “We had a couple good days of meetings and, a walk through and a good practice so guys are excited to get going for Week 1.”

Linebacker Micah Awe returns to BC after spending the last two years in Toronto and Ottawa. He had 74 defensive tackles and three sacks a year ago and will be leaned on to help shutdown Nick Arbuckle and the Elks offence.

The Elks meanwhile are trying to improve on a 2021 season which saw them finish with a record of 3-11. According to the Edmonton depth chart,  Nick Arbuckle is listed as the No.1 quarterback for Saturday. He spent last season in Toronto, seeing action in seven games and throwing for 1,158 yards.

Making his Elks debut, Arbuckle will surely be looking downfield for another Edmonton newcomer in receiver Kenny Lawler, who chose to sign with the Green and Gold in free agency. The two-time Grey Cup champion caught 64 passes for 1,014 yards and six touchdowns for Winnipeg last season.

Edmonton rushed for the third most yards in the CFL a year ago and largely leaned on the athleticism of veteran back, James Wilder Jr. The second year Elk carried the ball 142 times for 770 yards and two touchdowns, while adding another 178 yards receiving and a receiving touchdown.

One another interesting note to keep an eye on in Saturday’s matchup will be the recent rule change allowing teams to play two quarterbacks on the field.

Edmonton’s 2022 first-round pick, Tre Ford, is listed on the depth chart the No.2 boundary wideout. Ford threw 1,465 yards and 10 touchdowns, rushing for another 629 yards and three touchdowns as the quarterback for the Waterloo Warriors in 2021.

From a defence perspective, the Green and Gold will be without recent off-seasons signee, Duron Carter. That means they will need big performances from newly acquired defensive back Jalen Collins and Treston Decoud.  Collins was acquired in a trade with the Toronto Argonauts, while Decoud was signed by the Elks approaching Week 1.

Look for the Elks to play a certain brand of football under head coach Chris Jones.

The Elks will need to do all those things if they hope to be successful in front of a packed house at BC Place on Saturday night. While the Lions will look to feed off their home fans to get the season off on a winning note.

Kickoff is set for 10:00p.m ET, the game can be seen on TSN, RDS, ESPN+ and can be followed along on CFL.ca’s Game Tracker.