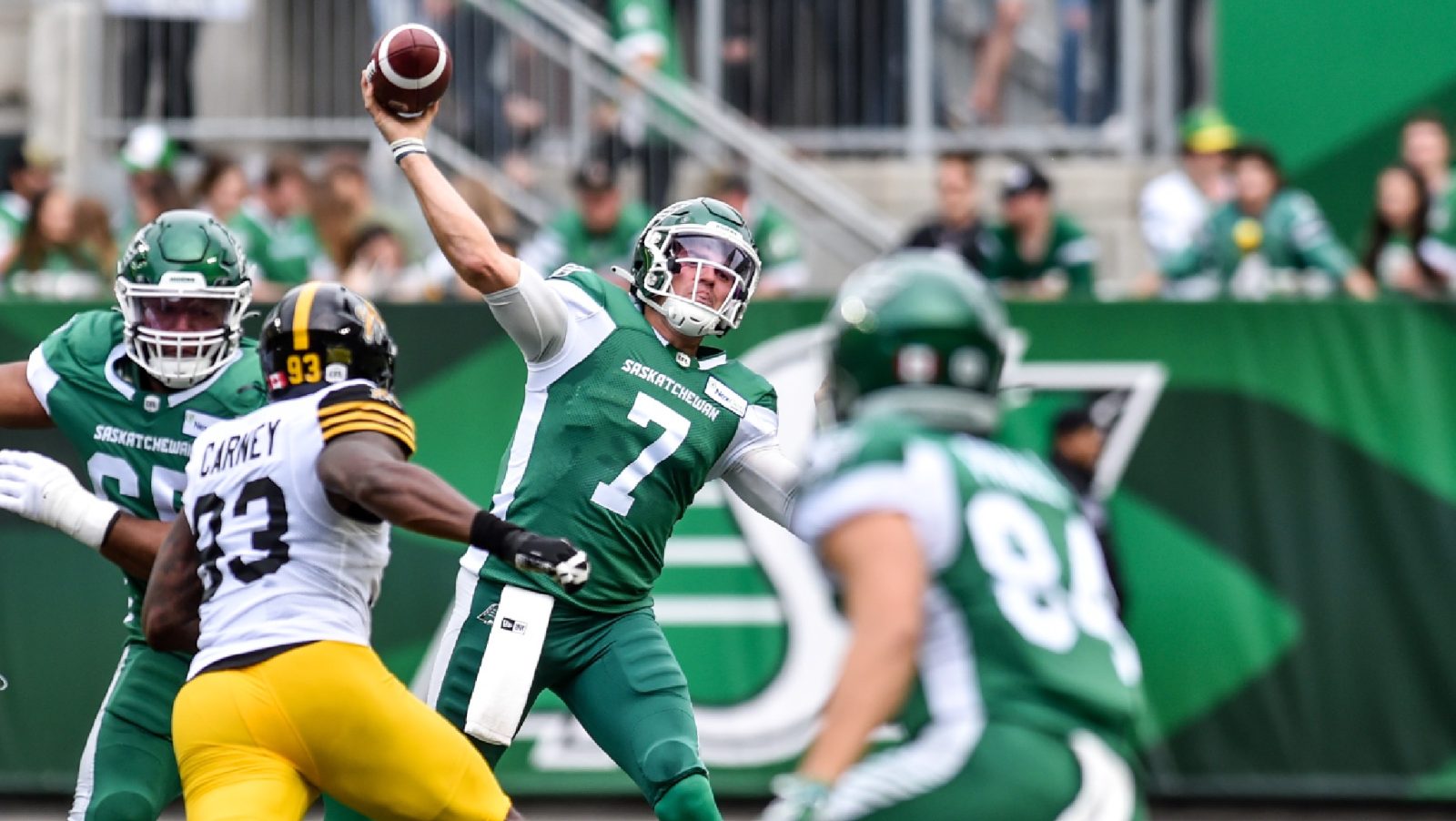 REGINA — For the first three quarters of Saturday night’s contest between the Saskatchewan Roughriders and Hamilton Tiger-Cats, it was a battle of the defences and neither team was giving an inch.

By mid way through the fourth quarter, the offences were able to find a rhythm.

“Our big goal in this game was not being second and long and in the first half it felt like we were always in second and long. Then in the second half we were much better,” said Riders starting quarterback Cody Fajardo post game, who threw for 311 yards and recorded both a rushing and passing touchdown in the winning effort.

“If you get in second and long, it’s very hard to move the ball and they’ve got a tremendous defence, a great front seven who applied pressure but I’m really proud of the big guys up front, I don’t think they had a sack today… to go through a game and not have a sack and for all the backlash they got last year I’m really proud of the way they performed today.”

Head coach Craig Dickenson echoed those sentiments as his team held on for the 30-13 homeopener win.

“I’m proud of them for sure, it wasn’t a clean game for sure, we’ve got lots of things to work on but I do feel like our conditioning was better than I had expected and I think we just wore them out in that second half,” said Dickenson following the game on Riders Radio, 620 CKRM.

“I thought our defence kept us in it the whole time, I think the defence with the exception of the one throw, our defence was outstanding and then finally the offence got clicking and then at the end, I just felt like the big guys came out in the end on both sides of the ball.”

Shaq Evans led the receivers with 92 yards including a 41-yard catch in the third quarter to set up Brett Lauther’s fourth field goal of the night.

“Shaq’s back,” added Fajardo. “We saw that in training camp and I told you guys that going into this game, when Shaq’s 100% he’s one of the best receivers in this league right and you saw it tonight.”

The Riders head to Edmonton to take on the Elks for Week 2 action on Saturday night.