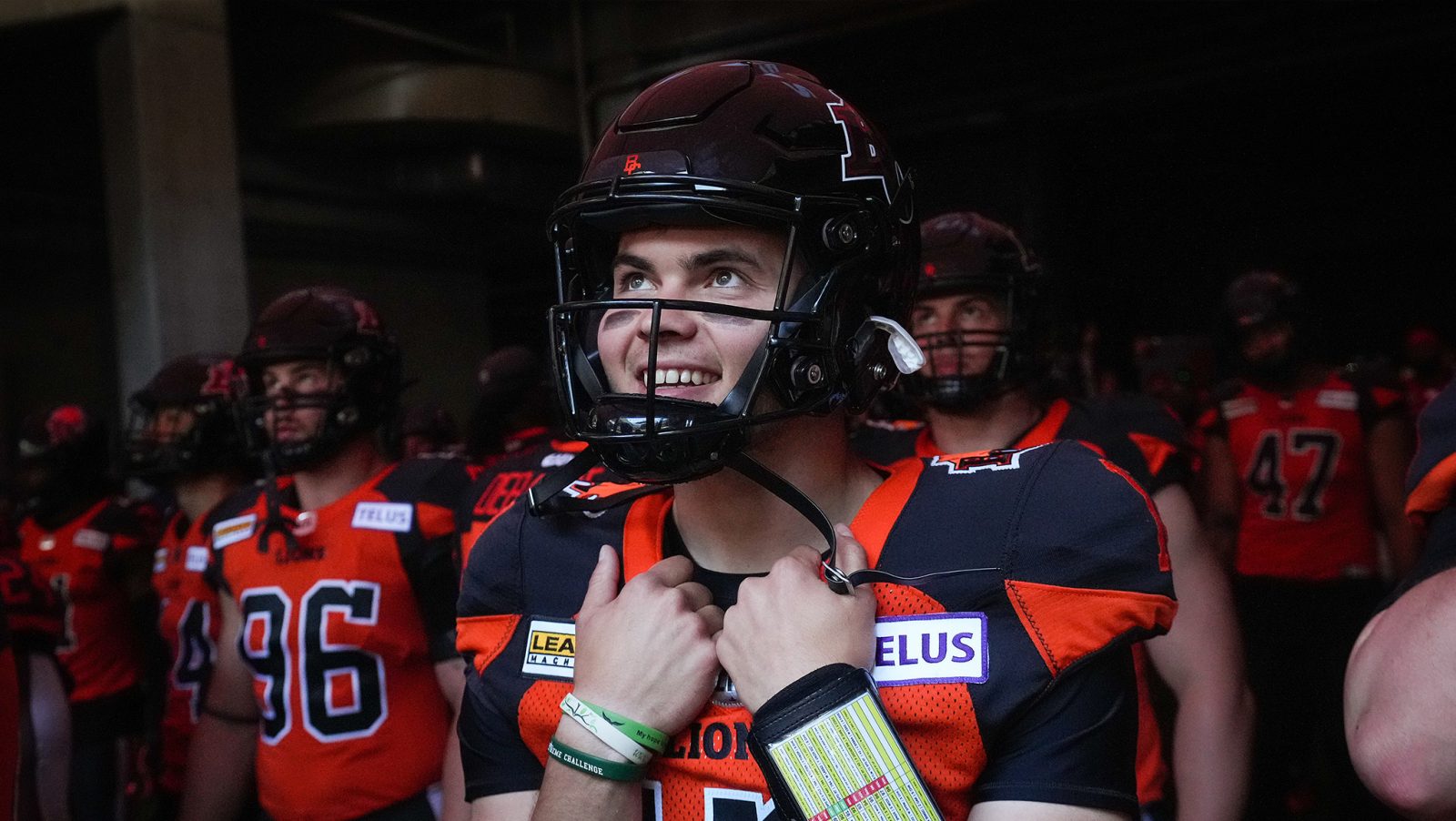 VANCOUVER — The BC Lions made a statement on Saturday night with a 59-15 win over the Edmonton Elks to close out Week 1 of CFL action.

Led by the performance of National sophomore quarterback Nathan Rourke, the Lions jumped out to an early lead and never looked back.

The Victoria, BC native opened the game completing his first six passes, including a touchdown to James Butler to open the scoring. The second-year quarterback would only miss three passes all night, completing 26 of his 29 attempts for 282 yards and three touchdowns.

However, Rourke was more keen on talking about the performance of his team, than he was about himself.

“I thought it was a great team win,” Rourke told TSN after the game. “We’ve got such a great group and I’m really proud that it turned out this way.”

To add to an already impressive stat-line, the BC pivot also showed how effective he can be as a ball carrier. Rourke carried the ball seven times for 78 yards, scoring twice on the ground in the win.

Once again the Lions’ quarterback was quick to credit his team for the success.

“The o-line, unbelievable job. I mean, the short yardage is all of them,” said Rourke. “The receivers did a good job on the edge, too. Hats off to everyone. I’m going to be here all day talking about everybody.”

Despite being in just his second season as a member of the Lions, Rourke understands the length of the season and the need to improve steadily as the season goes on.

The Orange and Black will have a bye week heading into Week 2 of the CFL season, but will return in Week 3 as they get set to host the Toronto Argonauts at BC Place on June 25, with kickoff set for 10:00p.m. ET.