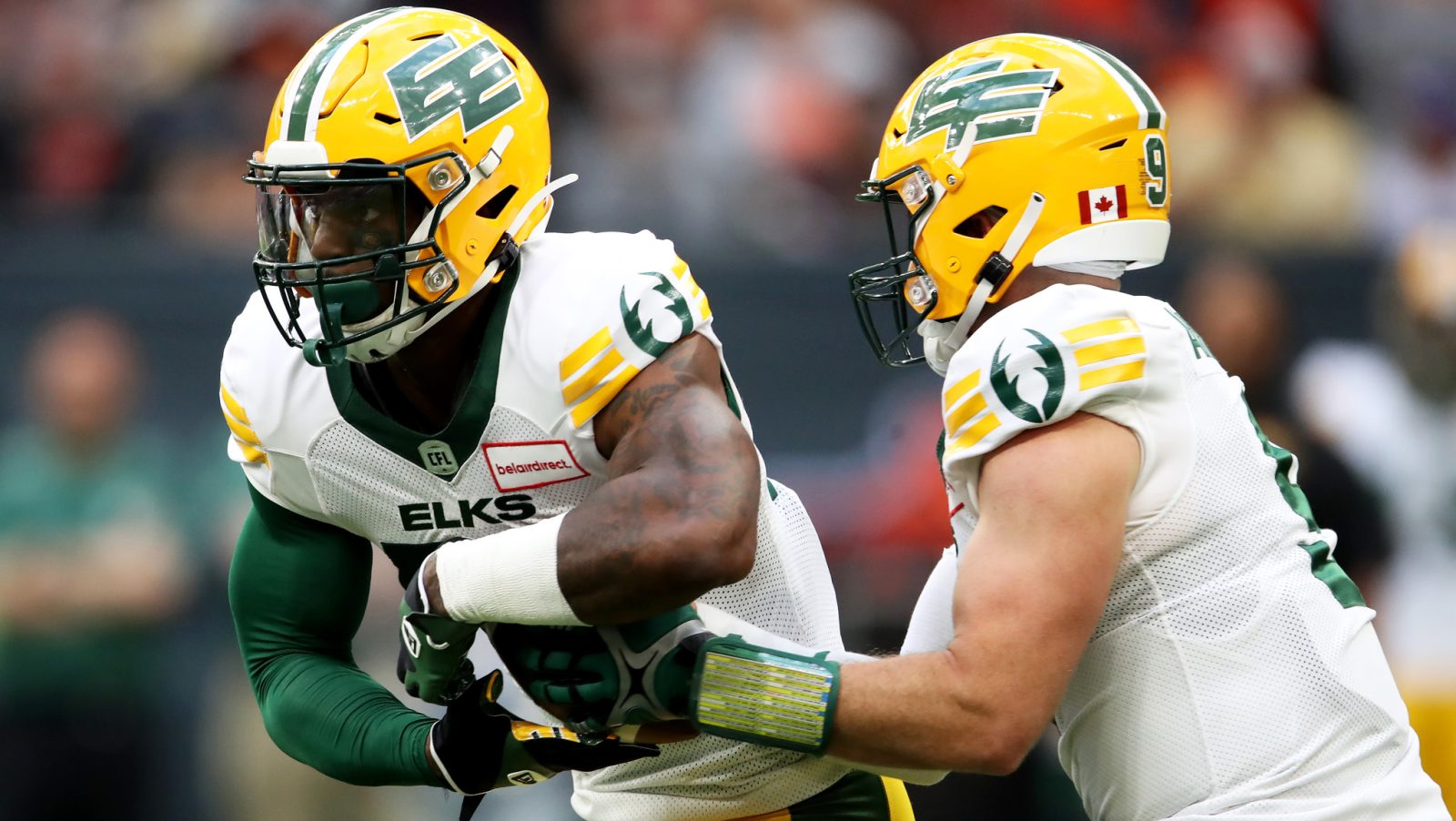 When the touchdown celebrations and fireworks had settled on Saturday night after the BC Lions had finished their absolute dismantlement of the Edmonton Elks in their 59-15 win, I was in a delirious state of football joy.

My joy wasn’t because of Chris Jones’ team losing by such a surprising margin, rather it was about the totality of the first week of the CFL season. We had high scoring games, two last-second victories and a young Canadian quarterback putting on a display with both his arm and legs. Compare that with last year, where the first game of the season between Hamilton and Winnipeg had an exciting 37-yard touchdown pass from Jeremiah Masoli to Jaelon Acklin and after that was a parade of punts in a 19-6 Bombers win over the Tiger-Cats.

We all knew that 2020 would be a tough year for offences across Canada. The CFL was the only sport where play was suspended for an entire season due to COVID-19, so of course the players would be rusty. Throw in a shortened training camp and no pre-season games and the drop in yards gained and points scored was fairly predictable. Even the “ugly” game of Week 1, Saskatchewan’s 30-13 win over Hamilton was at least close until the final three minutes, then saw both teams combine for 25 points in the fourth quarter.

Jeremiah Masoli played out of his mind for Ottawa. James Butler just scored another touchdown as you are reading this and the Roughriders’ pass rush put on a clinic.

I am purposely trying to avoid writing about Nathan Rourke because I don’t want to jinx what we saw so I will just say I loved that crowd at BC Place and Rourke has all but wrapped up the MOP (JOKES!!!).

Now that I am done mopping my brow I want to look ahead to the next slate of games and the one thing I am looking for to happen so that Week 2 can somehow match this past week in terms of excitement. 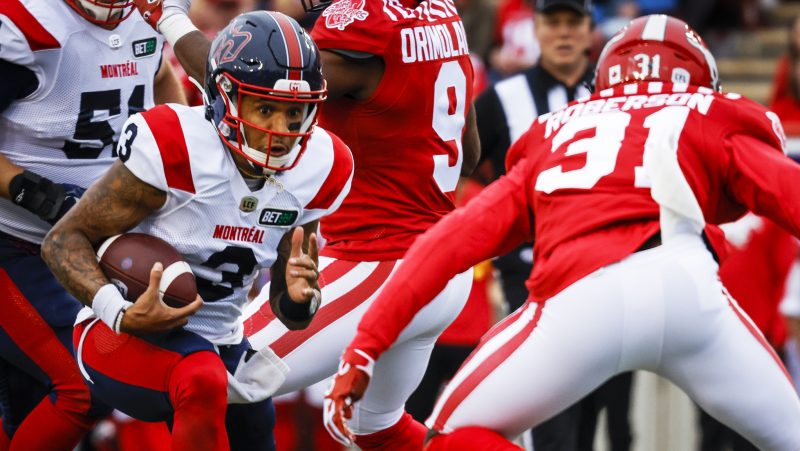 With William Stanback landing on the six-game injured list, the offensive responsibility could grow for Vernon Adams Jr. as he leads the Als into Toronto on Thursday (The Canadian Press)

I would be remiss if I did not mention the worst moment of Week 1: the fractured ankle injury that William Stanback suffered in Montreal’s 30-27 loss to Calgary. Stanback has been placed on the six-game injured list and I sincerely hope we get to see him crashing through the line of scrimmage, 100 per cent healthy by the end of the year. The one thing I am looking for is ball security from both quarterbacks.

In 2021 Vernon Adams Jr. and McLeod Bethel-Thompson combined for 20 interceptions in 18 total games played by both passers. For either of these teams to make the jump from good to great they’re going to need their signal callers to make smarter decisions, especially when under duress.

The last time Bethel-Thompson played Montreal he threw a career high four interceptions in a 37-16 loss, while Adams had an ugly stretch last year where in a three-week run, he threw two interceptions in each game going 1-2 with the one win coming in a dramatic overtime victory in Hamilton.

Last week Adams’ turnovers directly led to 10 points scored for the Stampeders. I have nothing against defensive backs, I love a good athletic interception but I’m here for the Argonauts’ offence to take a step up with all their returning receivers and the debut of Brandon Banks.

As for Montreal, now with Stanback out there will be more responsibility put on Adams’ shoulders and I would love to see him succeed, considering the character he has displayed since becoming a starter.

For what should be a great rematch, I’d like Jeremiah Masoli to continue doing what he did last week and for Zach Collaros to be fully healthy.

I’m usually skeptical about early on field success when a quarterback hooks up with a new team. I had medium level expectations for Masoli going up against Winnipeg’s vaunted defence and boy, was I wrong. Beyond the statistics — he led all passers with 380 passing yards — Masoli just looked so comfortable in a REDBACKS uniform, only taking one sack in 34 pass attempts. His passing numbers would easily have gone over 400 yards if not for a dropped pass by Jaelon Acklin that was destined to be an 80-yard touchdown catch.

I love that these teams are immediately playing again, as I am so curious to see the adjustments made by Bombers defensive backs Winston Rose and Tyquwan Glass, who had a rough go of it against Masoli. As for the Bombers, I love what you did Dru Brown. That was a gutsy effort coming in cold and leading your team to a win, but I’m a greedy football fan; I want my MOP on the field. 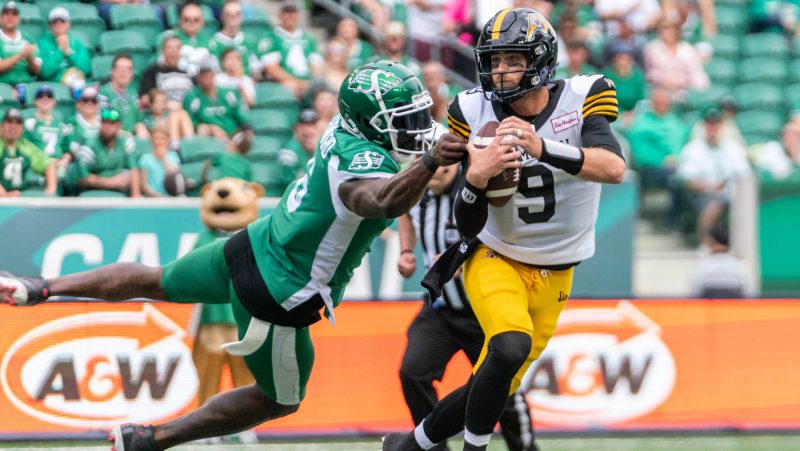 Dane Evans was under siege in Week 1, taking six sacks in his time on the field against the Riders (The Canadian Press)

This one is easy. I want the Hamilton Tiger-Cats’ offensive line to protect Dane Evans. Saskatchewan sacked Evans six times and tacked on two more on backup Matthew Shiltz. Two of those Rider takedowns led to Evans fumbling the ball away in an ugly four turnover night for Hamilton’s starting quarterback.

It was an ugly game through three quarters and the main culprit was both the Tabbies’ offensive line and Evans’ overall pocket awareness. The evil side of me (Argonaut fan) is all for a couple more bad games from Evans, as it would inevitably lead to every Tiger-Cats fan screaming to the heavens that the team choose unwisely, picking Evans over Masoli.

In the bigger picture, I want Evans and the offence as a whole to succeed. I want to see the player who stepped in for an injured Masoli in 2019 to lead the team to the best record in the league. Evans is not exactly the most mobile quarterback in the CFL. He is your classic pocket passer that needs his tackles to give him time to find his receivers. The talent is there on Hamilton’s line to get the job done, here’s hoping we see it this week against the Stampeders.

My unrealistic request would be for 24/7 unfettered coverage of all things coach Chris Jones. I’m wildly curious to see what he is like after a 44-point loss. My irresponsible desire would be for Tre Ford to start, but he is not ready for that sort of assignment, especially against a Saskatchewan defence that had their way with Hamilton’s offensive line.

Also, it’s hard to put all the blame on Nick Arbuckle. I will settle for an overall calmer performance by the entire Elks team. There were so many mistakes and blown assignments, especially in a first half that saw BC put up 42 points. As a team, Edmonton committed 12 penalties for 129 yards and allowed four sacks. I can overlook the four interceptions as three of them came when the score was 35-6 and you have to force some throws in desperate times, but other mistakes need to be rectified.

With James Wilder Jr., Kenny Lawler, Derel Walker and Emmanuel Arceneaux on the roster, the Elks should be able to score more than six points at the half. Clean up the mistakes and let’s see this team open things up.