Power Rankings: A shakeup out of the gate 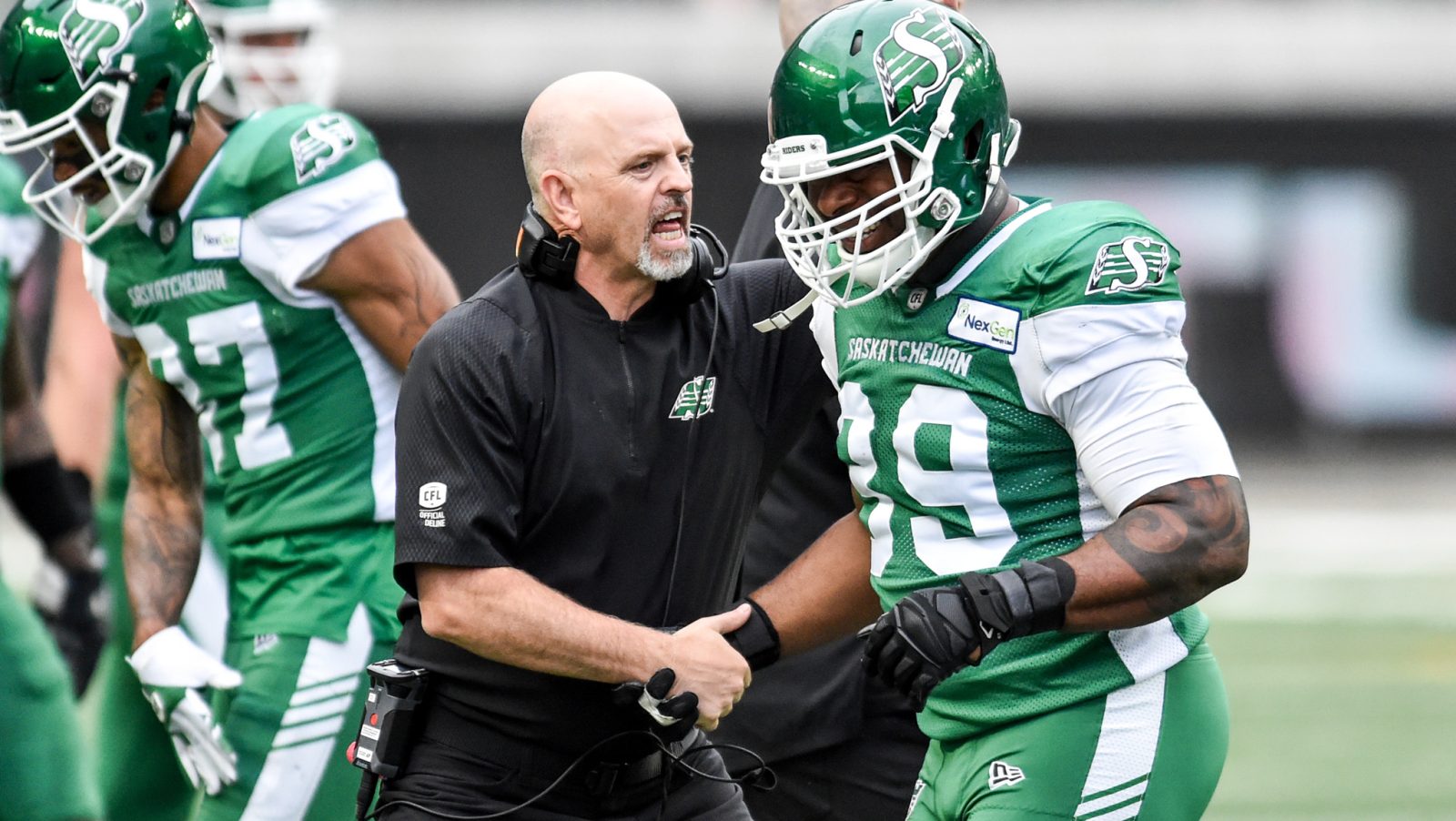 Power Rankings: A shakeup out of the gate

TORONTO — After six months without the CFL, we were rewarded with many of the best things that the game has to offer in Week 1.

We had a pair of last-minute finishes, saw backup quarterbacks shine in high-pressure moments and saw a Canadian pivot come storming out of the gate to kickoff his career as a starter.

Week 1 was full of excitement and drama. If this is what we’ll be getting on a week-to-week basis in 2022, we’re in for a treat as we dive back into a full 18-game schedule plus playoffs.

Of course, through all of that, some things remain unchanged in these rankings. The top of the list remains decked out in the Bombers’ Blue and Gold, with the other eight teams playing catch up. Jeremiah Masoli and the Ottawa REDBLACKS should be thrilled that they don’t have to wait long — just five days from this writing — to get another crack at the Bombers.

With that, the debut of the Argos, John Hufnagel getting his Hall of Fame moment in Hamilton and the Elks opening things up at home, Week 2 is full of intriguing storylines and poised to deliver just as much excitement.

The formula wasn’t that different for many of the Bombers’ wins over the last couple of years: Stay in the game, get big defensive plays and when the moment is there, strike offensively to go for the win. That Dru Brown finished out the game for Zach Collaros may have been a nerve-rattling twist for some fans, but the Bombers’ QB corps passed the depth test against the REDBLACKS to pick up a win in difficult circumstances. Kicker Marc Liegghio wrote himself a nice redemption story in Week 1 as well, making up for what looked to be a costly missed convert with a clutch game-winning field goal after Brown got the ball to Ottawa’s 18-yard line.

It wasn’t a picture-perfect win, but the Riders took it to the necessary level in crunch time, putting up 18 fourth-quarter points to the visiting Ticat’s six. Cody Fajardo got over the 300-yard passing mark and spread the ball around well, including finding Kian Schaffer-Baker for a gorgeous TD that helped break the game open. Defensively, the Riders hounded Dane Evans, sacking him six times and pulling down Matt Shiltz twice before the night was over. Saskatchewan’s defence produced three fumbles and a pair of interceptions, making for a good night at the office to open their season.

What do you get when you have a bye week and all of your East Division peers falter in Week 1? First place! The Argos’ week off fully worked in their favour and now they’ll try to create a little distance between themselves and the Alouettes, who visit BMO Field on Thursday night. The Argos are confident in what they have, after a productive training camp out in Guelph. The debuts of Andrew Harris and Brandon Banks (how long until that’s no longer strange to imagine?) will be fun to watch this week and should be major storylines to follow through this season. At their best, they’re additions that could take a team that was 30 minutes from a Grey Cup appearance over the top in 2022.

If the Ticats want to rebound against the visiting Calgary Stampeders this week, it’ll have to start with their offensive line play. The Roughriders got to Dane Evans early and often in Regina. It’ll be a long season if Evans is hurried out of the pocket over and over again. Some help on the other side of the trenches would be good, too. The Ticats were shutout by the Riders, getting zero sacks on the night. On the bright side, Evans showed chemistry with Steven Dunbar and the offence did show flashes of big play potential. The Ticats have been a good team for a long time. We think they’ll figure it out.

Despite the influx of new faces across the board, there were very few chemistry issues with the revamped REDBLACKS roster in Week 1. Jeremiah Masoli looked fully confident in the offence and had absolutely no problem slinging it against a Blue Bombers’ defence that feasted on those kinds of opportunities last year. They were no doubt unhappy to come away from IG Field with a loss, but you have to think the REDBLACKS like their chances with a week of film to work off of and their home crowd behind them at TD Place on Friday.

Wow. After an off-season full of questions about Nathan Rourke‘s ability to play as a starter and the Lions’ faith in him, the 24-year-old went out and pulled the strings on one of the most convincing wins you might ever see in the CFL. It’s unfair to expect lopsided wins every week and there will certainly be ups and downs for Rourke and the Lions as they navigate this season, but Rourke showed that he belonged in Week 1. That bodes well for a Lions team with a ton of talent surrounding him.

The Stamps settled into that veteran team mode on Thursday night, chipping away at the Alouettes’ 10-point halftime lead. It almost felt inevitable as the fourth quarter wound down that Rene Paredes would be out there somewhere on the field lining up the go-ahead field goal. Similar to the Bombers, their backup QB closed out the game, showing the depth that the Stamps have been known for. In a normal opening week, had the Lions not performed so exceedingly well, they’d probably sit higher than seventh. They have the pieces to climb much higher in these rankings.

Say this about the Alouettes: This is a team loaded with heart that refuses to quit. They absorbed the loss of William Stanback to build up that 10-point lead and even after Paredes’ go-ahead field goal, Vernon Adams Jr.‘s Hail Mary came much closer to being answered than anyone watching thought it might have. Going into Week 1 the Als’ biggest challenge was to find that weekly consistency and take care of the ball. It shifts now to ensuring there is run game productivity in Stanback’s prolonged absence.

This was not the start that anyone in Edmonton wanted for these Elks. The question for Chris Jones’ team as it heads into its home opener this week is how can it respond to such a flat, potentially demoralizing loss? This week will be telling for the Elks and it’s not necessarily just that they have to go out and win (as nice as that would be). With an 18-game schedule, there’s time to make up for a bad game or a slow start, but the improvement has to be dramatic from what we saw in BC and it has to happen quickly.