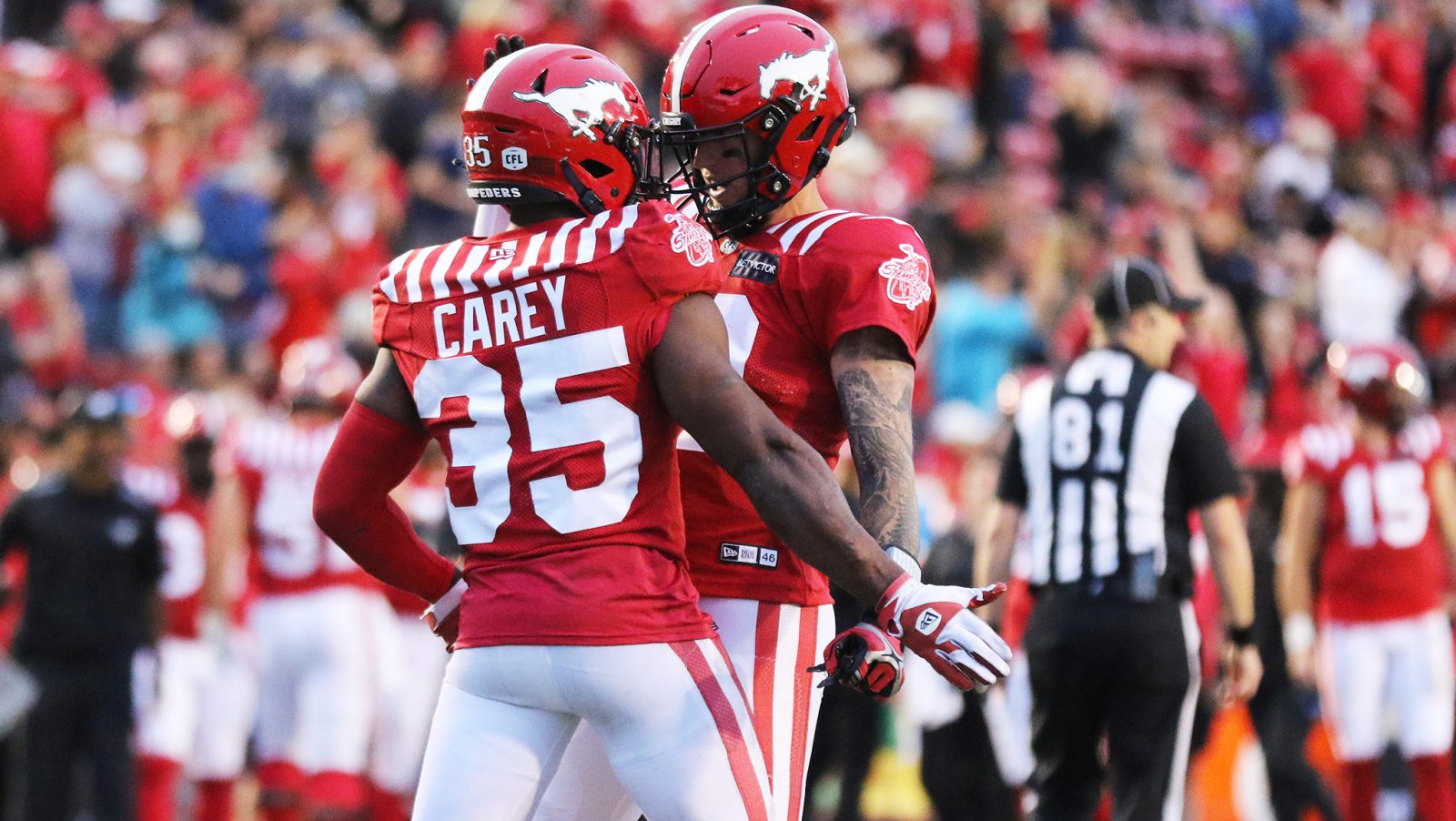 TORONTO —  In sports, things can change in an instant.

A team can be down and out, looking hopeless. It might last a quarter of a game, or a stretch of a few weeks. Sometimes it’s for a season or two. The beauty of sport is that there are no guarantees anything will stay the way that it presently is forever.

The Ottawa REDBLACKS can attest to that. It’s been a rough go for football fans in the nation’s capital. They were spoiled by the early success of the team upon its re-entry into the CFL, becoming a playoff team by its second year and a Grey Cup champion in 2016. The last two seasons have been an abrupt fall from grace, like a plane hitting an air pocket, with drinks, phones and laptops scattering where they once sat secured.

We don’t know with certainty that the turbulence is over in Ottawa, but there was something fascinating about the REDBLACKS team that we saw in Week 1. Jeremiah Masoli played with a freedom and confidence that we haven’t seen in an Ottawa QB in a long time. The REDBLACKS stared the bully of the CFL in the face and went punch for punch with them. Sure, they came up short in the end, but that performance was enough to sway half of the pick makers of this esteemed panel in Ottawa’s direction as they get set to host Winnipeg for a rematch on Friday night.

A REDBLACKS-Bombers meeting in 2021 would have been a definitive all-blue stripe on our picks board. Things change in an instant. Let’s see where that takes us this week. 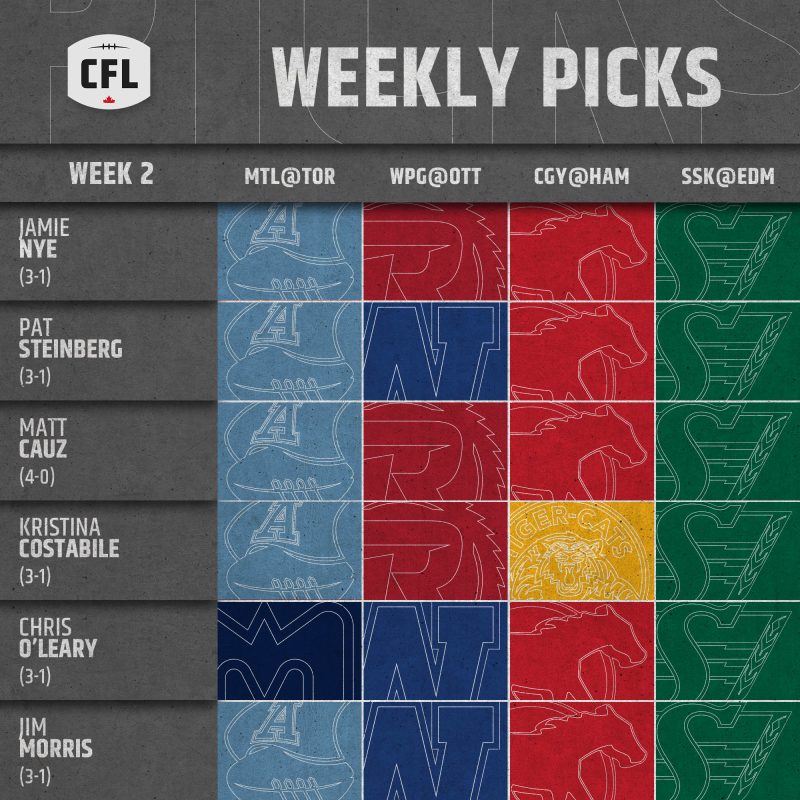 The Als will no doubt miss William Stanback, who moved to the six-game injured list with an ankle injury he picked up last week in Calgary. They do have some intriguing options at running back, though. Jeshrun Antwi was impressive when he stepped in for Stanback last week, taking seven carries for 98 yards. It may be too soon to look to the newly-acquired Walter Fletcher, but the Als are rolling with the significant punch they were dealt last week.

The majority of our writers sees the home trend continuing, with McLeod Bethel-Thompson and the Argos making good on a Week 1 bye that let them sit back and watch their competition.

We sang the praises of the high-energy REDBLACKS earlier, so let’s look at the Bombers, whose 4-3 road record last year is deceiving when you remember they rested key players through the final stretch of the season. As good as Ottawa’s offence looked and as fun as it was to watch, the Bombers’ defence loomed large all night, waiting for a game-changing play to be made. The interesting aspect of this rematch is that we’ll get to see which side adjusts the most effectively after spending a week re-examining the game film. Our writers are split on this one, but the REDBLACKS will have to be razor sharp to pull out a win against the two-time defending champs as they wrap up their home-and-home series.

The line play in this game will likely dictate the outcome, which our writers resoundingly see going Calgary’s way. The Ticats gave up far too many sacks (eight) in their loss to the Roughriders in Week 1. The Stamps got to Vernon Adams Jr. three times in their Week 1 win and will likely be salivating over the opportunities that they’ll see in Hamilton. They’ll also look to build on the second half showing they had, where they limited the Als’ to just three points to help fuel the team’s 10-point comeback win. After Monday’s session, Bo Levi Mitchell seems like he’s on track to suit up, after a charley horse pulled him out of the late stages of the game last week.

This one shouldn’t be a surprise at all. The Elks made about as bad a debut as a team can make in their blowout loss to the Lions. They head home, where an anxious fan base waits to see how they can rebound from such a flat start in all facets of the game. The Riders, meanwhile, come into Edmonton on the high of their Week 1 win over the Ticats. Cody Fajardo and his offensive counterparts found their stride in the fourth quarter last week, opening things up for a comfortable win at Mosaic Stadium. As it stands now, this seems like a good chance for the offence to build chemistry.