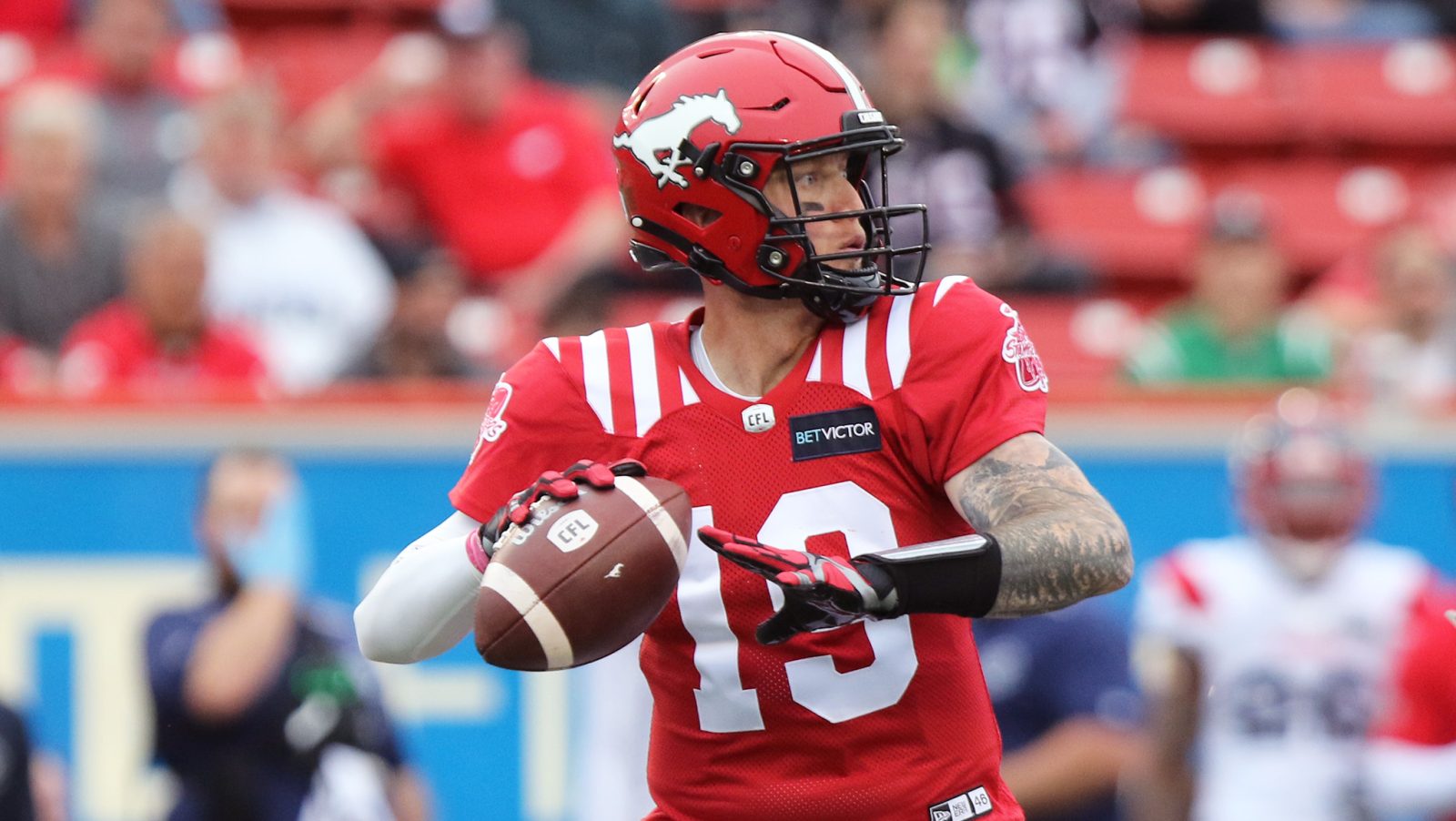 TORONTO — The CFL regular season is officially underway. After an exciting opening week of action across the league, Week 2 is back with plenty of storylines to follow along with before kickoff.

– After an impressive showing in their Week 1 win over the Edmonton Elks, a trio of BC Lions have been named the CFL’s Top Performers for Week 1 (CFL.ca).

-Lions’ receiver Keon Hatcher signed a contract extension with the team earlier in the week. Keeping him in Vancouver through the 2023 season (BCLions.com). 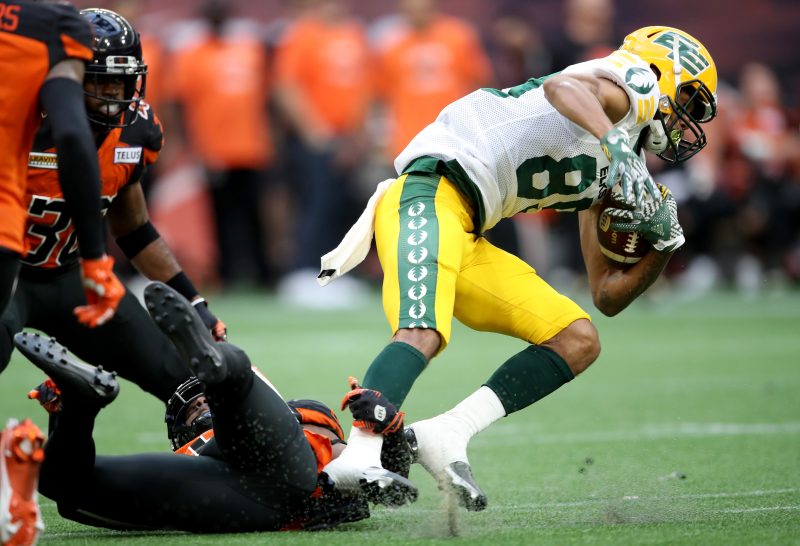 Kenny Lawler averaged 14.4 yard per catch on five receptions in his debut for the Edmonton Elks (The Canadian Press).

– The Edmonton Elks agreed to a trade with the Montreal Alouettes on Tuesday, sending running back Walter Fletcher to Montreal (CFL.ca).

– Ahead of their Week 2 matchup, the Edmonton Elks have made a few roster moves. Signing defensive back Ethan Makonzo, as well as Canadian quarterback Michael Beaudry (CFL.ca).

– Kenny Lawler saw plenty of targets in his debut as an Elk. This week’s CFL Fantasy Start vs Sit, gives reason to believe Lawler’s targets and deep-ball opportunities may see an increase entering Week 2 (CFL.ca). 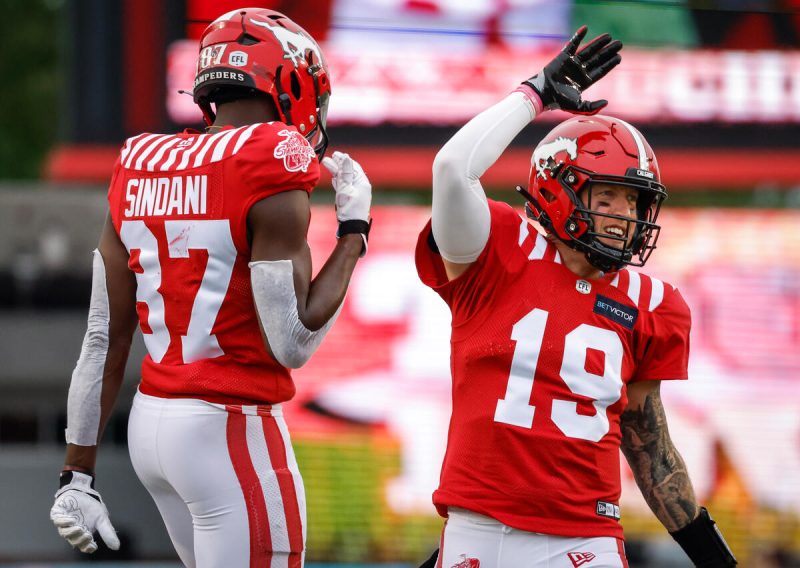 Bo Levi Mitchell completed 21 passes for 199 yards and a touchdown in the Calgary Stampeders’ Week 1 win over the Montreal Alouettes (The Canadian Press).

– 2022 fifth-overall pick, Jalen Philpot was a full participant in practice on Tuesday according to the team injury report. The rookie missed the season opener with an injury (CFL.ca).

–  The Stampeders added defensive depth during the week with the signing of defensive back Trumaine Washington (CFL.ca).

– A heart-warming story from Calgary; after a decade of fandom, Ken Childs was able to make the journey from Durham, NC to finally experience a game in Calgary for the first time (Stampeders.com).

– The Saskatchewan Roughriders moved up in this week’s CFL Power Rankings, finding themselves in the No. 2 spot ahead of their matchup with the Edmonton Elks on Saturday night (CFL.ca).

– Saskatchewan quarterback, Cody Fajardo remains positive after a 311-yard performance in Week 1. Addressing Riders media, Fajardo said his was encouraged by the fact that he had not yet reached his full potential (Riderville.com).

– Riders’ defensive linemen, Charbel Dabire was listed on the teams’ injury report ahead of their matchup against the Elks (CFL.ca).

–  With the CFL season kicked off,  tickets are now available for the 109th Grey Cup with the 2022 Grey Cup Festival taking place in Regina (GreyCupFestival.ca).

– The Winnipeg Blue Bombers are taking on the Ottawa REDBLACKS for the second time in as many weeks, only this time they will be the team on the road. There are plenty of storylines to follow ahead of Friday’s matchup (BlueBombers.com).

– Winnipeg came away with a win in Week 1, but as head coach Mike O’Shea tells Bombers media, he feels that his team is capable of playing to a much higher standard (BlueBombers.com).

– Quarterback Zach Collaros completed 18 passes for nearly 200 yards and a touchdown for Winnipeg in their season opener. CFL.ca’s Marshall Ferguson breaks down how Collaros helped lead the Bombers to a win in Week 1 (CFL.ca).

– After an impressive debut with his new team, Greg Ellingson enters Week 2 as a must start receiver for any CFL Fantasy player (CFL.ca).

– Speaking with Ticats media, Hamilton head coach Orlondo Steinauer said that he felt there was a good level of focus to his team in preparation for Week 2 (Ticats.ca).

– After a suffering a loss in their season opener, Ticats’ quarterback Dane Evans remains confident in his ability to learn from and move past the loss (CFL.ca).

– Hamilton veteran defensive back Cariel Brooks was listed on the team’s injury report for the second week, after missing the Week 1 matchup in Saskatchewan (CFL.ca). 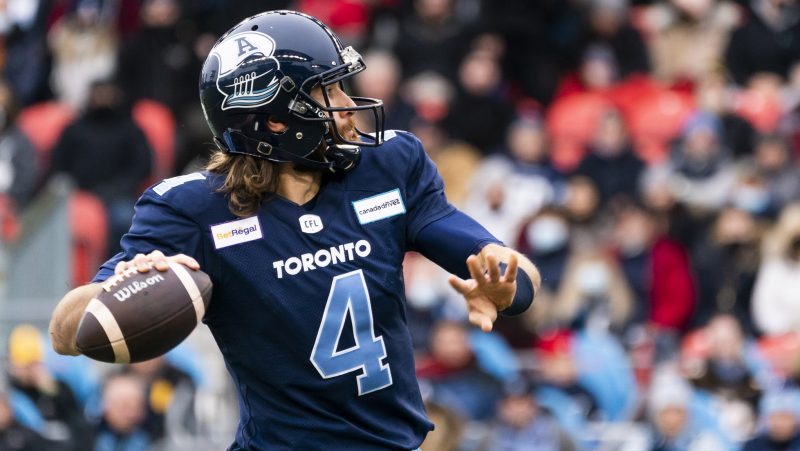 McLeod Bethel-Thompson passed for 2,303 yards and 12 touchdowns for the Toronto Argonauts in 2021 (CFL.ca).

– Ahead of their season opener against the Montreal Alouettes, Argonauts quarterback McLeod Bethel-Thompson talks about the pressures of football and life as a quarterback (CFL.ca).

– Receiver Eric Rogers and Juwan Brescacin will be unavailable for Toronto on Thursday, according to the team’s injury report. However, Earenst Edwards will be questionable as he prepares to make his debut as an Argonaut (CFL.ca).

– As the Argonauts get set to host fans for the first time in the 2022 season, there are plenty of new features at BMO Field to help enhance fan experience ahead of Thursday’s home opener (Argonauts.ca). 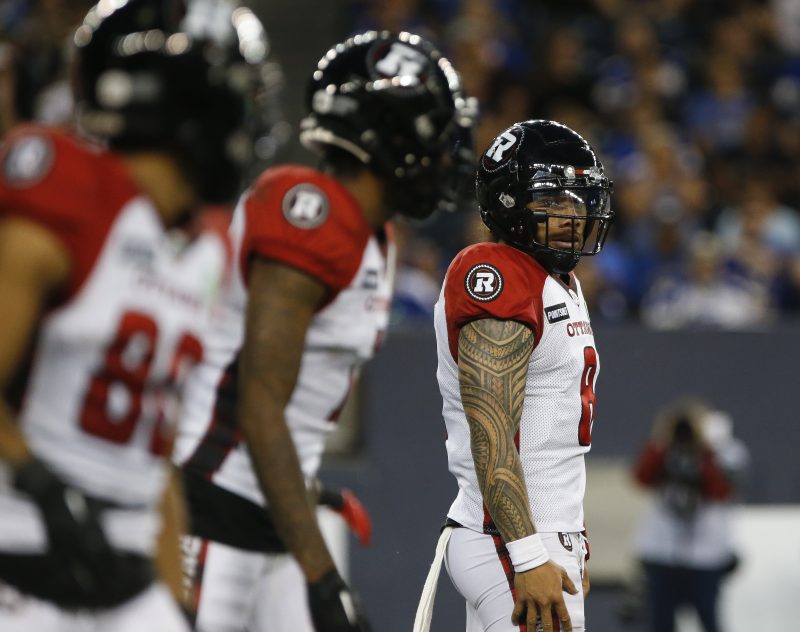 Jeremiah Masoli threw for 380 yards and a touchdown in his debut with the Ottawa REDBLACKS (The Canadian Press).

– The Ottawa REDBLACKS will host Winnipeg in the second game of a home-at-home in the second week of the season. As this week’s Weekly Predictor explains, this could prove to be a favorable matchup for Ottawa (CFL.ca).

– Approaching their Week 2 home opener, running back William Powell continues to deal with an achilles injury. He has been limited in practice per the team’s injury report and was forced to miss Week 1 (CFL.ca).

– As the REDBLACKS prepare for their first home game of the season, there is lots to be excited for if you plan being at TD Place on Friday night (OttawaREDBLACKS.com).

– Following an injury sustained in their Week 1 matchup against the Calgary Stampeders, the Alouettes have placed running back William Stanback on the six-game injured list (CFL.ca).

– A pair of Alouettes play-makers in Vernon Adams Jr. and Eugene Lewis showed of their athleticism as they leapt their way into the Week 1 Plays of the Week (CFL.ca).

– In a trade this week, the Alouettes added to their running back depth, acquiring Walter Fletcher from the Edmonton Elks (CFL.ca).

– With Jeshrun Antwi taking over ball carrying duties in Montreal, he has become a must add running back in this week’s CFL Fantasy Start vs Sit (CFL.ca).