From the Editor’s Desk: Ready for Week 2 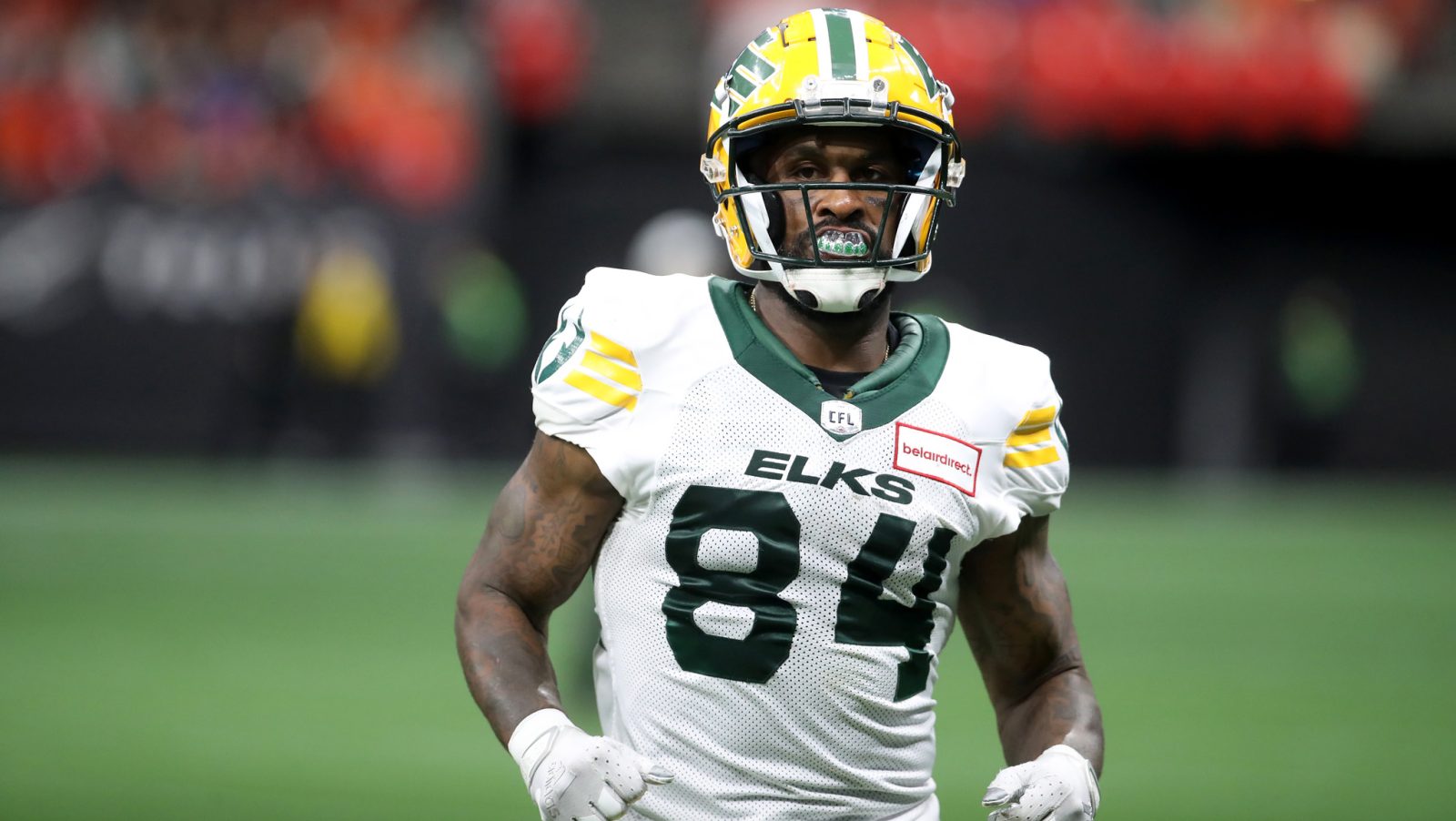 From the Editor’s Desk: Ready for Week 2

I don’t think we could have asked for a more exciting and fun opening week of football. We were treated to four excellent games that I hope set the tone for what’s going to be an awesome 2022 campaign.

The Lions came out of the gate and gave a great show to the packed house at BC Place scoring 59 points. Quarterback Nathan Rourke and running back James Butler were excellent (Rourke scored three touchdowns through the air and two on the ground while Butler scored four of his own majors) as was receiver Lucky Whitehead, who caught all six passes thrown his way for 110 yards. Plus, how about that pre-game concert from OneRepublic? So much fun. The Lions are back at BC Place next week, June 25, so get your tickets now!

I’d also like to shout out Vernon Adams Jr. and Eugene Lewis for their hurdles last Thursday night. I can’t decide if those were my favourite plays of the week or if it was Zach Collaros’ shovel pass. How about a three way tie?

Week 1 of CFL Fantasy was fun! I rolled the dice with Nathan Rourke and it paid off. The Canadian pivot threw for three touchdowns and 282 yards to go along with another two majors on the ground for a 43.1 point total night. Thank you, Nathan.

Brady Oliveira (6.6 points) didn’t have as much success running the rock as much as I had hoped – only 17 yards on 10 carries – but William Stanback (10.8 points) helped my team before his unfortunate injury.

My receivers had good outings as well with Steven Dunbar (15.5) Kian Schaffer-Baker (14.1 points) scoring a touchdown each and Kenny Lawler (12.2) hauling in five catches for 72 yards. 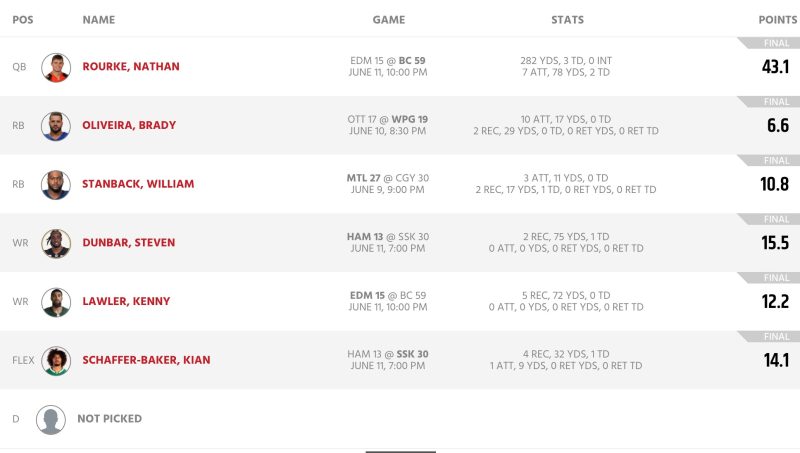 This week, I’m taking McLeod Bethel-Thompson ($9,441) at quarterback. Feels a liiiiiitle risky based on the fact that we haven’t seen him yet this season but I think MBT is going to have a good season-opening performance at BMO Field on Thursday night.

I’m also taking the pair of running backs in that game in Jeshrun Antwi ($4,500) and Andrew Harris ($10,931). I’ll start with Antwi. I don’t really love the matchup here – even though the Argos weren’t great against the run last year, I think the addition of Ja’Gared Davis on the D-line and Wynton McManis on the second level to play along side Henoc Muamba changes things – but for the $$, I couldn’t pass him up. Especially since I wanted to splurge on Harris. Calgary’s Ka’Deem Carey was able to make some plays and score twice last week against this Alouettes defence and if Andrew Harris does Andrew Harris things, I think he makes a splash in front of his new fans in Toronto. 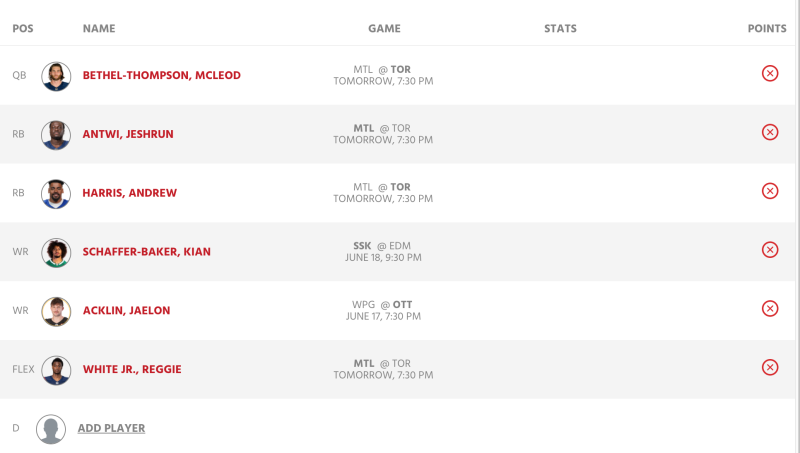 Well, I didn’t go 4-0 last week but I’ll take 3-1 any day. Hoping for a similar outcome this weekend. Here are my picks.

I know last year’s stats don’t matter in a new season but I don’t think it’s talked about enough that the Argonauts had the second-best regular season home record in the league in 2021 (6-1) just behind Winnipeg, who were a perfect 7-0. We’ll see if that home field advantage continues in 2022 as the Argonauts hit the field for the first time this year.

I realize that I said last week that I wasn’t going to pick against Winnipeg but hear me out. Ottawa kept it close with the defending champs and if they clean up a few things (and make sure Jaelon Acklin doesn’t drop a what was likely going to be a TD pass) I think they could have won that game.

Jeremiah Masoli was great in his REDBLACKS debut and the receivers he was throwing to made a ton of plays. Plus the O-line gave him time and space and I liked how the defence looked as well.

I’m the only CFL.ca writer who believes in the Tiger-Cats this week. Hamilton always plays well at home, and I’m sure the Ticats have worked on the issues protecting the quarterback they had last week to be ready for this one.

It was a tough outing for the Elks last week and I don’t expect this game to go the same way for them. That being said, Saskatchewan’s defence were great against the Tiger-Cats in their opening week contest as they got to the QB eight times. Plus, Cody Fajardo threw for over 300 yards and scored two touchdowns, one through the air and one on the ground.