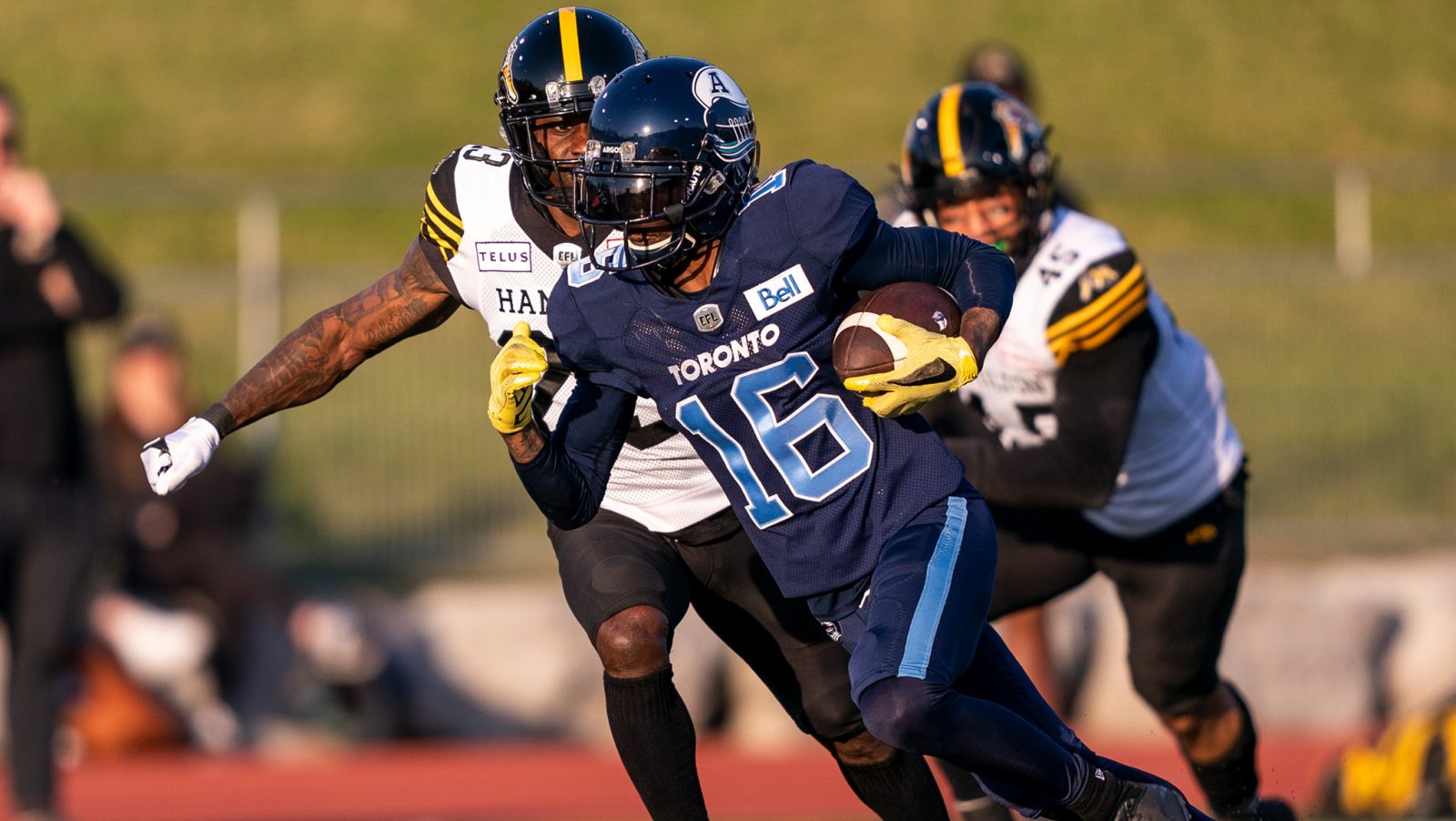 Earlier this week, Brandon Banks posted a picture on his Instagram story as he was walking back into the locker room after practice. It was a look at the CN Tower from the Exhibition Grounds in downtown Toronto. On Wednesday night, he shared a picture of the tower lit up in Toronto Argonauts’ blue, ahead of Thursday’s season opener at BMO Field, encouraging fans to come to the game.

Four months after swapping sides in one of the CFL’s greatest rivalries — and even with a pair of pre-season games under his belt now — it’s still off-putting to see Banks in the Double Blue.

“It’s weird. I’m going to be honest, it is weird but it is what it is. Every day, they make it more and more comfortable for me, I’m getting more more comfortable,” Banks said on Wednesday, ahead of making his official debut with the team against the Montreal Alouettes tonight.

“I don’t think it’s really going to hit me until I go to the visitors’ locker room at Tim Hortons Field and come out and I’m in Argos’ colours rather than black and yellow. That’s probably when it’ll really hit me.” 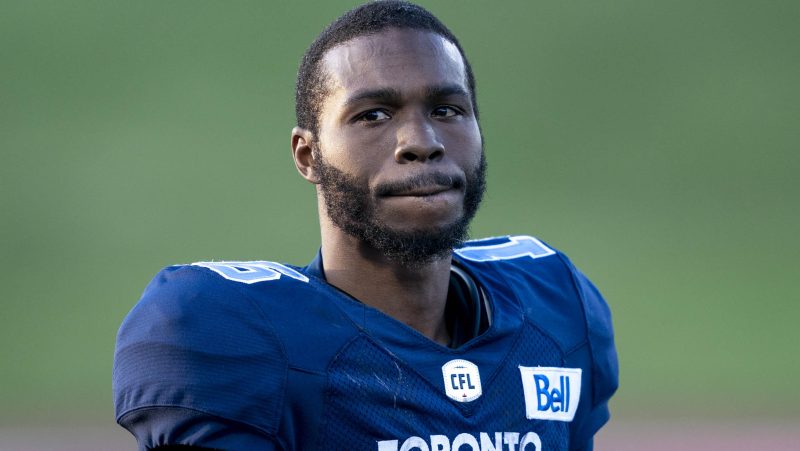 After eight years as a Tiger-Cat, Brandon Banks will make his regular-season debut with his once arch-rival Argos on Thursday night at BMO Field (Kevin Sousa/CFL.ca)

That, perhaps fortunately for Banks, is an August problem. The Argos and Tiger-Cats meet in a home-and-home series that starts in Toronto on Aug. 6 and moves to Hamilton on Aug. 12. That gives the 34-year-old, former eight-year Ticat and 2019 MOP a long stretch to settle in and establish himself with the Argos.

“Just be a great teammate and be available when your number’s called,” Argos head coach Ryan Dinwiddie said of Banks’ role this season.

“I want to…give him some returns from time to time. I know he’s been a focal point of the offence for years (in Hamilton). Well, now he’s a little bit older, but we have younger guys, we have older guys, we have a good combination. There’s so many good players and you’re not going to get all the touches that you want. When his number’s called he just needs to be Speedy Banks and we’ll be fine.”

Banks has no problem with that. His age came up a few times in his chat with reporters on Wednesday. He sounded like he was in disbelief when he was told that a younger player listed him as a role model. Still, with all of the accolades attached to his name — along with that 2019 MOP he’s a four-time CFL all-star and a six-time East Division all-star — the Grey Cup has eluded him. After coming up short in the championship game the last two seasons, all Banks wants is to cross that finish line this year.

“A Grey Cup,” was his simple answer to what makes this year a successful one for him.

“I don’t have nothing to prove personally, I just want to win a Grey Cup. This team was pretty much in the right position last year. I think they shot themselves in the foot. So I just want to be here to kind of get them over the hump, just contribute as much as I can and try to get back to the big dance and have an opportunity to play for the Grey Cup.”

Argos’ quarterback McLeod Bethel-Thompson said Banks showed up to camp and was himself and that was all that was needed for him to fit in with his former rival.

“But he just he just worked his butt off and fit in and was authentically himself and was a football player through and through. It’s been awesome. It’s been a great to get to know him and I hope we continue to build chemistry throughout the whole year.”

Banks makes his Argos debut on Thursday night and on Friday, he’ll take one last step toward becoming an Argonaut. He’ll be moving to Etobicoke, after living in Grimsby, just outside of Hamilton for the past three years.

His coach is just happy to have him in his colours, after years of going against him.

“I’ve had so many games against him and been on the opposite (side of it),” Dinwiddie said. “When I was in Montreal he had the big return against us in 2014 (in the Eastern Final) and last year he made some big plays against us. It’s just nice to have him on our side.”