Landry: Elks, Riders have something to prove in Week 2 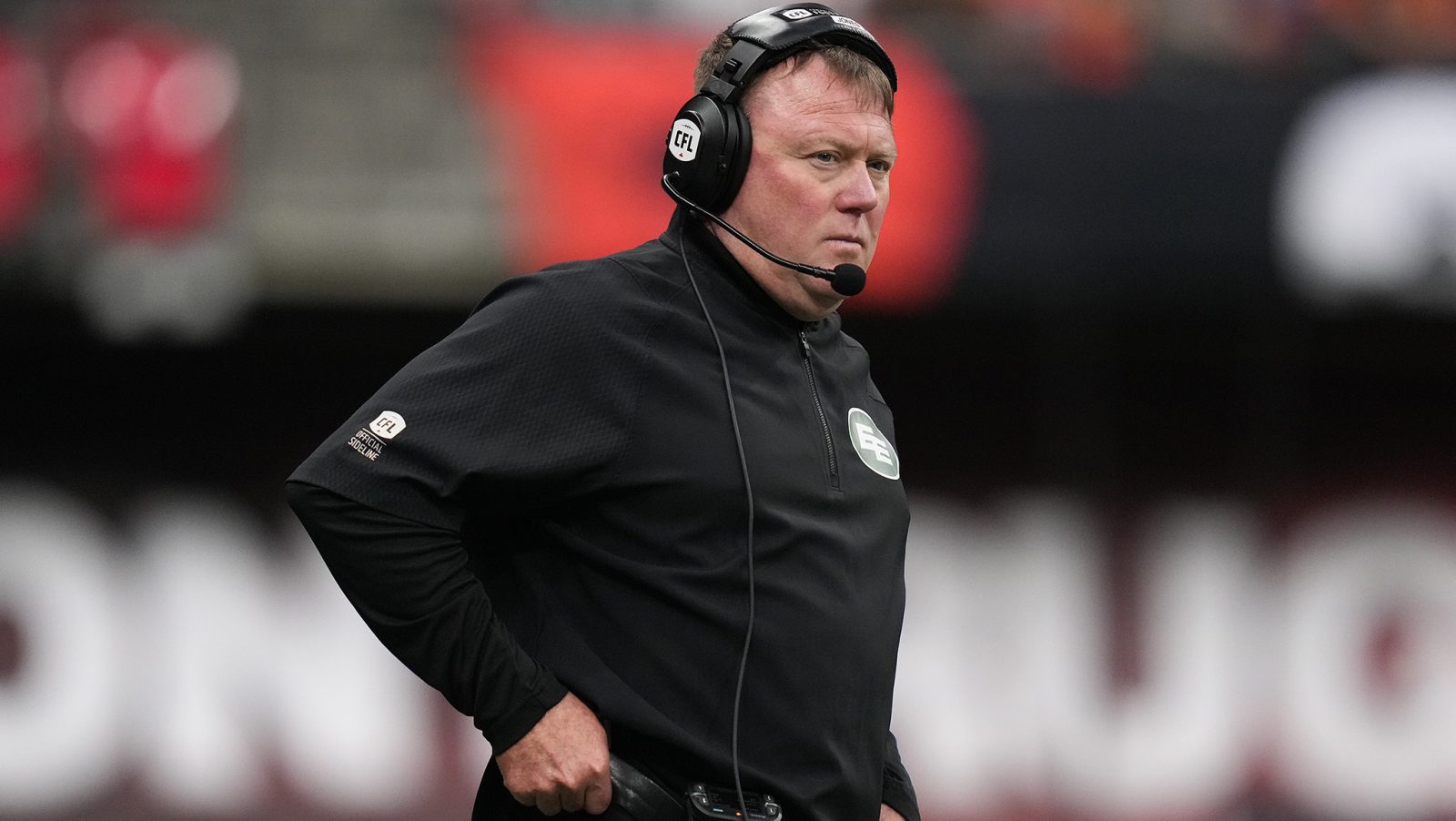 Landry: Elks, Riders have something to prove in Week 2

The pre-game storylines swirl. The sub-plots are everywhere. Like any intriguing match-up, Saturday night’s game between the visiting Saskatchewan Roughriders and the Edmonton Elks has its share of dramatic undercurrents present.

There’s Saskatchewan quarterback Cody Fajardo, taking on a team headed up by a man who, during the off-season, doubted Fajardo’s status as an elite passer.

That same man, Elks’ general manager and head coach Chris Jones, will knock heads with a former student of his, Jason Shivers, the defensive coordinator of the Roughriders who is — based on Week 1 anyway — doing a heck of a job. There are possible personal grudge ripples to be found in this game for sure, as is usually the case.

But there is a riptide that dominates all the others when you get right down to it and it can be found in a battle between a defence that got humbled (to say the least) and an offence that wants and needs to prove that it has found the “on” switch during a second half renaissance during a Week 1 win.

RELATED
» Elks, Riders Injury Reports: Stay up to date
» From the Editor’s Desk: Ready for Week 2
» Power Rankings: A shakeup out of the gate
» Buy Tickets: Riders at Elks

When the Elks play host to the ‘Riders at Commonwealth Stadium, an Edmonton defence that allowed 469 total yards and eight touchdowns will defend home turf, one week after a 59-15 loss in Vancouver. And they’ll do it against an offence that might have, just maybe, found out how to finally loosen the stubborn lid that had been capped so tightly on its ability to marshal the big passing play when needed.

That’s a match-up with some drama. Can the Elks’ defence, with one of the finest scheming minds the CFL has seen over the last two decades at the helm, rebound with an effort that will allow them to put Week 1 fully, completely behind them? Can the Roughriders’ offence keep its new-found passing momentum up after finding the range in a 30-13 win over Hamilton?

“We didn’t play any defence whatsoever,” was Jones’ summary of the Saturday night loss his team took at the paws of the Lions. “We couldn’t tackle,” he told CHED radio. “We couldn’t line up, we didn’t man cover, we didn’t pressure, we didn’t peel on the back. There were so many errors.”

Indeed, the Elks seemed to offer little resistance against quarterback Nathan Rourke, running back James Butler and the rest of the Leos, right from the get-go. The numbers were agonizing, including the 187 rushing yards given up (108 for Butler alone) and the 89.8 per cent completion rate Rourke amassed in going 26-for-29 and throwing three touchdown passes.

I know we don’t all fully understand the nuanced mysteries of the quarterback efficiency rating but we all know that when I report to you that Rourke’s number was 151.8, that is very close to making its way completely off the charts.

If Jones was outwardly livid about the effort, he did a fairly disciplined job of gritting his teeth and keeping most of his anger under wraps. Whatever his means and his message to his team was, it ought to be a different kind of Edmonton defence on Saturday night. Right?

“I know we’ve got a chance based off of the attitude of the players,” said Jones after watching his defence practice this week.

Which brings us to the Roughriders’ offence, a unit that doesn’t really want anything to change all that much, at least when you go by its second half performance against a pretty good Hamilton defence, and a well-respected secondary in particular.

Fajardo finally found his connections in the second half, piling up 244 passing yards in that 30 minutes alone. Completing seven passes of more than 20 yards, including one of 41 yards and another of 33.

After a 2021 season — in which the Saskatchewan offence finished second-last in the CFL in the category of big passing plays — that second-half explosion was a much needed canteen full of of cool, clean water. But it will only mean much of it is a harbinger of things to come and not an outlier.

Saskatchewan’s challenge is to pile another few building blocks on top of last week’s breakout efforts, and to do so against a team that must be better than it showed in its first game.

“We need to understand that they’re going to come out with more energy, with something to prove, a little chip on their shoulder,” said Saskatchewan head coach Craig Dickenson, this week. “Hopefully we can match it and play one of our better games.”

The Elks might find some solace in the fact that the Roughriders had 75 yards rushing against Hamilton in Week 1 and that Fajardo had 42 of those yards, mostly on scramble plays. Saskatchewan running back Jamal Morrow had just 9 carries on the night for 14 yards. So, one might suggest that the Elks have an opportunity for success against the ground game this week, based on those stats.

But one week of data is a pretty thin slice of ham, so conclusions are tough to draw right now. I mean, the Roughriders could just as easily take a look at Week 1 stats and see an opponent that gave up a chunk of yardage to ground game and think, ‘Well, now’s the time that we get Morrow started.’

That’s just another one of those dramatic waves lapping up against the shore of Saturday night’s game, one which pits a defence with a lot to prove against an offence that hopes it is, in fact, what it ought to be.