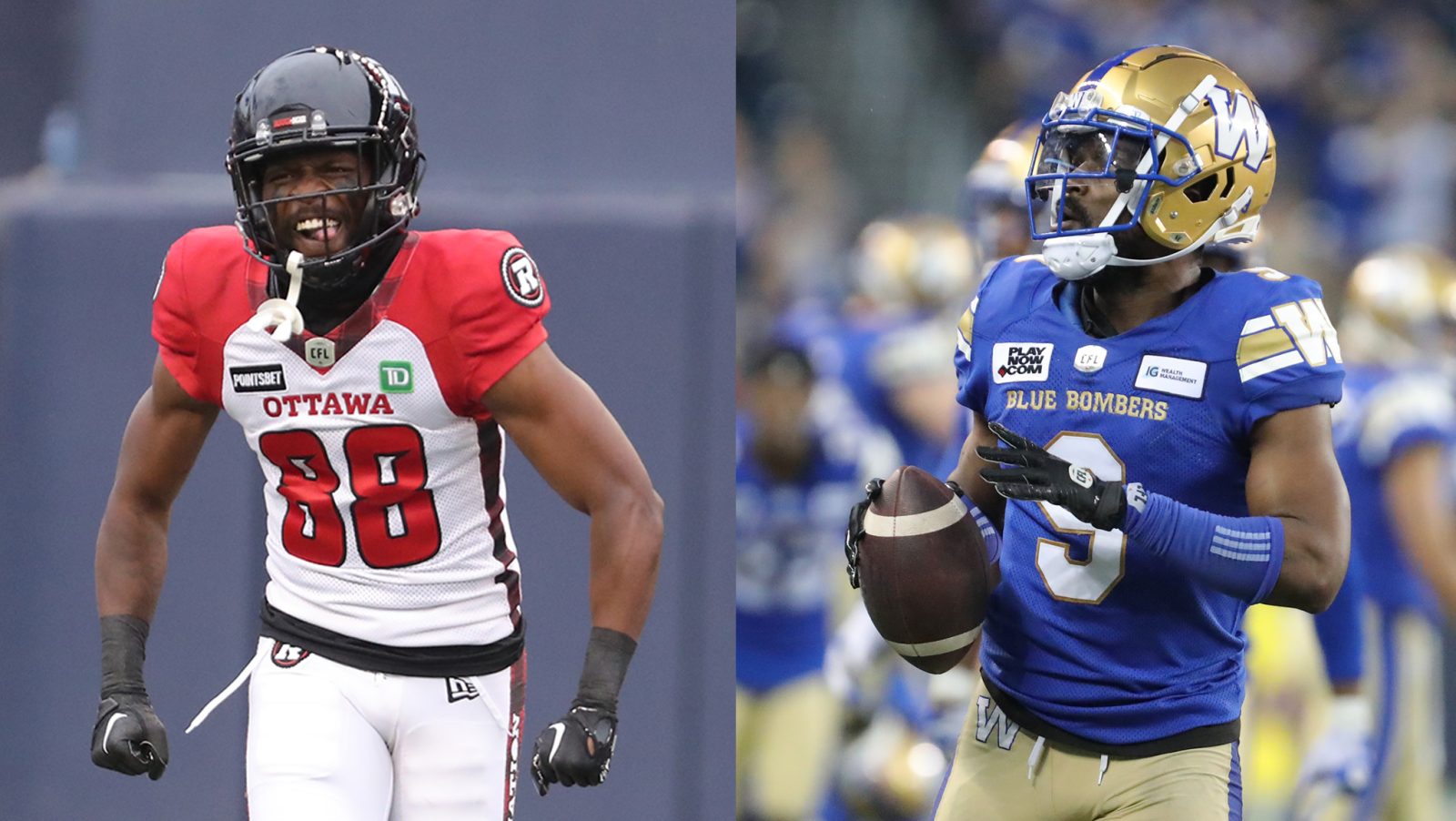 OTTAWA — It took a late field goal for the Winnipeg Blue Bombers to secure a 19-17 victory over the Ottawa REDBLACKS in Week 1.

If that wasn’t exciting enough, they’ll do it all over again on Friday night in the nation’s capital.

The REDBLACKS gave the defending champions all they could handle, before a nine point fourth quarter from the Bombers sealed the game.

Jeremiah Masoli looked more than comfortable in his REDBLACKS debut, completing 24 passes for 380 yards and a touchdown, including two completions of over 50-yards.

Despite the performance from Masoli, finding the end zone in the second half proved difficult for Ottawa. The lone touchdown pass was Ottawa’s only major against a stout Bombers defence.

Now with a game under their belt and a brand new week of preparation, the REDBLACKS will look to shift the tides as they get set to host the Bombers for their Week 2 matchup.

They’ll be asking for another big performance from wide receiver Jaelon Acklin. Acklin was Masoli’s top target, as the two former Hamilton teammates connected on six passes for 143 yards in the opener.

Darvin Adams also made his presence felt in his debut with the REDBLACKS. The former Winnipeg Blue Bomber was targeted a team-high nine times in the game, catching seven passes for 71 yards. Masoli will surely look for Acklin and Adams to make plays in the passing game on Friday night.

Devonte Williams was called on to be the lead back for Ottawa in Week 1. Williams saw nine touches and rushed for 33 yards against the Bombers. According to the team’s injury report, the REDBLACKS will be without running back William Powell for a second week. Meaning Ottawa will once again be turning to Williams when putting the ball on the ground.

Special teams has proved to be crucial for the REDBLACKS, more specifically, the kicking game. Lewis Ward made all three of his attempted field goals, including a long of 43-yards, to help keep his team in the game last week.

Ward has a career accuracy of 90.1 per cent and made 17 field goals of 30 yards or longer in 2021. The ability to score from a distance provides the Ottawa offence with a sense of consistency that will certainly be leaned on in the Week 2 rematch.

The REDBLACKS defence will need to find a way to slow the Blue Bombers receiving corps of Greg Ellingson, Dalton Shoen, Rasheed Bailey and Nic Demski. The four receivers combined for 210 yards and each saw a minimum of five targets in the Week 1 win.

The REDBLACKS’ secondary will be without defensive back, Justin Howell for their Week 2 matchup. According to the team’s depth chart, Alonzo Addae is set to make his first career start in place of Howell. The Canadian rookie was the team’s second-round pick in the 2021 CFL draft.

It’s hard to win back-to-back Grey Cups without having a sense of confidence in your team’s depth. Winnipeg put that theory to the test, using all three of their quarterbacks in Week 1’s season opener. And all three of the Bombers’ quarterbacks contributed in the win against Ottawa.

Reigning Most Outstanding Player, Zach Collaros carried the load, completing 18 passes for 188 yards and a touchdown.

After Collaros exited the game with an injury late in the fourth quarter, Dru Brown stepped up to lead the game winning drive. Brown completed three passes for 51 yards, including a 21 yard connection with Ellingson to set up the game winning field-goal.

Dakota Prukop handled the majority of Winnipeg’s short-yardage snaps. Managing a goal line score to push the lead for the Bombers in the fourth quarter. However,  the team has listed Joe Mancuso as their third quarter on the depth chart for this week.

In a game where getting to Masoli proved to be difficult for the Bombers, rookie defensive back, Donald Rutledge Jr. was able to create disruption in multiple ways. His CFL debut featured five defensive tackles, a special teams tackle and a sack.

After getting his first taste of CFL action, Rutledge’s goal is to continue building on an impressive debut.

“I’m putting the work in to continue to get better and continue to learn,” Rutledge told bluebombers.com. “I’m excited to get up and work every day. I have a great group around me and they trust me, so I’m excited.”

“I remember saying, ‘Man, I can’t wait to say I played 50 games in this league.’ I played my 50th game in 2017 and my wife made me a cake,” Hardrick told bluebombers.com this week. “We joked then that if I make it to 100 it would be a big deal. It just feels great. I know a lot of guys have done more, but for me it’s big.”

The start of the 2022 season marks Hardrick’s eighth year in the league. He has spent his past six season with the Blue and Gold appearing in 79 games.

As the REDBLACKS and Bombers get set for a rematch on Friday night, there will certainly be no shortage of storylines to follow. Kickoff is set for 7:30p.m. ET at TD Place.

The game can be seen on TSN, RDS, ESPN2 and can be followed along on CFL.ca’s Game Tracker.