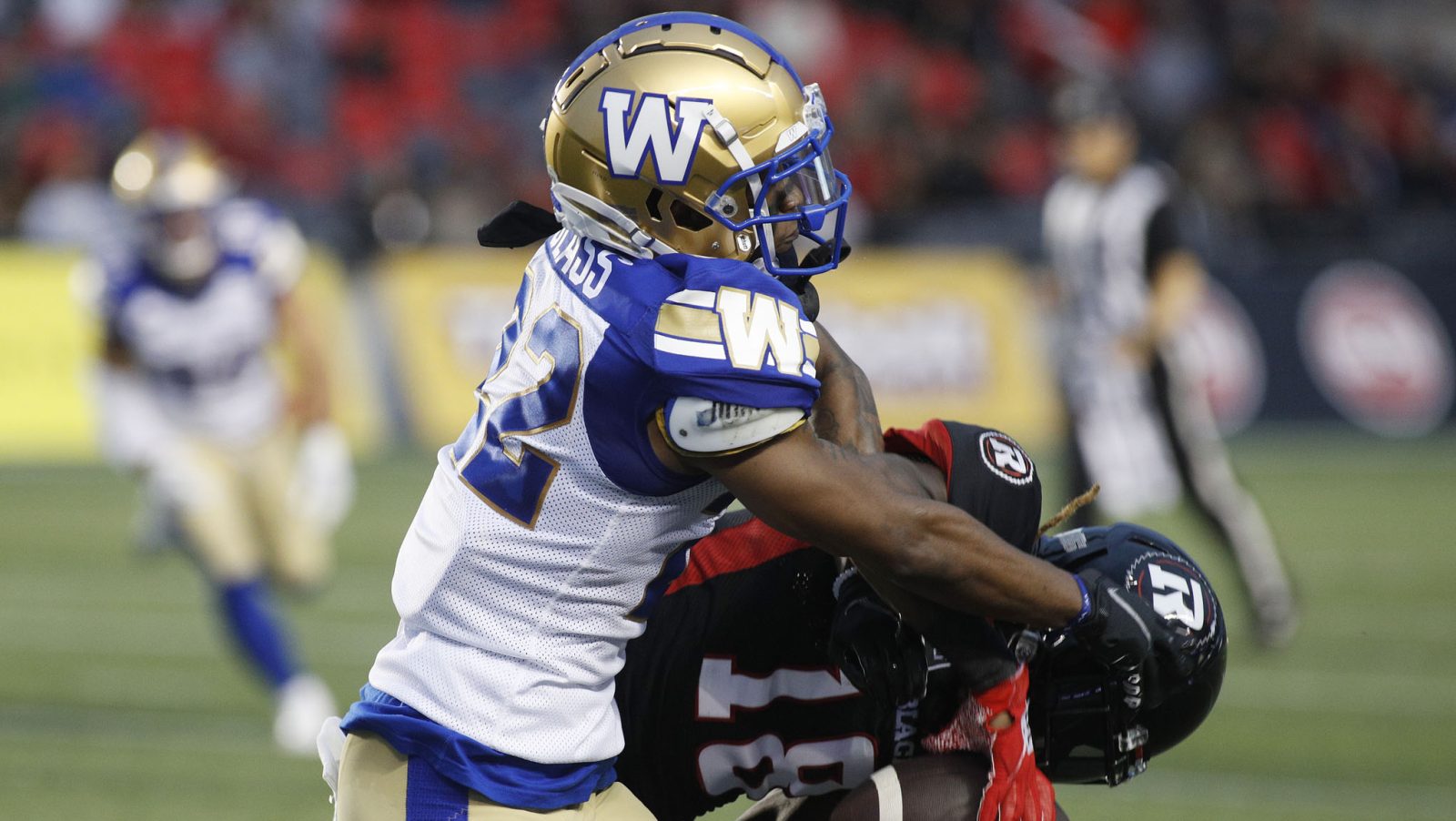 OTTAWA — Jackson Jeffcoat was gracious in victory on Friday night.

The Winnipeg Blue Bombers’ defensive lineman has had plenty of practice at it to get to that point.

Jeffcoat had a pair of tackles and a key forced fumble in the Bombers’ 19-12 win over the Ottawa REDBLACKS on Friday night, playing a key part in helping his club endure another 300-plus-yard passing night from Jeremiah Masoli.

For all of the fireworks that Masoli attempted to light in his TD Place debut, Jeffcoat and the REDBLACKS seemed to work in unison with the rain that sporadically fell throughout the night, dousing any hopes of a home-and-home split.

RELATED
» Box Score: REDBLACKS, Bombers by the numbers
» Through the Lens: Bombers at REDBLACKS
» Watch: Bombers extend the lead with late TD strike
» Game Recap: Bombers clamp down on REDBLACKS in road win

“It was great to get a team win. Hats off to Ottawa, it was hard fought. They’ve got a great team and we had to really earn it,” Jeffcoat told TSN’s Claire Hanna moments after the game had ended.

It was Bombers’ cornerback Deitrick Nichols depriving his former teammate, Darvin Adams of a touchdown in the third quarter; it was Jeffcoat punching a wet and slippery ball away from Masoli in the fourth quarter, eventually forcing a turnover on downs. It was a 12-man effort and the ultimate testament of that old football expression about bending but not breaking.

Zach Collaros and the Bombers’ offence sputtered through points in the night, but clicked when they needed to. After Jeffcoat’s forced turnover, Collaros led a clock-milking drive that was capped with a touchdown pass to receiver Dalton Schoen that put the game out of reach for the REDBLACKS.

“It was big, we needed to get something going so our offence could get out there and run the clock on them,” Jeffcoat said. “It was big for us.”

While fans have grown used to seeing the Bombers’ defence dominate and at times lead the charge for those wins that have been so plentiful the last few seasons, Jeffcoat doesn’t feel that the defence is at that level yet.