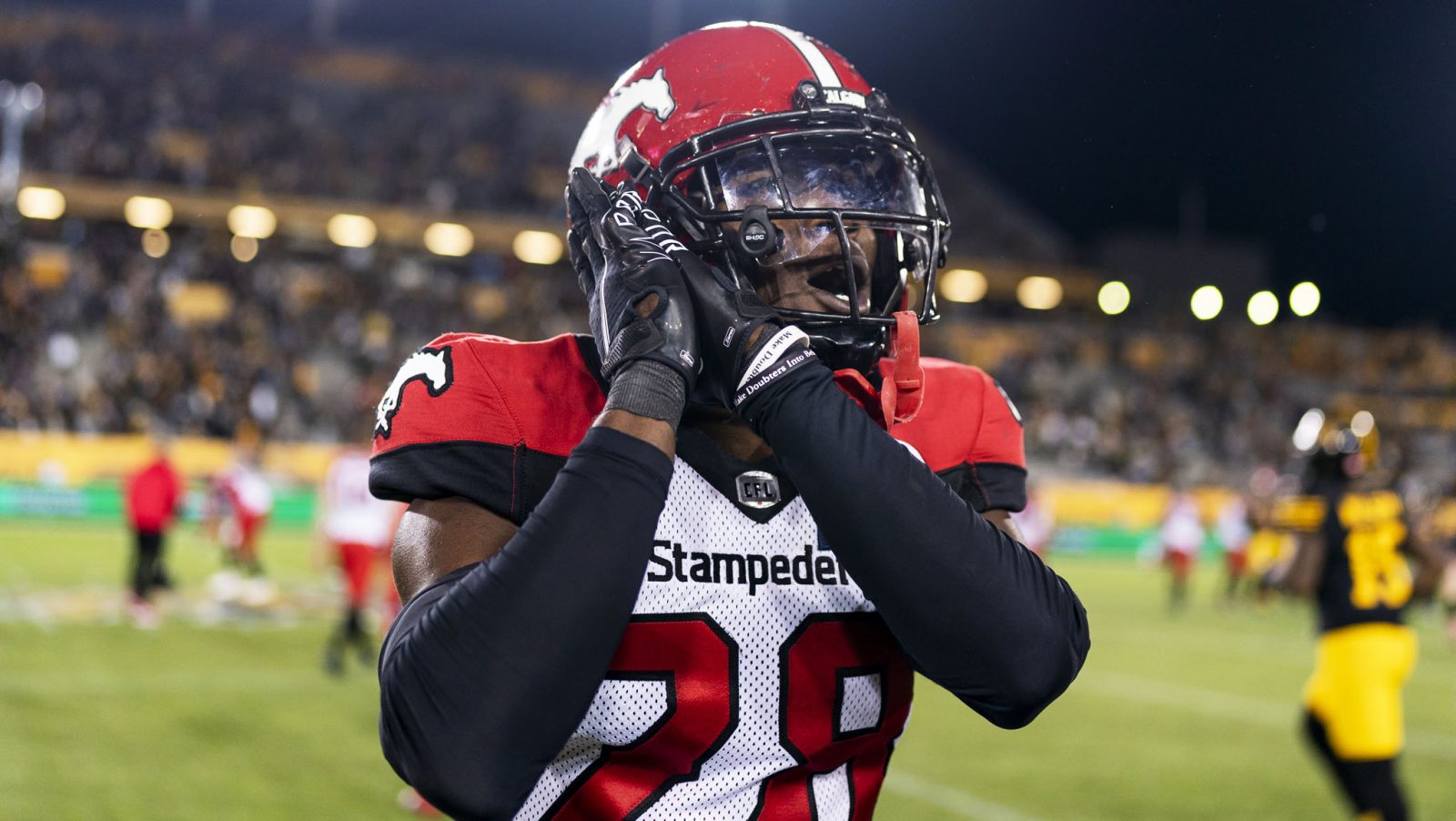 TORONTO — The Calgary Stampeders were down. We perhaps counted them out. It looked bleak.

And that was just in last week’s edition of the power rankings.

The Stamps’ incredible comeback and overtime win against the Hamilton Tiger-Cats on Saturday was an instant classic and provides possible turning points in each teams’ seasons, just two weeks into play. The Stamps’ win predictably launches them up this week’s power rankings and with the Ticats sitting at 0-2 and possibly still wondering how what happened on Saturday happened, they’ve taken an equal tumble in the rankings.

Looking back to last week’s rankings, the Stamps were a victim of the Lions’ resounding Week 1 success and the allure of the REDBLACKS’ offence doling out over 400 yards of offence against the Blue Bombers’ defence. A 1-0 team doesn’t often fall in the rankings, but the Stamps gave us every reason for them to make up that ground this week.

As the Winnipeg Blue Bombers moved to 2-0 they held on to the top spot in the rankings, even if in the early days of this campaign they aren’t exactly as dominant as they were through 2021.

Check below to find out where your team stands this week.

The Bombers’ defence withstood its second big performance from Jeremiah Masoli and looked a little more like the group we saw last season, keeping that high-octane offence out of the end zone all night. On offence, Greg Ellingson is settling in as Zach Collaros‘ top target, with 145 yards and a pair of touchdowns through two games. We knew the run game would look different this year but the Bombers’ two-headed (four-legged?) monster of Brady Oliveira and Johnny Augustine combined for 91 yards, with Nic Demski throwing in 21 yards of his own.

If you went into Saturday’s game expecting the Riders to lay an other-worldly trouncing on the Elks like they received in Week 1 from BC, your expectations were too high. For the most part, the Riders controlled the game in Edmonton against an Elks team that was determined to end its home losing streak. Shaq Evans (81 yards) and Mitchell Picton (one touchdown to put the game out reach) stepped up in the absence of the injured Duke Williams and Jamal Morrow‘s 126-yard, one-TD rushing performance showed the Riders have a presence on the ground. The next challenge: making due without injured centre Dan Clark. Also: discipline.

The Argos were lucky to escape with the win in their season opener, but they ultimately protected the home field they played so well on last year. Andrew Harris and Brandon Banks made their presence felt with their new team, helping pack some punch into the Argos’ offence. This week’s trip to Vancouver will be an interesting one for the Boatmen, as they’ll try to solve Nathan Rourke and what was a very potent BC Lions’ offence in its Week 1 debut.

The lasting image from the early runaway contender for game of the year is Bo Levi Mitchell racing over to the TSN panel in the end zone at Tim Hortons Field to let them know how fired up he was. Mitchell’s a been there, done that quarterback in this league and his reaction to that win was telling. It was one that answered questions about him and his team. Time will tell, but that felt like a statement from the Stampeders, who may have needed a little convincing themselves that they can still be the team we’ve come to know over the last decade-plus.

The general rule is that teams on a bye week don’t move up or down in the rankings. Given how well BC played in its Week 1 decimation of the Elks and the fact that they’re now the divide between the CFL’s haves and have nots in the win column, they get to move up a spot this week. What will the Lions do to follow up that Week 1 win? Tempering expectations is a must this week for Lions fans and those that want to see Rourke thrive in the CFL.

After two games, we know that this isn’t the same Ottawa REDBLACKS team we’ve seen over the past two seasons, even if the initial outcome is similar. This will be a fun group to watch and now that they’ve got the two-time defending Grey Cup champions off of the regular season schedule, we can start to get a sense of where this team will go. But first, we wait. The REDBLACKS have a bye this week, leaving us to look back on Nate Behar‘s 91-yard showing and Devonte Williams‘ 85-yard rushing game from Friday, where he served as the only listed running back on the team’s depth chart.

As much as we’ve talked about what the Stamps’ win could do for them, the Tiger-Cats are at an early-season crossroad in the wake of their loss on Saturday. This kind of game, this early in the season, won’t sink the Ticats. It can serve as a lesson for how to close out an opponent. Fully realizing how crazy this sounds but: Twenty-one-point lead squandering aside, the Ticats had 499 yards of offence and only gave up one sack, a week after letting their quarterbacks be taken down eight times in Saskatchewan. Their response to this loss will be telling, but we think they’ll climb back up these rankings in the coming weeks.

Two games into the season, feeling the sting from a pair of close losses, the Alouettes have already taken a look at Trevor Harris at quarterback. We’ll see this week how that move plays out in terms of who starts in Week 3, when the Saskatchewan Roughriders visit Percival Molson Stadium. Toggling between starting quarterbacks this early could be a test of the locker room and of each pivot’s ability to work through uncertainty. That’s something that a made David Cote field goal may not have changed, as much as the Als would have appreciated the win in Toronto.

The Elks aren’t chasing moral victories, but there were at least some glimmers of what this team would like to be in its 10-point loss to the Riders. We saw a full game from Nick Arbuckle, a big night from Kenny Lawler and the Elks’ defence looked more like what a Chris Jones defence aspires to be. It won’t get any easier for the Elks, as they head into Calgary for a rare pre-Labour Day meeting with the Stampeders and a fan base that will have plenty of anti-Edmonton sentiment leftover after the Oilers eliminated the Flames from the playoffs a few weeks back.