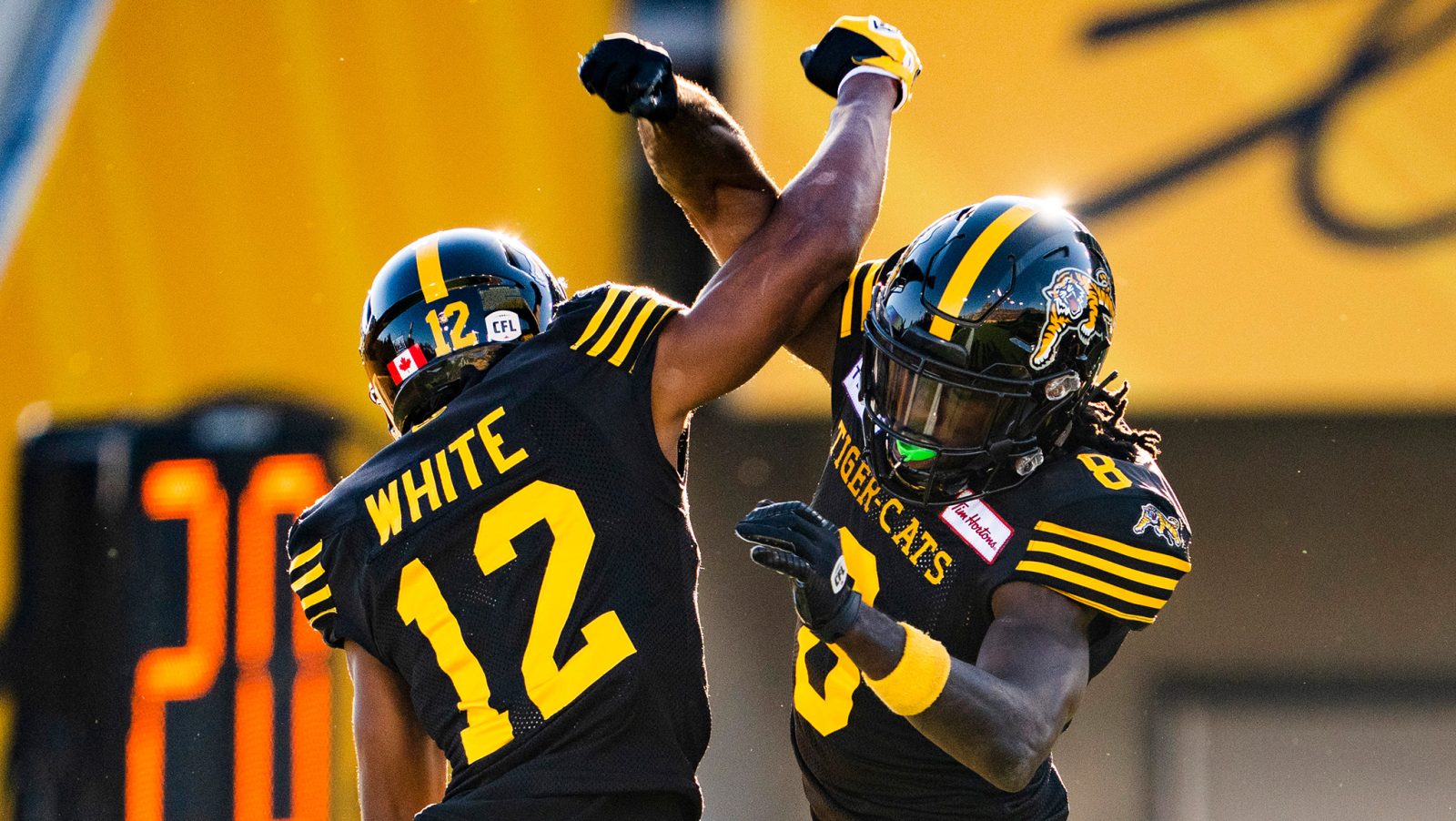 Epic comebacks, mayhem at the pivot spot, we may already know who the All-CFL receivers are and we’re just two weeks into the season! Give us more, please!

Week 3 of CFL fantasy football is set up to provide fan with even more, with visions of stacking Lions players or wondering how good Bo Levi Mitchell and the Stampeders receiving corps can be.

Scoring in Week 2, from a fantasy perspective, wasn’t as abundant when compared to Week 1. Not to worry though, high scores should be the overlying theme for Week 3 by this time next week.

If you’re not starting Jamal Morrow ($6,703) these days, you certainly should be. Morrow is off to a blistering start, yet Evans is under the radar. He’s averaged just over 13 fantasy points in each of the first two games with room for improvement.

Evans has caught just nine of his 18 targets, yet as long as Cody Fajardo ($11,914) continues to make him the focal point of the Riders’ passing attack, the numbers strongly suggest a breakout performance is coming.

The Alouettes’ defence has allowed 525 yards and two touchdowns to opposing passing attacks through the first two weeks of the season.  There will be opportunity to make plays downfield and you’ll want Evans in your lineup to reap the benefits.

Vernon Adams ($12,557) was replaced by Trevor Harris ($9,000) in the second quarter of Week 2. Harris put up good numbers, passing for 270 yards with 18 completions. However, the Als couldn’t find the end zone with the passing game in their Week 2 loss to Toronto.

Montreal is averaging 5.2 yards per play from scrimmage and are just 18 of 45 on second down conversions and much like with the running back position, a committee approach at quarterback is something fantasy players should avoid.

If you’re deciding on a Hamilton receiver, save some of your salary and play Tim White over Bralon Addison ($11, 348). White is third in the league with 73 yards after the catch and is fourth with 18 targets in the first two games.

Addison is second only to Kenny Lawler ($10,079) with 22 targets, yet White has shown to be more of a downfield threat while Addison is mostly targeted in the 0-9 yard range. Nothing wrong with the short and safe stuff, but in fantasy, you want your yards in big slices, and White has the tools to give you that.

Winnipeg has allowed five passes of at least 30 yards in its two games with Ottawa, and one has to think Dane Evans ($8,011) and the Ticats offence are taking notes. Hamilton had four completions of at least 29 yards in the Week 2 loss to Calgary, with White pulling in a 38-yard major as part of Evans’ 425-yard outing. The Bombers have bent against the waves of big plays. However, there’s every chance White can break them on Friday.

Yes, it’s only two games, yet Oliveira has more fantasy points receiving (10.6) than rushing (6.5). That’s not how the trains are supposed to run in a Winnipeg offence averaging a modest 82.5 yards per game on the ground.

Then, there is always the potential that Winnipeg decides to give Johnny Augustine ($4,340) a closer look. Hamilton has allowed just 70.5 yards per game on the ground thus far, so while they might be winless, the Ticats have been rugged against the run. That said, everything points to finding someone besides Oliveira to generate production from your running back spots.

Kenny in the morning, Kenny in the evening, Kenny at suppertime., Nick Arbuckle ($7,903) seems to be pretty good at throwing in the direction of Kenny Lawler, who had 17 targets in Week 2 and leads the league with 23 targets.

Calgary has yielded a league-high 337.5 passing yards per game while tying Edmonton with a league-high four passing majors. Meaning there should be plenty of opportunity for another big performance from the Edmonton wideout.

Lawler generated 32.9 fantasy points in the Week 2 loss to Saskatchewan, and while you wouldn’t bet on him duplicating that, a 17-20 point total this week is well within range, so long as Arkbuckle knows where No. 89 is running his route.

James Wilder Jr’s. fantasy production has seen a slight decline to start the 2022 season. The Elks are averaging just 4.1 yards per carry and have just one run of longer than 10 yards.

Wilder did get 8.8 fantasy points in Week 2, so there’s hope that he can be a modest fantasy option if he can be involved in the passing game. We all know what Wilder is capable of as a runner, but until then his fantasy value is going to remain extremely limited.

In case you forgot, Rourke produced 360 yards of offence and totalled five touchdowns in the Week 1 win over Edmonton. The dual threat ability that Rourke provides will cause serious issues for an Argonauts defence that allowed 44 rushing yards and a major to Montreal’s pivot triumvirate of Adams, Harris and Dominique Davis ($6,856) last week.

The Argos allowed 107 yards on the ground in their season opener, and if James Butler ($9,054) establishes an early tone, then Rourke’s going to see some huge lanes to run through. Funny that for all the talk about Rourke’s running, we failed to mention he went 26 for 29 passing with three touchdown passes in Week 1. This feels like a possible slugfest between teams if we get Week 1 Rourke versus McLeod Bethel-Thompson ($9,719).

Sounds pretty simple, right? The Argos produced 6 fantasy points in Week 2, and while no one is seriously banking on the Lions to produce 59 points in consecutive games, you also have to imagine that BC isn’t going to be held to just one major like the Alouettes were against Toronto.

The Argos gave up 391 yards to the Montreal offence, yet held the Alouettes to four field goals before giving up a touchdown late in the fourth quarter. That type of luck only holds on for so long.