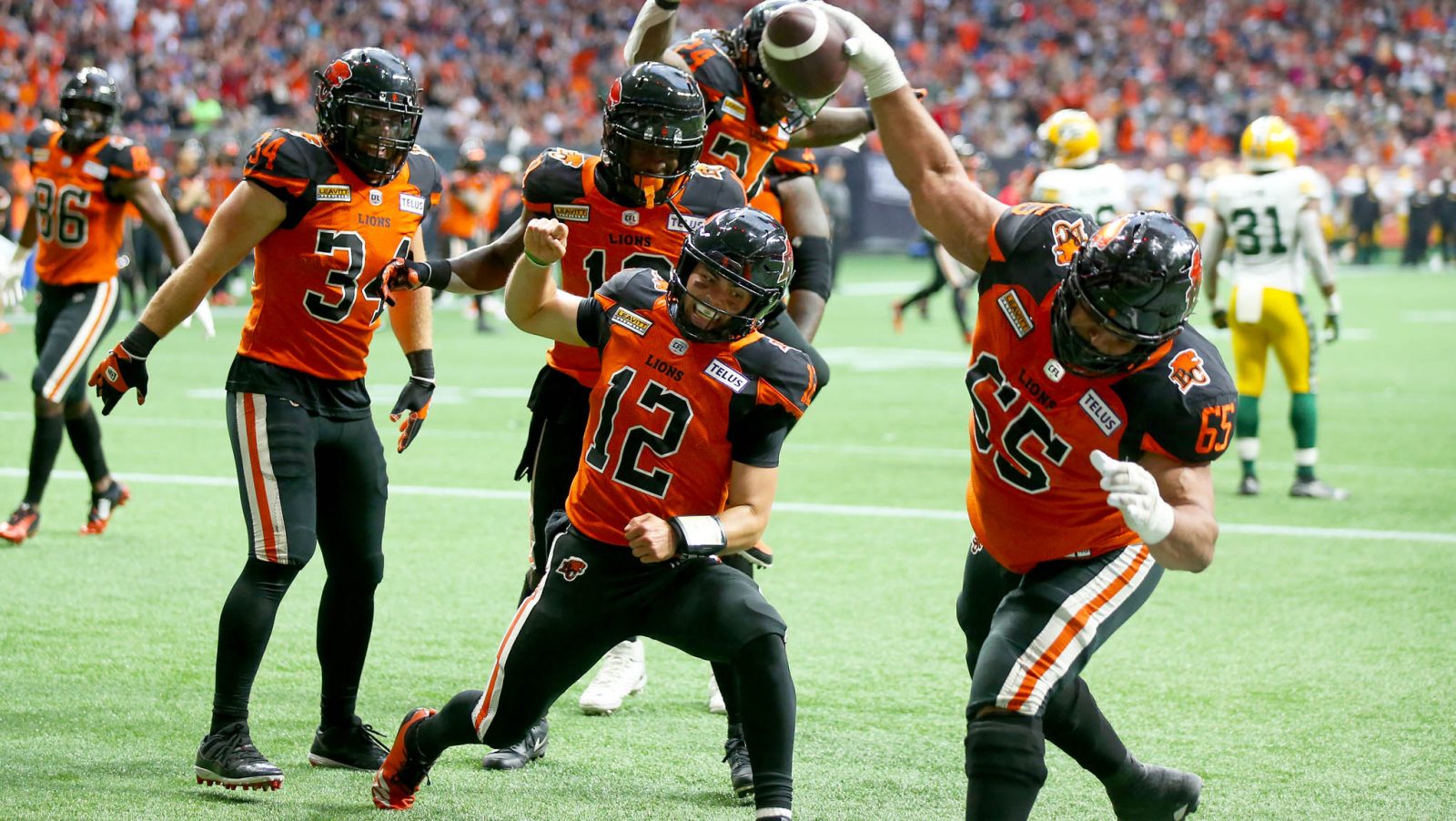 TORONTO — At the risk of pointing out a good thing and messing it up, have you seen the start that the CFL.ca writers are off to this season with their picks?

Each of the six writers are above .500 and three of them — Pat Steinberg, Matt Cauz and Jim Morris — stand at a very impressive 7-1.

For those with long memories that pay close attention, this is a stark difference from the start of the 2021 season, which spawned a Week 3 writeup of a much different tone.

The best part of the writers’ burst out of the 2022 gate is that they’re not playing it safe. Jamie Nye, at 6-2, has the Montreal Alouettes taking down the visiting Saskatchewan Roughriders on Thursday night. Morris, tied for first place, looked at the Hamilton Tiger-Cats going into Winnipeg, shrugged and (basically) said, “I went 4-0 last week. I call the shots here.”

Last week Kristina Costabile was *this close* to being the only person right on the Stamps-Ticats game. She sits at 5-3 on the season, but the sass-filled, swagadocious tweets she had on deck had Hamilton pulled out that win may have broken the CFL internet. For now, they stand at ease in a still smouldering draft folder, waiting on the next upset.

Let’s take a look at the Week 3 picks. 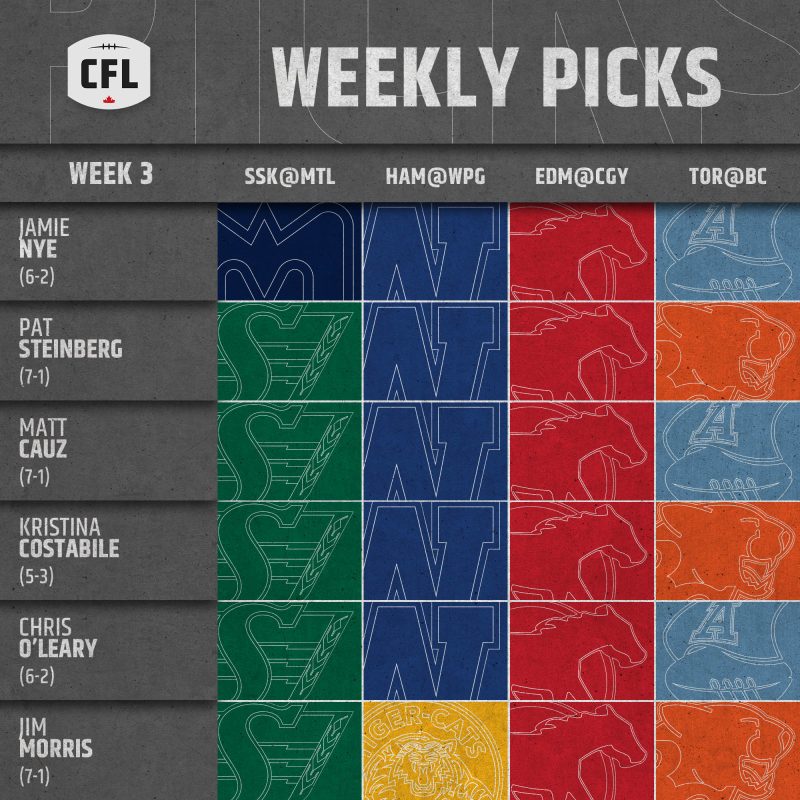 Again, for those that pay close attention, you’ll see a change here. Chris O’Leary’s long, long streak of picking the Alouettes has ended. Jamie Nye has picked up the slack for him this week, sensing that a Riders team that is dealing with a few injuries, coming off of one full day of practice and flying across the country for this Thursday night game is vulnerable. The Als have their share of woes too, with COVID-19 impacting the roster and even team president/CEO Mario Cecchini.

It’s salt in the wound night at IG Field, as the Bombers will wear the white jerseys they donned in their 2019 and 2021 Grey Cup wins…which happened to come at the expense of the visiting Tiger-Cats. The uniform look should please the home crowd in Winnipeg, as they welcome their 2-0 team home to face a familiar foe. There’s been (very early) talk of the Bombers not being at that same level they were last season, after Jeremiah Masoli hung big yards on the defence two weeks in a row. We get the feeling Masoli will do that to a lot of teams this year and that the Bombers will only continue to get stronger as this long season marches on.

The Elks showed improvement in Week 2, hanging with the visiting Riders and even holding a fourth-quarter lead before Cody Fajardo stuck the dagger in those upset hopes via a Mitchell Picton TD toss. While those are good and necessary steps, it’s hard to not lean with the home team Stamps, given their 2-0 record and the momentum they created in their huge comeback win in Hamilton on Saturday. If Ka’Deem Carey is fully good to go, it could be a big night on the ground for the Stamps’ running back.

This is a big game for the Lions, who captivated fans across the country with their dominant takedown of the Elks in Week 1. We don’t think that anyone is expecting another 40-plus-point first-half showing, or a 59-point effort overall. The test for Nathan Rourke as a first-year starting quarterback will be his week-to-week consistency and how he deals with what defences throw at him as his CFL film begins to pile up. It’s a safe bet that the Argos have dug into that Week 1 game and even last year’s tape to find ways to hurry Rourke and make him uncomfortable. This should be a fun one.