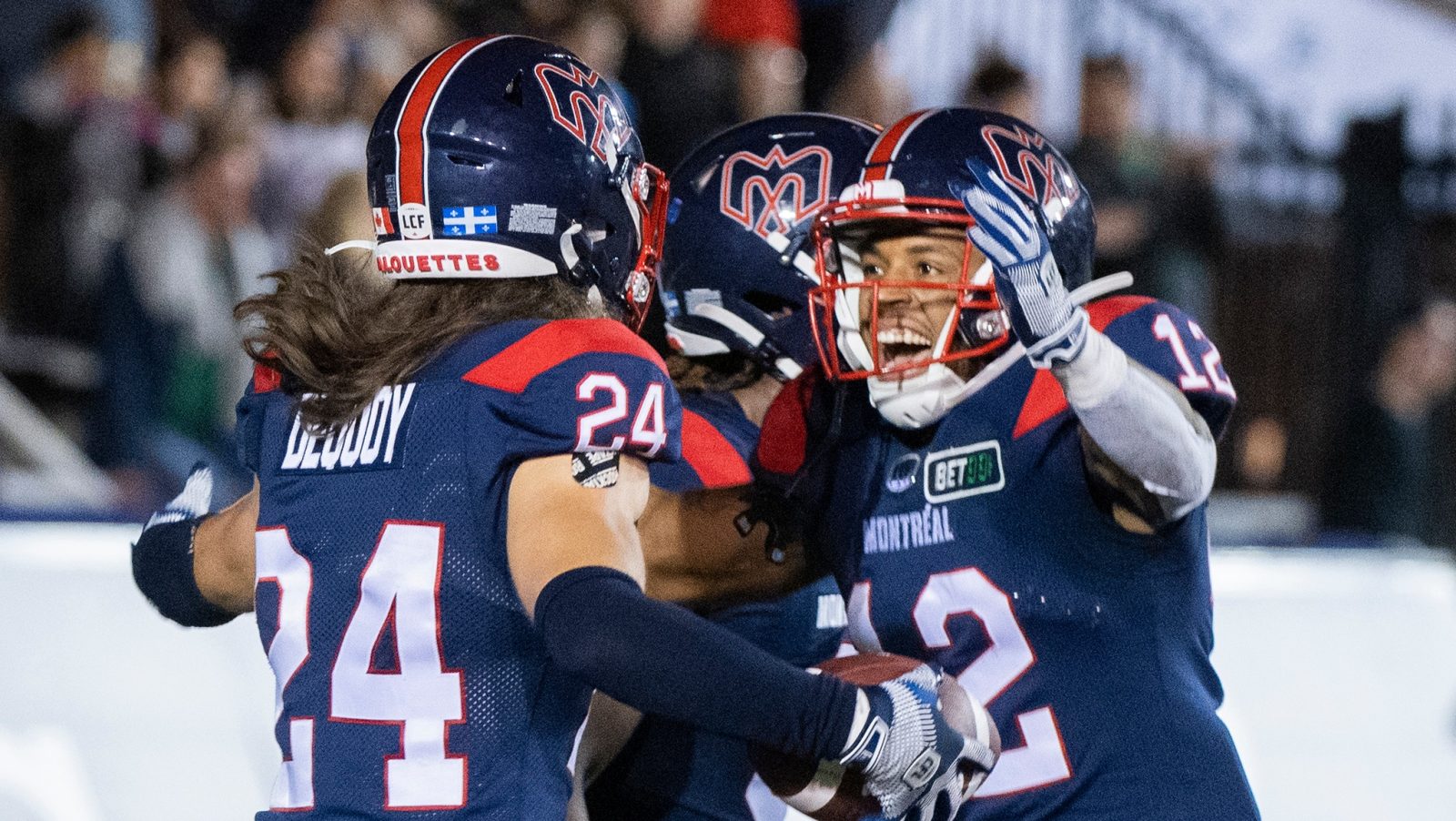 MONTREAL — The Montreal Alouettes started strong and never looked back en route to a dominant 37-13 win over the Saskatchewan Roughriders in their home opener on Thursday night at Percival Molson Memorial Stadium. Defence and special teams led the way as Montreal (1-2) bounced back from two straight losses to claim its first victory of the season.

Chandler Worthy returned the opening kickoff for a touchdown, while Montreal’s defence finished with three interceptions, a touchdown and eight sacks.

Montreal quarterback Trevor Harris made 16 of 22 passes for 262 yards and a touchdown in his first start of the season.

Riders quarterback Cody Fajardo was 17 of 28 for 191 yards and two interceptions in the loss before being replaced by Mason Fine in the fourth quarter.

The Alouettes seized momentum right away with a touchdown on the opening play, as Worthy found a seam and turned on the jets to reach the end zone on an 88-yard kickoff return. It is the second-fastest touchdown to open a game in CFL history at 12 seconds.

Côté added to the lead later in the first quarter with field goals of 21 and 48 yards, putting the Als up 13-0. Defensive lineman Michael Wakefield sacked Fajardo for a loss of 11 yards to close out the opening quarter and set up a third-and-long, but kicker Brett Lauther managed to put the Riders on the board on the ensuing play with a 41-yard field goal.

The Als didn’t waste any time regaining control, as Harris completed a 70-yard touchdown strike to Julien-Grant on the very next play. Julien-Grant burned Nelson Lokombo in coverage down the sideline before gaining an extra 37 yards after the catch for the score. Côté kicked the extra point to give Montreal a commanding 20-3 lead.

Montreal added to its total later in the second quarter with a 16-yard field goal from Côté, which receiver Eugene Lewis helped set up with a 15-yard grab.

Williams made an incredible 35-yard yard catch to spark some momentum with two minutes left before halftime, and Fajardo moved the chains again two plays later with a three-yard run. But Montreal’s defence stood strong to prevent any more gains and force a punt with just over a minute left.

The Riders sustained a long 14-play drive to start the third quarter, taking nearly nine minutes off the clock, but Fajardo was sacked on second-and-goal by defensive tackle Almondo Sewell. Saskatchewan settled for a 20-yard field goal from Lauther to make the score 23-6.

The Riders forced a punt on the next drive, but Montreal’s defence responded with a score just two plays later when defensive back Marc-Antoine Dequoy intercepted a pass off the hands off Williams and returned it to the end zone for a 21-yard touchdown. Côté added the extra point to put Montreal up 30-6.

Worthy nearly had another return touchdown late in the third quarter, but the 72-yard punt return score was called back due to an illegal block. The Als gained another huge chunk of yards on the next play as receiver Tyson Philpot broke free for a 66-yard catch-and-run, with only an illegal horse collar tackle preventing the touchdown.

The big play led to a 17-yard field goal from Côté to start the fourth quarter. Montreal maintained pressure on the next drive as defensive back Mike Jones picked off Fajardo.

The drive would be Fajardo’s last of the night, with Fine taking over under centre. Darius Williams picked off Fine late in the fourth quarter for Montreal’s third interception of the game.

Duke Williams found the end zone with under two minutes to go with a five-yard touchdown grab, but it was too little, too late in a game that was long out of reach.

The Als and Riders will meet again next week on July 2 at 7 p.m. ET at Mosaic Stadium in Regina.