McLeod Bethel-Thompson can’t understand why, exactly, there are those who cling tightly to rigid expectations of what another person should be. He can’t find anything that resonates for him in that sort of feeling, even if he does believe he understands what might be behind it and how it could quickly be remedied.

“It’s just a non-issue for me,” the Toronto Argonauts’ starting quarterback says, over the phone, after a mid-week practice. “It’s just a non-factor. Why would we not allow every person to authentically represent themselves as best as possible?

“I don’t find this a hard question,” he adds.

The Argos’ resident quarterback-philosopher touched on the topics of equality, of acceptance, and of brotherhood as he spoke of his upbringing, of his personal beliefs and of the dynamics of a pro football locker room, and one’s place in it.

There is no question as to where he stands and if you have been paying attention to what the 33-year-old native has been presenting, personality-wise, as he enters his fifth season in the CFL, it will not surprise you.

Intelligent, mindful and well-spoken, the native of San Francisco wears a kind, respectful heart on his sleeve. After one particular game last season, in which Ottawa rookie Caleb Evans had a tremendously rough outing against the Argos, the veteran sought out the young pivot in the immediate aftermath in order to try and lift Evans with some encouraging words.

Bethel-Thompson’s empathy, though, extends beyond the football field and beyond his fellow quarterbacks to the world at large. 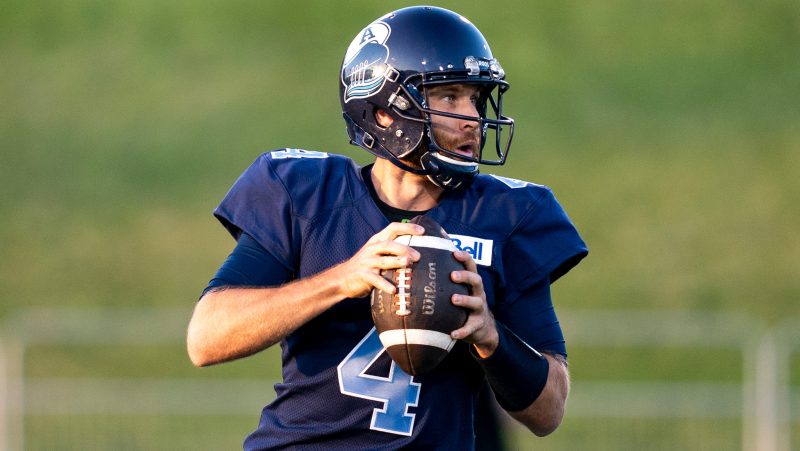 McLeod Bethel-Thompson says that there still needs to be growth and conversation that pushes the envelope in terms of acceptance for sport to be fully inclusive (Kevin Sousa/CFL.ca)

“There’s so many people that are trying to find themselves,” he says.

“Trying to authentically represent themselves. And I think that that’s a really hard thing to do. It’s even harder in a world that wants to label you and wants to tell you who you are.

Have strides been made in his sport? Would an openly-gay teammate be accepted, be welcomed in a football locker room? There’s no doubt for Bethel-Thompson, personally. But he throws cold water on the notion that his own feelings would be greeted with unanimity at the present time.

“There would be a section of it (the room) that would have a big problem with it,” he says, not mincing words, not willing to paint a rosier picture than the one that exists.

“That’s something that we need to evolve to and we need to push the envelope and have those conversations.”

There have been many gay players on many football teams in the past. And there are, most certainly, many right now. But as has always been the case, they are forced to hide their authentic selves.

“I think just by numbers alone, there has to be some,” says Bethel-Thompson, “and it’s really unfortunate that they have to live in secret.”

Of the collection of teammates he’s had through his pro career that would be in the bucket of having a problem with it, Bethel-Thompson believes that locked gate could be swung open in dramatically rapid fashion.

“I really think they have an issue with it in theory,” he surmises, “and when they see the actual application of it, those fears would go away really quickly. They would be alleviated really quickly. As more of those experiences are exploded, you just realize that it’s a non-factor and it’s only a factor because of the story they’re telling themselves in their head.”

Bethel-Thompson comes by his live-and-let-live manner through geography and lineage, it would appear, even if there is more to it than that.

Things like conscious decision-making most certainly shape a person’s outlook as they mature into adulthood and as they age. But being raised in San Francisco, by parents whom Bethel-Thompson describes as being “so much hippies that they don’t consider themselves hippies” would surely have had its effect.

His father, Mark, worked with world-renowned concert promoter Bill Graham, and by extension with acts like the Grateful Dead, Jefferson Airplane and Janis Joplin. His mother, Patricia, Bethel-Thompson describes as “kind of an artist and an eclectic person.” “She’s an amazing artist.” Of both his parents he affectionately says “they both kinda tapped in and tuned out.” 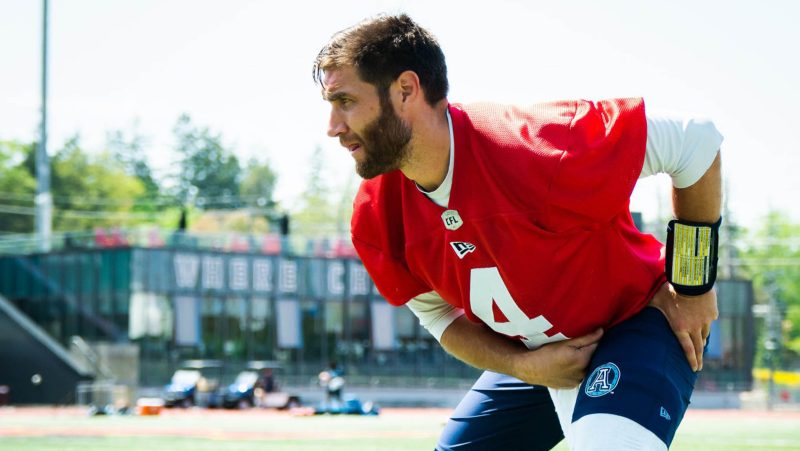 Bethel-Thompson says his San Francisco upbringing showed him every type of person as he grew up (Argonauts.ca)

That they chose San Francisco as a place to settle was absolutely by design, says Bethel-Thompson. His parents, he believes, really felt like they could fit in. That they could be their authentic selves there.

“San Francisco’s a great place for that,” he says. “It really prides itself on people being themselves and allowing everyone to have their own space to be themselves. Other places don’t have that same mentality.

“Growing up, I guess was fortunate (to be) exposed to a lot,” he says of his formative years. “I mean, there’s every type of person in San Francisco.”

A football team’s locker room can be like that, pulling together people of different backgrounds, talents and desires. And it can a place of growth and inspiration once prejudices are set aside. That’s probably true of any workplace setting, really. But for Bethel-Thompson, it’s most assuredly true that his own workplace can be a great equalizer, once preconceived notions are set aside. That’s because the only thing that really matters in a sport such as football is that your teammates can depend on you between the stripes.

“I think that the football locker room, when done right, is one of the greatest areas of meritocracy and working together,” Bethel-Thompson explains.

“It embodies what it is to work together because to have a successful team everyone has to come in and give something of themselves to the greater good. By sacrificing a piece of their time, their energy, their body, their blood, sweat and tears, they’ve given something to the team.

“In return, the team’s job as a collective is to support each other unequivocally whether you like the guy or not. Whether you get along, whether you see eye to eye, politically.”

And in the matter of acceptance, more generally speaking? In the world at large?

“If you are not trying to convert somebody or convince somebody that they need to adapt to how you see the world,” begins Bethel-Thompson, “then their behaviour does not have an impact on how you behave and how you act.”