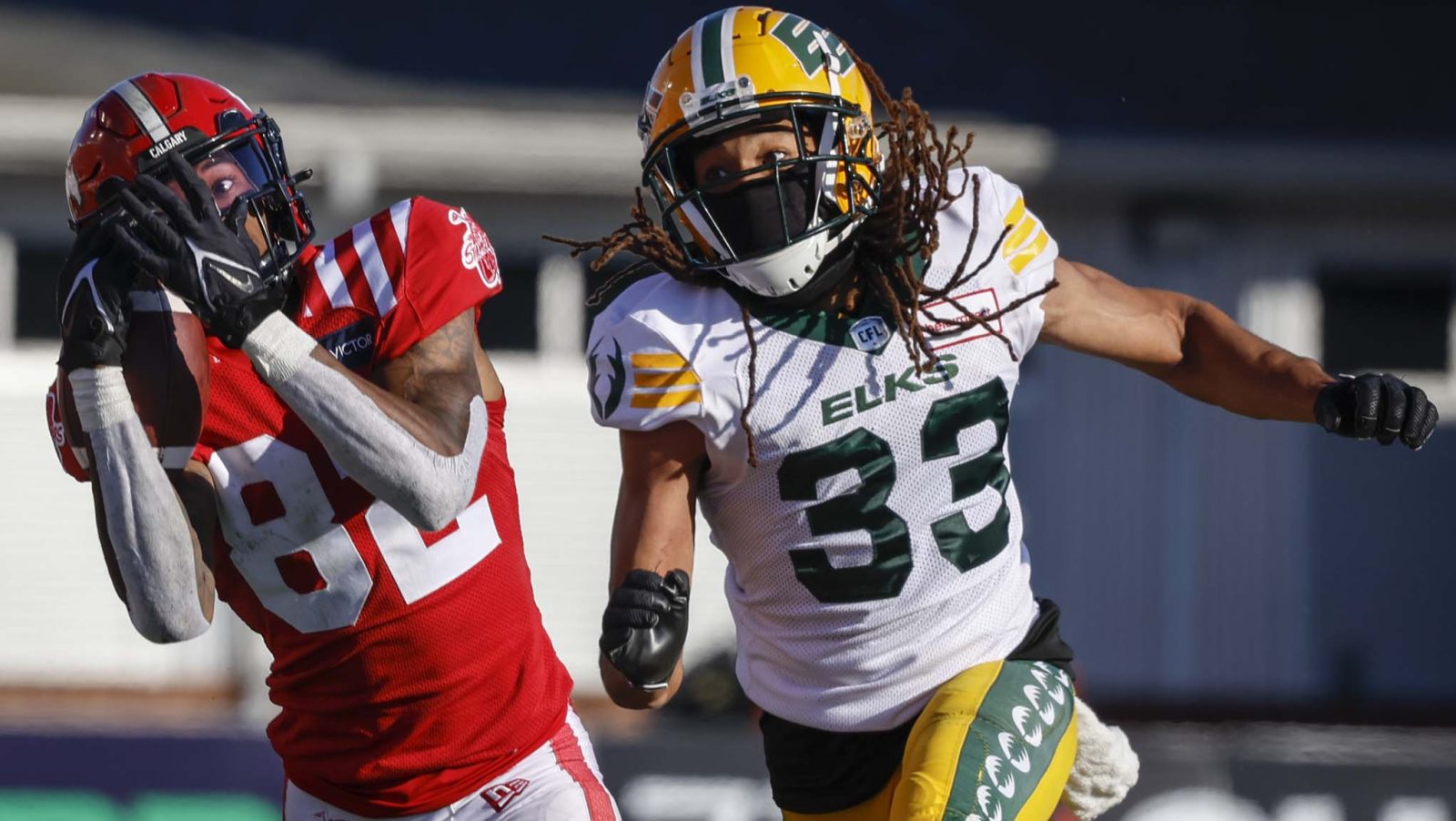 CALGARY — The Calgary Stampeders seem to be making a habit of completing come from behind wins this season.

Trailing by 10 points at one time in the game, Calgary came alive in the second half, led by a six-reception, 173-yard, one-touchdown performance from Malik Henry.

Through three weeks of play, Henry is now third in the league in receiving yards, with 238. He’s one of five receivers with two touchdowns.

RELATED
» Recap: Stamps pull out another comeback win
» Box Score: Elks, Stamps by the numbers
» Through the Lens: Elks at Stampeders

“That was a great play by Cameron Judge to make that interception and Dave had a great play call and Bo had a hell of a throw,” Henry, a sophomore in the Calgary receiving corps told 770 CHQR after the win.

“We struggled at first and Dave (Dickenson, the Stamps’ head coach) told me to just keep my head in the game and make plays in the second half.”

“We know he’s fast, he made some great catches, they were playing low on him so he definitely showed he’s a big weapon,” added Dickenson on Henry’s timely and impactful plays for the win.

“I just think we were trying to grind it out and trying to lean on them a little bit, tried to stay aggressive with our o-line, d-line to make sure they felt us but we didn’t really outplay them too much. It was a tight game,” Dickenson continued.

“The guys believe and kept playing, I really enjoyed seeing our short yardage troop put it away at the end there.

“I thought our back end battled, they kept playing. That’s a great receiving corps we went up against so I thought they did a good job. We’re going to keep working, it’s early in the year, we’ve got some time off. We want to try to get better.”

The Stampeders now head into their first bye week of the season before facing Edmonton for round two of the Battle of Alberta in Week 5.