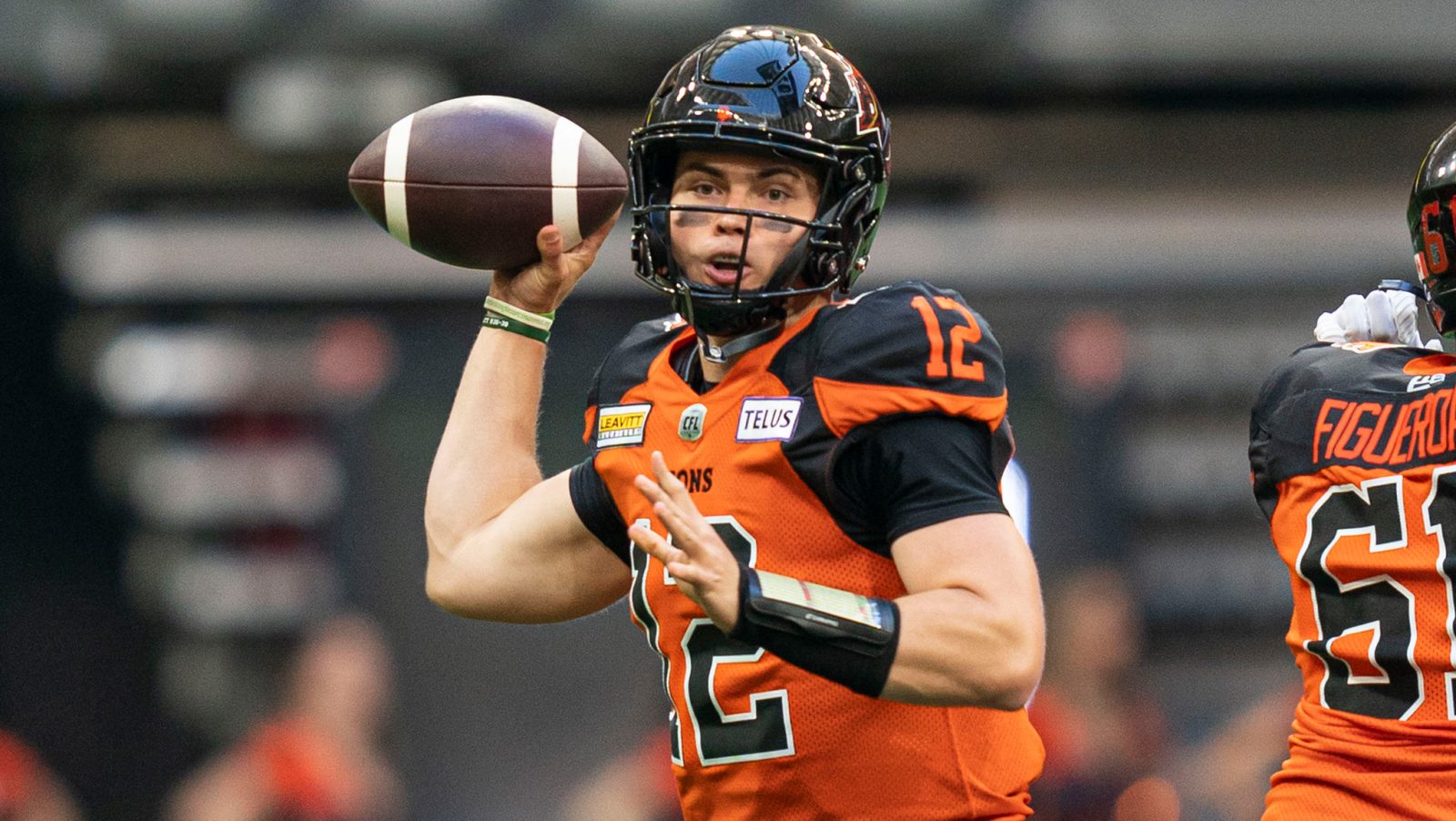 VANCOUVER — With a historic performance from quarterback, Nathan Rourke, the BC Lions were able to best the Toronto Argonauts on Saturday night, improving to 2-0 to start their season.

Rourke was able to help lead his team to a 44-3 win over Toronto. In yet another impressive outing he completed 39 of his 45 passing attempts, throwing for 436 yards and four touchdowns.

The 436 passing yards from Rourke set a CFL record and now mark the most passing yards thrown in a single game by a Canadian quarterback.

Dominique Rhymes was the leading receiver for the Lions offence on Saturday night. The veteran wideout caught all eight of his targets for a team-high 143 yards and two touchdowns.

Jevon Cottoy also made an impact in the BC passing game, reeling in seven receptions for 71 yards and a touchdown on Saturday night.

RELATED
» Rourke makes history in win over Argos
» Box Score: Argos, Lions by the numbers
» Through the Lens: Toronto at BC
» Watch: Lions deny Argos on goal line

Playing in front of another energized BC home crowd, it didn’t take long for Rourke and the Lions offence to get going.

On the opening drive of the game, the young quarterback completed his first three passes before extending the drive with an 11-yard rush of his own.

With an opportunity in the red zone, Rourke was able to find Bryan Burnham for a 19-yard touchdown pass, capping off a six-play 68-yard scoring drive.

Following the score from BC, Toronto appeared to be poised for an answer. Looking downfield, Bethel-Thompson was able to connect with DaVaris Daniels for a 48-yard reception to help put the Argos on the goal line.

However, on the goal line the Toronto offence ran into a stout Lions defensive front. BC was able to put together a three-play goal line stand to hold the Boatmen off the scoreboard.

Rourke went back to work on the second drive of the game, connecting with receiver, Dominique Rhymes downfield for a 46-yard completion to put the Lions back in scoring range. Toronto would hold the Lions out of the end zone, but they would still manage a score, as Sean Whyte connected on a field goal to push the BC lead to 10-0.

To open the second quarter of action, Bethel-Thompson had the Argos offence driving downfield. But inside the 25-yard-line, BC defensive linemen, David Menard found his way into the Toronto backfield for a sack to help stall the Argo drive.

Toronto was forced to bring out kicker, Boris Bede, who connected on a 23-yard field goal to give his team their first score of the game.

On the ensuing drive for the Lions, it was running back, James Butler who was called upon to lead the BC offence down field. Butler was targeted four times on the drive, adding 21 yards on the ground and another nine through the air to get the his team into scoring position.

Inside the Toronto 20-yard-line, Rourke dropped back to pass and was once again able to connect with Rhymes, this time in the end zone to help push the BC lead midway through the second quarter. 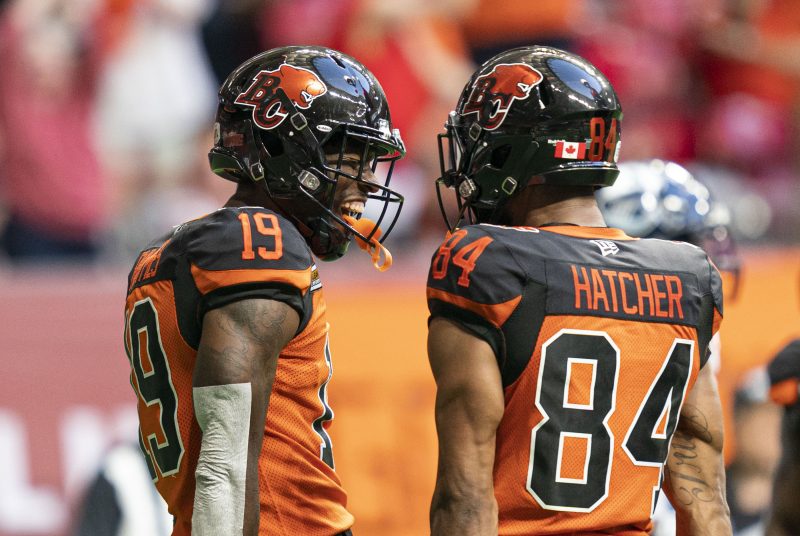 Dominique Rhymes averaged 17.9 yards per catch in the win over Toronto (The Canadian Press).

The Lions would manage to get the ball back with just under a minute to play in the first half. Rourke continued to show a sense of veteran play beyond his years. Completing two quick passes for 21 yards to put the Lions in field goal position with one second left in the quarter.

Whyte took the field to attempt the last second field goal, and he delivered, connecting on a 44-yard field goal. Unfortunately for the Lions the field goal was negated by a penalty, keeping the lead at 17-3 to end the half.

For the Lions, Burnham and Butler left with injuries in the first half and would not return to game action.

After holding the Toronto rushing attack to 37 yards on 10 attempts through the first two quarters of action, the BC defence continued to wreak havoc on the Argo offence in the second half.

The defensive efforts continued on in the third quarter. On a second and long, Toronto defensive linemen, Wynton McManis was able to break through the BC offensive line for a sack. The Lions were forced to try for a 50-yard field, which Whyte was able to convert to extend the Lions lead to 17.

Late in the third quarter, the BC offence had the ball back and wasted no time finding the end zone as Rourke needed just four passes to score. A 29-yard touchdown reception from Cottoy highlighted a five play scoring drive to end the third quarter for the Lions.

The Lions offence continued to find success through the air to start the fourth quarter. Rourke completed two quick passes to Rhymes and Lucky Whitehead, before calling his own number on a second and short to extend the drive. With the fresh set of downs, the BC quarterback found an open Rhymes for a 24-yard touchdown pass.

Mackie would punch in a touchdown on the goal line to seal a 44-3 Lions win and place the exclamation point on a historic night for the BC quarterback.

Looking ahead to next week, the Lions will travel to the nation’s capital to take on the Ottawa REDBLACKS to kickoff Canada Day weekend. Meanwhile, the Argos will close the week out with a Monday night matchup against the Winnipeg Blue Bombers.