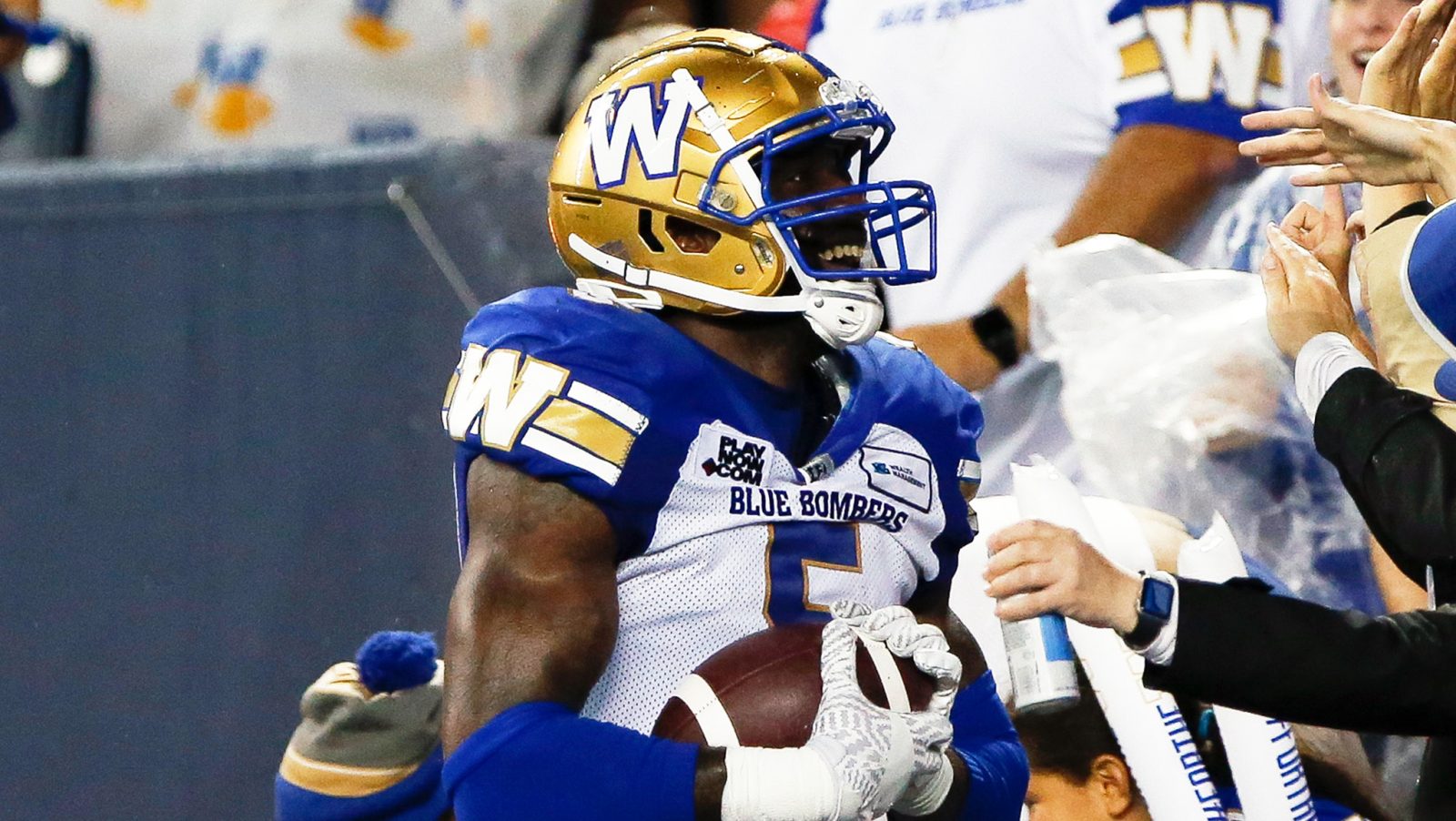 Hello, Nathan Rourke. All that and complete humility as well, eh?

“I’m just a distributor of the football out there,” he said after Saturday night’s win against Toronto.

Here are the Week 3 takeaways.

WE ARE NOT PAYING ENOUGH ATTENTION TO RYAN PHILLIPS

Ahem. A word or two about the Lions’ defence and its own top-shelfiness and great abilities to humble. That unit looks tremendous so far in 2022 and the crew’s coordinator, Ryan Phillips, does not get enough credit for his transition from sensational, all-star player to sensational, all-star coach. At least not so far.

And that’s not just me saying that. Head to Twitter and search his name, and you will see that more than a few football people came out over the weekend to sing his praises and point out that we are not paying enough attention to Ryan Phillips.

Check Phillips’ own Twitter feed and you’ll see he isn’t out for glory, just solid defence. In answering a Kenny Stafford tweet lamenting that not enough people are talking about the job Phillips is doing, the third-year DC and Defensive Backs Coach wrote: “Gameday is all that matters. I’m only concerned about what’s working for us to be successful.”

We have not been paying enough attention to Ryan Phillips.

BONUS TAKEAWAY: Know what, other than Ryan Phillips, makes the BC defence better? Nathan Rourke and the offence, that’s what. Said defensive back Garry Peters, just after the Lions’ 44-3 demolition of Toronto: “I gotta deal with him in practice all week. They killed us on Day 2.”

THAT GUY MIGHT WELL BE THE ROY KENT OF THE CFL

On Thursday night, as Montreal defensive back Najee Murray kept on insisting that he would be around the ball no matter where on the field that Saskatchewan was going with it, I began to think of those soccer fans in Ted Lasso who would serenade the great Roy Kent with “He’s here! He’s there! He’s Every(bleeping)where!”

That was Najee Murray’s night. Five tackles and two knockdowns. Decent numbers on the page but so much more than that when you consider the types of plays and when they happened. At one point, Murray made three big stops in succession. And there were about a dozen more instances where number 12 was in the immediate vicinity, backing up a teammate, just in case.

To paraphrase the great and aforementioned Roy Kent: Najee Murray ain’t no muppet.

DEATH, TAXES, AND THE WINNIPEG DEFENCE

Week 1, I thought the Winnipeg defence was kind of meh, against Ottawa. Week 2, I thought they were pretty terrific, in the second half, at least. But still, a ways up the road from where they’d been over the two or three previous seasons.

Friday night’s win over Hamilton was the stuff of nightmares for opposing offences, as the Blue Bombers’ defence returned to ridiculous form, making big plays at big moments, most often with an accompanying thunder and with grave consequences for the Ticats.

How good was that? Well, during his postgame conference, head coach Mike O’Shea grinned broadly, when answering a question about Willie Jefferson, who was at his blocking-out-the-sky best during the game. “He’s awesome,” said O’Shea. “He’s a lot of fun to be around.”

Now, I’m not saying O’Shea is the dour sort, because he is not. He’s a really good dude, amiable and talkative in most scenarios. However, his post-game persona is usually one of, shall we say, a methodical tight-lippiness. To see him smiling and chuckling at the podium is like seeing a giddy Ron Swanson on Parks And Recreation.

Point is, that’s how good Winnipeg’s defence was on Friday night. And they don’t even have Brandon Alexander in the line-up yet.

LET THE DOG SEE THE RABBIT AND IT WILL RUN FASTER.

Trailing against Montreal, trailing big against Hamilton, trailing against Edmonton. Ultimately, though, it ended up being three in the win column for the Calgary Stampeders, who certainly seem to enjoy the challenge of climbing Deficit Hill on a weekly basis.

“We keep showin’, no matter what we do, we can come back and overcome it,” said quarterback Bo Levi Mitchell in a boisterous Calgary locker room after a 30-23 win against Edmonton.

There have been horses that, famously, had the ability to dig down and gallop so much harder whenever they caught a glimpse of a challenger pulling up beside them, or were trailing at some point during the race. Seabiscuit comes to mind and so does Northern Dancer.

We can add the white horse to that list in 2022. Because for the Calgary Stampeders, does it really count as a win if it didn’t involve a comeback?

THERE WILL BE NO PAGE TURNING. NO PAGE WILL BE TURNED

The Toronto Argonauts had their barn burned all the way to the ground on Saturday night. Not only did the Lions provide the torch job, they stood around toasting marshmallows over the structure as it collapsed.

So after that, how does a team like the Argos flush the memory and begin looking forward?

“C’mon, man,” said a seething quarterback Mcleod Bethel-Thompson afterward. “We got our ass kicked. We don’t turn the page at all. We look at ourselves, deeply in the mirror. We’ll find out who the heck we are.”

“It sucks,” said Head Coach Ryan Dinwiddie. “But we can’t let it ruin our season.”

Dinwiddie’s answer to a follow-up question was honest, but not what you would call bursting with confidence. Asked if the mistakes his team made were correctible, the coach’s reply was short. “I think so,” he said.

The Argos need to build a good replacement barn in a hurry. And it needs to be super sturdy, too. Winnipeg is next for them and the Bombers defence sure does enjoy demolishing things.

AND FINALLY… July 9 can’t come soon enough for me. Winnipeg at BC. That game’s gonna be hot sauce on a cracker.