Power Rankings: Some respect on the Lions’ name 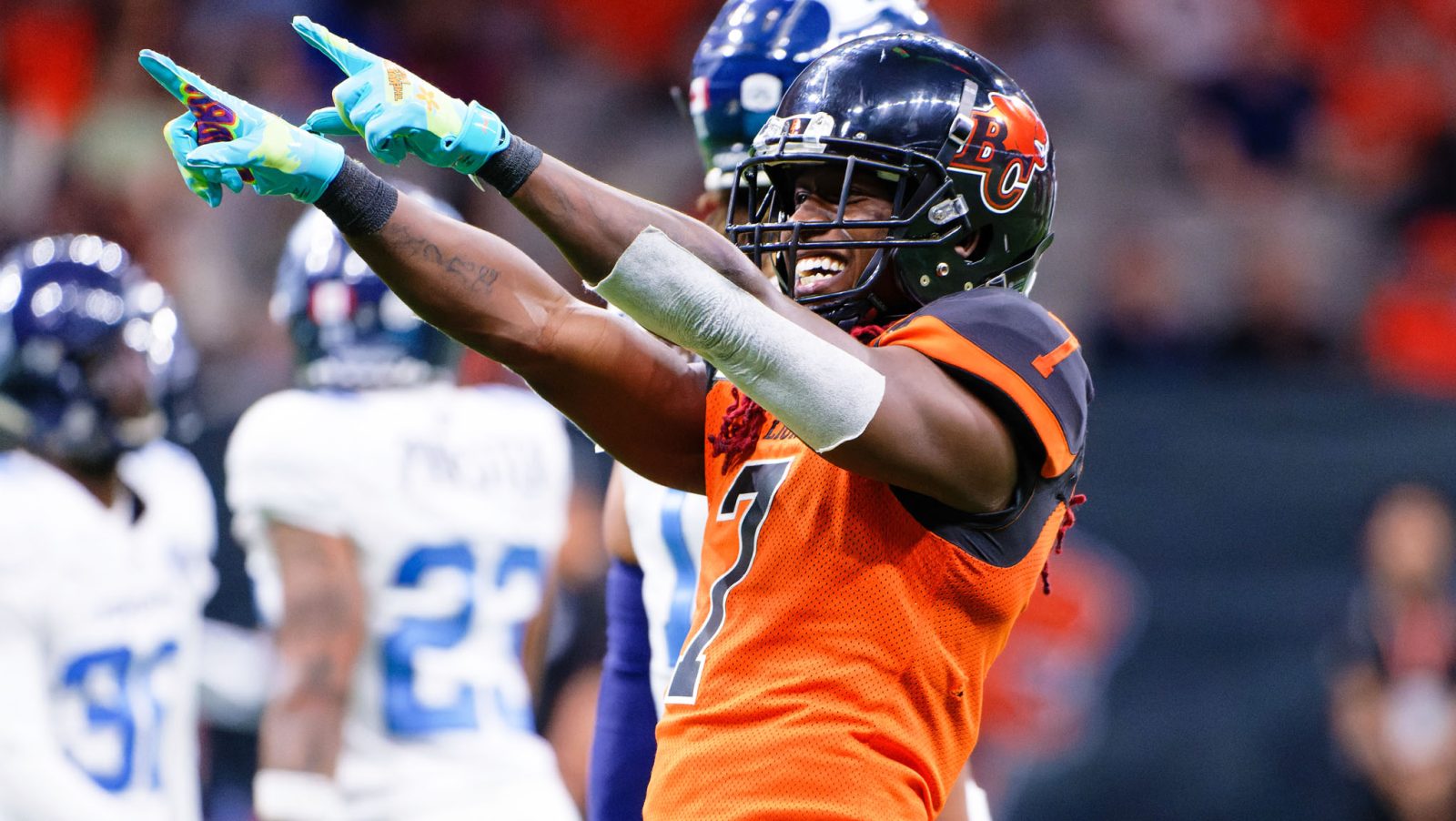 Power Rankings: Some respect on the Lions’ name

TORONTO — When the tweet went out, the BC Lions were leading the Toronto Argonauts somewhere in the neighbourhood of 30-3.

There were some contentious replies, some debate on where the teams should land, a shocking amount of shots at the intelligence of those who rank the teams, if we’re being honest and here we are a good day and a half later, with some momentous news.

No, the Lions aren’t sitting at No. 1 in this week’s power rankings. That spot belongs as it has for the entirety of this still-wet-behind-the-ears season to the Winnipeg Blue Bombers. Nathan Rourke and the Lions haven’t even had a chance yet to come at the kings, nor to miss or hit in that encounter. That’s possibly a Week 5 conversation to be had, as the Lions host the Bombers on July 9. But let’s not get too far ahead of ourselves.

That may be a problem for many Canadian football fans at the moment. Watching Rourke play his first two games as the Lions’ starter with surgical precision, supreme confidence and, let’s just call it what it is, an intergalactic crap ton of offence is a force of its own. Its gravitational pull wants to grab you and fling you down the what-if rabbit hole.

We think we’ve struck a balance between staying on the periphery of that, with some reasoned placement for what looks to be a team on the rise with a fascinating home grown story to it. In short: The Lions haven’t caught up to the likes of 3-0 Winnipeg, but the convincing manner in which they’ve won — even if it’s against 0-3 Edmonton and 1-1 Toronto — deserves recognition. They have that this week.

Let’s get into the rankings.

After a couple of weeks’ worth of moaning (from some) on the Bombers’ defence bending a little too close to the breaking zone, we got a statement game against the Ticats, who were held to 12 points at IG Field. That criticized defence has now gone two games without allowing a touchdown. The game was headed to a Bombers win before Willie Jefferson hauled in that deflected Dane Evans pass, but it served as the perfect dagger on the night. The scary part for the Bombers? They know they can still be better.

A couple of things to consider as the Lions climb their way up this page: The Elks aren’t as bad as the Lions made them look in Week 1. We can guess that you could say for the Argos, who took an alarming loss to the Lions on Saturday night. Are you noticing a trend here? Two games into the season, the Lions are flat out embarrassing teams. If their opponents aren’t that bad, the Lions might just be that good. Now they get a stiff challenge with a short week and their first road game of the season, going against Jeremiah Masoli and the Ottawa REDBLACKS. Thursday night feels like must-see TV.

The Stamps are looking familiar, fighting their way through their first three games and getting comeback wins in each of them. There’s lots of love to spread around here to many of the usual characters, but let’s shine the spotlight on Malik Henry. The second-year receiver is third in the league with 238 receiving yards and a pair of touchdowns in three games, almost doubling his 2021 productivity (124 yards in nine games) already. Henry and the Stamps go into their bye week at the perfect time, with a perfect record. They’re off to Edmonton for a Week 5 rematch with the Elks when they get back to action.

From surrendering an opening kickoff return touchdown, to a 191-yard, two-interception performance from Cody Fajardo, the Roughriders looked every bit like a team on a short week, rolling into Montreal on fumes. The Riders’ first loss of the season is a good test for a team with the greatest of aspirations this season. Championship-level clubs are able to drag a game like that to the recycle bin, hit delete and move on. The frustration was palpable on the Riders’ sideline on Thursday. Let’s see what they turn that energy into this week at home, hosting the Alouettes.

The Alouettes were finally rewarded with a convincing win — in their home opener, no less — after letting two winnable games slip away from them. That kind of complete, three-phase effort should ease some of the pressure that seemed to surround the club with its 0-2 start. True, the Als took down a travel-weary opponent, but that’s not their problem. Getting rewarded after coming away empty-handed in their first two games should be enough to put the Als on the right path. Their trip to Saskatchewan for Saturday’s rematch with the Riders should pose a stiffer challenge for Trevor Harris and Co.

The REDBLACKS come out of their bye week with a great opportunity in front of them, in a visiting Lions team that’s playing on a short week and travelling three time zones to do it. The Lions bring a ton of offensive punch, but so does Jeremiah Masoli. The REDBLACKS will no doubt be ready for this one, as they look to prove that their 0-2 record is unbecoming of them. Even with BC’s travel challenges, this game could provide a ton of pre-Canada Day fireworks in the nation’s capital.

The word came up at least twice in head coach Ryan Dinwiddie’s post-game press conference on Saturday: Embarrassed. The Argos have some work to do this week, as they break down when and exactly how they ran into the buzz saw that is the BC Lions. The Argos have just one touchdown on offence so far this season and were blanked by BC. Defensively, the Argos surrendered 583 (!) yards to Nathan Rourke. They’ll have to rebound quickly, as they host the Bombers on Monday, July 4 at BMO Field, where Andrew Harris gets to see his former team for their only regular-season meeting on the schedule.

It’s easy to look at the Ticats’ unexpectedly slow start and see a falling sky. That’s not to say the team’s first 0-3 start since 2017 isn’t something that needs to be remedied immediately; just that the Ticats have it within them to pull things together. Dane Evans leads the league in passing yards (884) and despite being mired in injuries, Hamilton’s o-line allowed just one sack against a Bombers d-line that feasts on quarterbacks. On the other side of the ball, the d-line had four sacks on Friday and intercepted Zach Collaros once. Still, the Ticats are at that point where wins are becoming a must. We think they’re closer than they might look.

At the risk of being a carbon copy from last week, we’re seeing positive improvement each week from the Elks, who had a solid first half in Calgary against a good Stampeders team. And as we said last week, baby steps and moral victories aren’t going to be celebrated by anyone in Green and Gold, but you can see that they’re inching closer to the win column. If the Ticats take them lightly, they could be in for a rude awakening on Canada Day.