Steinberg’s MMQB: A superstar is born 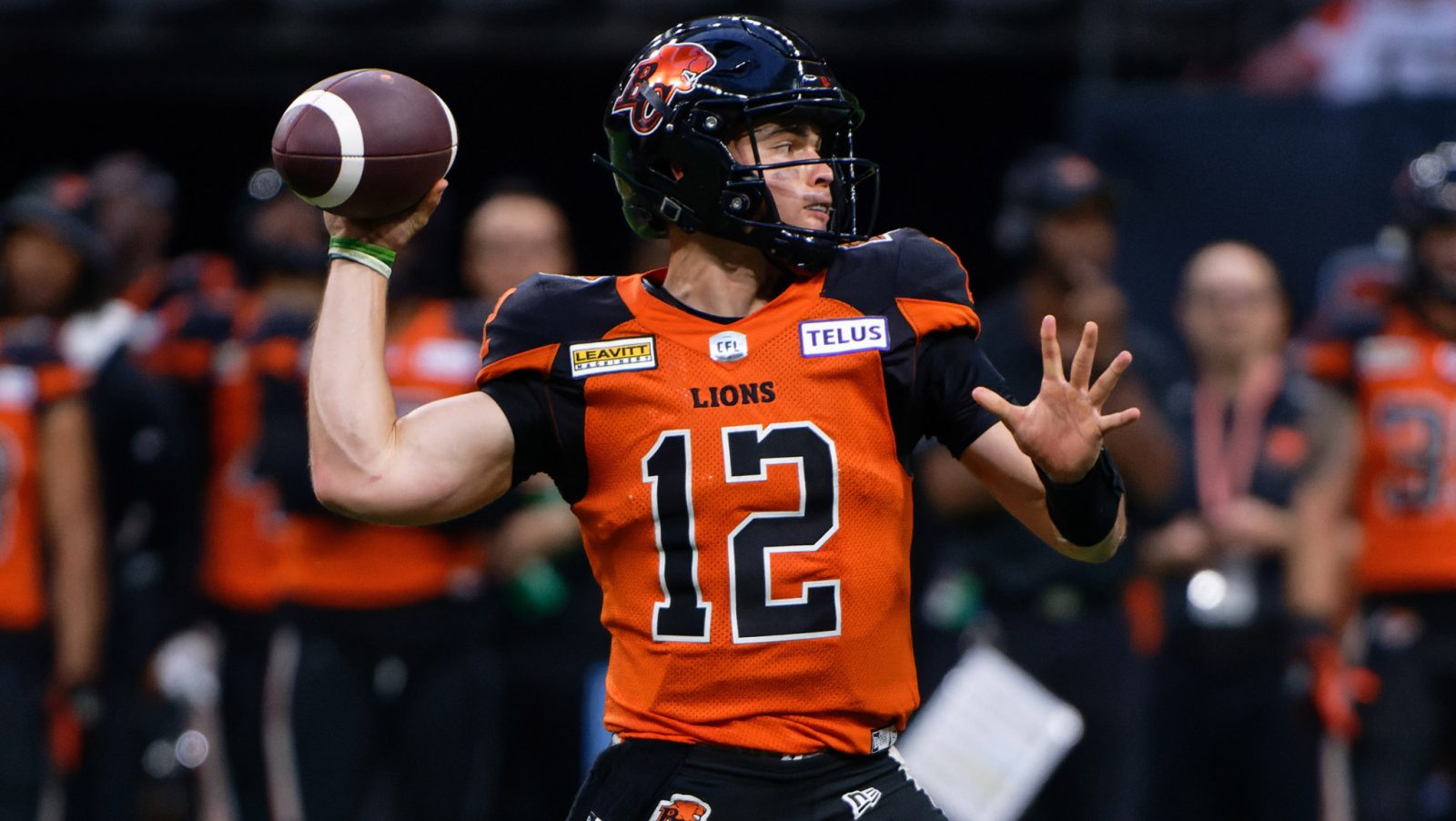 Steinberg’s MMQB: A superstar is born

Rourke’s country of birth is well documented. If you didn’t know he was Canadian prior to this weekend, you certainly do now. Rourke’s 436 passing yards in Saturday’s 44-3 win over Toronto were the most ever by a Canadian quarterback, eclipsing the prior mark (427) set by Montreal’s Gerry Dattilio in 1981.

As much as Rourke prides himself on being a great quarterback period, not just a great Canadian quarterback, there’s large significance in his nationality. By and large, the faces and biggest names in this league have been quarterbacks over the years, from Doug Flutie, to Damon Allen, Anthony Calvillo and Ron Lancaster.

RELATED
» Rourke makes history in win over Argos
» Bio: Nathan Rourke by the numbers
» Stats: Check the leaders after Week 3

None of those CFL greats were Canadian, though. Rourke was born in Victoria BC, raised in Oakville Ont., and played almost all his minor and high school football in this country. The league hasn’t had a player like Rourke to market the product around since Russ Jackson was winning Most Outstanding Player awards in the 1960s.

On the field, Rourke is at a different level right now. His 436 passing yards were the eye-popping number in Week 3. It was five total touchdowns in Rourke’s first start of the season, going back to Week 1. He’s thrown nine incomplete passes and zero interceptions in two starts this year. Rourke is a gifted pocket passer with great arm strength and has high-end athleticism, which allows him to be just as dangerous when he decides to scramble or run the ball.

I know it’s still very early in the season, and in Rourke’s career. He’ll have rough games or rough stretches and the Lions won’t win every game, let alone by average margins of more than 42 points. I will say, though, many of us have been touting Rourke as a future CFL star since he entered the Draft class of 2020. 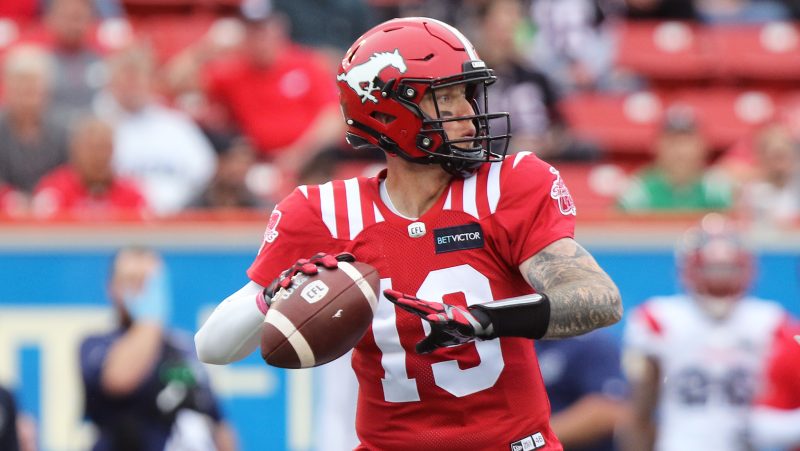 Three games in, Bo Levi Mitchell is second in the league in passing yards, with 833, with four touchdowns to two interceptions (The Canadian Press)

Speaking of faces of the CFL, two-time Most Outstanding Player Bo Levi Mitchell is loudly reminding people he’s still got plenty left in the tank. After an outstanding second half in Week 2 against Hamilton, Mitchell threw for 321 yards and a touchdown to help the Stampeders to a third straight win when trailing at halftime on Saturday night. And, not surprisingly, Calgary’s offence has followed in lockstep.

I’ve liked the majority of Mitchell’s work this season. He’s been accurate and has limited big mistakes, which is important. But for the first time since 2018, Mitchell has looked explosive and has displayed the arm strength we’ve seen in prior 5,000-yard passing seasons.

I’ve also been impressed with Mitchell’s ability to use all his options. Malik Henry is the most recent Stamps receiver to go over 100 yards, as he racked up 173 and a touchdown in Saturday’s 30-23 win over Edmonton. He joins Kamar Jorden and Richie Sindani, who each hit the mark in wins over Hamilton and Montreal, respectively.

For most of the partnership between Mitchell and head coach Dave Dickenson, Calgary has been known as one of the CFL’s offensive powerhouses. We’re seeing a lot of those signs through three weeks of 2022.

It was neat to see Montreal pick up their first win of the season on Thursday, mainly because they were so close in their first two games. The Alouettes lost a Week 1 nail biter in Calgary before an even more heartbreaking setback in Week 2. In their home opener against the Riders, however, Montreal didn’t leave much doubt.

The Als set the tone early when Chandler Worthy returned the opening kickoff 88 yards for a touchdown. Thanks to a solid, mistake-free outing from Trevor Harris at quarterback and an outstanding night defensively, Montreal has its first win of the season ahead of a rematch with Saskatchewan on Saturday afternoon.

Finally, it seems like the Winnipeg Blue Bombers are suffering from the same syndrome they did in 2021: the really good syndrome. The two-time defending Grey Cup champs have allowed just 41 points in three wins, including just 12 against Hamilton on Friday, and yet it feels somewhat ho-hum. That fits the Bombers just fine, though. They’d love to be “boring” en route to a third straight title.