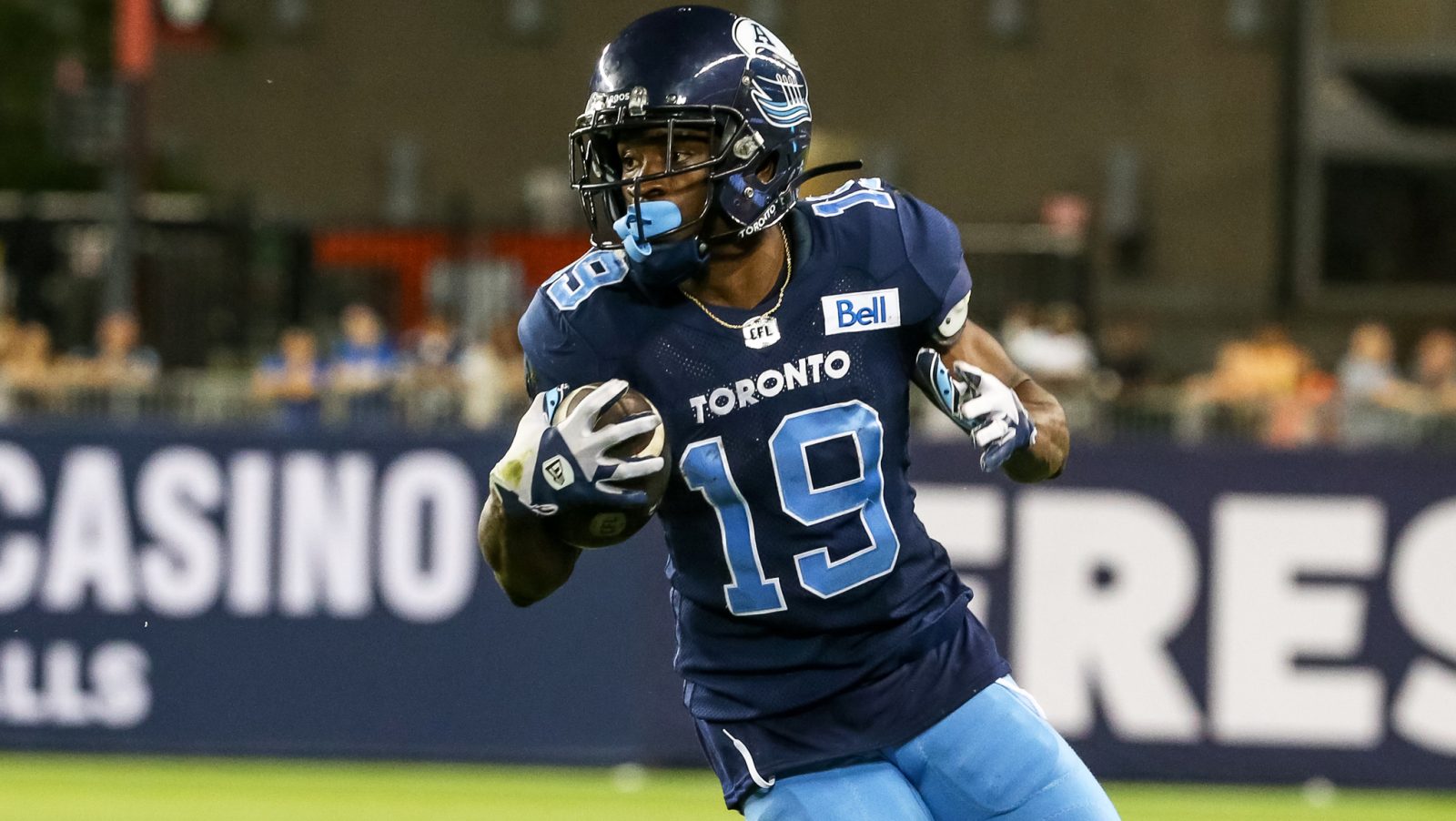 TORONTO — It’s Canada Day Weekend and there’s plenty of Canadian football on the horizon for fans across the country to enjoy.

Things get started on Thursday night as the BC Lions travel east to take on the Ottawa REDBLACKS. The Lions are coming off an impressive win over the Toronto Argonauts and will be hoping that continues against another East Division team this week. The REDBLACKS, on the other hand, are fresh off a bye and with an 0-2 record, they’ll be hungry to get their first win of the campaign.

Friday night is Canada Day and what better way to celebrate than with some CFL football? The Hamilton Tiger-Cats play host to the Edmonton Elks on Friday night as both teams have yet to tally a win this season. Something has to give for one of them under the lights at Tim Hortons Field.

The Montreal Alouettes and Saskatchewan Roughriders face each other for the second time in as many weeks on Saturday night. Fans at Mosaic Stadium will be excited to welcome their Riders home as Cody Fajardo and co. hope to get revenge after falling to the Als last weekend in Montreal.

And finally, the week ends on Monday as the Winnipeg Blue Bombers head to BMO Field to take on the Toronto Argonauts. Winnipeg sits tied at the top of the West Division with a 3-0 record while the Argos sit atop the East at 1-1. Who gets the win on a rare Monday night game? 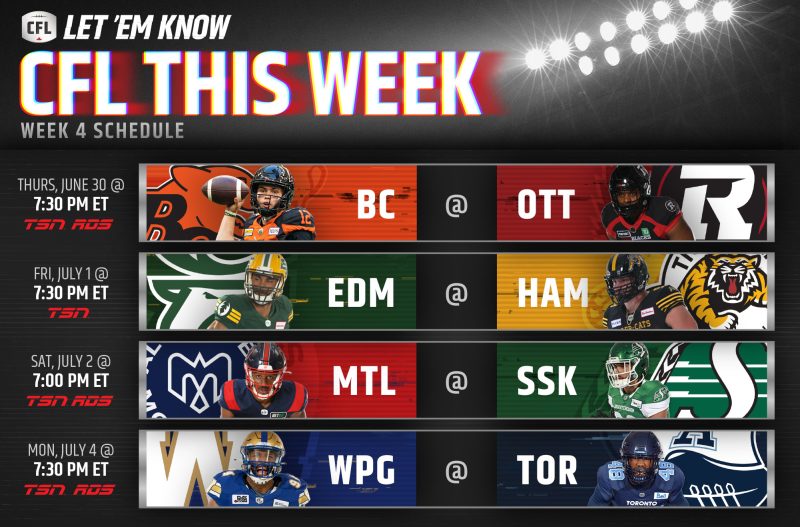